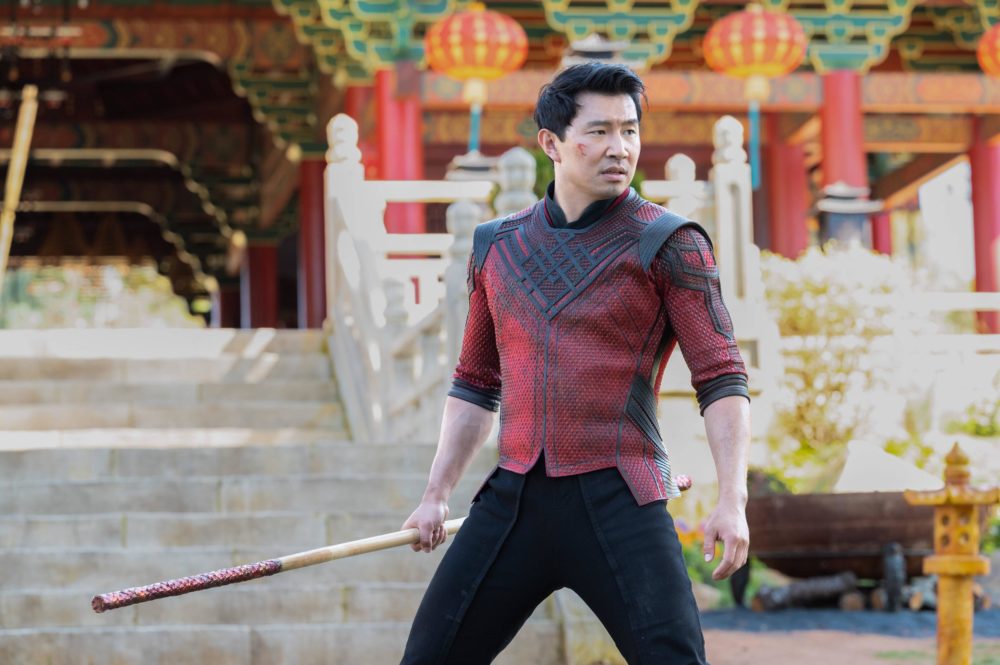 After Avengers: Endgame, Marvel fans thought it was it for the cinematic universe. However, the studios weren’t done just yet. They came out with Phase 4. For those who don’t know about this phase system, basically, all the films are divided into Phases. They are divided such that each Phase ends with an Avengers film. Phase 3 though, had 2 Avengers films, Infinity War and Endgame. And as I mentioned earlier, fans thought that this was the end of the cinematic universe, but they were greeted with Phase 4. We have movies like Thor: Love And Thunder, Spider-Man: No Way Home, Eternals, etc. One such film is Shang-Chi. In today’s article, we would be discussing about 15 best Shang-Chi cosplay photos on the internet.

Shang-Chi and the Legend of the Ten Rings is a superhero movie based on the Marvel Comics character Shang-Chi. The story is completely based on Marvel Comics with slight changes here and there, just like every other Marvel movie. With its first Asian superhero movie, the studios are already winning the hearts of each and everyone around the globe. This is by far one of the biggest Marvel releases, alongside Endgame and Infinity War. Shang-Chi and the Legend of the Ten Rings are doing especially well in Asian countries. The movie has a Rotten Tomatoes score of 92% from critics and 98% from audiences.

With Shang-Chi fever spreading around the world, more and more people are showing affection for the first-ever Asian superhero by Marvel. There are numerous cosplay artists out there who have taken upon the persona of the superhero. Unlike all the other cosplays/characters, Shang Chi’s look is comparatively easy to recreate. First, what you need to do is turn magically into an Asian man. If you are an Asian guy, you are good to go. Alright, jokes aside, but seriously it is so easy to pull off, yet not many can play the part to perfection. And thanks to us, you will be looking at carefully picked out 15 best Shang-Chi cosplay photos on the internet.

First up on the list is Bryan Lee. He is an American cosplayer. And boy, did he nail that outfit. Bryan’s cosplay of Shang-Chi is on point. The hair looks brilliantly, he even did get the outfit right. The staff that he is seen carrying looks the same too. Although the outfit could have been better with proper fit and better material. Overall, A for effort and A+ for perfect portrayal. 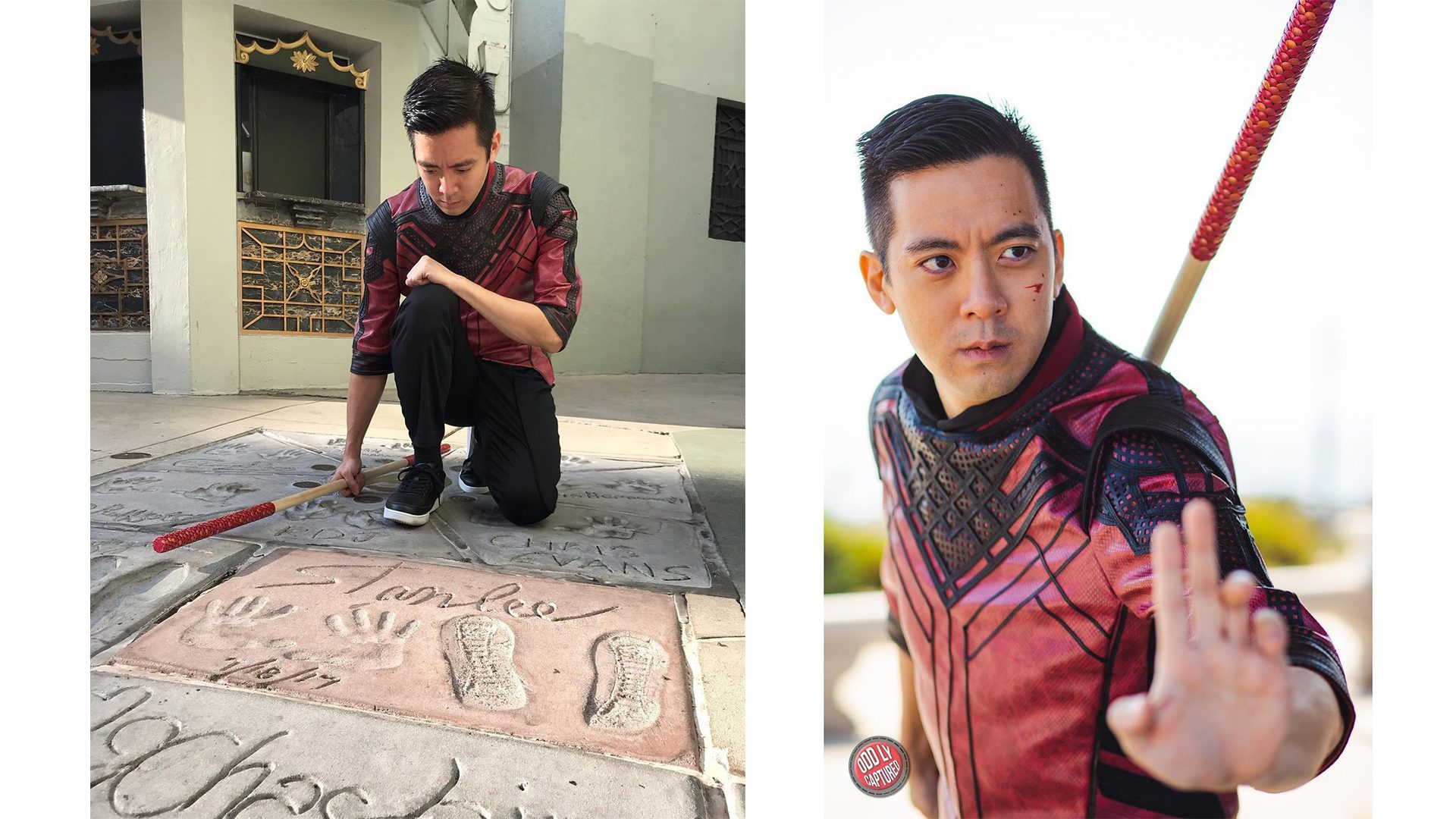 Next up is a UK-based cosplayer who goes by the Instagram handle digichai. As you can see in the image itself, Jamie Rees did perfectly cosplay the new Marvel hero. His Shang-Chi costume is just perfect. One look, and you know that a lot of time and effort has been put into it. 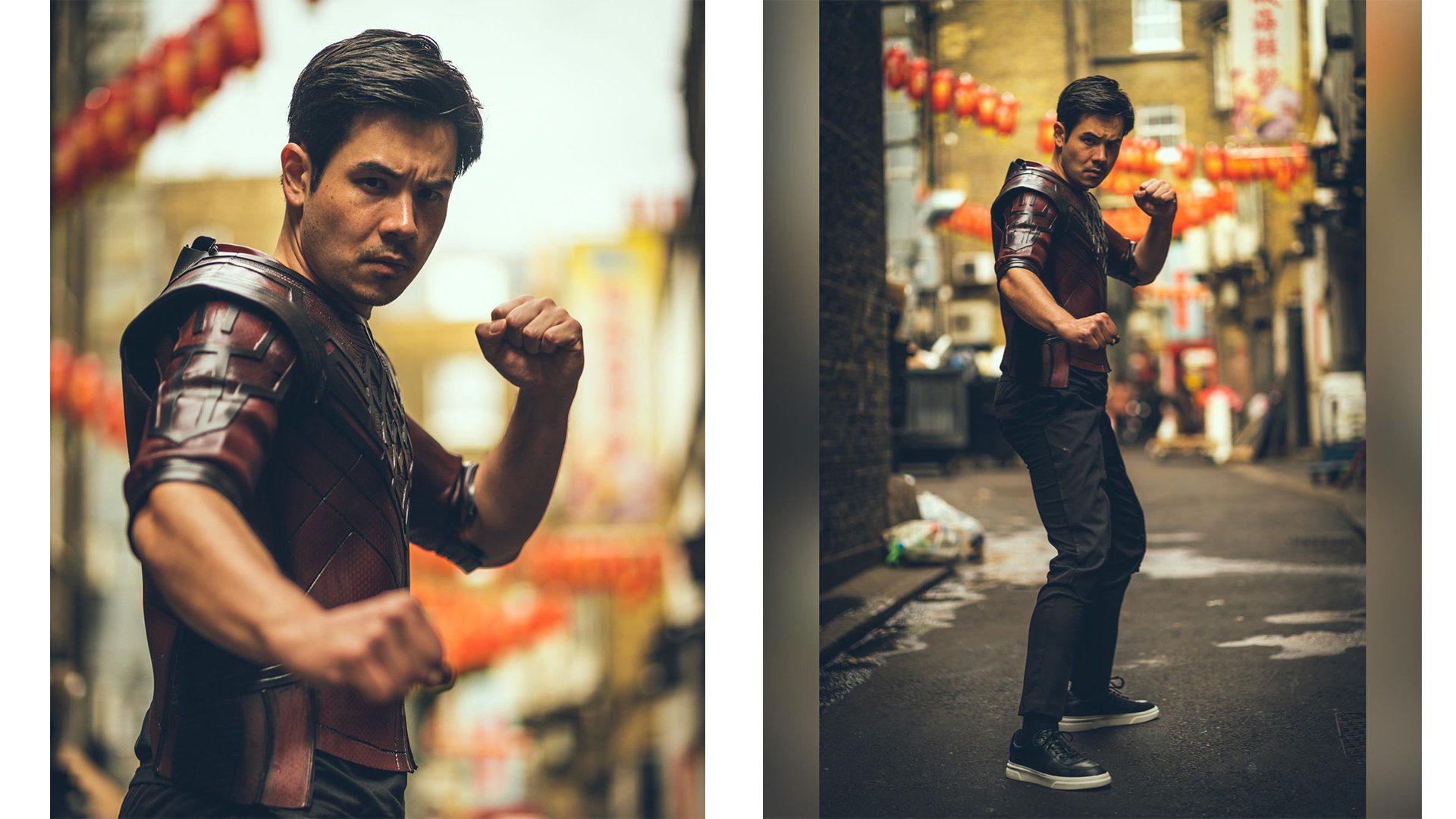 Shang-Chi cosplay by this man is an art. He looks exactly like someone who has been training his whole life in martial arts. Moreover, happidonut got the costume and hair perfectly done. Just take a look at him, I bet he can be a part of the next installment in this movie series. 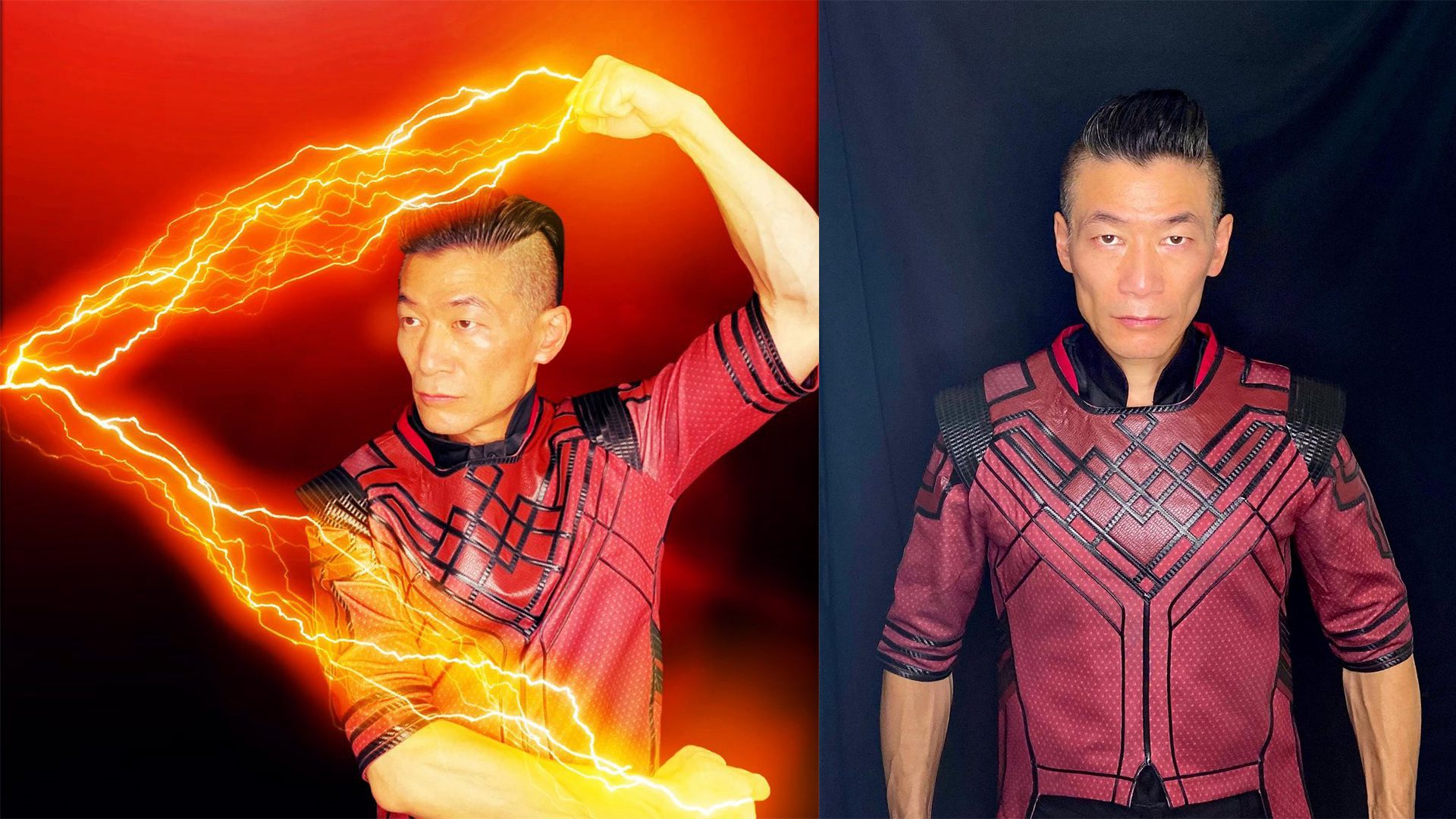 This is strange, Spider-Man cosplaying as Shang-Chi?! Well, let me explain spiderboy_wondercosplays is a cosplayer from the UK. And he did do a fabulous job pulling off the Shang-Chi cosplay. Well done Spider-Man or Spider-Boy, if you are fancy. The whole attire looks amazing. Who knew Spider-Man has a knack for cosplaying. 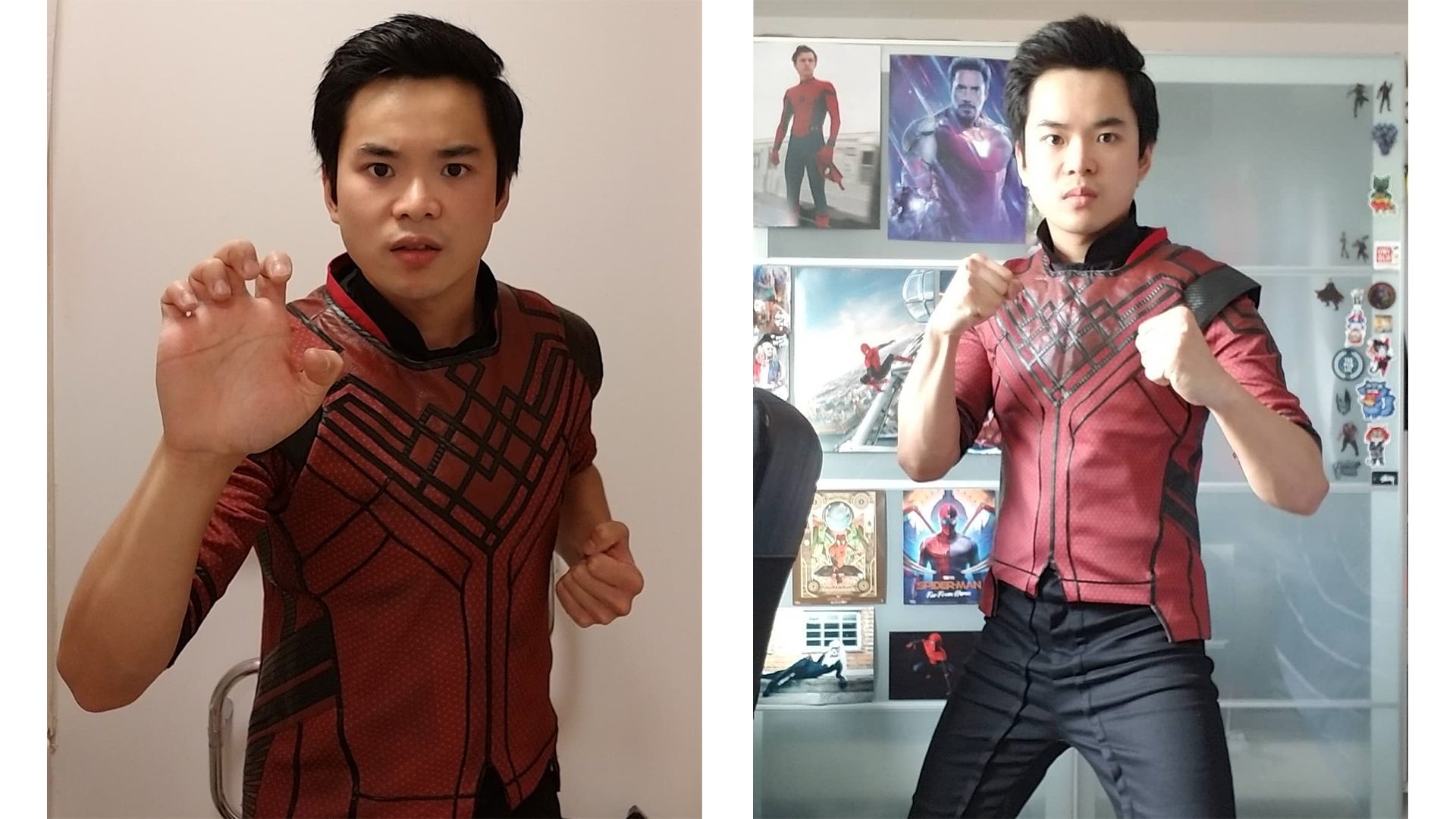 You will be surprised as to how many female cosplayers cosplay as male characters. Esther yTan is one of those cosplayers. Moreover, she did cosplay as Shang-Chi, and man, do I have a crush on her. Her Marvel Superhero costume looks amazing. Although it could have been better. The purplish sequence on it does not really represent the exact attire. However, she did do an amazing job, and cosplaying is all about admiration and how you look at a certain character. So, kudos to you Esther. 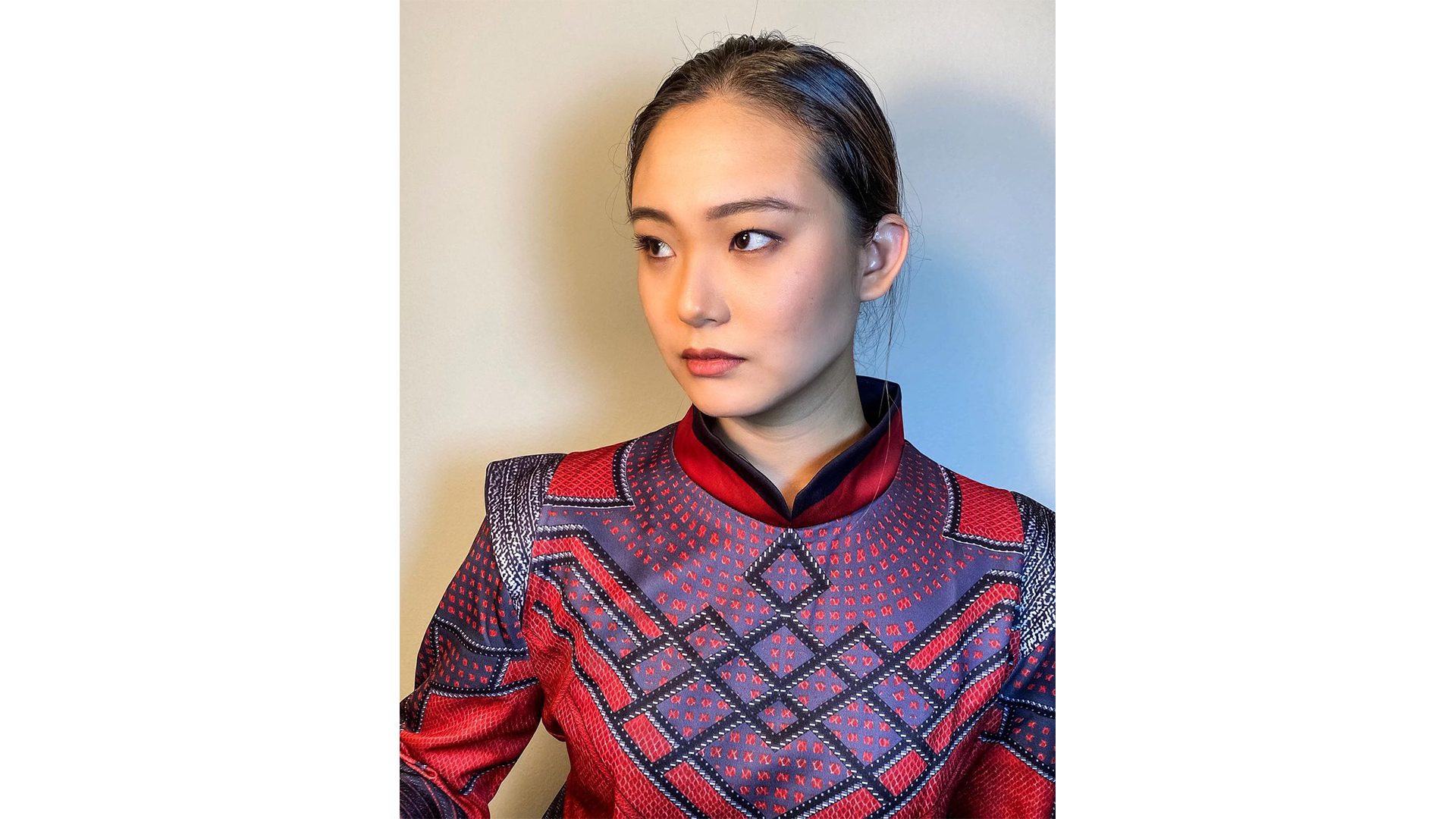 This is by far the cutest and most adorable cosplay on this list. Meet, mydadmademedressup (I don’t know her real name, so just the Instagram ID). Her dad dresses her up in numerous cosplay outfits and puts the photos on her Instagram handle. To be honest, she is the winner hands down, everyone else can go home. But I do have to do my job, so here is the adorable little cosplayer. 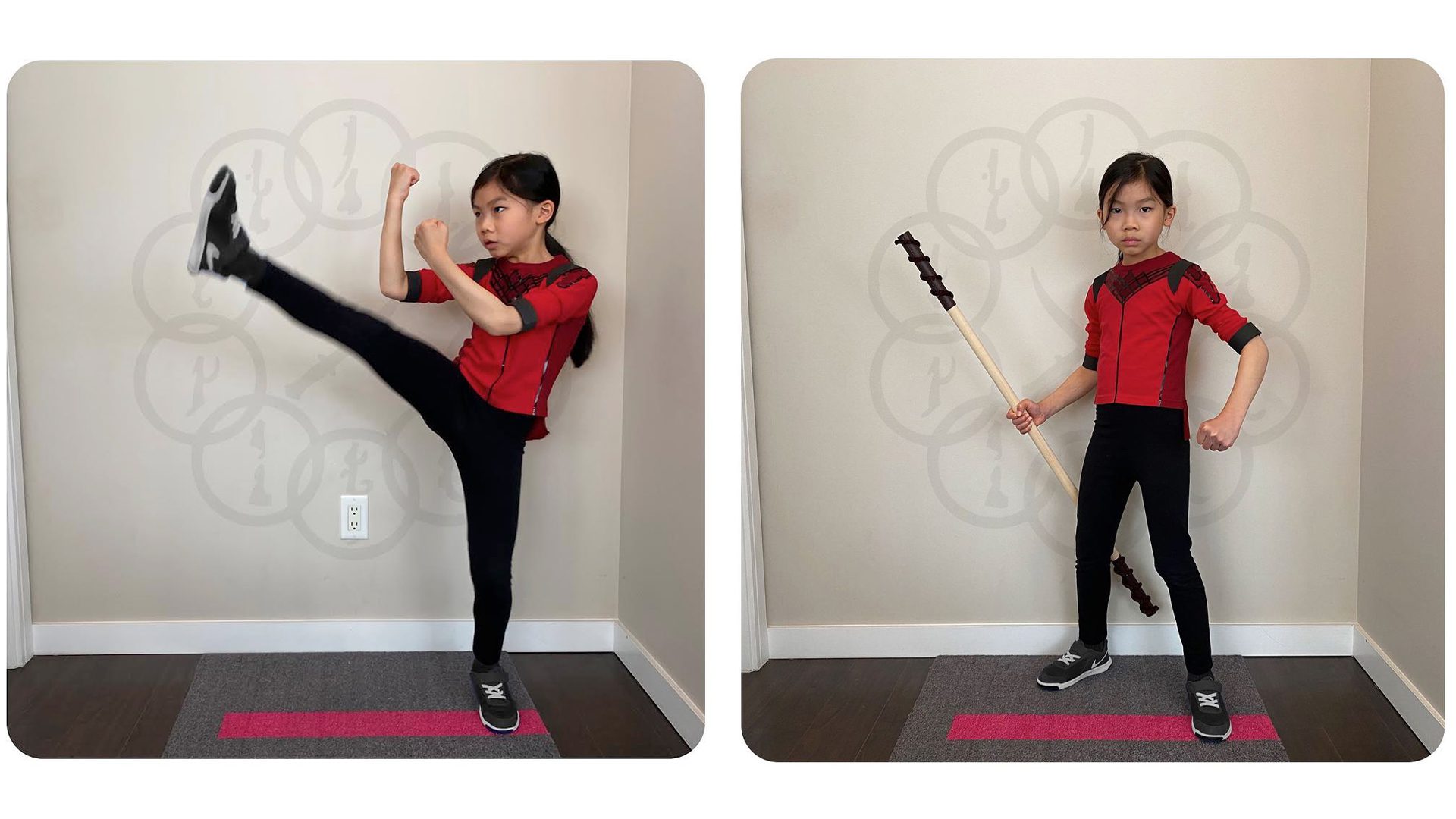 This cosplayer is a bit specialist when it comes to the Marvel Superhero Shang-Chi. Back in 2019, pyroleon15 did cosplay as the comic book version of Shang-Chi at San Diego Comic-Con. And with the new film coming out, we can’t expect any less from him. No disappointments here. He played the part perfectly. As you can see in the picture, he did pull off both versions of Shang-Chi (comic and movie). 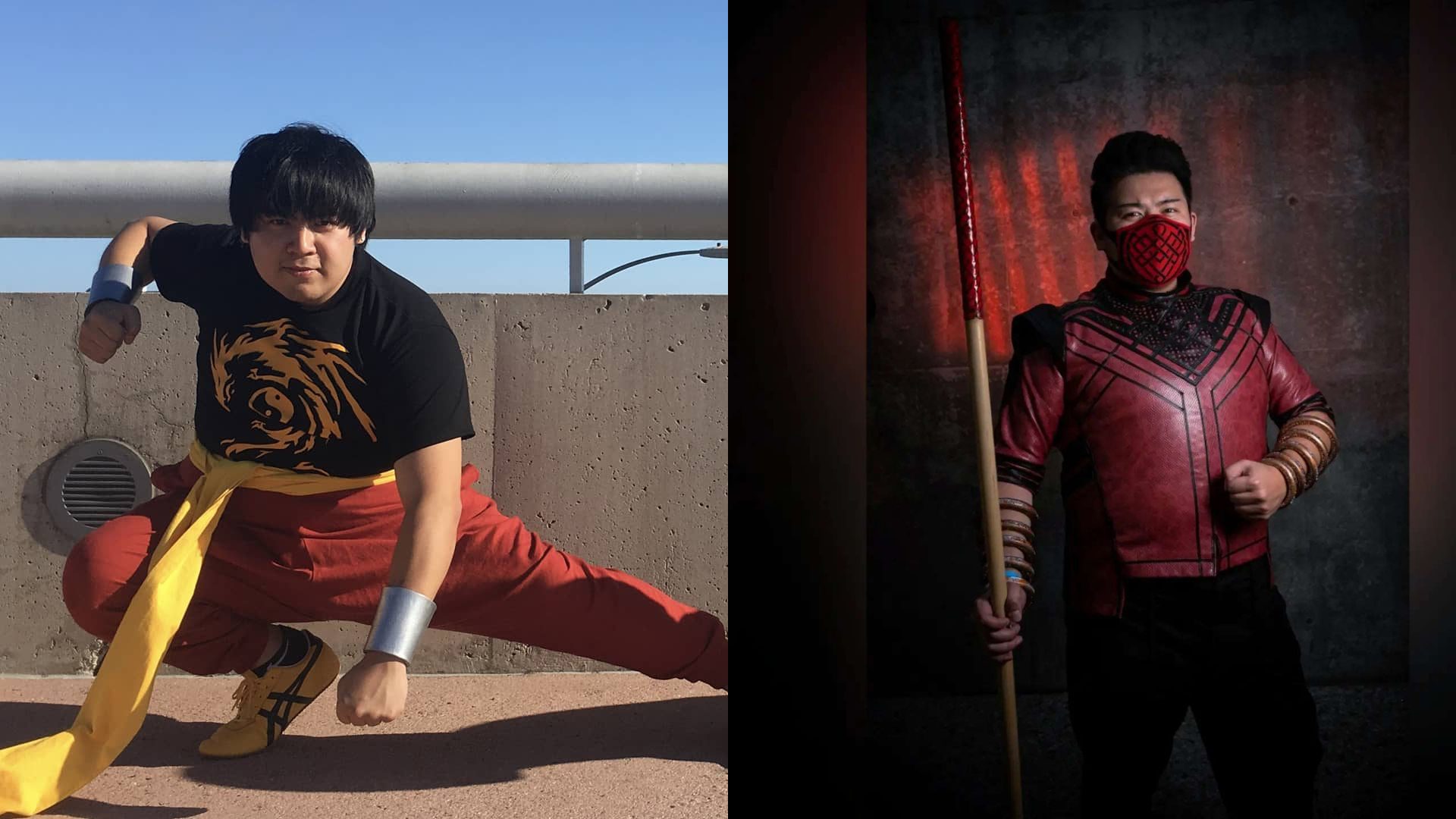 Jimmy, AKA jcw. cosplay did nail this cosplay. The outfit looks amazing. Although, it could have been a bit better. Short hairs, just like Simu Liu, who played the part of Shang-Chi in the movie. The staff, his stance, and his physique all play together in harmony. 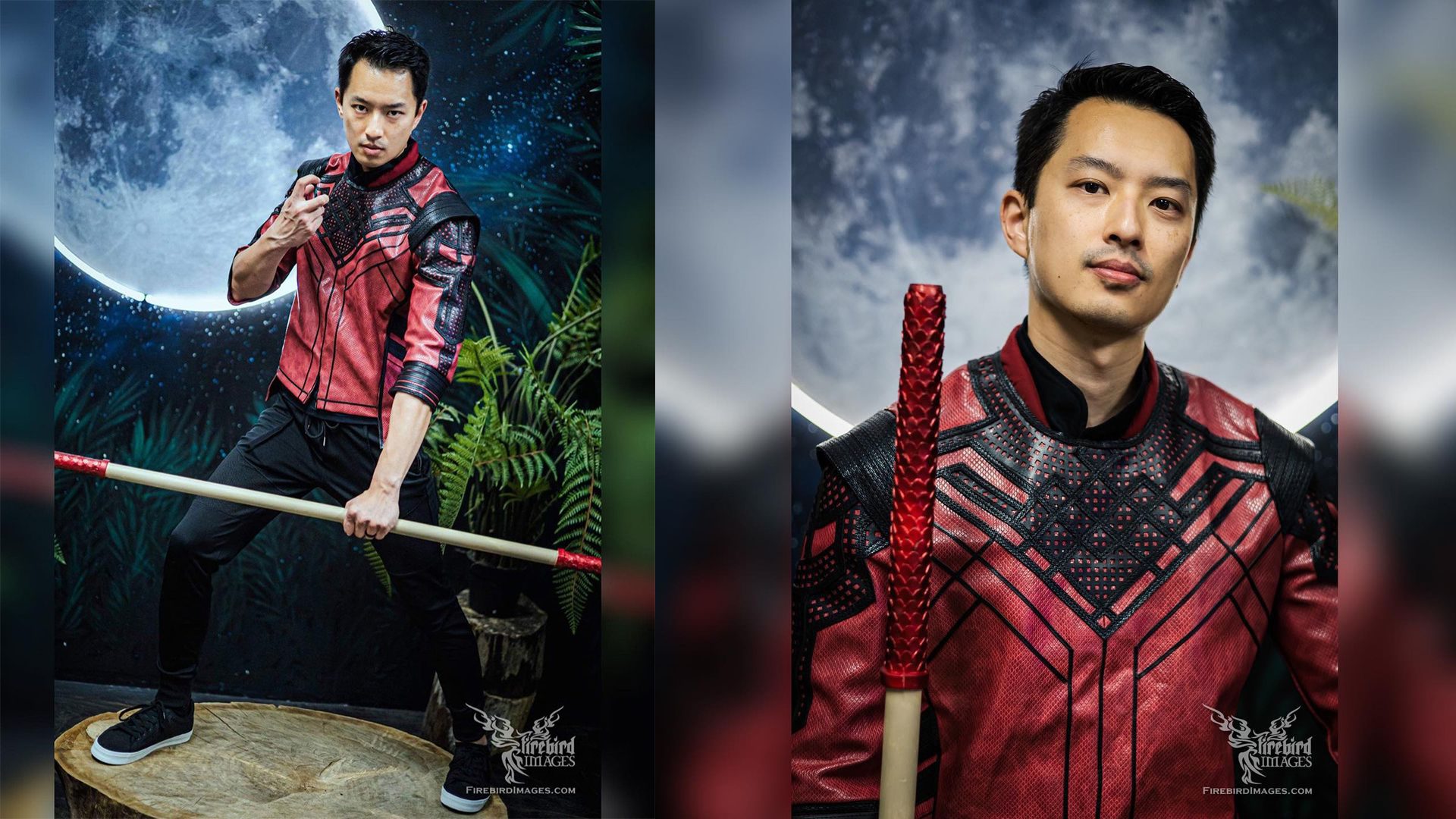 Next up, we have a blast from the past. Cosplayer that goes by the Instagram handle adonis_jorrell has dressed up as Marvel Comics Superhero Shang-Chi. Instead of going for the movie version look, he did go for the comics version. Nevertheless, Adonis did play it to perfection. The way he stands, his outfit, everything looks perfect. 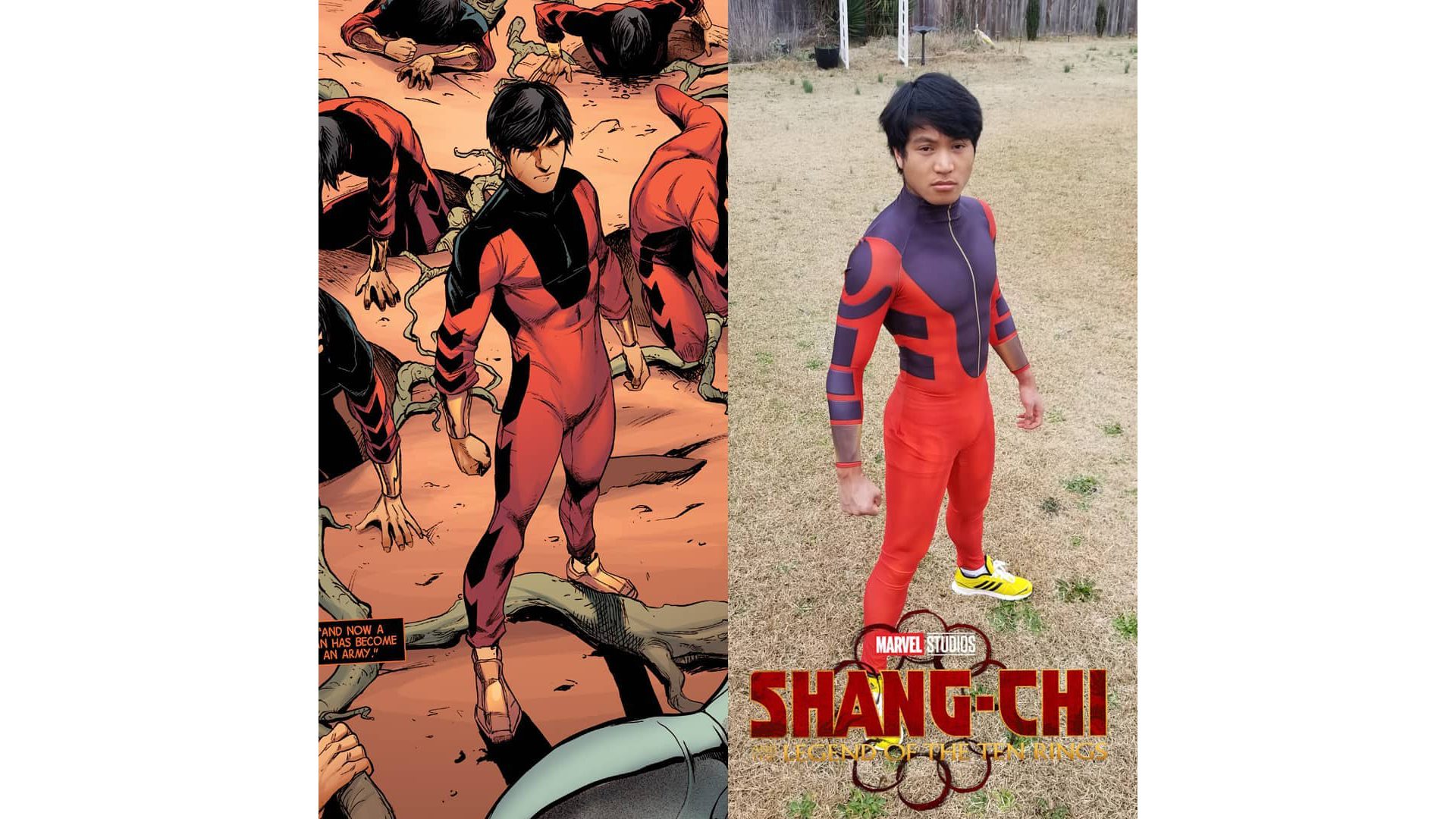 Sam Chan is an American cosplayer who goes by the Instagram handle, lindysam. He really did go the extra mile to make his cosplay look as flashy as possible. And he did do a good job at that. His costume looks amazing. However, his hair could have been a bit shorter. Overall, solid effort and worthy of being on this list. 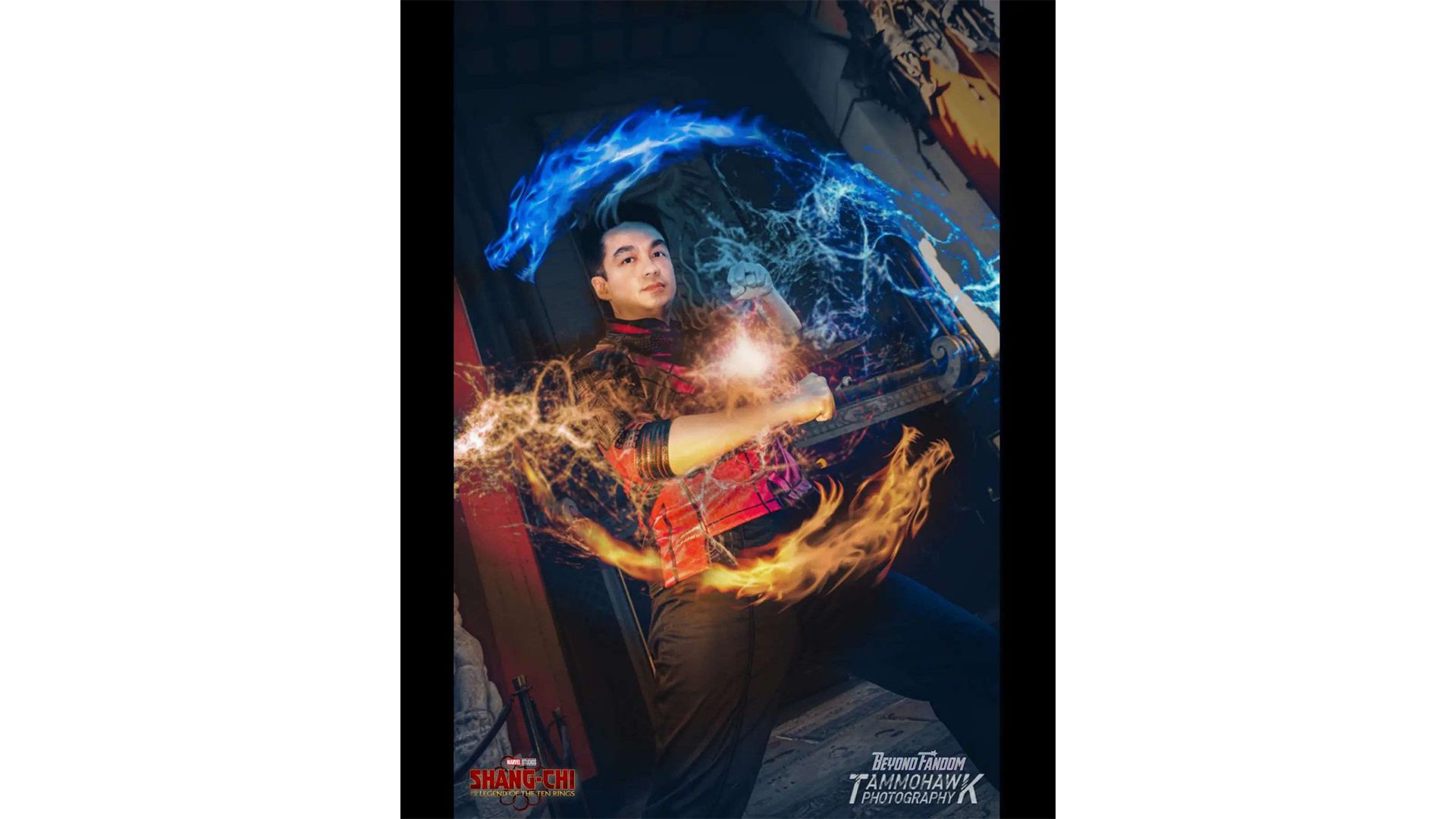 Dan is a friendly neighborhood cosplayer from Philadelphia. He goes by the Instagram handle dannywebstercosplay. The Shang-Chi cosplay outfit on this guy looks absolutely amazing. From costume to hair to the prop itself, everything is just perfect. 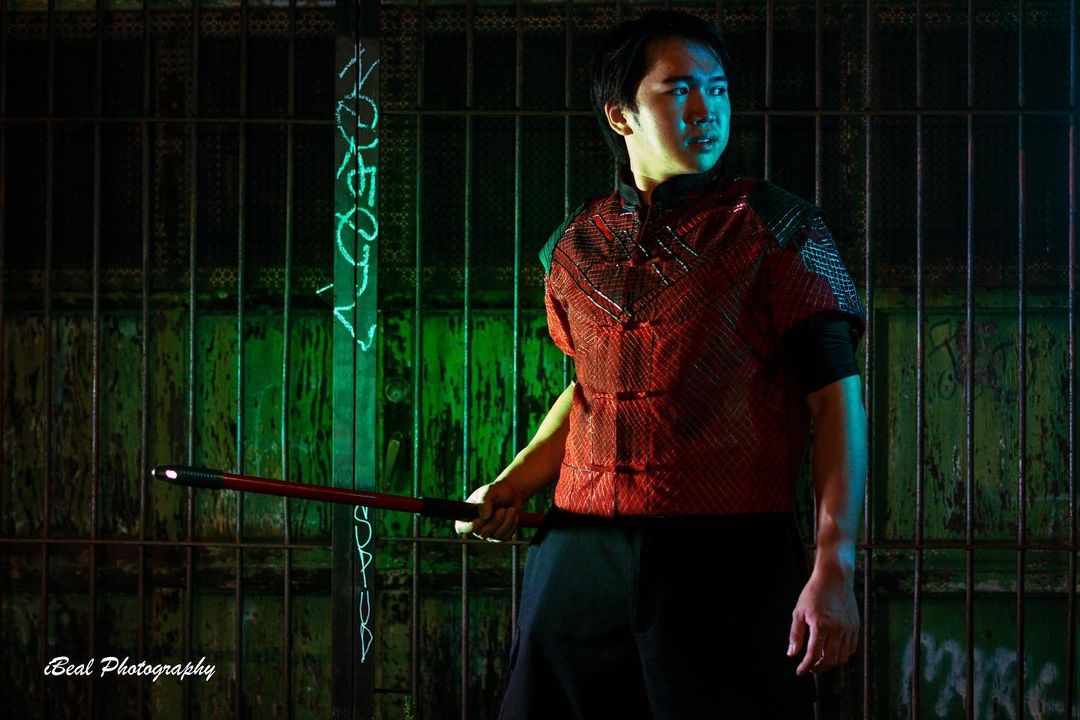 Guess who else had the idea to cosplay as both versions of Shang-Chi. Thierry Duong did not hold back on both looks. Starting with the comic book version, the jumpsuit really looks amazing. Along with that, the staff and hairs are on point. Now coming to the movie version, the costume is good, but it could have been better. Instead of jeans, he could have perfectly pulled off the look in black trousers. But the dude did juggle two outfits, so kudos to him, and he deserved his spot on this list. 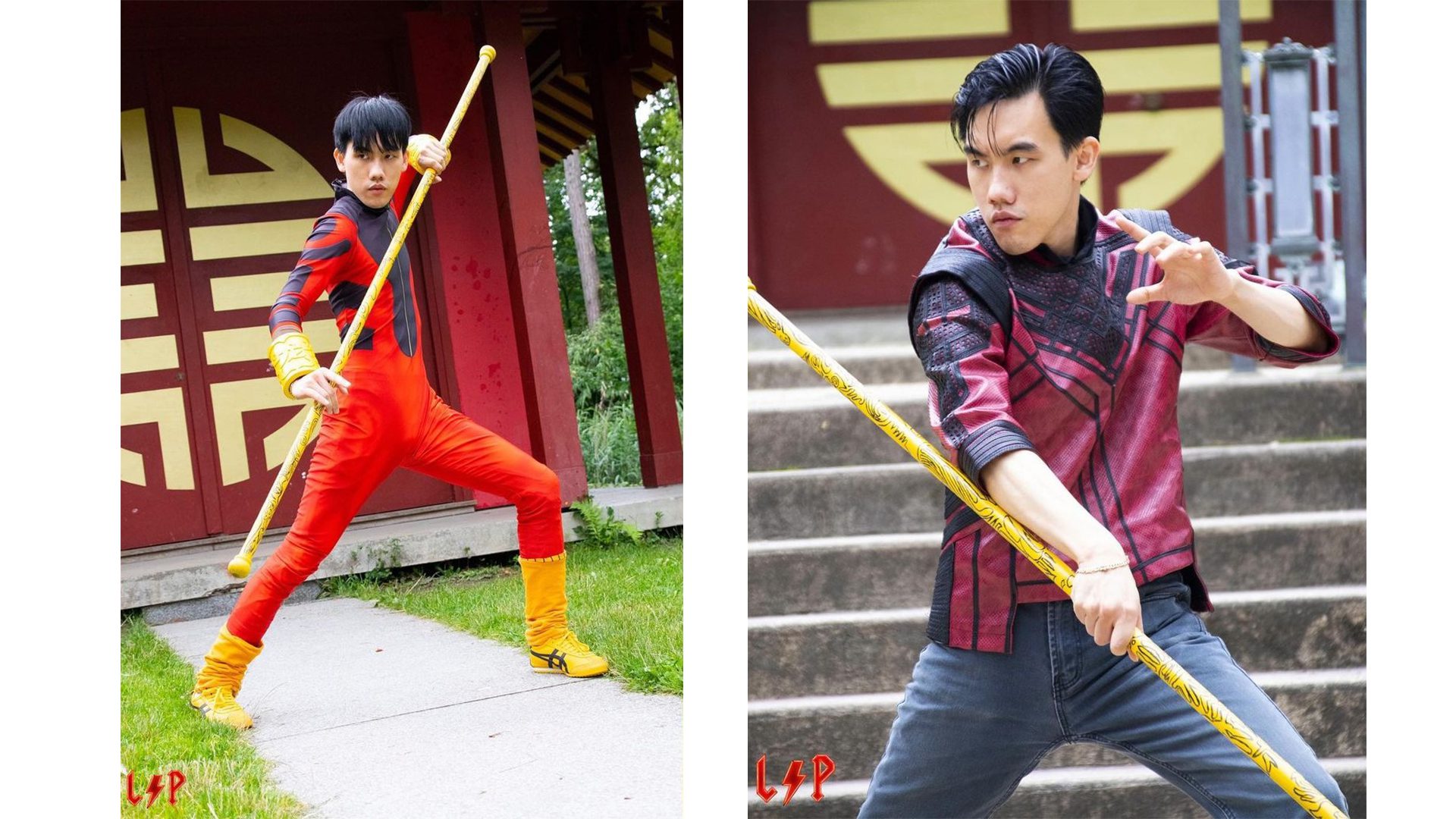 Johnny did go cosplaying as Marvel’s Shang-Chi. He does look fabulous in this cosplay outfit. On the topic of outfit, it is looking amazing. The only thing missing is the staff. Other than that, great job. 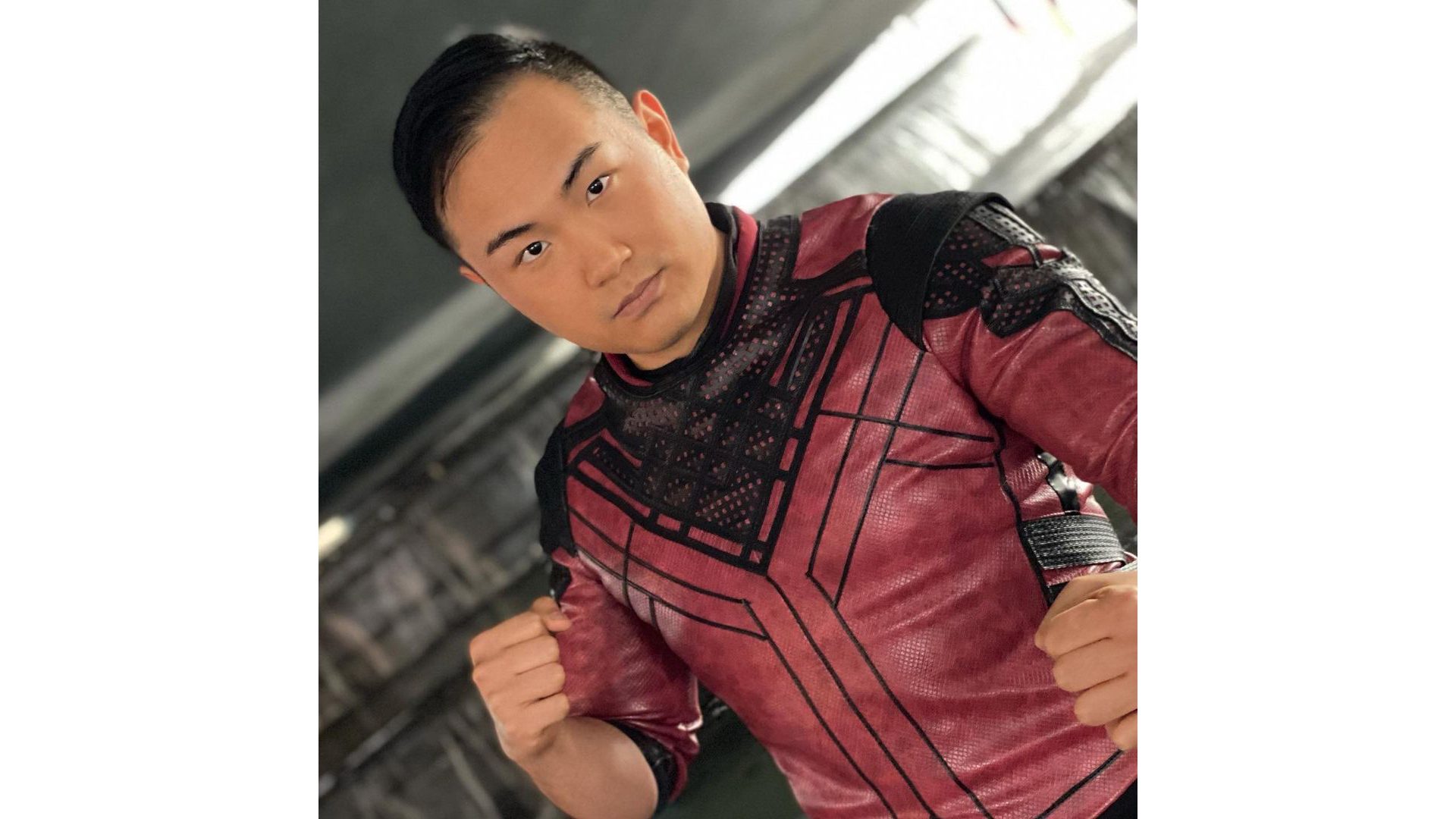 Next up on the list is couldbecaden. There is nothing this guy left out in his cosplay. Right from outfit to prop, he got it all covered. Along with the staff, rings were the other prop that he included in his cosplay. He literally did play it to perfection. Truly worthy to be on this list of 15 best Shang-Chi cosplay photos on the internet. 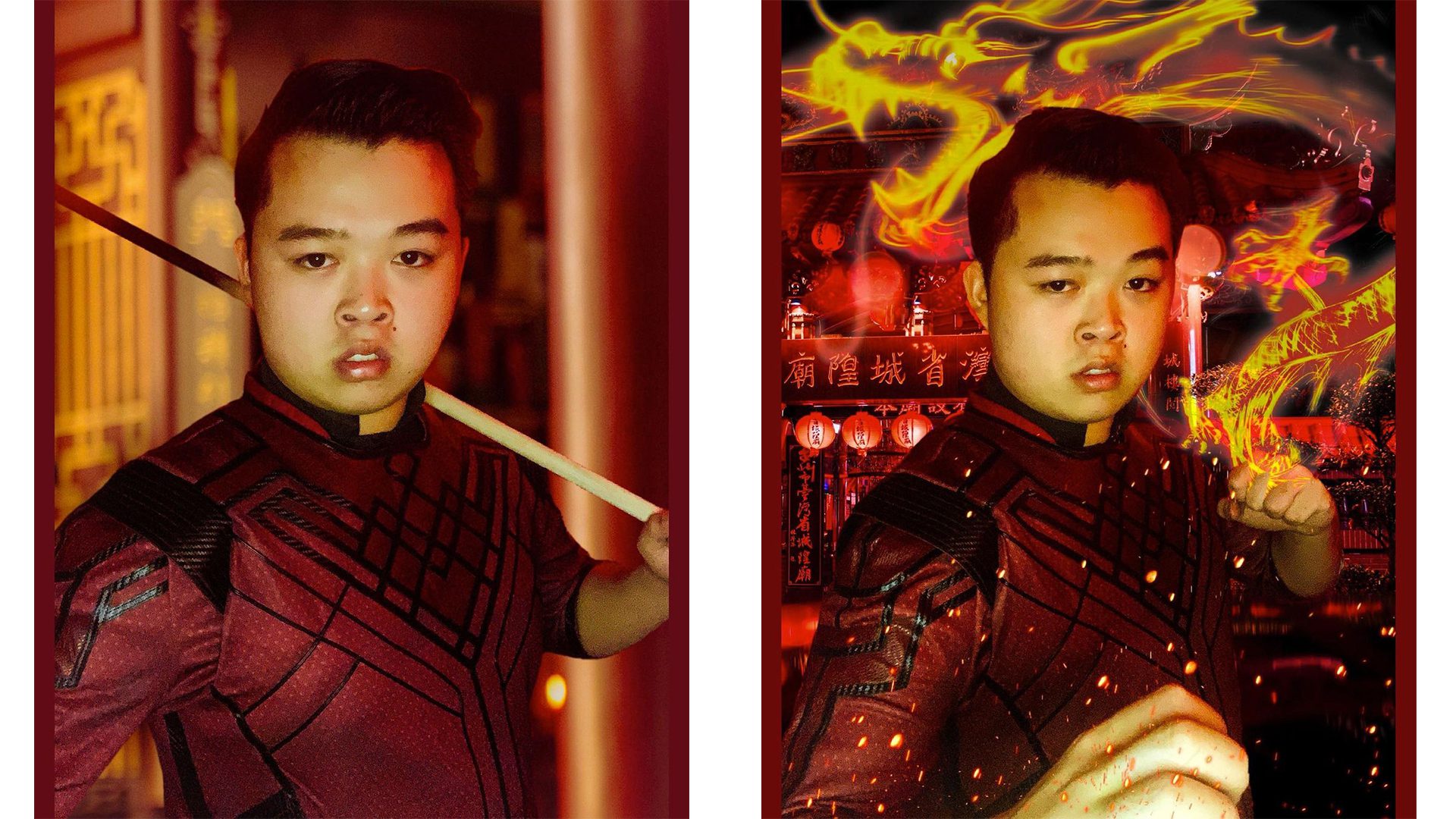 This guy had to be on this list. Meet thecardsharp, a Las Vegas based cosplayer. I know that his hairs are not exactly like that in movies or comics, but man can he pull off that cosplay and the flying kick. He’s got style, athleticism, and a banger outfit. And hey, who says Simu Liu won’t be rocking a mohawk in the next movie. Now that I mention it, I kind of want to see that. Anyways, here’s the picture of an awesome flying kick. 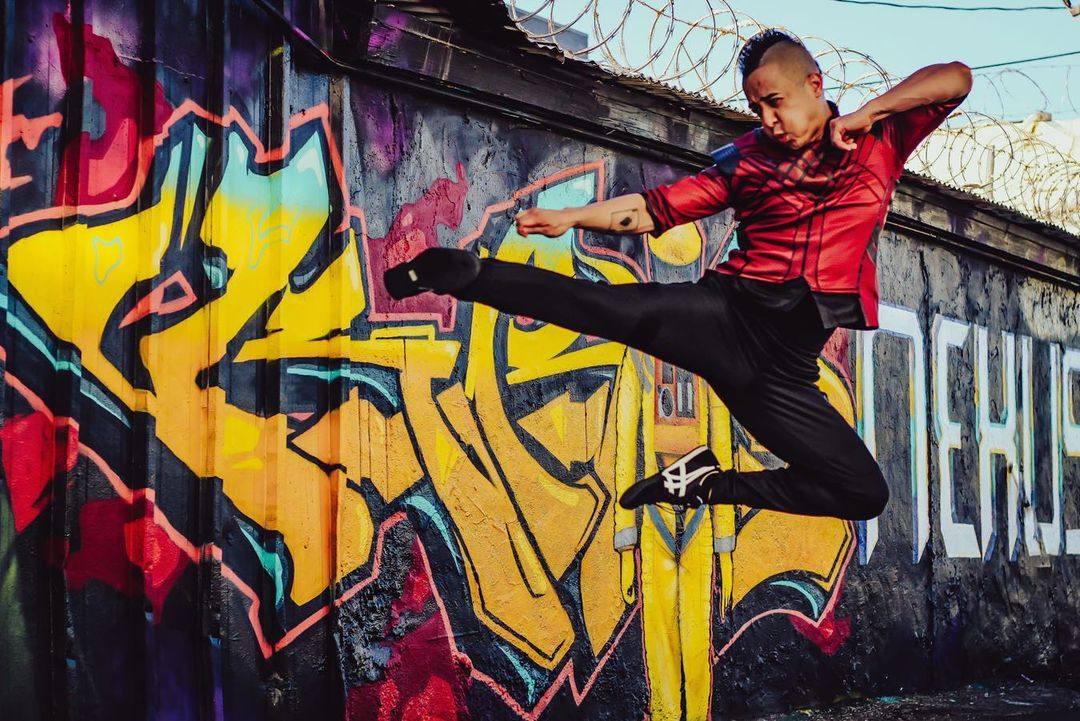 Shang-Chi cosplay by Eric B

Also read: 16 Best Raiden Shogun Cosplay That You Will Love