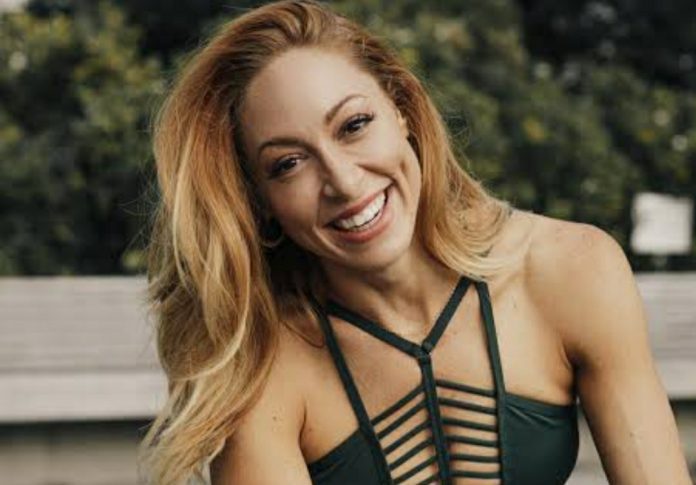 Today, we shall discuss Who is Jess King’s Partner? What do we know about the Peloton fitness instructor’s love life and career? Starting from the basics, Jessica King, besides being a certified coach, is also a former professional dancer. Back in 2008, Jess participated in So You Think You Can Dance, and successfully made it to the Top 10. Before joining the instructor position, she had never ridden a spin bike before. However, her dedication has taken her to a great place, and people do adore her for her versatility in work.

Knowing a lot about Jess King’s noteworthy career, fans are interested to learn more about her personal life. Well, this Peloton instructor is dating the love of her life for several years. Her love interest is being a singer. Both the love birds are very much open about their romance to the public and flaunt each other when asked in the interviews. Moreover, they are proud of themselves and look inseparable. Let’s dig into this article to learn more about Jess King’s Partner.

Also Read: Who Is Joe Locke Dating? All About The Heartstopper Actor’s Personal Life

Jess King’s Partner is Sophia Urista, the singer of the Brass Against. Since February 2015, they have been dating each other. If you aren’t well aware of her, you can try out listening to some of the singles such as Come Together, Put in Work, New Shine, etc.

After dating for so many years, Sophia and Jess took an initial step that is they got engaged in September 2020. With so much love for each other, they live together in Williamsburg, Brooklyn. From the very beginning, Jess has been vocal about her sexual orientation, that is, her interest in women. She has always been proud of herself and her partner, Sophia. Both are supportive, caring, and understanding of one another, which keeps their bond strong.

Jess King and her romantic partner, Sophia Urista, have taken their relationship to the next level by planning to have kids. Well, Jess King is currently 13 weeks pregnant. She announced the news of her pregnancy on the day before Mother’s Day. Moreover, she said, ‘Sophia and I are so excited to usher in this energy into our home and become mothers.’ She even showcased her baby bump to all her fans in a live video. The fans have showered the couple with loads of positive vibes and support. Like any other parents, Jess and Sophia are very happy and excited at the same time.

Also Read: Is Jess King Pregnant? Everything To Know

Knowing the details of Jess King’s Partner and their romantic relationship, fans are interested to learn more about the instructor herself.

The versatile fitness instructor at Peloton, Jessica King, was born on 29 May 1985. Based on her birth year, she is currently 36 years old. Little did you know, her mother, being a competitive bodybuilder, has inspired her a lot to pursue this as her profession. As far as her height and weight are concerned, Jess is 5’5″ feet tall and weighs 52 Kg, respectively. Talking about her career fame, she has garnered over 442K followers on her Instagram account.

Talking about Jess King’s career, she has always been passionate about dancing. In the early days of her career, she served as the lead dancer and also the choreographer in a Cirque Du Soleil production in Las Vegas. While performing at a show in New York, her life took a turn. She was then suggested to accept the position of an instructor for the Peloton, which was looking for the same at that time. With immense support from her mother and her close ones, she decided to join Peloton, and since then, Jess has been excelling in that field.

Not to forget to mention Jess as a social media influencer, too. She has inspired a lot of people about being a fitness freak, which plays a vital role in an individual’s life. Best Wishes to Jess King for the upcoming days. Congratulations on such good news!