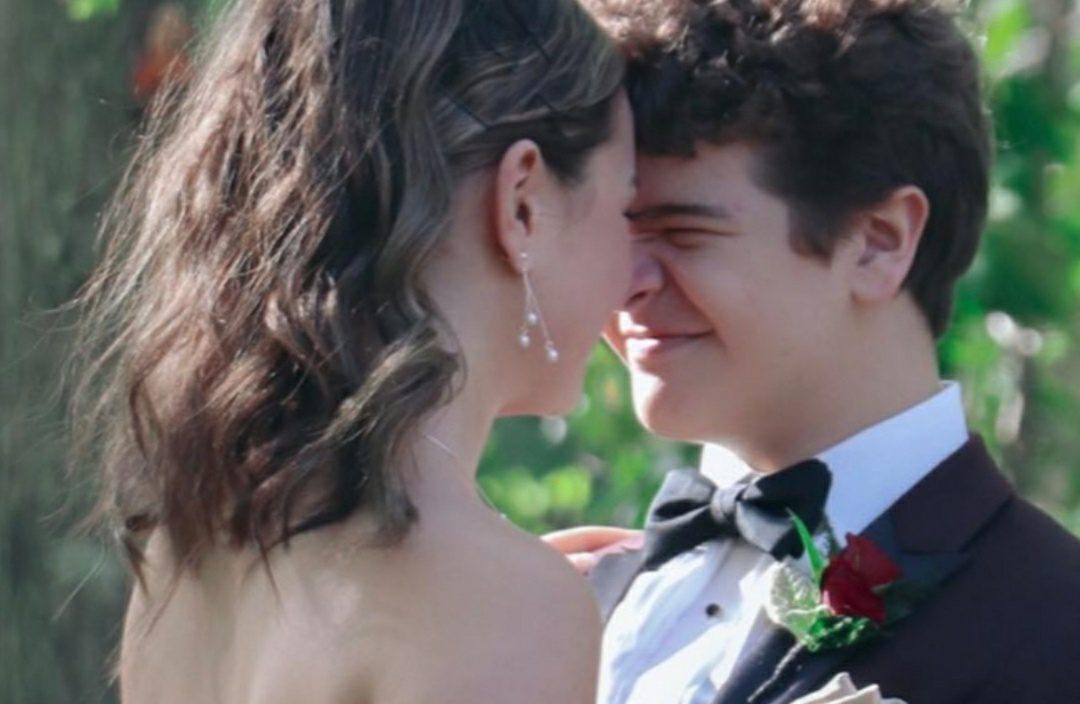 Here, we shall discuss who Gaten Matarazzo is dating. What do we know about the Stranger Things actor’s love interest? Starting from the basics, Gaetano John “Gaten” Matarazzo III started his acting career on the Broadway stage. Well, he has provided his voice for Bubba in The Angry Birds Movie 2. Since 2019, Gaten has been hosting Prank Encounters and gaining quite a prominence for the same. In 2017, he appeared in Lip Sync Battle as well. At present, he is busy filming the Honor Society.

Knowing his versatility in the film industry, fans are interested to learn about Gaten’s love life. Is he sharing a romance with someone? Well, he isn’t romantically involved with the Stranger Things co-star, for sure. But, the star is reported to be with his long-time girlfriend. Now, they are making headlines on social media with their anniversary post, made this year in March.

Also, Gaten is very much open about his girlfriend and never fails to gush about her during interviews. Let’s dig into this article to learn more about Gaten Matarazzo’s Girlfriend.

Gaten Matarazzo is dating his long-time girlfriend, Lizzy Yu. She also belongs to the same profession and is set to star in the film, Somewhere in Queens. Well, she has also performed on stage as part of a troupe called Pinelands Thespians. They made it to the drama competition, which took place at Montclair State University. 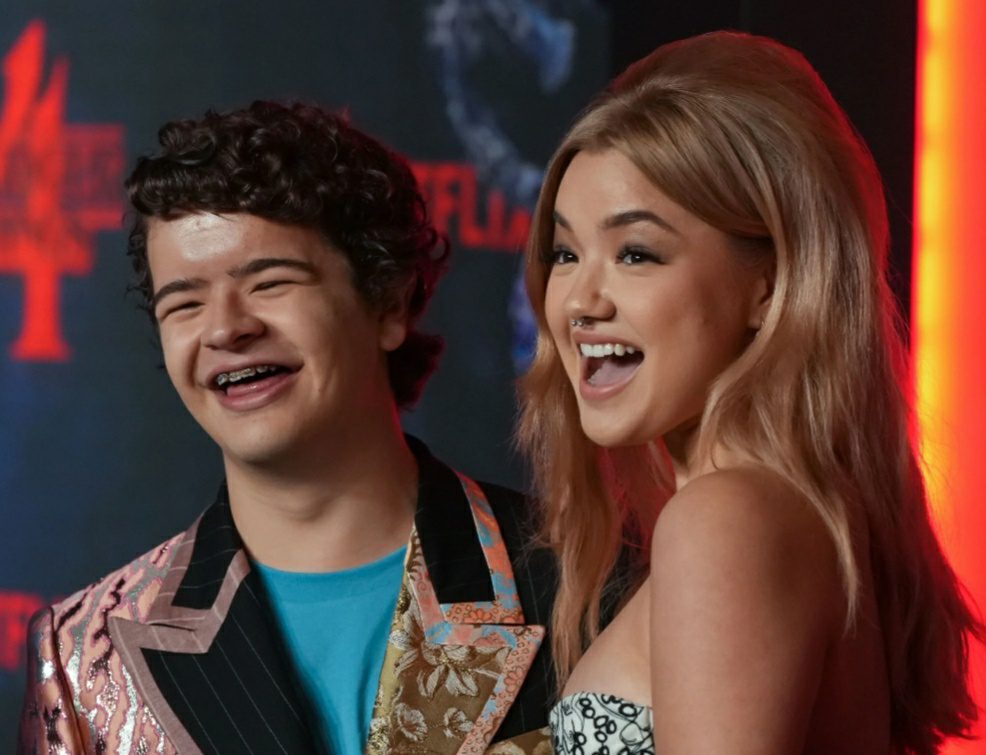 Gaten and Lizzy are seeing each other romantically since March 2018. Moreover, their respective families have also approved of their relationship. After a few months of their love life, Gaten shared how his brother and sister are close to Lizzy. This March, on the occasion of their anniversary, he posted a picture of her standing under tea lights.

The post goes by the caption, “Four years? That’s dope. I love you. Thanks for being my best friend. Happy anniversary goob. Edit: im an hour late to the post. Sahwy.” Isn’t it cute? Last year in May, Gaten, and Lizzy headed to the prom together. When asked about their date, the actor stated it to playing pool at his house.

Since both of their professions are the same, the level of understanding shared between Gaten and Lizzy are very different. It is believed to be playing a significant role in their love life, and that’s keeping them pretty much going. When asked about Lizzy, he continues to gush and shares that he feels lucky enough to have her as his life partner. It’s been four years of their togetherness, and they are still blooming with love. Gaten and Lizzy are very much open about their romance and often post their goofy couple pictures on their respective social media, letting the world know.

Besides knowing who Gaten Matarazzo is dating, fans are interested to know more about the actor. Born on 8 September 2002, Gaten is currently 19 years old. He was born in Connecticut, United States. You may follow this young actor on his Instagram account, having more than 13.9 million followers as of now. 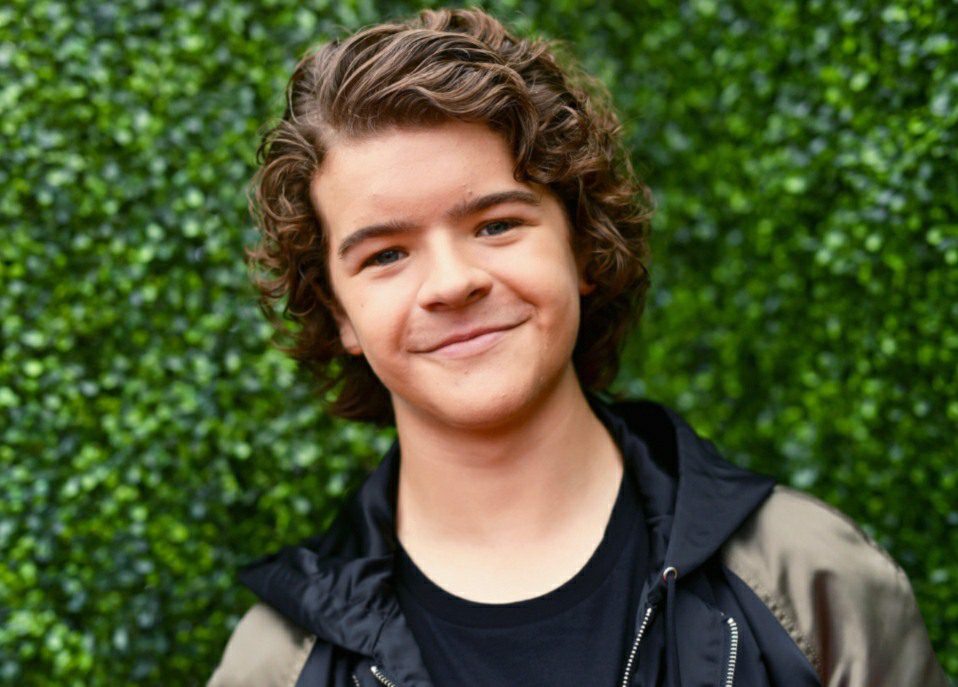 Moving on with his career, Gaten is playing the lead role of Dustin Henderson in Stranger Things, gaining huge recognition and popularity in the entertainment industry. For the same, he has been the recipient of the Screen Actors Guild Awards. Little did you know, he has also appeared in the music video titled Swish Swish, sung by Katy Perry along with Nicki Minaj. One of his stage performances from this year to date is named Dear Evan Hansen, playing the role of Jared Kleinmann.

Best Wishes to Gaten Matarazzo for the upcoming days of his career. If he can achieve so much at this young age, he is believed to achieve and prove himself a lot more in near future. Hoping his relationship with Lizza stays eternal.