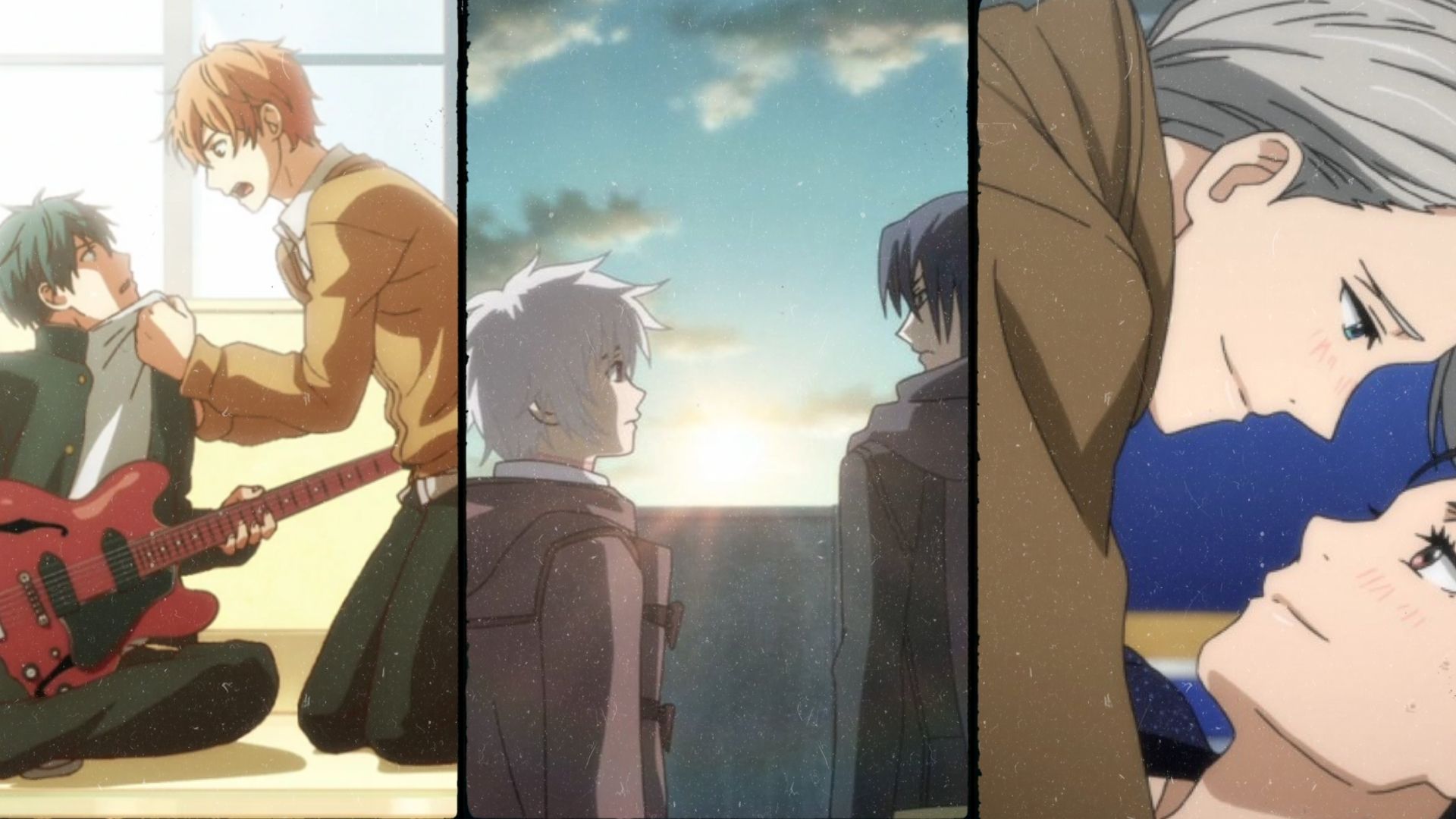 This article contains the best BL anime for beginners, who would like to consume nuanced and well-represented media to fulfill their rom-com yearning. Boys’ Love, also referred to as BL or yaoi, has a tumultuous history in this sub-genre of media. While queer romance representations are important, the genre has also perpetuated some extremely harmful tropes over the years.

Given this, most of the yaoi’s criticism is justified, and many of the relationships represented in manga and anime have harmed the queer community. Thankfully, BL has grown alongside anime as a whole. Positive LGBTQ depiction is becoming increasingly common.

Stereotypical themes that used to characterize BL are becoming less common in BL mangas as well as anime. The strange gendered character archetypes for “seme” and “uke” have become less distinct in recent years.

In other words, it’s tougher to discern who’s the seme and who’s the uke in a relationship now that height and body type aren’t as important as they were in previous works and as they rightfully should because older works had a very misogynistic take on femininity and masculinity that were presented in the “uke” and “seme” respectively.

More realistic coming-out stories concentrating on what it’s like to truly question your sexual orientation are replacing the overly exaggerated Gay Panic cliche that is frequently depicted by heterosexual authors.

Yuri!!! On Ice is deserving of all the praise, even after five years since its debut. Yuri!!! On Ice has had a commercial victory, a sports anime that never shied away from its queer themes and allowed its characters to grow and develop with complexity. Despite the fact that the program was directed by a woman and featured a central relationship between two male characters, it managed to be a tribute to the professional sport of figure skating, as well.

Finally, the show presented a meaningful portrayal of two males forming a deep and trustworthy loving connection, providing LGBTQ viewers with the representation of queer people who are happy together above all else, which is something we urgently need. 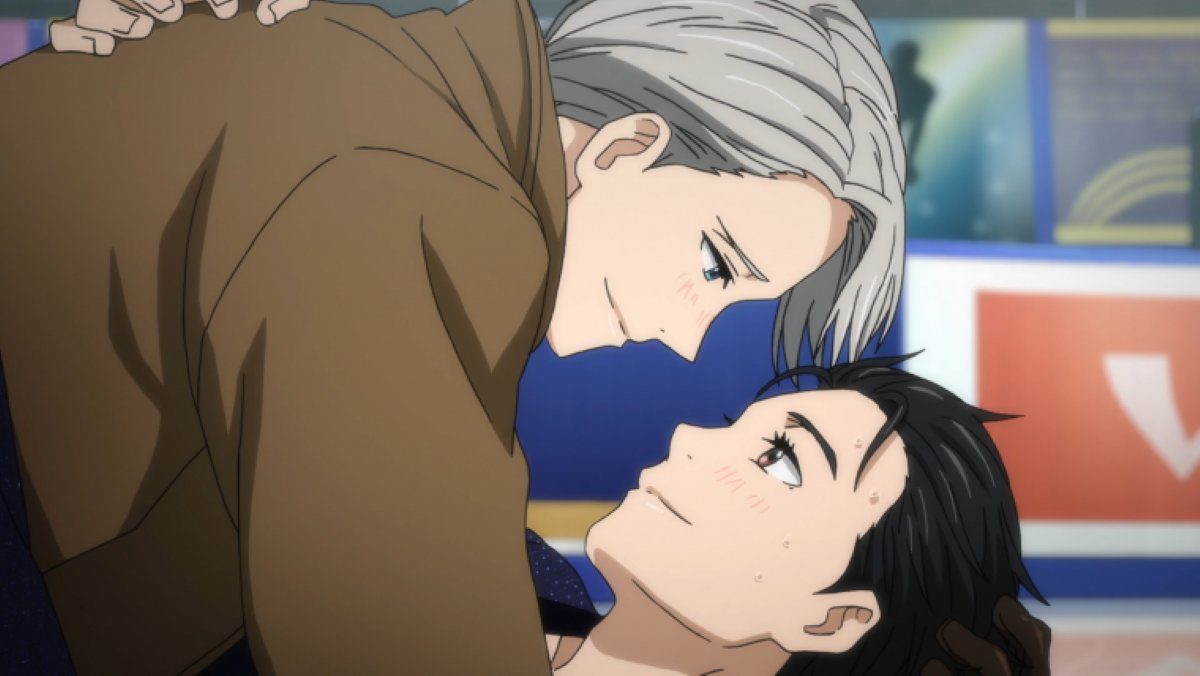 Despite its flaws, the No. 6 series is still revolutionary. Rarely does anime strike a plausible balance between queer romantic components and a larger, more audacious story, and queer representation in the midst of sci-fi dystopia is rarer still. No. 6 acknowledges that queer characters should be characters in their own right and that their sexuality should not be the only factor that defines them.

Shion, an affluent resident of No. 6, lives in a delusional utopia until he meets Nezumi, a fugitive from beyond the city’s walls. Years later, a cynical Shion reunites with Nezumi and assists him, sacrificing his comfortable life in order to see the truth of the world. Shion and Nezumi have made it their mission to heal what’s damaged in an unfair world, and their friendship grows out of a common cause and hope. 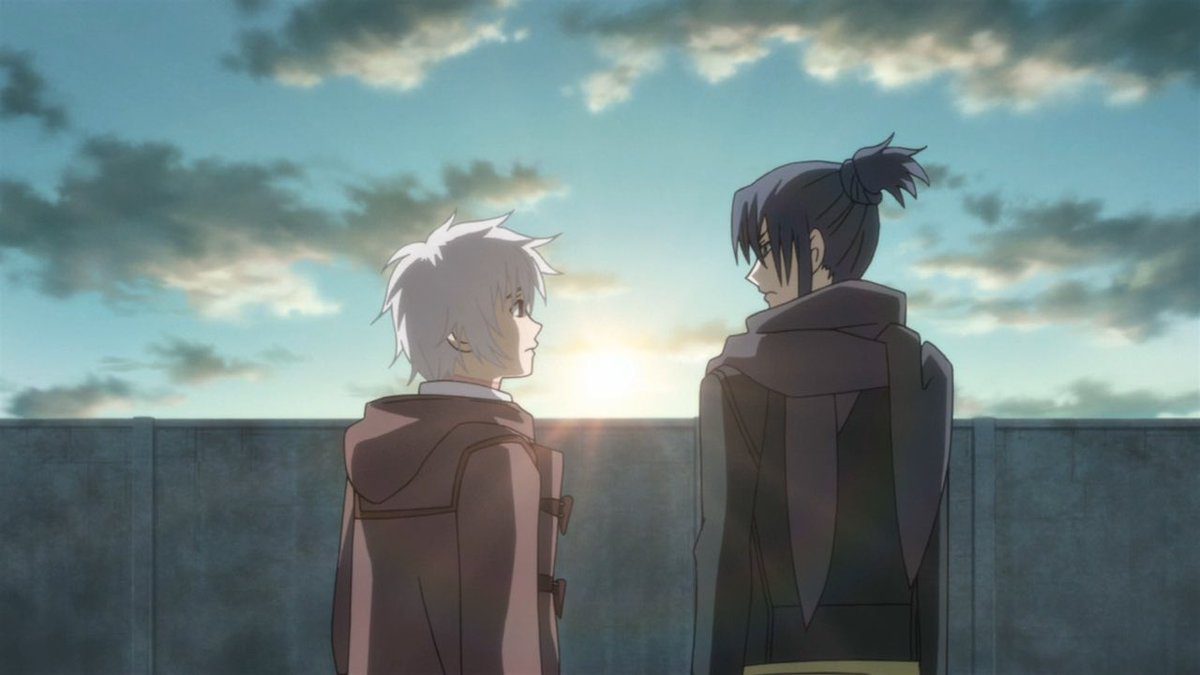 Half of what makes Banana Fish so brilliant is that it’s not easy to watch. The story follows Ash Lynx, a young gang leader in New York City, as he searches for answers about a mysterious drug that led to his brother’s murder, and Eiji Nakamura is a young Japanese man who joins Ash along the way.

The key characters in Banana Fish are plainly in love, and the original manga soon garnered a diverse mainstream audience as an action series rather than a love story, despite the fact that it was written before BL was recognized as its own genre. The manga is now regarded as a forerunner of good BL representation. Banana Fish took three decades to get an anime adaptation, and the end product, as heartbreaking as it is, is a masterwork. Banana Fish can be streamed on Amazon Prime Video. 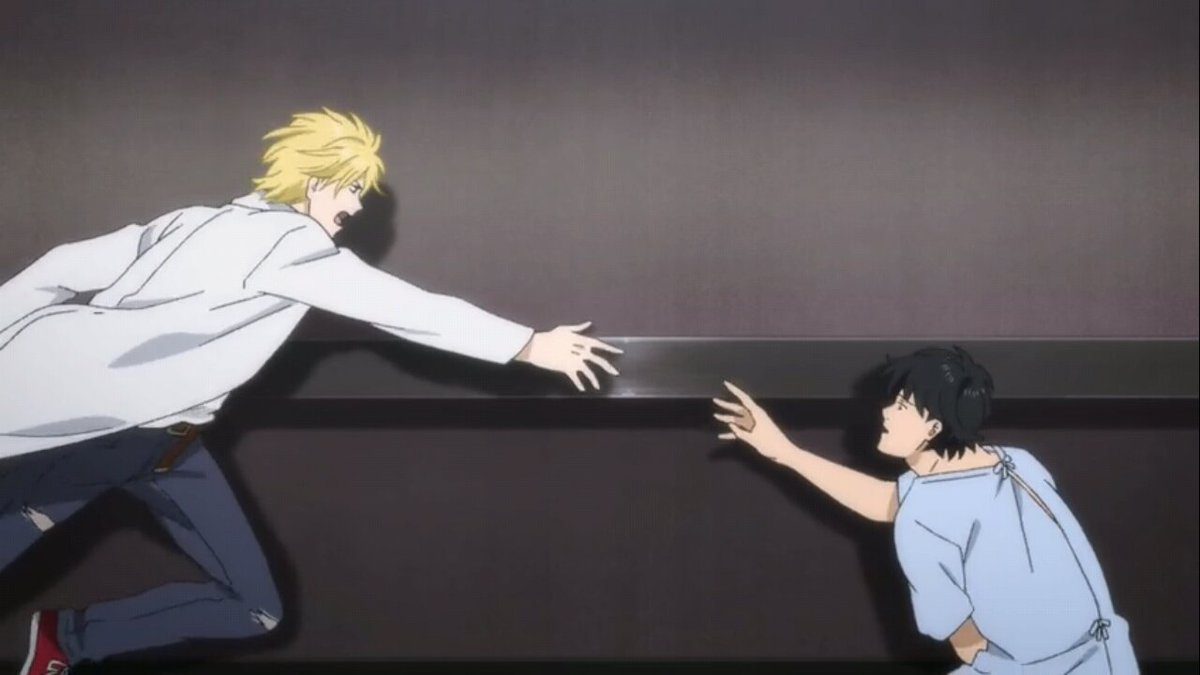 Given was the first BL anime to show in primetime on Japanese television when it was released in 2019. Beyond that, Given is the crème de la crème of the BL genre, a genuine novel about sorrow and trauma. The series’ last episode is profoundly therapeutic, precisely capturing the ways in which loss may eternally change one’s life.

Mafuyu Sato, a high school student meets Ritsuka Uenoyama, a classmate who assists him in tuning and playing his guitar. Despite Mafuyu’s denials, the guitar belonged to his first love, who committed suicide. When Ritsuka hears Mafuyu sing, he urges him to join his band, and the frustrated, lost young men begin to find their way forward again through music. Ritsuka and Mafuyu have quickly established themselves as one of anime’s top LGBTQ+ couples, and their bandmates Haruki and Akihiko followed suit. 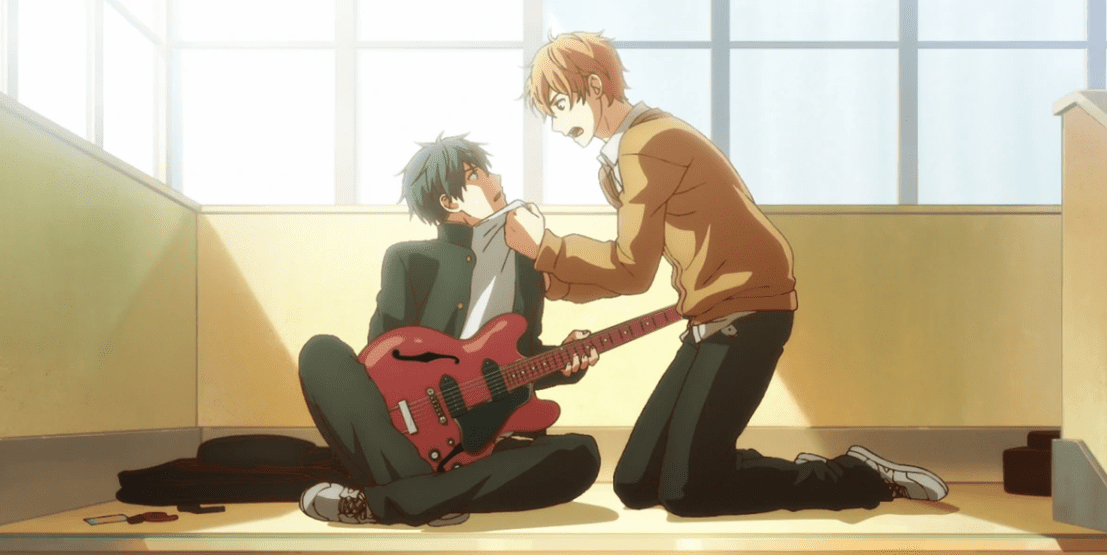 When Miyano and Sasaki first met, it was love at first sight for these two high school students. Miyano has been a lifelong fan of BL manga, and Sasaki is instantly enthralled. Miyano was drawn in by Sasaki’s forthrightness and determination to leave him alone. Sasaki, on the other hand, was grateful for their newly discovered shared interest.

The power of Sasaki and Miyano resides in their characters and central relationship. Sasaki’s internal monologues revealing his immediate physical attraction to Miyano, as well as his intention to have Miyano teach him about manga so that he may spend more time with him, are accurate to how high school relationships evolve.

The benefits of media normalizing gay relationships through well-portrayed protagonists and positive support networks are perfectly demonstrated by Sasaki and Miyano. This anime is relatively new, yet it is really worth seeing. It’s currently available on Funimation. 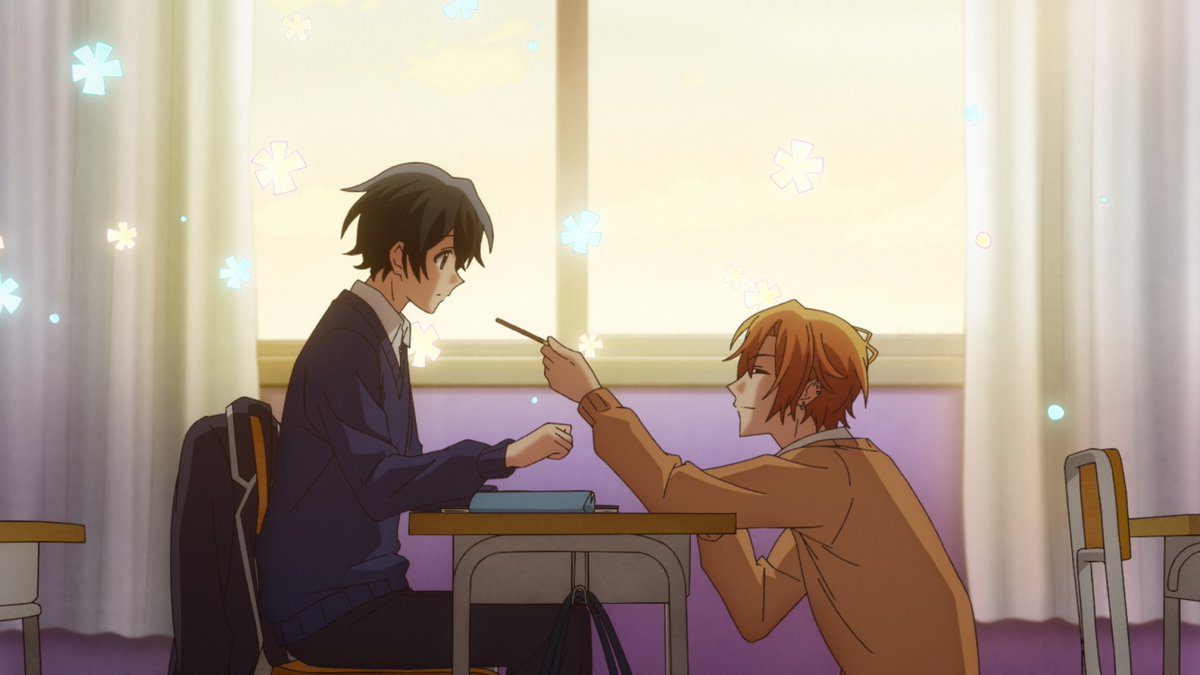 Despite the fact that each episode is only 8 minutes long, Beryl and Sapphire manage to make some significant progress. The growth of love between two guys who are continuously thrown into unexpected situations is depicted in this donghua.

They’re young schoolboys in some situations, but in another, one is a down-on-his-luck knight in dazzling armor who can only get back into the good graces of his king if he defeats the Devil, you guessed it, happens to be his love interest. The show has a number of mini-arcs, all of which are explored in between other arcs, keeping viewers on their toes. However, one thing that remains static in the series, is that love will always triumph. 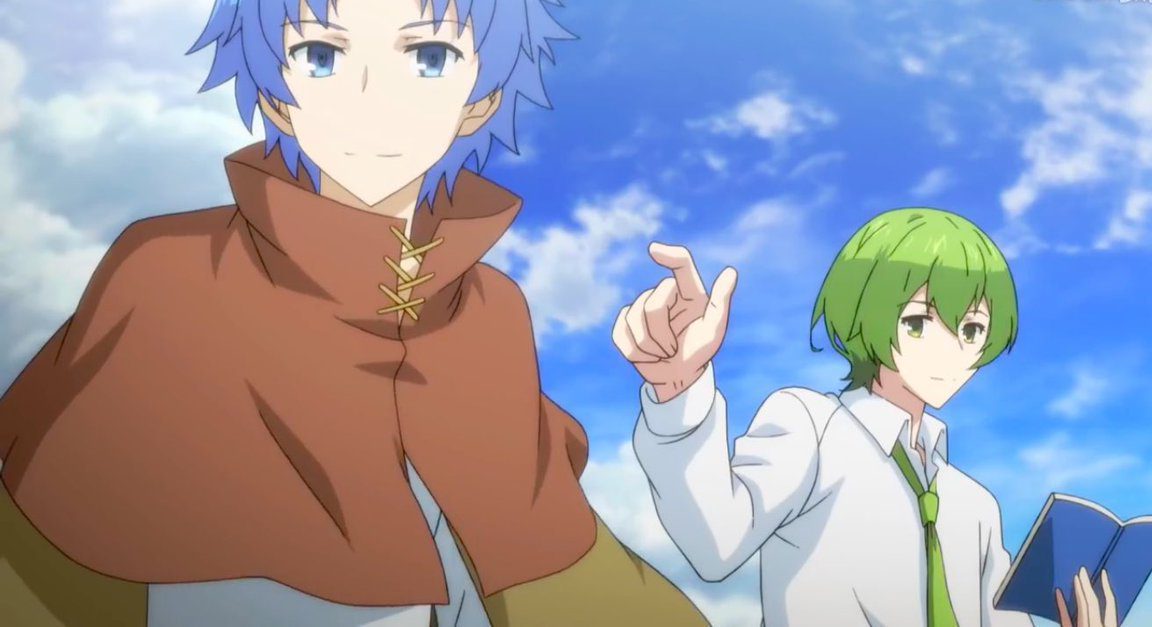 For all the readers who are fans of extremely surrealist and sort of demented media, this one’s for you!  The series walks a fine line between staggeringly unsettling and ridiculously over-the-top, but it manages to strike the perfect balance in the only way it could: with a multicolored surreal bloodbath scene that quickly shifts to a beautiful school day, keeping you on your toes while whiplashing your emotions around. The ridiculous picture serves to distract you so that you are unaware of the emotional punches that are coming your way.

In isolation, each of the characters in Crybaby, and not just the two main protagonists,  embodies aspects of a negative stereotype associated with LGBTQ people—  cowardice/lack of manliness, the need to pass away for the service of heterosexuals, being corrupt, and manipulative—but combining them all and framing them as heroic or tragic results in a spectrum of humanity rather than a single proclamation. Plus, instead of the heterosexual characters crafting a happy ending on the backs of corpses, everyone is dying for a change. 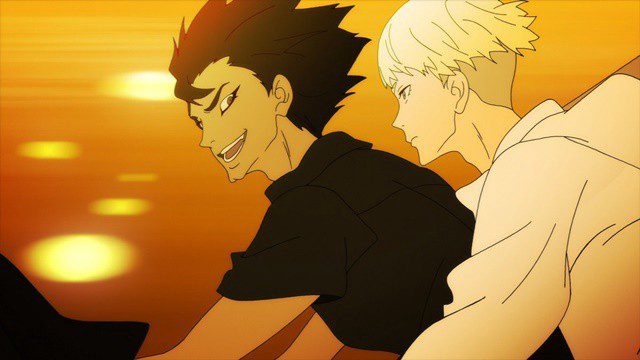 Masahiro has a less-than-ideal family situation, with a mother who works in a shady industry. He eventually joins a gang, which is where his problems begin. Masahiro works for the gang as an errand boy and is constantly bullied by the other members. Masahiro’s life is turned upside down when he meets Kousuke. Masahiro’s hero is Kousuke, who saves him from a life in the gang and promises to protect him. However, the two realize that they are more important to one other than they are ready to accept.

Hitorijime My Hero stays on the safe side, never going too deeply into anything too dark. The comedy can be a little overbearing at times, but there are moments of genuine laughs. Hitorijime My Hero contains conflicts that are readily resolved within one or two episode arcs, rather than relying on unnecessarily dramatic narratives. It is a cute, slice-of-life BL series that one can enjoy to take a break, the themes are standard to slice-of-life series and that’s what’s great about Hitorijime My Hero. 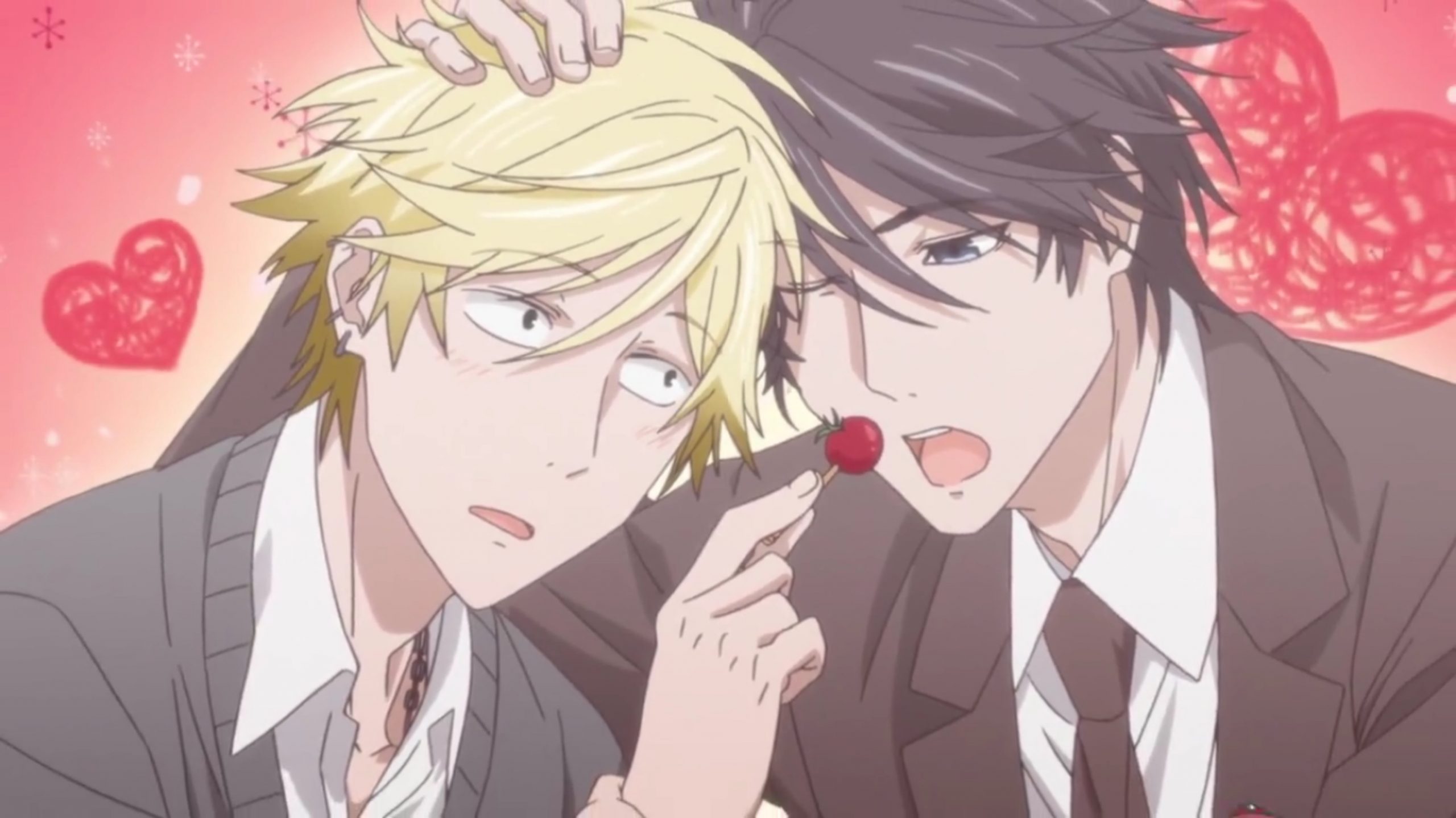 Tanmoku Ki is a formidable and well-known exorcist. Keika is a naive young boy who is killed in a tragic accident. Tanmoku makes Keika an offer: he will become his spirit shadow, allowing Keika to preserve his connection to the human world even in his spirit form. Keika accepts, and a difficult relationship between two strong-willed, stubborn men ensues, with each man willing to give in before the other. There is frequent arguing, yet the friendship that emerges between them over time in these extraordinary circumstances proves to be stronger than any of them anticipated.

While Spiritpact is far from perfect, and many fans would advise novices to start with the manhua, the character interactions are subtle enough to earn the series a distinct place in the BL series genre. Spiritpact is a nice example of the modest progress shows are making toward adding queer characters into genre stories. It’s more shounen-ai than yaoi. 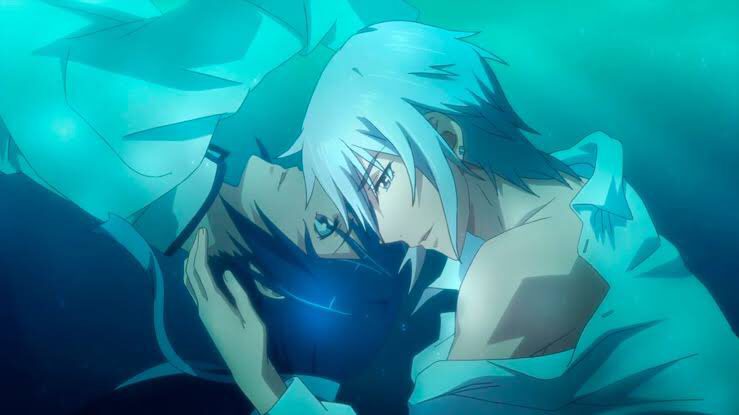 Heaven Official’s Blessing or Tian Guan Ci Fu, is an animated series based on a series of novels of the same name written by Mo Xiang Tong Xiu, the same author who wrote The Untamed, a live-action drama. Heaven Offical’s Blessing is a wonderful mix of mythology, romance, and mystery that appeals to a wide range of readers. The way those three elements of the story work together creates a story that is both epic in scope and deeply personal and human. 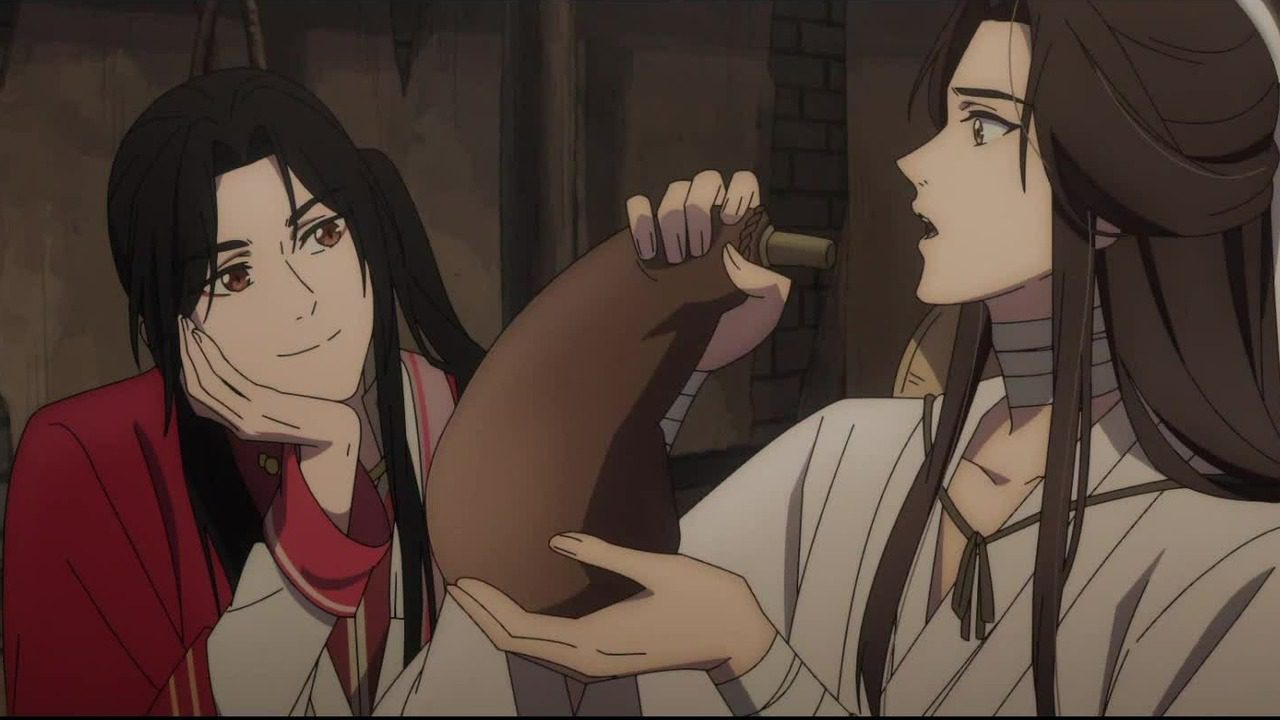 The series Heaven’s Official Blessing is a sweeping fantasy story centered on some exceedingly non-human characters with incredibly human personalities. It’ll take the animators years to complete this epic voyage, but it’ll be well worth the wait. This story contains something for everyone who believes in humanity’s potential, and the narrative rewards are great. This is merely the first step, but every journey must begin with a single step.