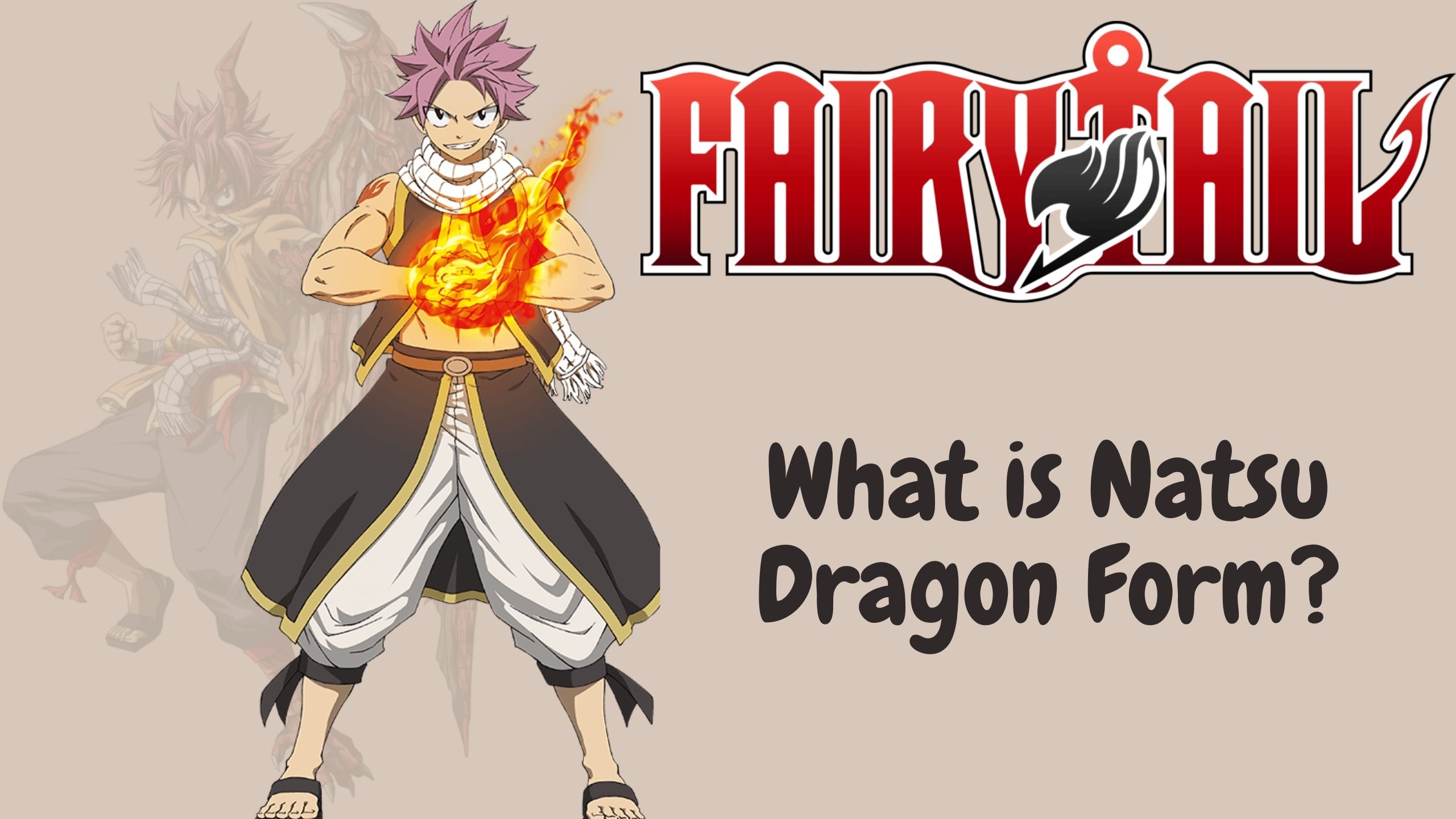 What is Natsu Dragon Form in Fairy Tail Anime?

Let’s talk about, What is Natsu Dragon Form in Fairy Tail anime. We’ll also talk about why he became so powerful and for what reason. There are some characters whose presence in the story is determined by their level of prowess. And in this case, it’s Natsu Dragneel from the Fairy tail anime. Over the years, fairy tale anime is known for its wonderful setting of the magic world and all the characters surrounding it. Many fans are curious to know about Natsu, the character who won everyone’s hearts with his extreme showdown of skill with his formidable opponents. Let’s talk about all this in detail.

Fairy tail anime is adapted from the manga of the same name written and illustrated by Hiro Mashima. The story follows Natsu Dragneel and his adventures with the members of the fairy tail guild. One day Natsu meets a young mage named Lucy Heartfilia, whose only goal in life is to become a great wizard and join the Fairy Tail guild. He invites her to the guild, and both of them take on various adventures filled with many magic wonders and petrifying opponents. How will Natsu’s journey end? What is the secret behind Natsu’s deadly power? Well, watch Fairy Tail anime to find out. Here are all the details about what is Natsu Dragon Form in Fairy Tail anime.

Who Is Natsu In Fairy Tail Anime?

Natsu is a mage and the protagonist of the Fairy Tail anime. In appearance, Natsu looks like a young man with a masculine build and Spiky pink hair. He has a scar on the right side of his neck which he often hides with a scarf. He is known as a carefree person but often gets into brawls with the members of the Fairy Tail guild. During a fight, Natsu is very intimidating toward his opponents. He even badmouths them sometimes to get on their nerves. He will challenge anyone to a fight if it means he can improve in terms of strength. 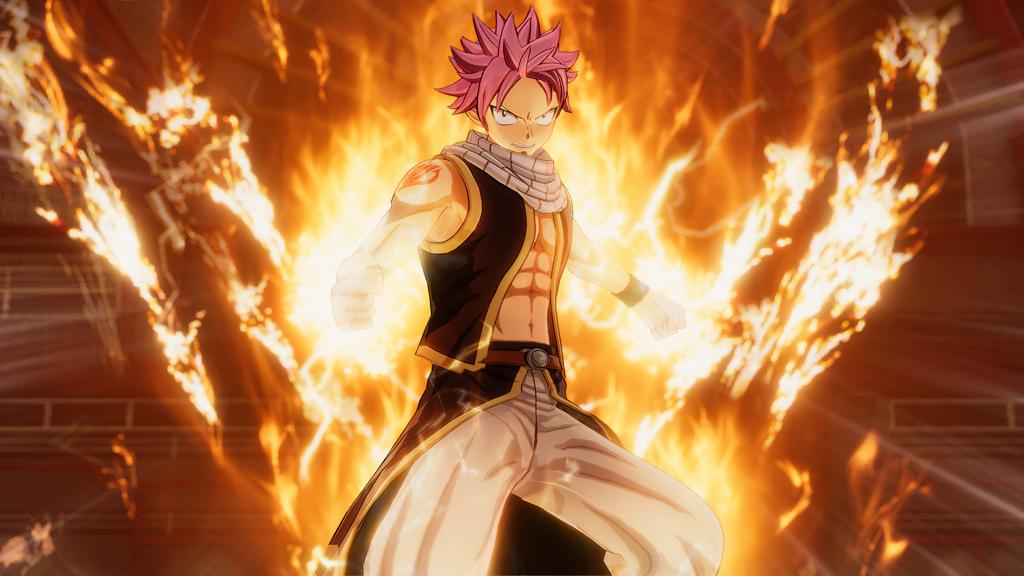 Natsu can also be emotional during certain situations when his friend’s life is in danger, especially “happy” his buddy. He will do anything to protect his friends and his fellow guild members, even to the point of destroying the entire town. His over-the-top aggressive and, at the same time, clumsy personality is what makes him one of the best protagonists.

Natsu Ultimate Dragon Form in Fairy Tail was Etherious Natsu Dragneel (E.N.D.). When in E.N.D. Form, Natsu looks the same but gains demonic traits like a long demon arm and leg. He also grows a long horn on his head and a demonic wing. His full transformation turns his eyes yellow, and his face gets covered in scales. In terms of ability, E.N.D is known as a Fire demon with powers so great that he eventually surpassed many of the Gods in the Fairy Tail Anime Series. What is E.N.D’s deadliest Attack? 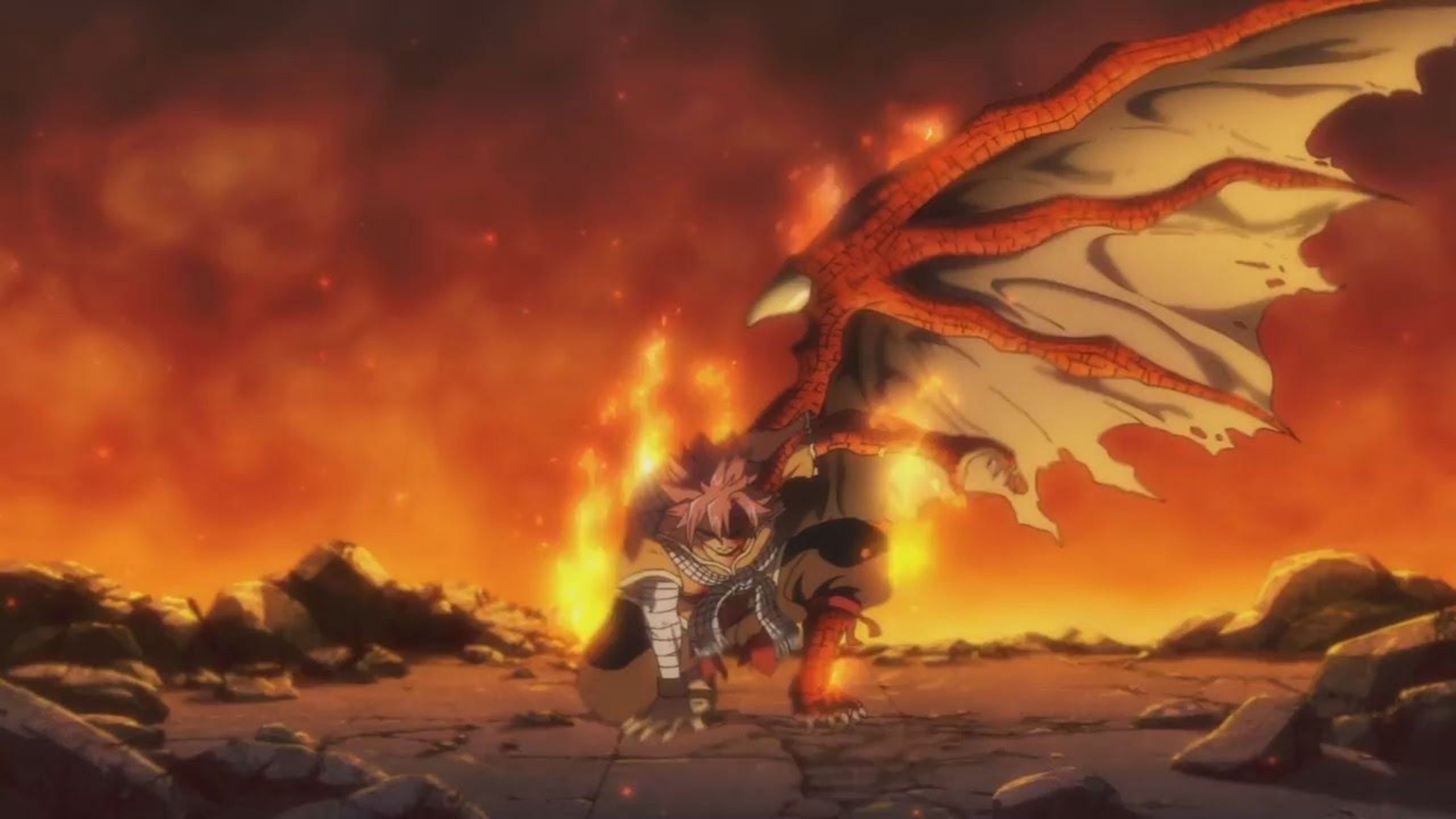 E.N.D. is capable of using the Fire Dragon Slayer Magic, which is a form of Dragon Slayer Magic. By using this magic, Natsu can essentially manipulate fire and is also immune to it. He can easily consume fire and use it to regain his energy. He easily brought down Dragon Animus in his ultimate form. It is also speculated that Natsu, in the form of E.N.D could also inflict curses upon others as he was the one who created them. But he hasn’t used this power even once; it’s just speculation. 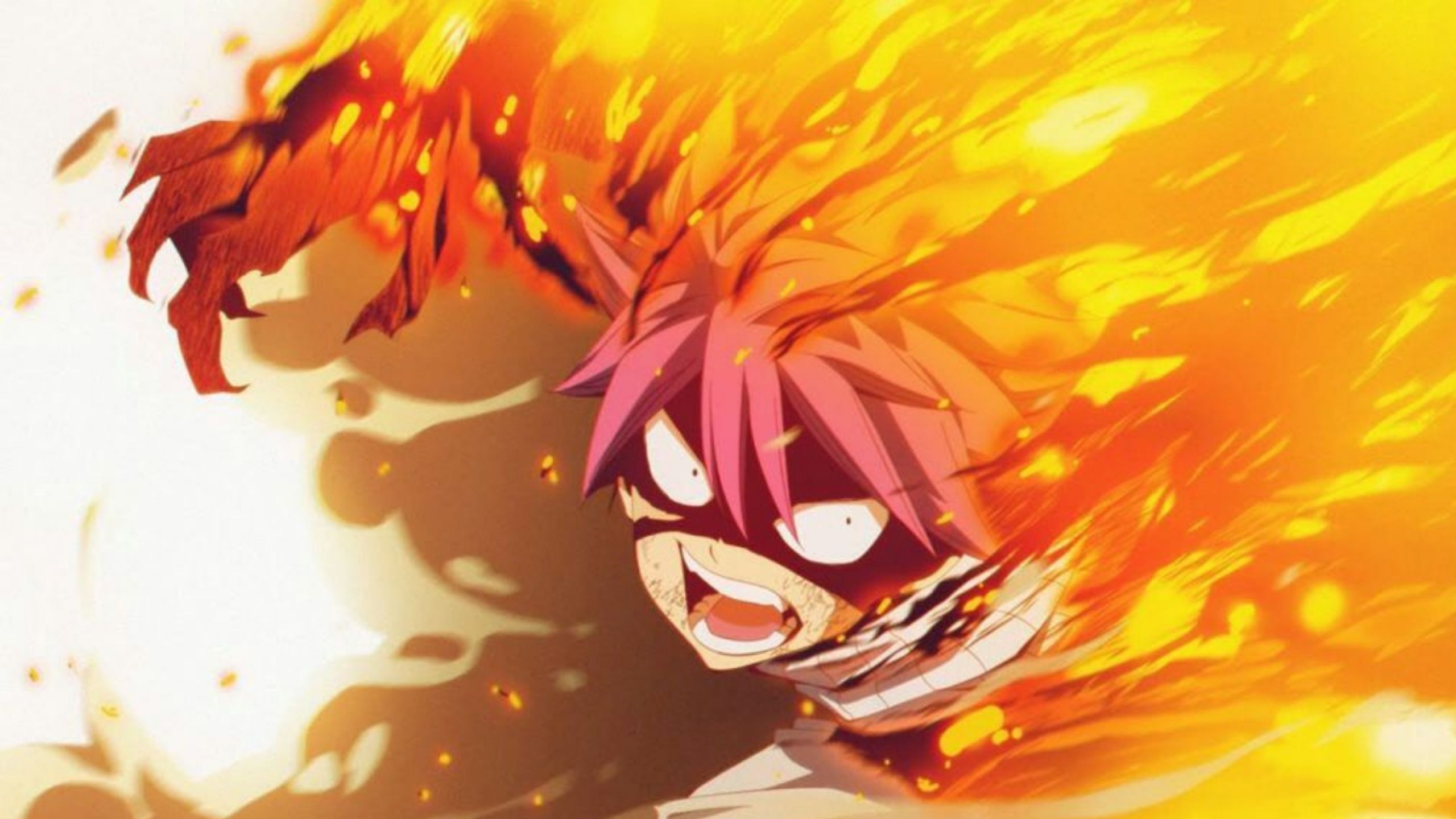 How Did Natsu Become END?

As revealed by Zeref, Natsu was his younger brother who had died 400 years ago. Zeref was filled with so much sorrow that he decided to become a mage to research Magic Powers that could bring his brother Natsu back to life. He did so after enrolling in Mildian Academy, but the price he paid was with his humanity. He was trying to revive Natsu through his dead body but ended up creating E.N.D. with a soul purpose that one day END will be able to kill him. 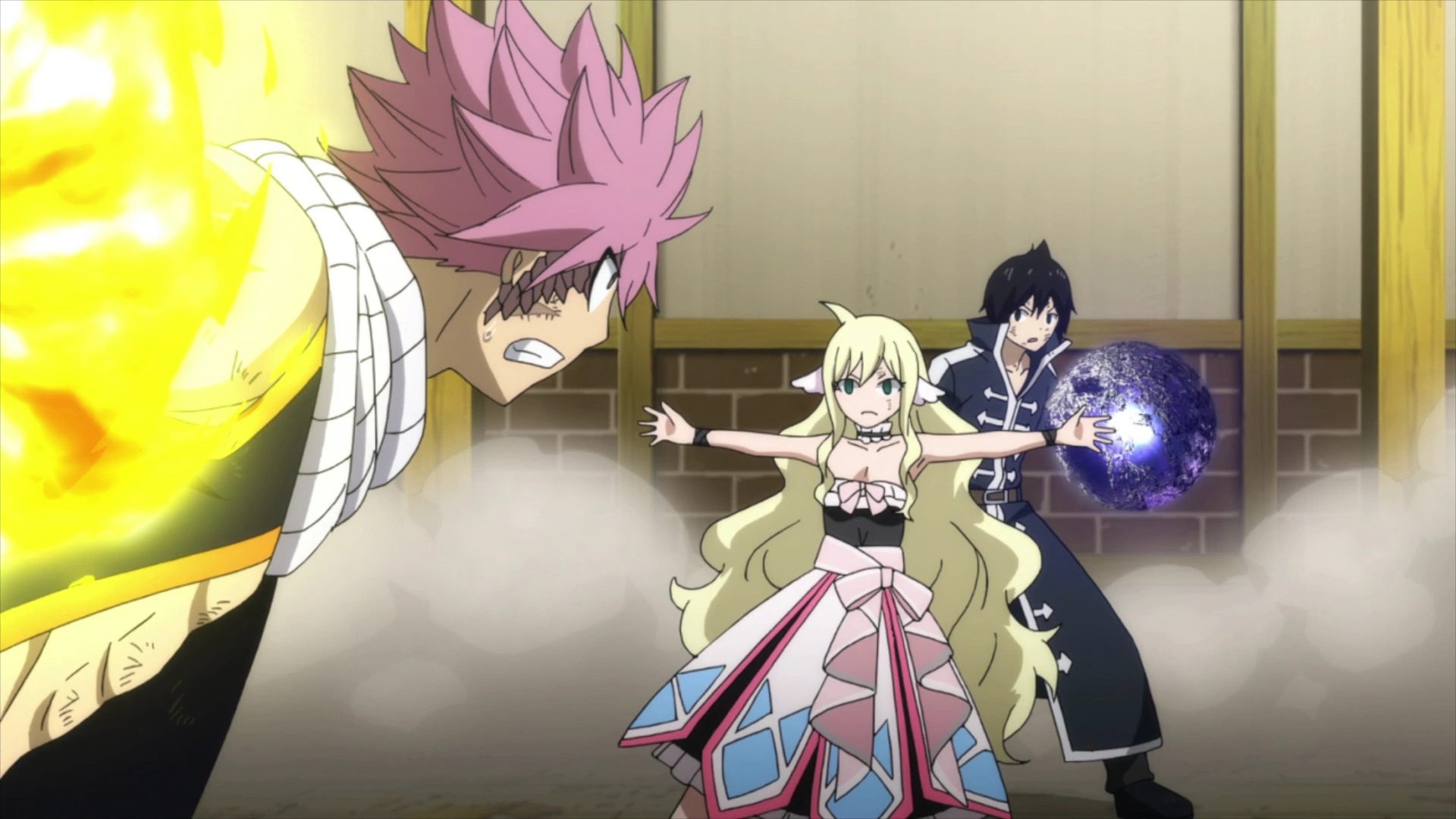 Where To Watch Fairy Tail Anime?

You can watch the first four seasons of Fairy Tail anime on the Netflix Streaming Site.

Also Read: 10 Reasons Why You Should Watch Fairy Tail