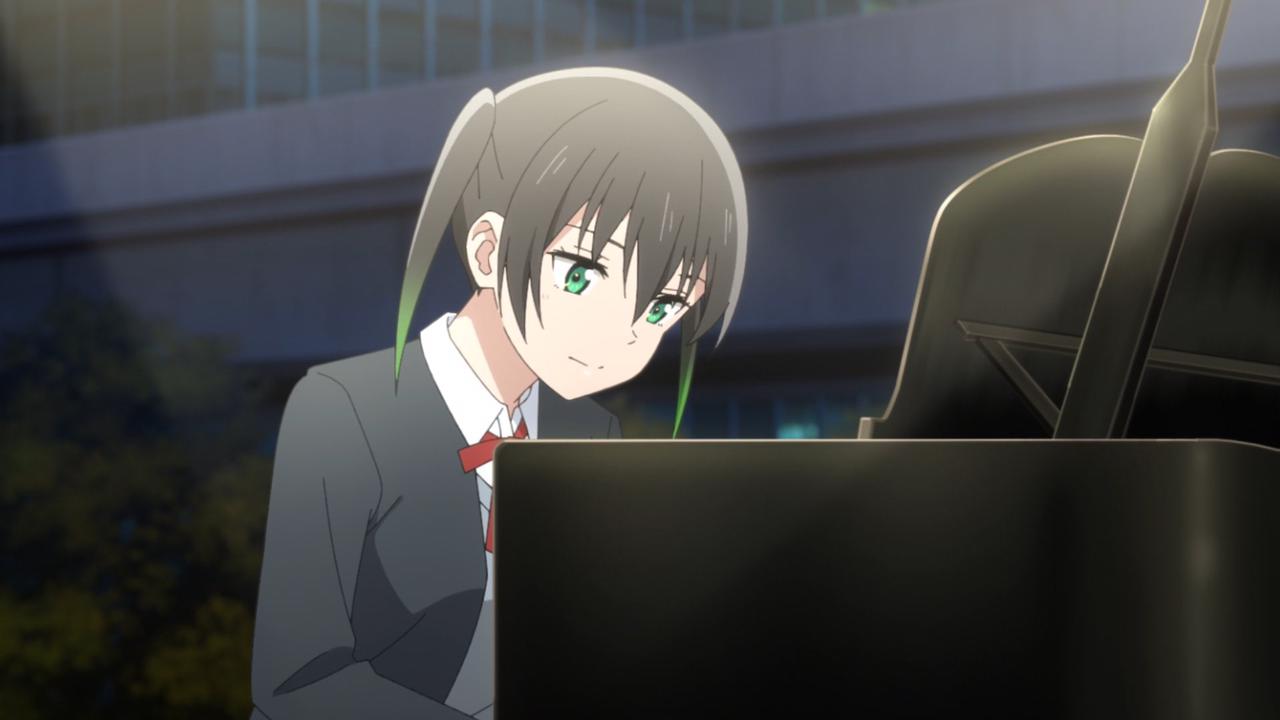 Love Live! Nijigasaki High School Idol Club Season 2 has been receiving really good feedback, and Episode 9 is well on its way after the very recent release of the 8th episode on 21st May 2022. As it is becoming a really popular series, fans just can’t seem to get enough, so we are here to brief you about the newest release!

Love Live! Nijigasaki High School Idol Club Season 2 is based in Nijigasaki High School, which is in Tokyo’s Odaiba neighborhood. The school is well-known for its open attitude and wide range of majors. The plot revolves around the members of Nijigasaki’s school idol club, who band together as individual idols to prevent the group from being disbanded. More girls continue to participate in the club’s activities as the novel unfolds. This series had become so popular even with the release of only a few handful episodes that it has been renewed for a second season. Yes! Love Live Nijigasaki High School Idol Club Season 2 has now premiered, and a few episodes have already aired.

Rather than following the same old dried-out formula of any new series that comes along in the second season. There’s no saving the school or getting it out of problems in this one; it’s all about the love of singing and the journey of an idol; these aspects are far more well-rounded than compared with the first season. You think to yourself as you watch this story. “What is your true dream?” “Do you really want to be in the idol scene?” That may seem like a stupid question, yet everyone in this series wants to be an idol. However, that isn’t the case; a narrative point so deep can really touch home and make one wonder if the route they’re going on ahead is the right one or not. 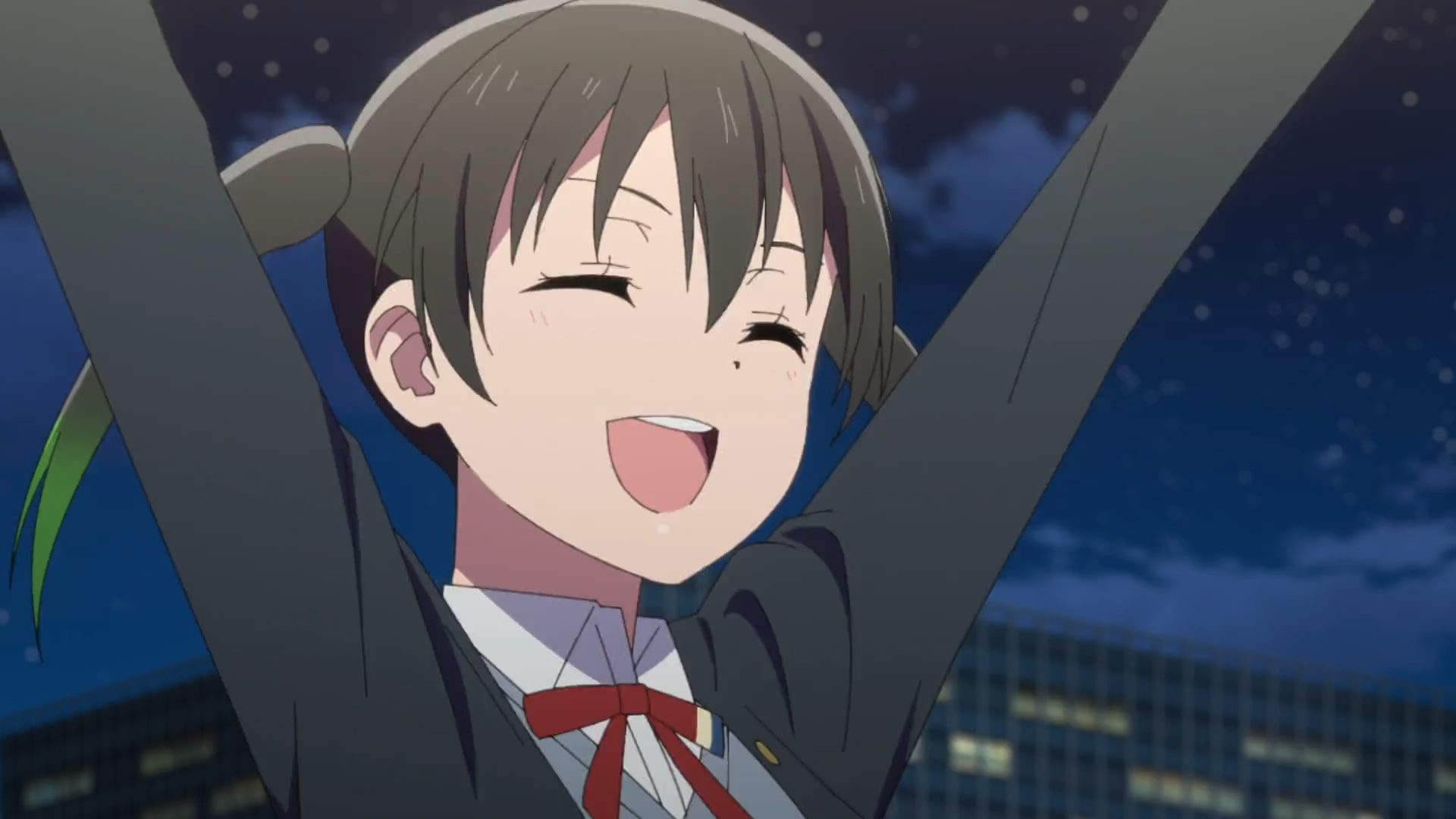 Yu Cheering For Her Members

The eighth episode of Love Live! Nijigasaki High School Idol Club Season 2 anime series titled The Place Where the Rainbow Begins aired on 21st May 2022. This episode’s whole conflict revolves around Yu’s struggle to finish a song on the day it is scheduled to be performed. Yu wanted to write the perfect song that encompassed her sentiments about the School Idol Club while simultaneously piercing Lanzhu’s heart, but time was running out. Instead of being a showcase for everyone in the program and a vague post at Lanzhu, Yu discovers her muse and decides she wants to put a piece of herself into this song as well.

The episode starts with the girls stating how time flew by in the School Idol Festival, and since the concert is not until 12, they should go have fun at the cultural fair since it’s the final day of the competition. They talk about how the opening act is done by Lanzhu whose popularity has been skyrocketing in this short amount of time. Suddenly Lanzhu appears, commenting on how their performances were great. However, they are not the stars of the show today. Instead, it’s her. Lanzhu wants to prove what being the idol of this festival means. 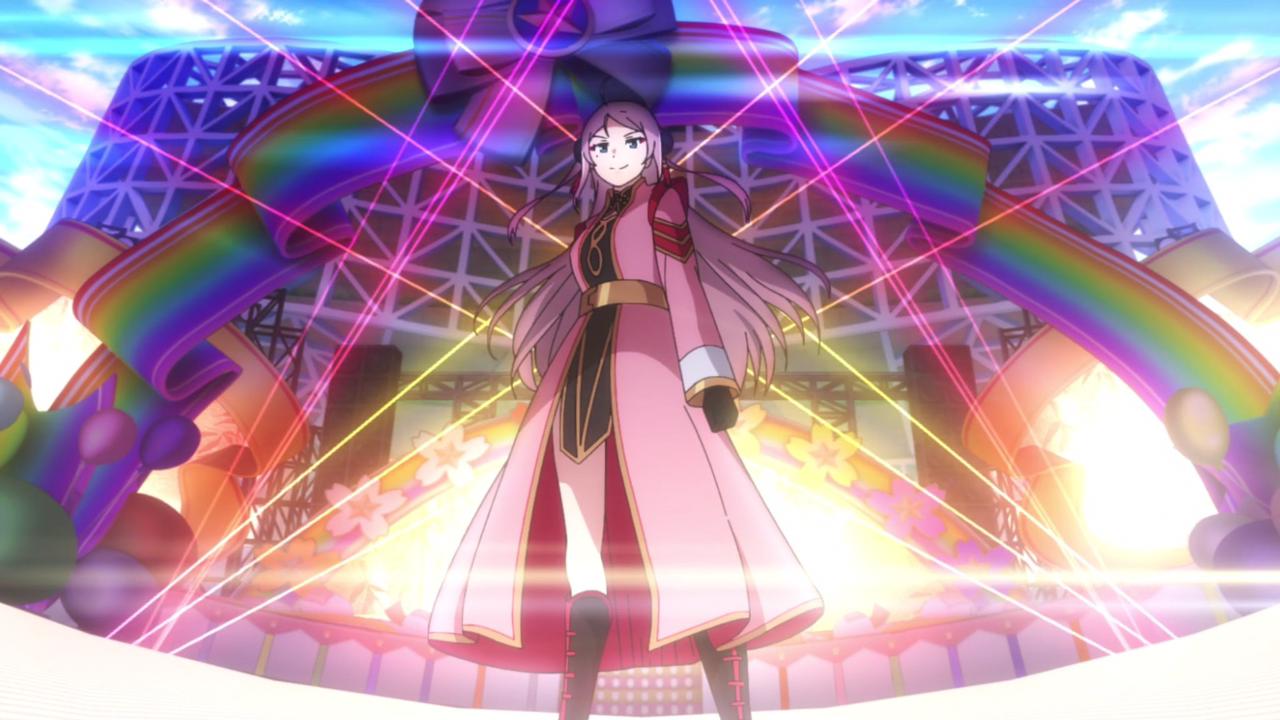 When it’s pointed out that the last space in the schedule of performances is empty, the girls admit that they don’t have a song yet and that Yu will be writing it. However, she is having writer’s block. For the next few moments, we see the girls enjoying the different stalls and activities in the cultural festival, a mini boat is set to travel all around the festival through pipes, and when it reaches its destination, Lanzhu’s performance will start.

They are all worried about Yu and her writer’s block, so Shioriko, Kanata, Karin, and Emma go to check on her, just to find that Yu is having a breakdown and exclaiming, “where is her thrill?”. Since she is not able to come up with any ideas, Shioriko suggests that there should be a change of pace, so the group goes to the festival to give Yu a break. While they are trying to make the songwriter relax, Mia, Rina, Shizuku, and Kasumi join them, and together they try to give Yu advice. However, she states that this will be a very important song to them, so it should be the best ever and that right now, it’s becoming challenging to figure out how to showcase each member in the performance. Yu also has another dilemma, and that is whether this song will be worthy enough proof that she belongs to the School Idol club and also if it will come up to the expectations of Lanzhu that Yu had once promised. Trying to figure out all those things at the same time made her lose her confidence.

The others cheer her up by saying that she’s too tense and that she’s thinking about this way too much than necessary. Ayumu explains that just the fact that they as a group will be singing a song written by Yu is already wonderful. The songwriter of the group is inspired by those words and then decides to just write about the thrill the School Idol Club, and their fans feel.

With the mini boat making its way to the goal, it suddenly gets stuck. However, Lanzhu proceeds to perform anyway as the girls go on to cheer for her on the side. Watching Lanzhu’s performance, Yu is inspired by her confidence, she reflects on their past as a group and realizes that she wasn’t just experiencing the thrill from all the performances and the idols, but she was also feeling it from seeing all her members giving their best to express themselves. She has an epiphany that her thrill is actually wanting to be close to her members and to be able to express herself right here, along with everyone. After realizing all this, she takes the help from Mia to rearrange the song.

Their group’s performance is the ending performance for the day; as they stand on the stage, one by one, all the girls thank everyone who has supported them and whoever loves school idols. They dedicate this song to Yu, who plays the intro of the performance solo on the piano. The performance ends with loud applause from the crowd. 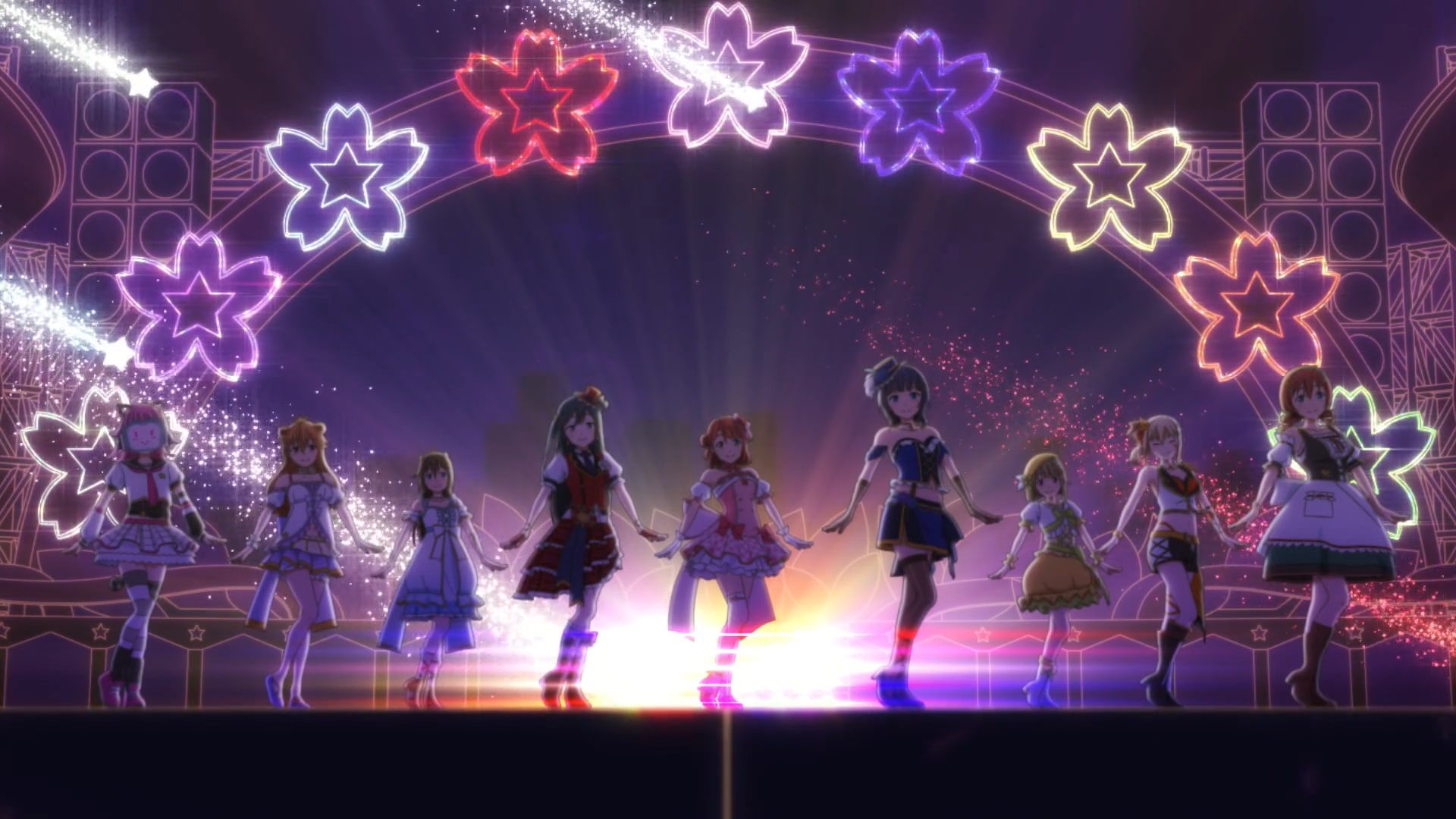