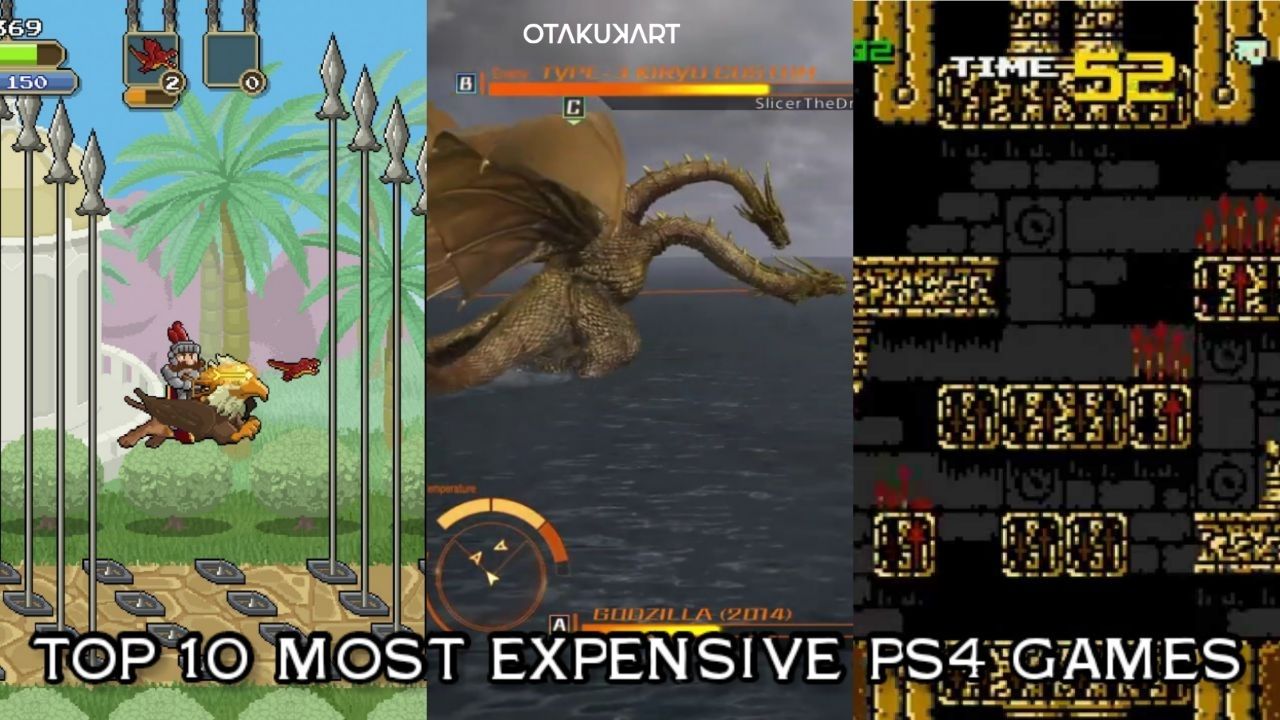 Today the gaming community is huge, and many gamers have a huge collection of games. But this hobby of collecting games has been popular among gamers since the 1970s. Earlier, Hardcore gamers used to collect physical copies, and some of them were rare and even expensive. In a few years, digital copies have taken the place of the physical ones. Because of this, people started collecting even more, as digital ones have more pros than cons. Also, people started upgrading the gaming experience with every launch of a better version of PlayStation.

Finally, the most popular PlayStation 4 was launched in 2013, and gamers were very satisfied with this launch. As a result, PS4 is still the favorite thing of gamers. Well, they started growing their collection with rare and expensive games. Do you want to have a look at some of the rare and expensive PS4 games? Read On. We have listed some of the expensive PS4 games with increasing prices. There are games such as Tamashii and 1001 spikes which are not only expensive but rare too. If you get these games to your collection, then you are certainly going to shine among your friends.

Tokyo 42 is a shoot’ em up and action game with both single-player and multiplayer modes. It was released for PS4 on August 15, 2017, and the publisher of the game was Strictly Limited Games. In the game, a player gets a variety of weapons, and they have to choose whatever weapons they are comfortable with. 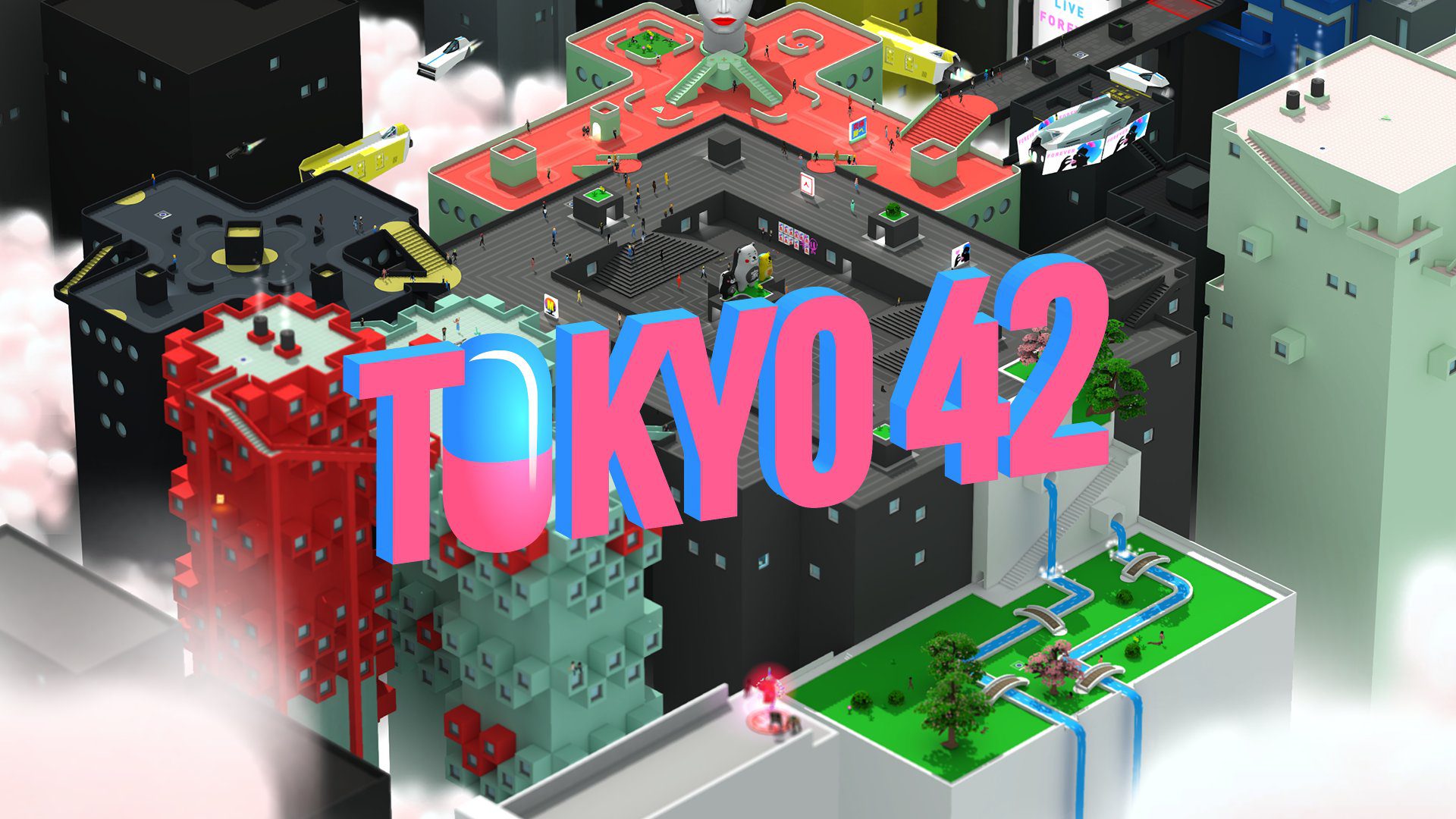 And they have to fight enemies and defend themselves from those enemies. This game costs between $65 and $90, and only 2600 physical copies were produced, and all of them are sold. Also, this is the first game from Strictly Limited Games. Furthermore, you can rarely find it in sales.

Strafe is a 2017 game that was released worldwide on May 9, 2017, and it was available for Linux on March 27, 2018. It is available in a single-player mode, and it is a first-person shooter game. It doesn’t have an open world, so FPP is kind of perfect for the gamers. 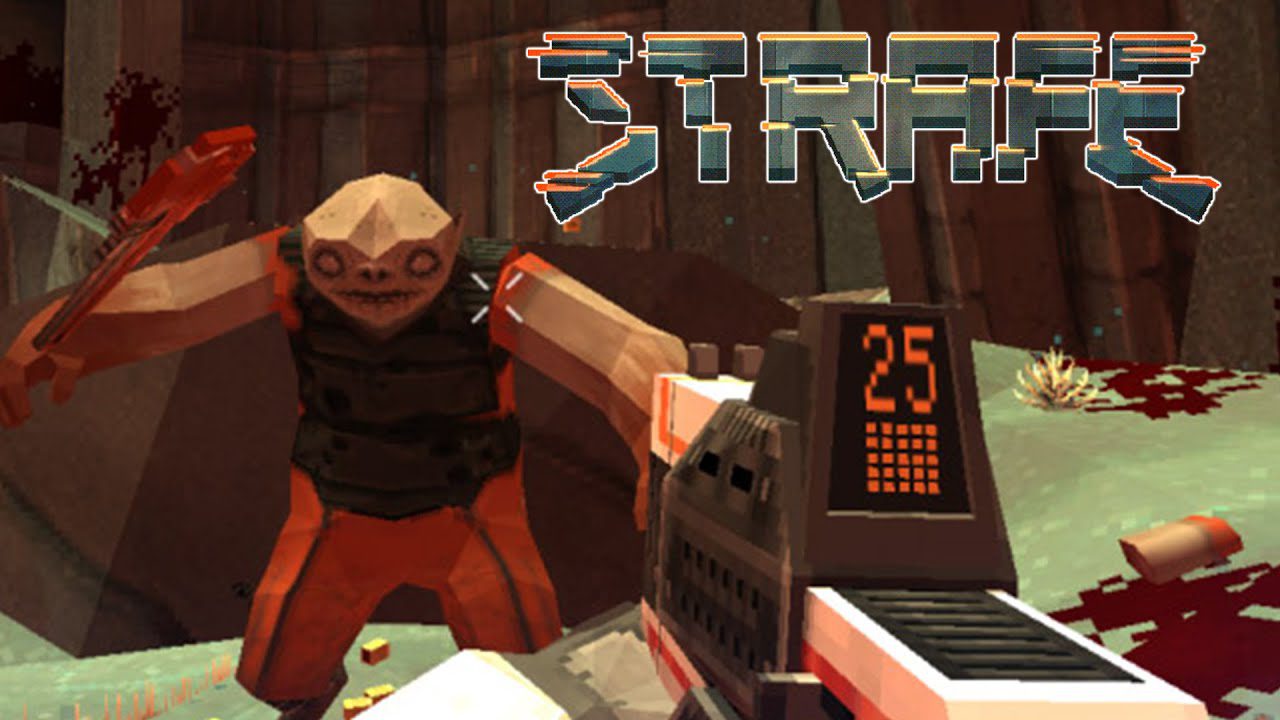 Now, coming back to its current prices, it can cost us from $27 to $130. A very famous game that won the hearts of a large number of gamers. As a result, it collected $207000 at its initial stage, but the publishers made only 1000 copies, and many gamers were unable to get the game.

Also Read: Games Similar to Tower of Fantasy That Everyone Should Try

Rez Infinite is a musical rail shooter game that was launched for PS4 in 2016. It is said to be a rare and expensive PS4 game as its price varies between $50 and $165, currently. It is the expanded version of the 2002 PS2 game that is Rez. Rez was a good and popular game but needed a lot of improvement, so iam8bit published Rez infinite. 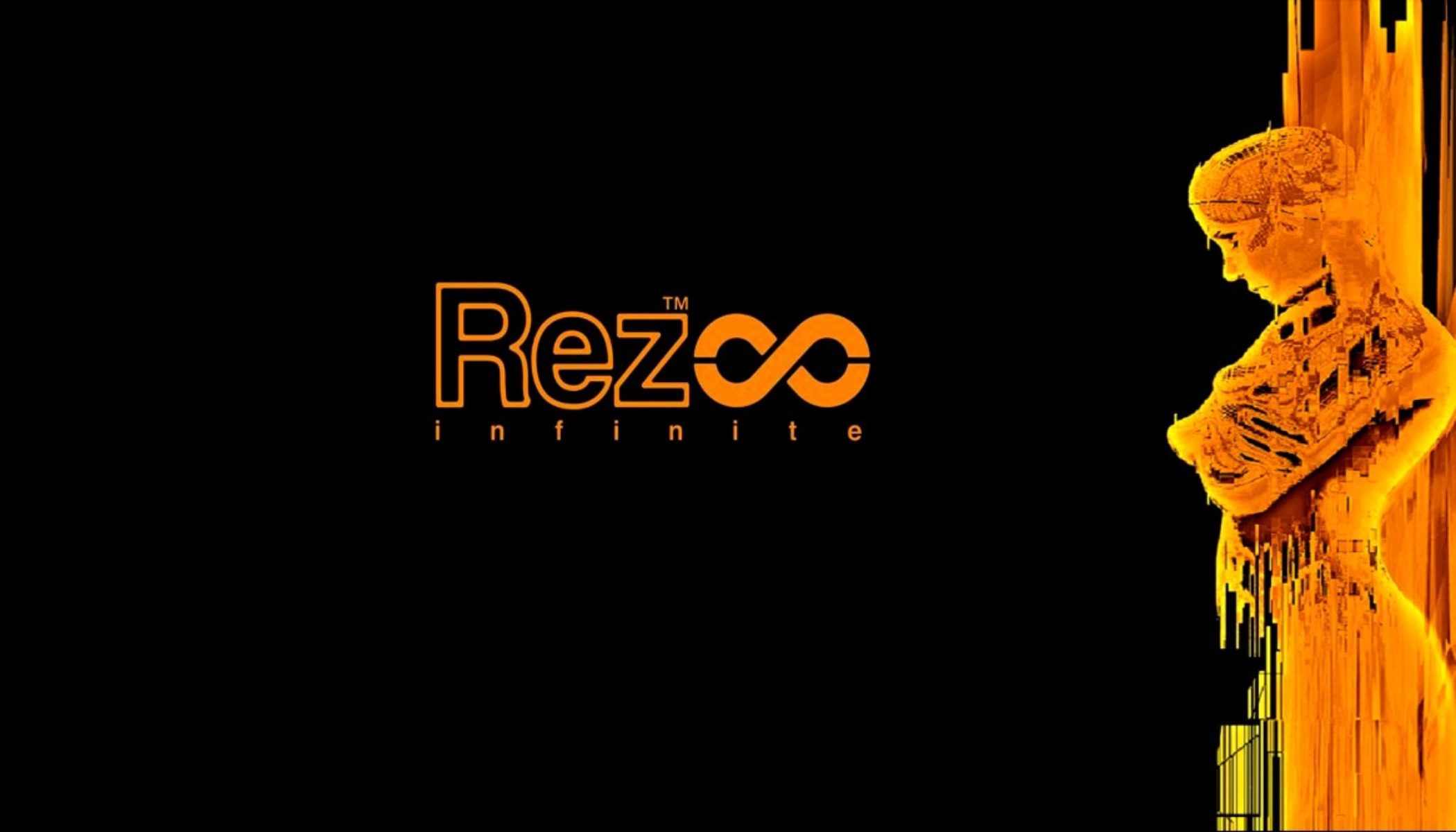 However, the new Rez had very few copies, and the exact number of produced copies is unknown. In the game, the player has to fight viruses and other tech-related issues as a hacker. Also, the enemies in the game become strong as the level rises.

Saturday Morning RPG is not only expensive but a unique game too for the publisher. This was the first PS4 game from their side and their second game after Breach & Clear. Also, as their name says, Limited Run Games, they made limited copies of the game that is 1980. The reason behind this might be the theme of the game. 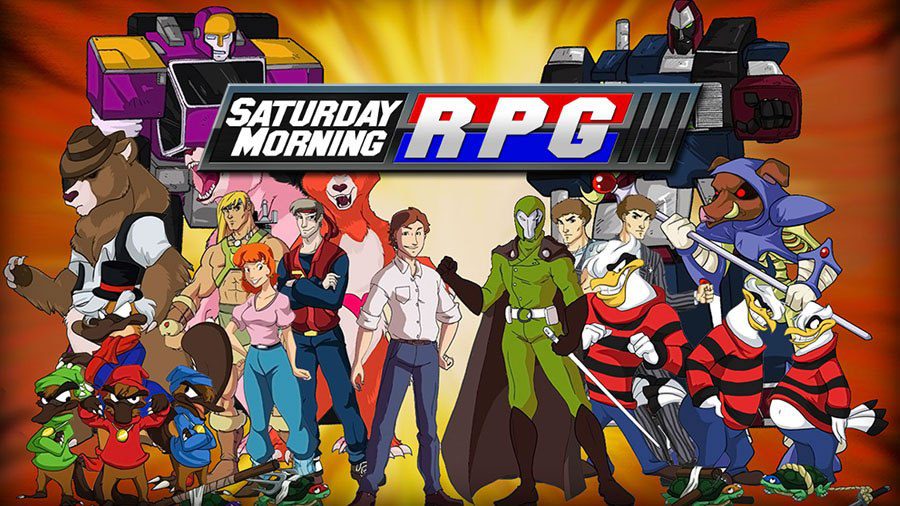 Next on the list of most expensive PS4 games is Retro City Rampage DX. It can cost between $150-and $350, and there are more than 2000 copies of the game that are already sold. It was released in December 2014, and people loved the game. Well, this was the first game on PS4, which was available as a limited edition. 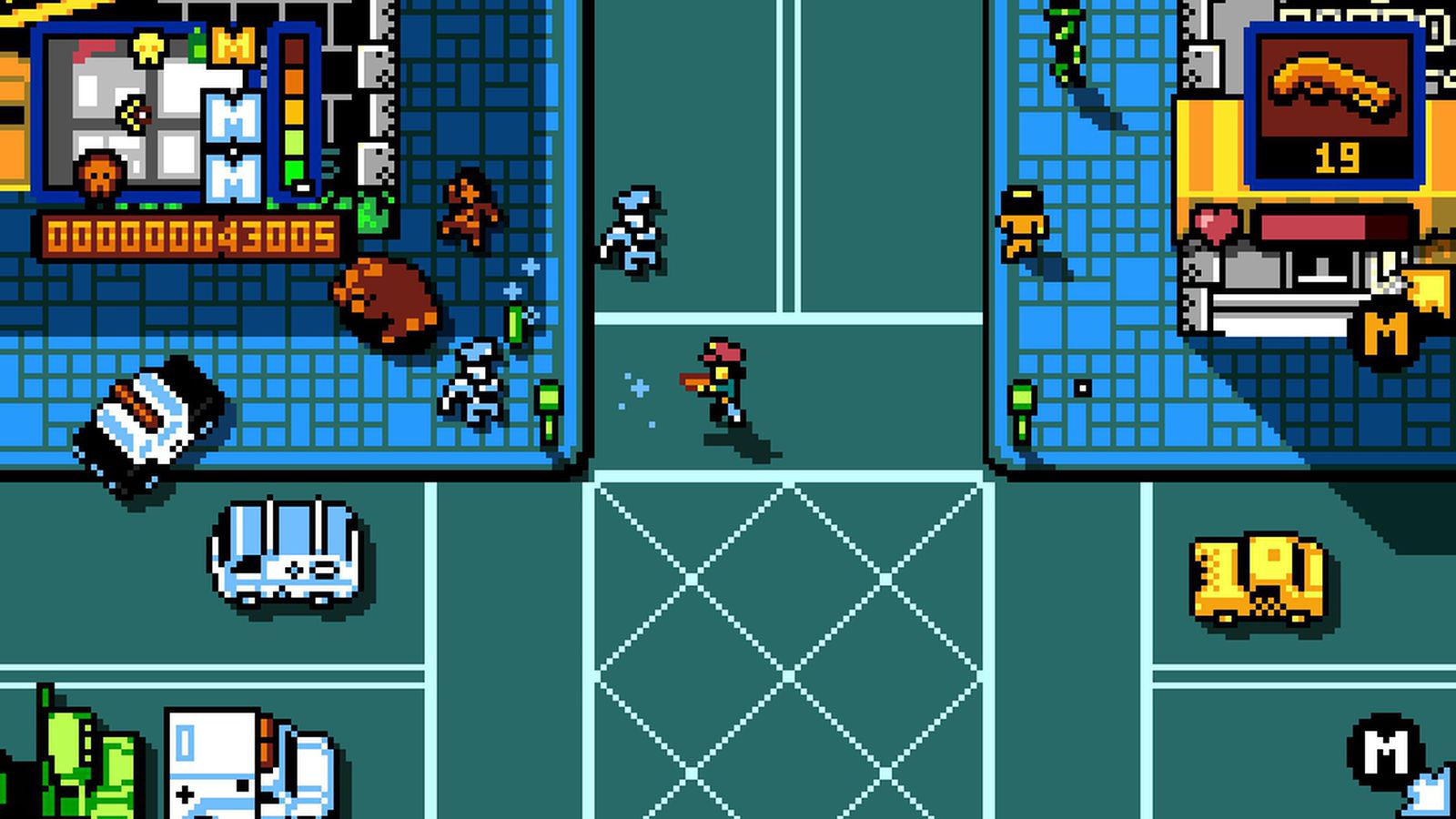 Now, some people think that this is the beginning of a limited edition wave for PS4. Further, in this game, a player has various missions that they have to complete. Now, they can do this in an open world. Also, they can explore that world.

Godzilla, the one very popular game around the world, currently costs between $159 and $375. It is an action-adventure fighting game with both single-player and multiplayer modes. Also, it was first released for PS4 on July 14, 2015. Even though the name Godzilla was famous but the game received negative responses. 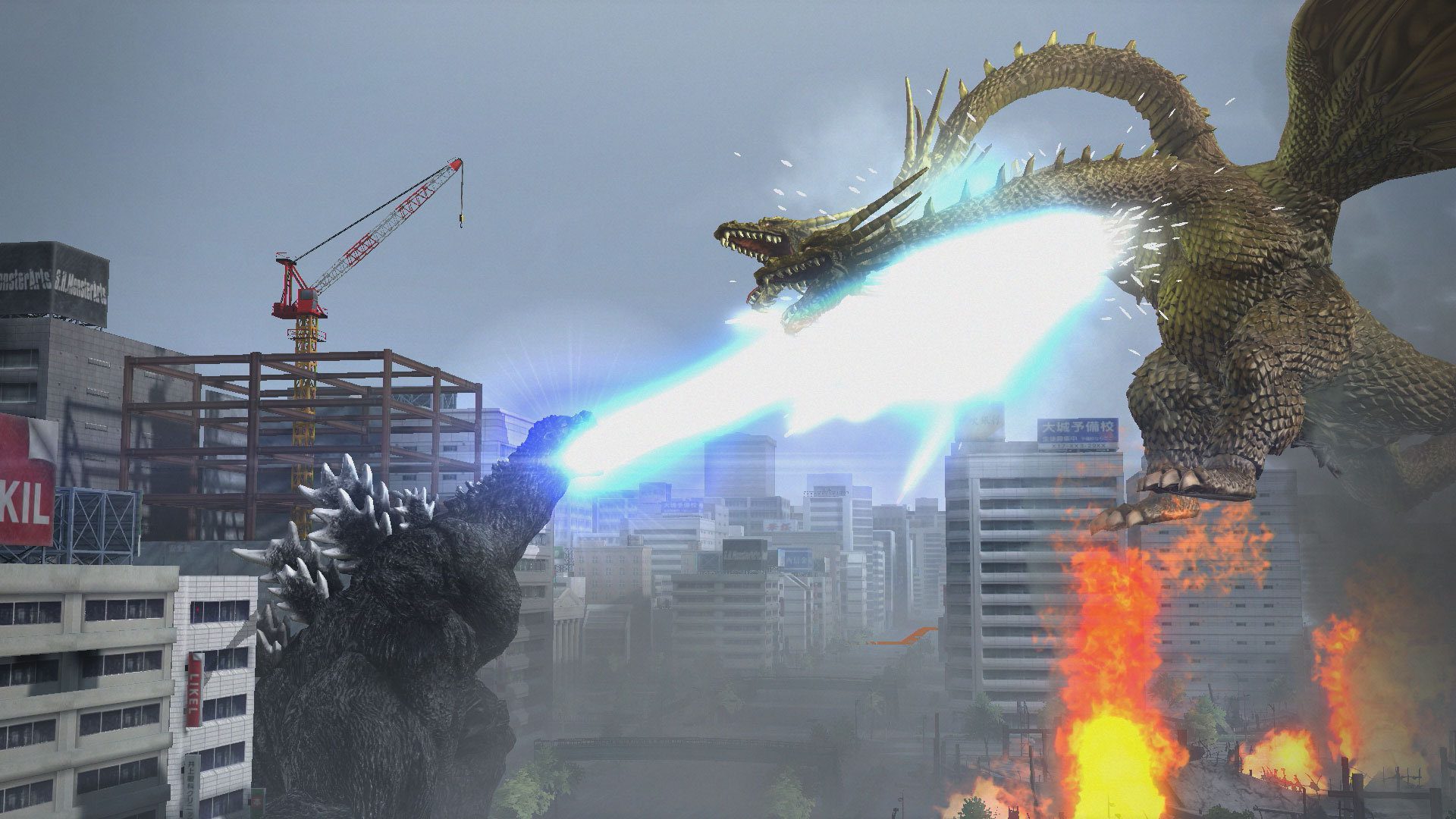 The reason was the graphics. People hated that the team didn’t pay attention to the presentation of graphics, but the team said that they wanted the players to get the feel of this game on a low budget, so they were not able to do more than this. Still, the game is expensive as compared to other good games under $300.

Gryphon Knight Epic is also on the list of most expensive PS4 games. It costs between $350 and $500 for an unopened copy. The publisher of the game, Strictly Limited Games, was new as an indie publisher, so only 999 copies of the games were produced and sold. 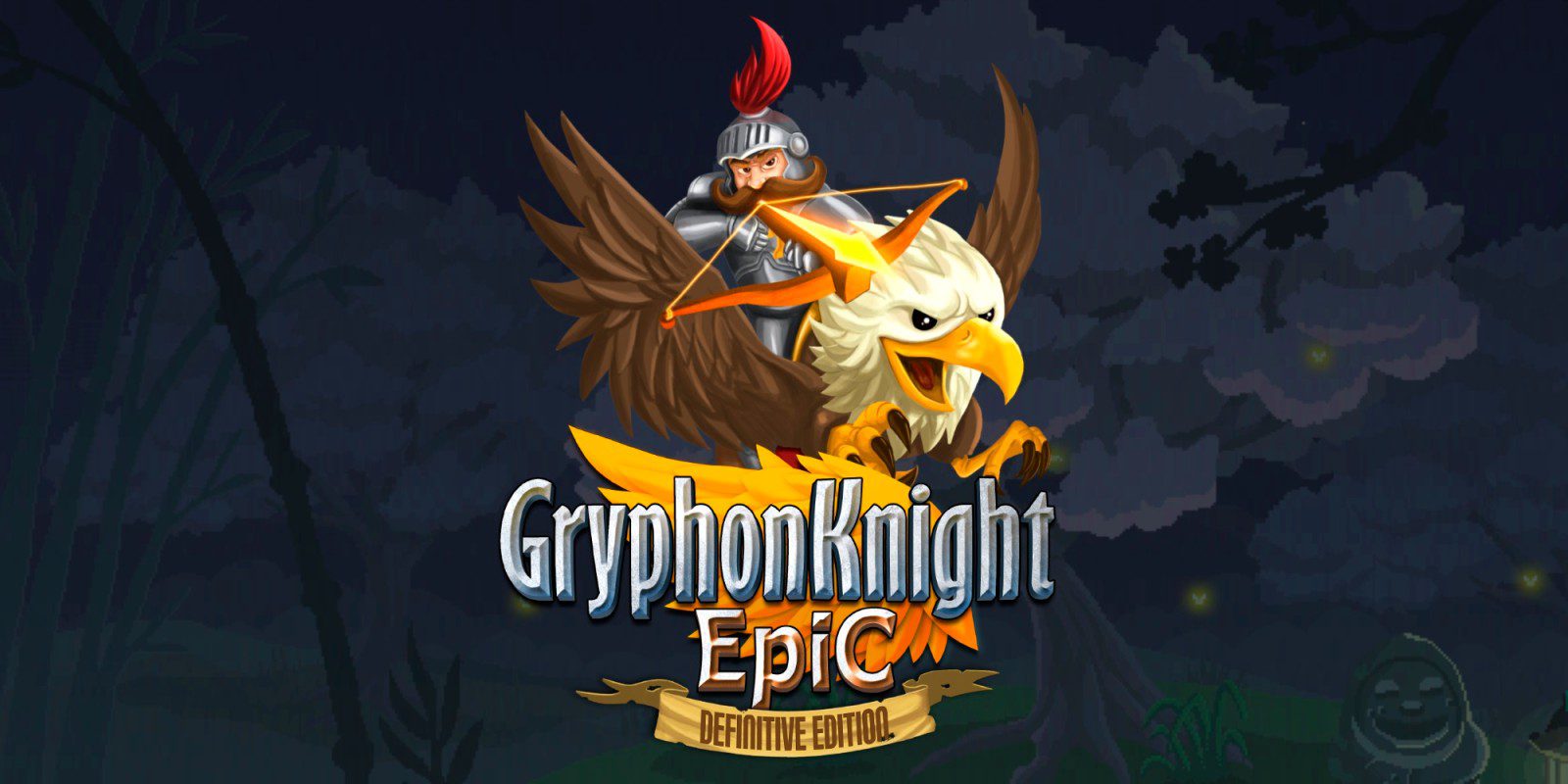 However, a limited edition of the game was released at the end of November 2020, in which more than 2000 copies were sold. Also, these copies used to cost around €25, but today, they may cost hundreds of dollars which is a huge amount just for a game. Furthermore, the game was released on December 17, 2017.

1001 Spikes is a platform game that puts the player into different challenges. It was released on June 3, 2014, but it was first available for PS4 on October 7, 2015. In the game, a player has to move on to reach the victory spot, but he faces various disasters and n number of spikes. 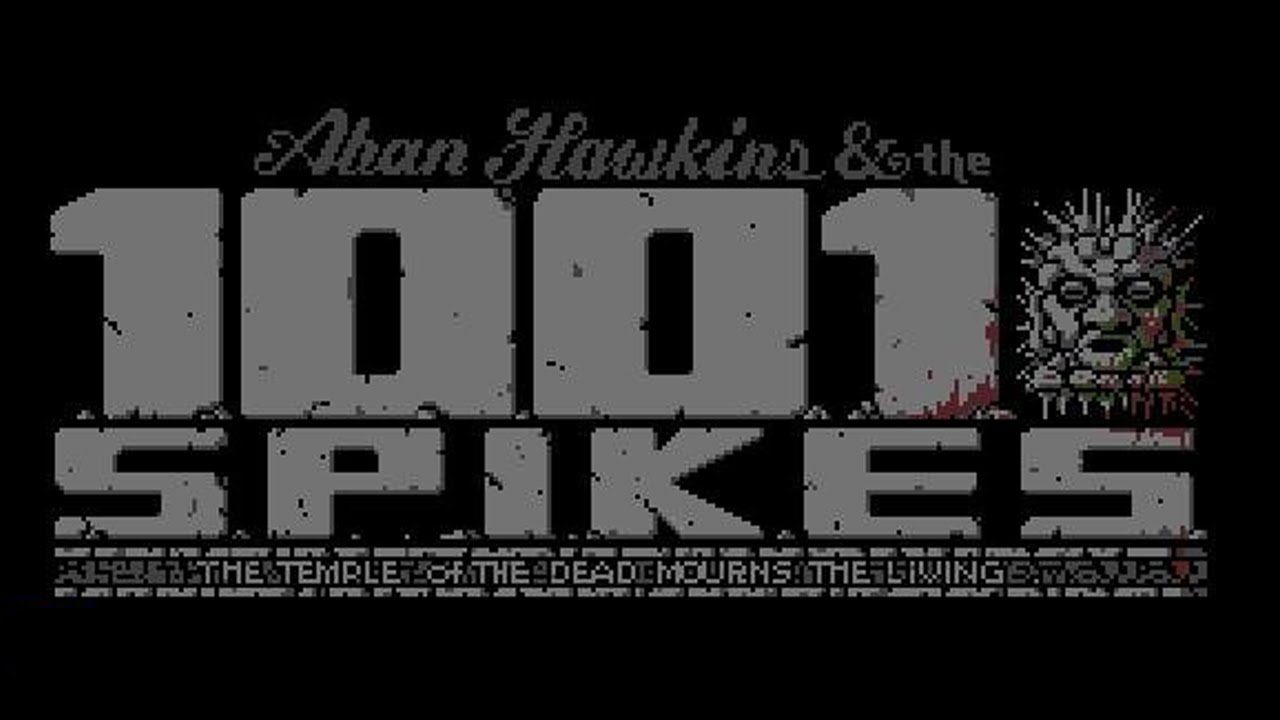 As the player plays well and travels more, his challenges get worse. Further, the game received a very positive response from a huge population. Currently, this game costs between $200 and $800. So, yes, it is an expensive game, and you might be lucky to find it on famous shopping sites. 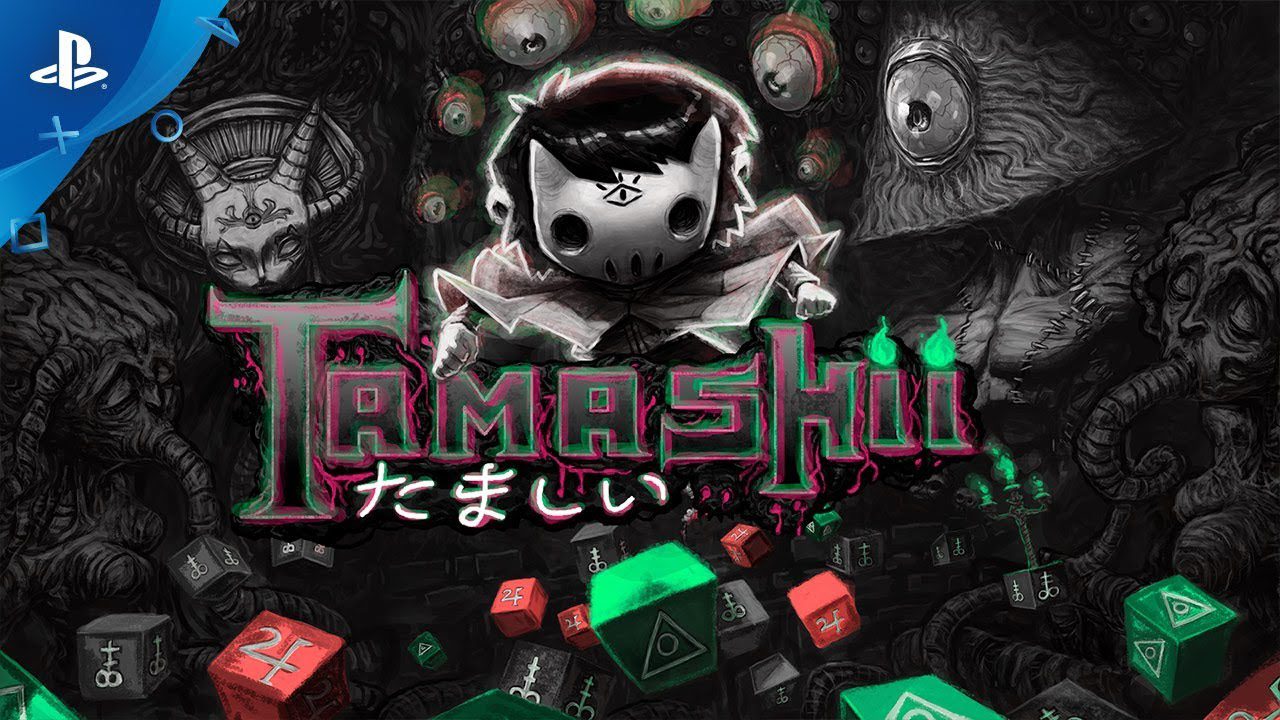 It was released on October 31, 2020, and this date was around Halloween 2020. Because of this game, there was confusion among the team as Limited Run Games. The publishers started making copies and selling them without even informing the developer, Vikintor.

Also Read: 10 Best Games to Play On Your PS4 Before The Arrival Of PS5

Let’s move on to the rarest, weirdest, and most expensive PS4 game. It is Poop Slinger, which was released on April 1, 2019. We all know that April 1 is known as “April Fool Day,” so generally, people don’t believe anyone on that day. But the publishers of Poop Slinger, Limited Rare Games, have a habit of surprising their fans. They made an announcement about the release of the game on April 1, 2019, but no one believed them. Well, the game was already available on the market by Diggidy.net, but people didn’t pay attention to this game. 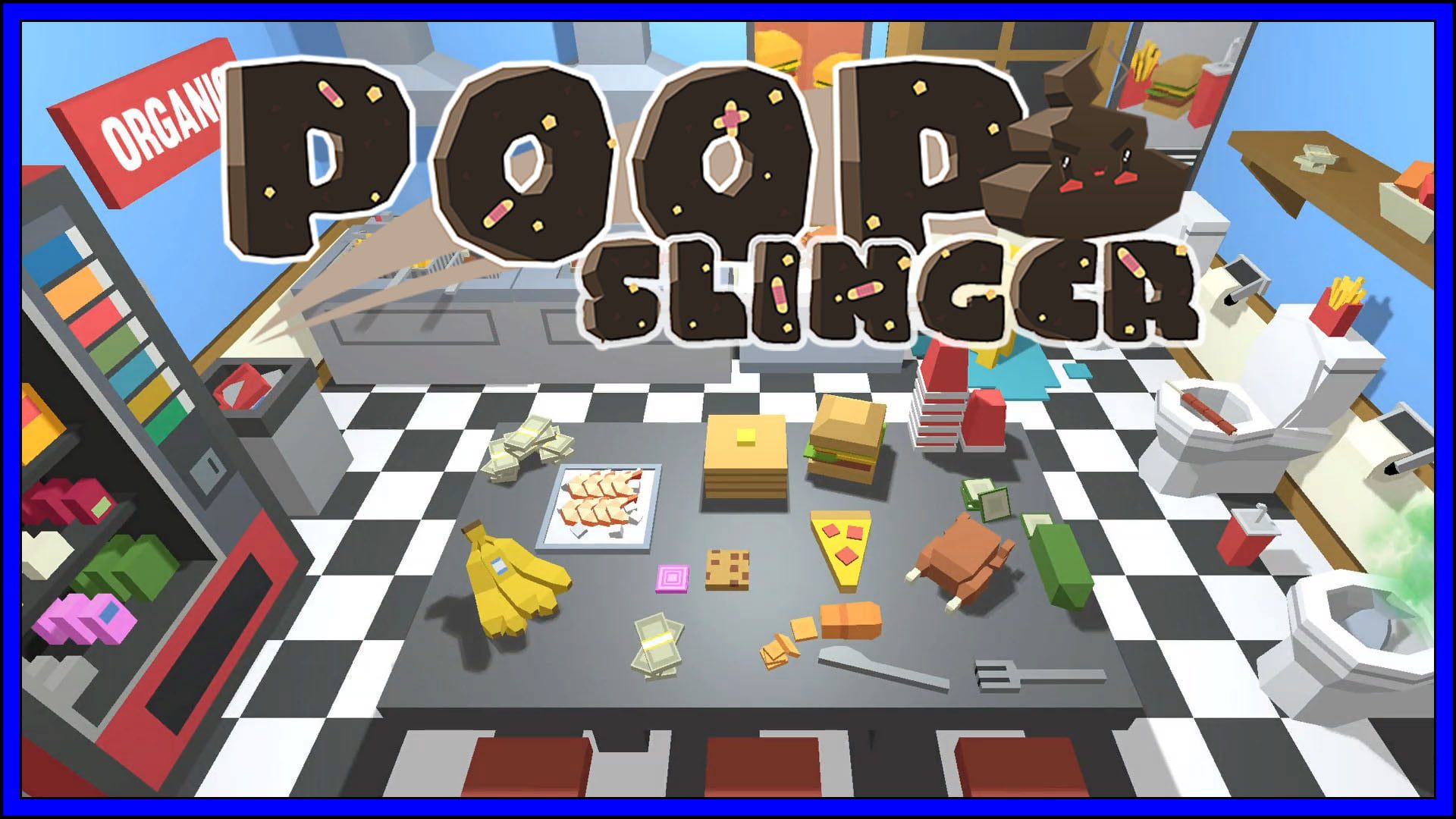 So, Diggidy.net partnered with Limited Rare Games for physical copies. They set the release date, and nobody believed that an actual game would be released on April 1. Therefore, out of 1000 physical copies, only 84 were sold. As a result, they weren’t able to earn much from Poop Slinger. The sale was closed. Currently, you might find this game on the internet, but if you do, the sites must be asking a huge amount for this game as it is now popular because of its story, weirdness, and rarity. They can ask you for any amount between $2000 and $6000.

Also Read: 7 Games Similar To Tiny Tina Wonderlands That You Need To Check Out