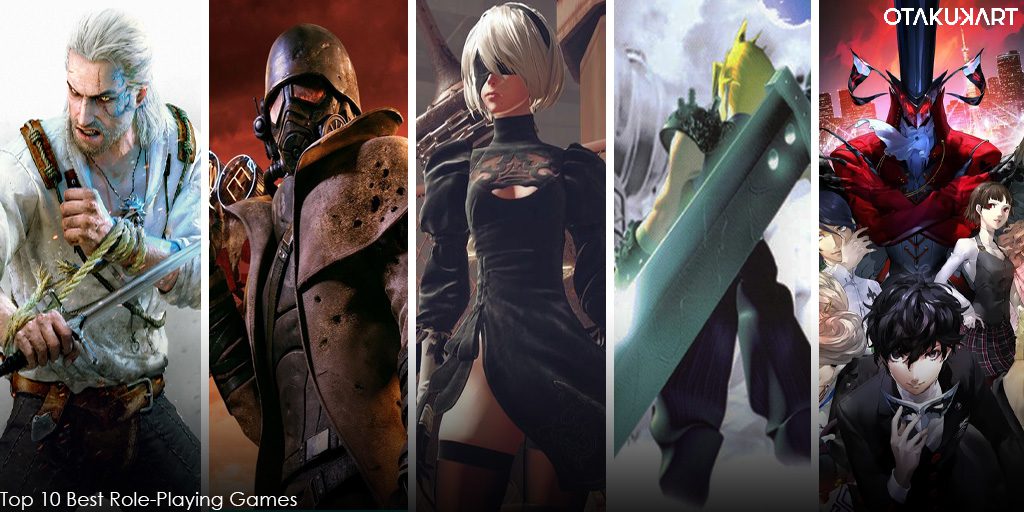 Role-playing games are the genre where players directly control all the choices of the protagonist, which in turn leads to changes around the world or society, whichever is concerned. The settings of the game usually take place in the world, magical or sci-fi, where the world or society is in a state of strife, like civil war, world war, etc. Some twists may change the direction of the story. The role-playing games have some things in common, like exploration and quests, to further the progress, inventory, items, etc. The game may contain abilities such as magical abilities, scientific abilities, etc. Choice-making is one of the main parts of role-playing games that directly control progress.

Top 10 Best Role-Playing Games That Everyone Should Try

Below are the top 10 best role-playing games that everyone should try. All the games in this list are provided with why they made on to this list while others did not. Some spoilers may be there, so you have been warned.

The list starts with none other than Person 5, the game from the critically acclaimed Persona franchise. P-Studio developed, and Atlus published this game in 2016 for the PlayStation 3 and PlayStation 4 consoles. This Japanese role-playing game brought a huge impact upon its release. 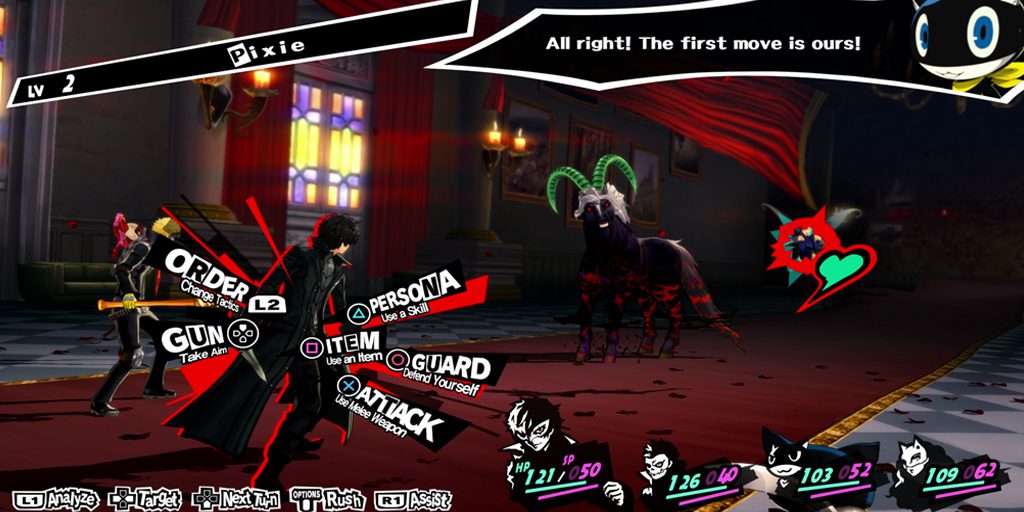 The fans loved characters, even the side characters, from the get-go. The art direction, gameplay, story are other things that made it the true sequel in the Persona franchise. Most of all, the soundtrack was critical acclaim and truly a banger.

Persona 5 follows a student named Joker in a modern-day Tokyo setting. Joker transfers to a new high school after a false accusation. He and other students awaken a supernatural power and form a vigilante group called Phantom Thieves of Hearts. They then explore and battle supernatural entities in the Metaverse, which grew from humanity’s subconscious desires.

A list of role-playing games and there is not a game of Bioware, that is not possible. The first game in the Dragon Age franchise, Dragon Age: Origins, is a must for role-playing games players all around the globe. Bioware developed and Electronic Arts released Dragon Age: Origins in 2009 for Microsoft Windows, Mac OS, Xbox 360, and PlayStation 3. The developers wanted to tell the story of a heroic tale but in a dark-fantasy setting. 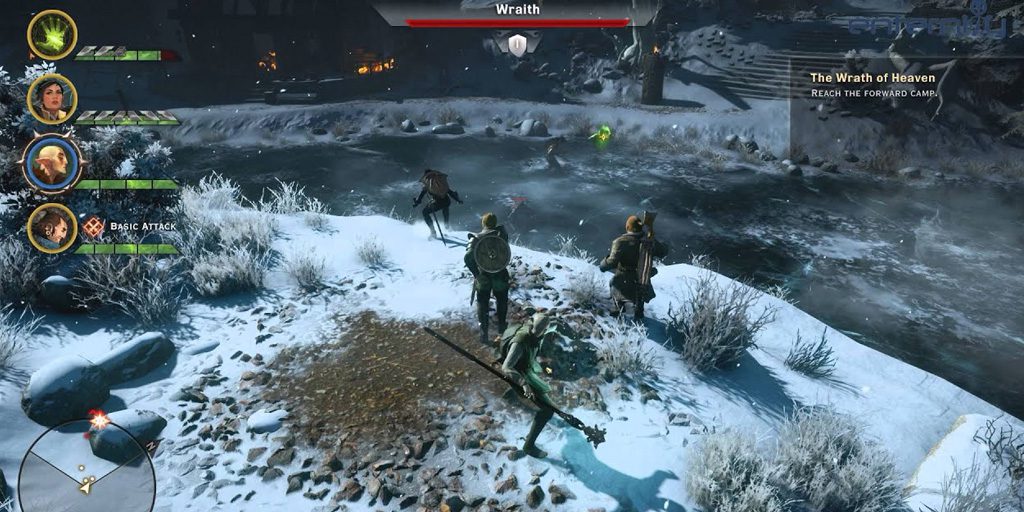 Origins was successful critically and commercially as it would be. Origins shined even in other aspects like side characters quest, where the players learn their backstory, other than the obvious factors like the main story, direction, music, voice acting, etc.

Dragon Age: Origins takes place in the Kingdom of Ferelden, where darkspawns are invading. The players create a character warrior, mage, or rogue. The role can come from a human, elven, or dwarven background. The player then joins Grey Warden, where they must defeat Archdemon to stop the invasion of Darkspawns. 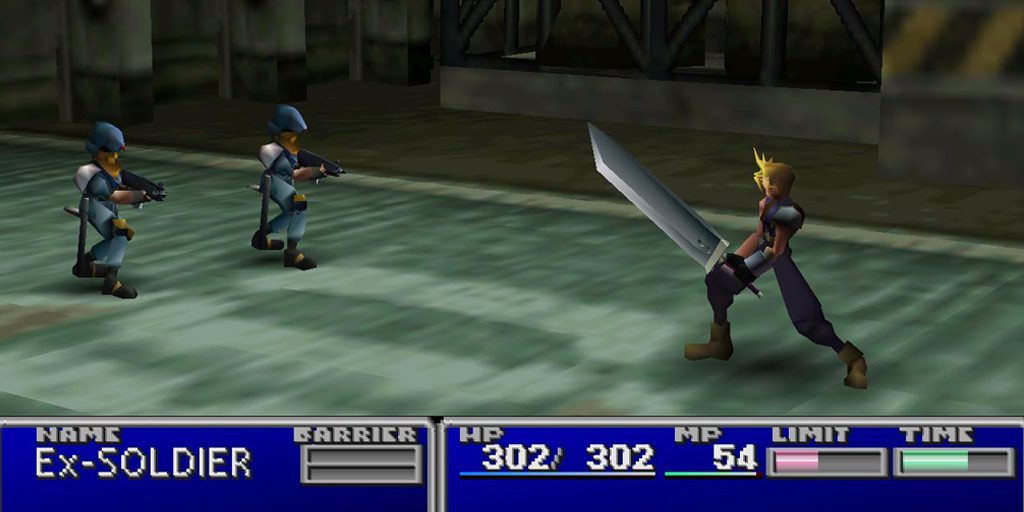 This huge budget for the game had huge expectations to break, and it did just that spectacularly. The story, 3D models and animations, songs, characters made it “the best game of Final Fantasy franchise.” The English translation was not very good and sometimes just confusing. Commercially the Final Fantasy VII was also a success, no doubt there!

Final Fantasy VII follows the protagonist Cloud Strife who joins his childhood friend’s eco-terrorist group to stop the mega-corporation, Shinra Inc, from drying the planet’s life essence, Mako. During his quest, he meets Aerith Gainsborough, who wields special powers that can help him in his quests.

Though you will find all the games from Triple-A companies, here is a game that is indie. Stardew Valley is a simulation role-playing video game that only one person created. Eric Barone created everything of Stardew Valley entirely by himself. The story, programming of the game, music, and visuals are all done by Eric Barone. 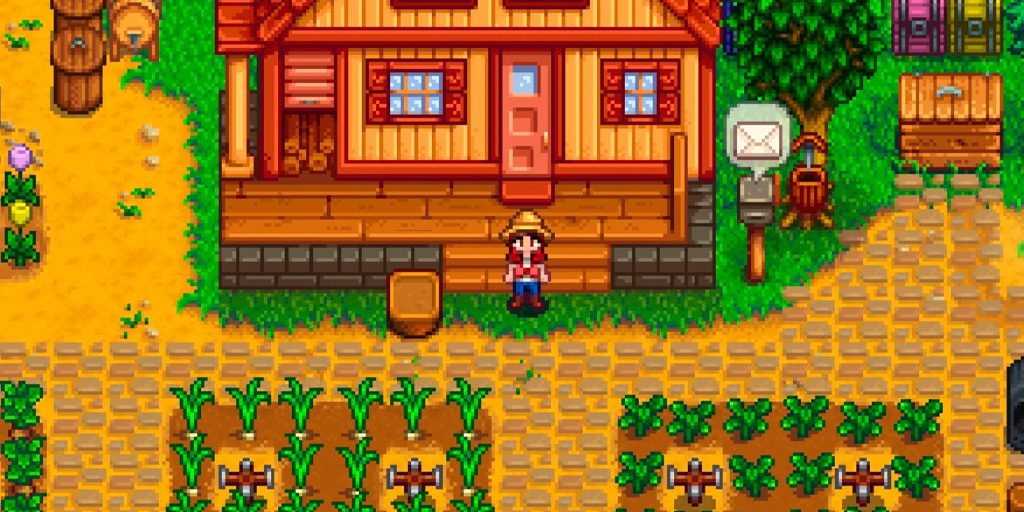 Upon its release, the praise for Stardew Valley was humongous positive. Every fan and critic said that every aspect of the game is addictive. The variety found in the game is numerous, where repetition does not occur. After Stardew Valley’s release, Eric Barone came on Forbes’ list “30 Under 30.”

There is not a plot in this game, as it is open-ended. The players can do activities such as socializing with the townspeople, mining, raising livestock, selling produce, and growing crops. The players can also marry someone and have children. 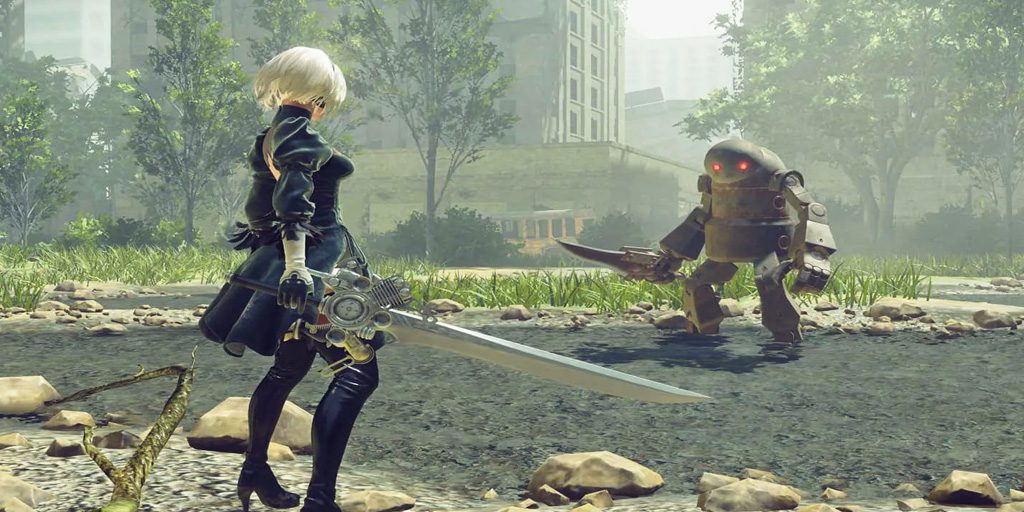 While the themes are many, that does not mean the game fails on them. The story and characters are the clear winners of Nier: Automata. The game showed that Love is one thing that can allow one to deal with bad situations and get out of them.

Nier: Automata takes place 11945 AD and follows 2B, a combat android, and 9S, a scanner android. The plot deals with the proxy war between the androids and the alien-created machines who invade the planet.

There are many instances where the prequels are said to be inferior to the original properties or their sequels. Star Wars is no exception for this, as it happened with Episode I, II, and III movies. But Star Wars: Knight of the Old Republic, at its release, broke this belief. Star Wars Knights of the Old Republic is considered the best game in the Star Wars franchise of all time. 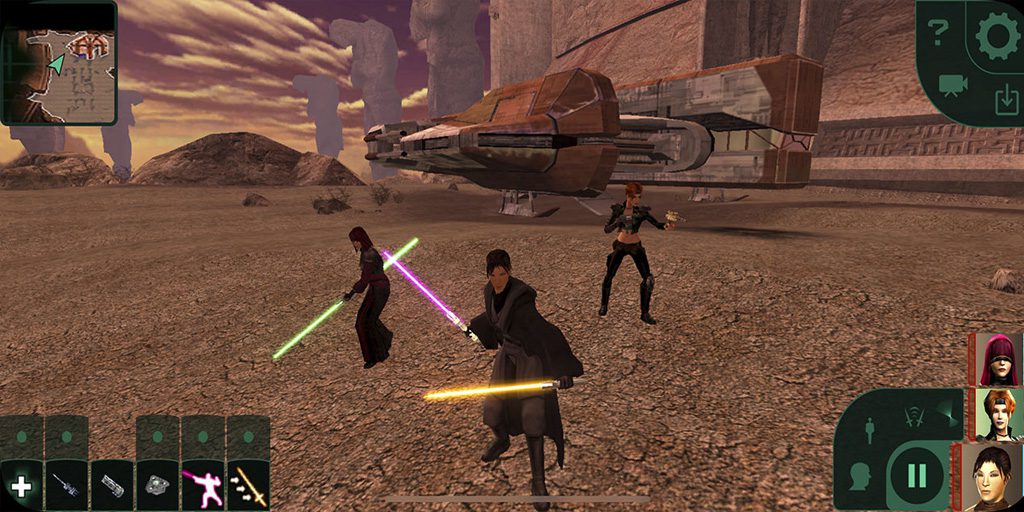 The developers, Bioware, were given enough freedom during Knights of The Old Republic’s development. This freedom allowed them to work on the ideas and concepts, which were very slightly hinted at in other media of Star Wars. This worked well in their favor. Knights of The Old Republic cast, story, music, choices, and almost everything were perfect.

KOTOR takes almost 4000 years before the prequel trilogy, where Dark Lord of Sith, Darth Malak, declares war against the Galactic Republic. The player takes the role of a custom-made character, a Jedi, and must go on a quest to defeat this Dark Lord of Sith.

The Elder Scrolls V: Skyrim had to be on this list, so here it is. Bethesda Game Studio was on a critical acclaim streak with their previous two role-playing games, Fallout 3 and Oblivion. What happened with Skyrim then? It followed them on that streak and surpassed them. Bethesda still releases Skyrim to this day with remasters, re-releases, new-gen releases, etc. 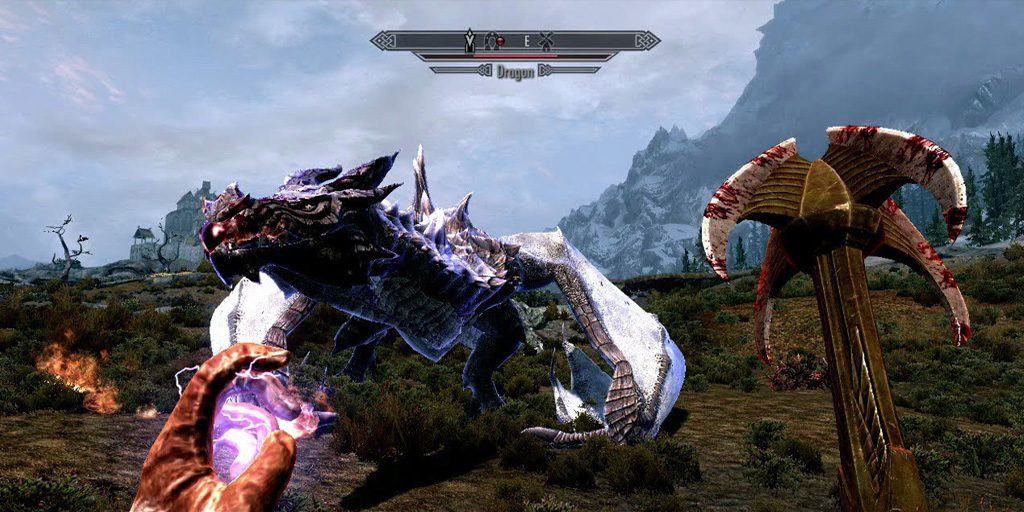 For Skyrim, Bethesda wanted to make the players play the game with a sense of discovery as they further progressed. There are over 100 dungeons and over 200 quests. Upon release, the game was critically acclaimed. The story, world design, character upgrades, original races, choices, and so on received a positive reception from fans and critics.

Skyrim’s plot follows dragon-born, the custom-created protagonist, whose destiny is to defeat Alduin, the World-Eater. Alduin is the prophesized dragon who will end the world. 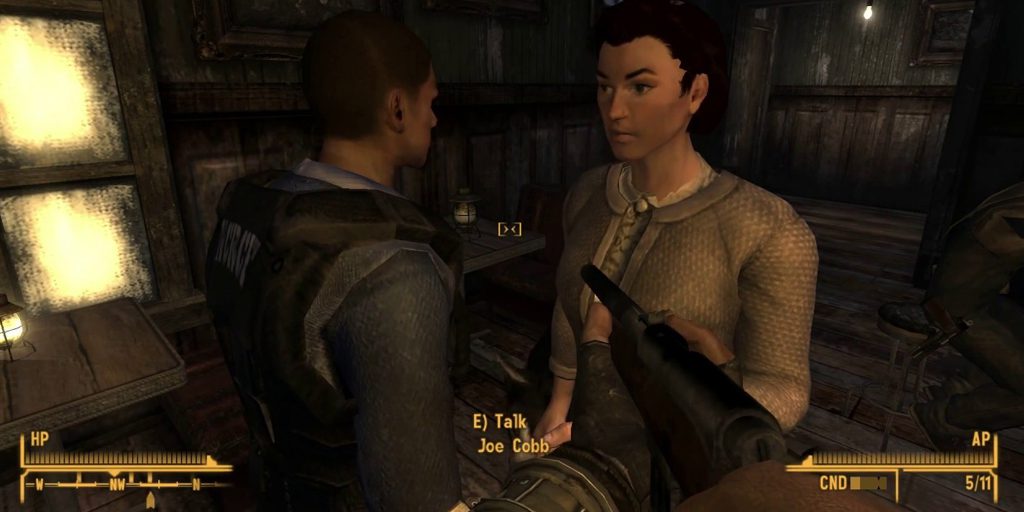 Fallout: New Vegas reception was very positive, where its worldbuilding, writing, and black comedy were the main factors. The critics hailed the game as an ever-entertaining game, where boringness does not come during the course of the play. Exploration is one of the things in New Vegas, where the itching to explore just further remains. But New Vegas came with many bugs, some of them being the game-crashing.

Fallout: New Vegas takes place four years after the events of Fallout 3 and 204 years after the nuclear bombings during “The Great War.” The player takes control of a Courier, a custom-made character. During his delivery to New Vegas (Las Vegas), the Courier gets robbed, shot, and buried in a cemetery. He survives and goes on the quest to kill the culprit, who shot and robbed him. 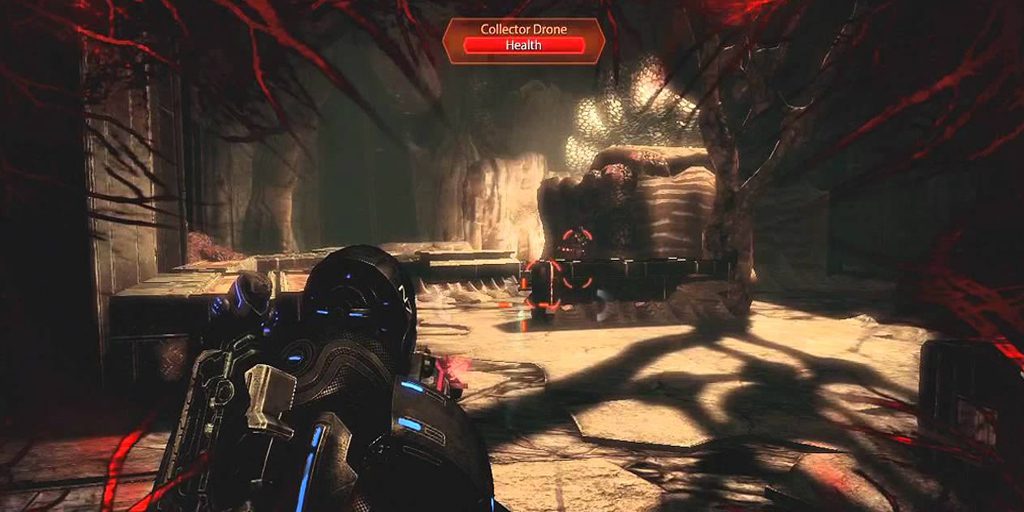 The reason for that is the overall improvement in Mass Effect 2 was huge. And it felt much superior to the original Mass Effect. The side-quests felt much more emphasizing the second game than the original, the gameplay was completely overhauled where the combat received the most improvement. The new characters introduced in the sequel were written well. Upon release, Mass Effect 2 was critically and commercially acclaimed.

Mass Effect 2 plot follows shortly after the first game, where a mysterious race, Collectors, suddenly appears in the Milky Way galaxy. Commander Shepard’s ship, Normandy, gets attacked by the Collectors, where he/she gets killed. The secret and shady organization called Cereberus revive Shepard. After the revival, Shepard recruits the group of individuals, where he/she must earn their favor for loyalty. He/she, along with the assembled individuals, then go on a suicide mission to stop the Collectors.

It will come as no surprise as The Witcher 3: Wild Hunt takes the crown for the best RPG game. CD Projekt Red just outdid themselves with the third installment in The Witcher saga. The game brought a new age to the role-playing genre, so much so that even Ubisoft’s Assassin’s Creed became a role-playing game. 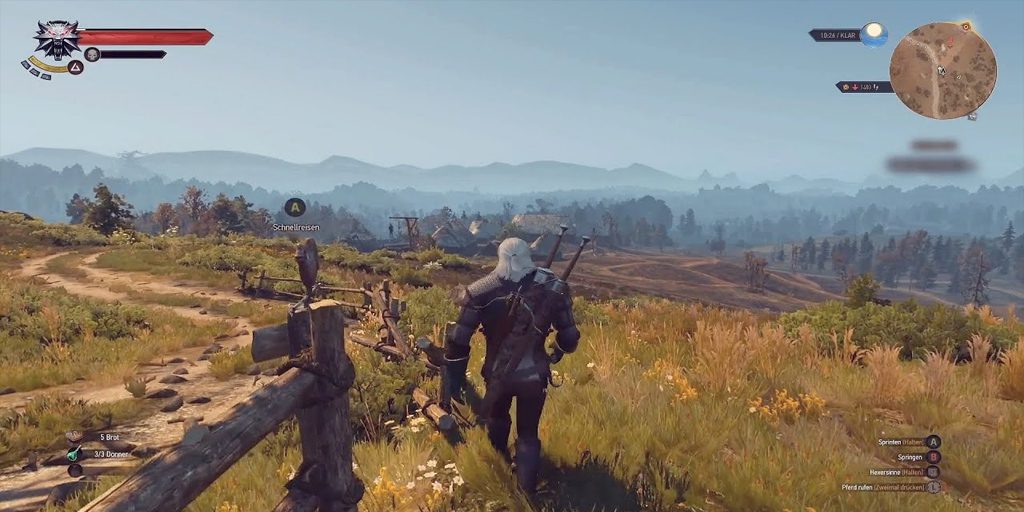 The Witcher 3: Wild Hunt story is very delicate, where choices taken during the course of the game can impact other parts of the game. The subjects brought up in the game have a deep meaning behind them. The soundtrack of this game is also on another level, where the enjoyment boosts. The game offers choices, which the players have to carefully choose; otherwise, the consequences are not bad but worse. Upon Witcher 3’s release, the game was commercially and critically acclaimed, with almost perfect scores. The game has won over 800 awards, in which there is over 200 Game of the Year awards.

The Witcher 3: Wild Hunt follows Geralt of Rivia. Upon hearing about the arrival of his adopted daughter, Ciri, Geralt goes on the adventurous quest to search for Ciri before the Wild Hunt finds her for her powers.

Also Read: 10 Best Games In Star Wars Franchise That You Should Try