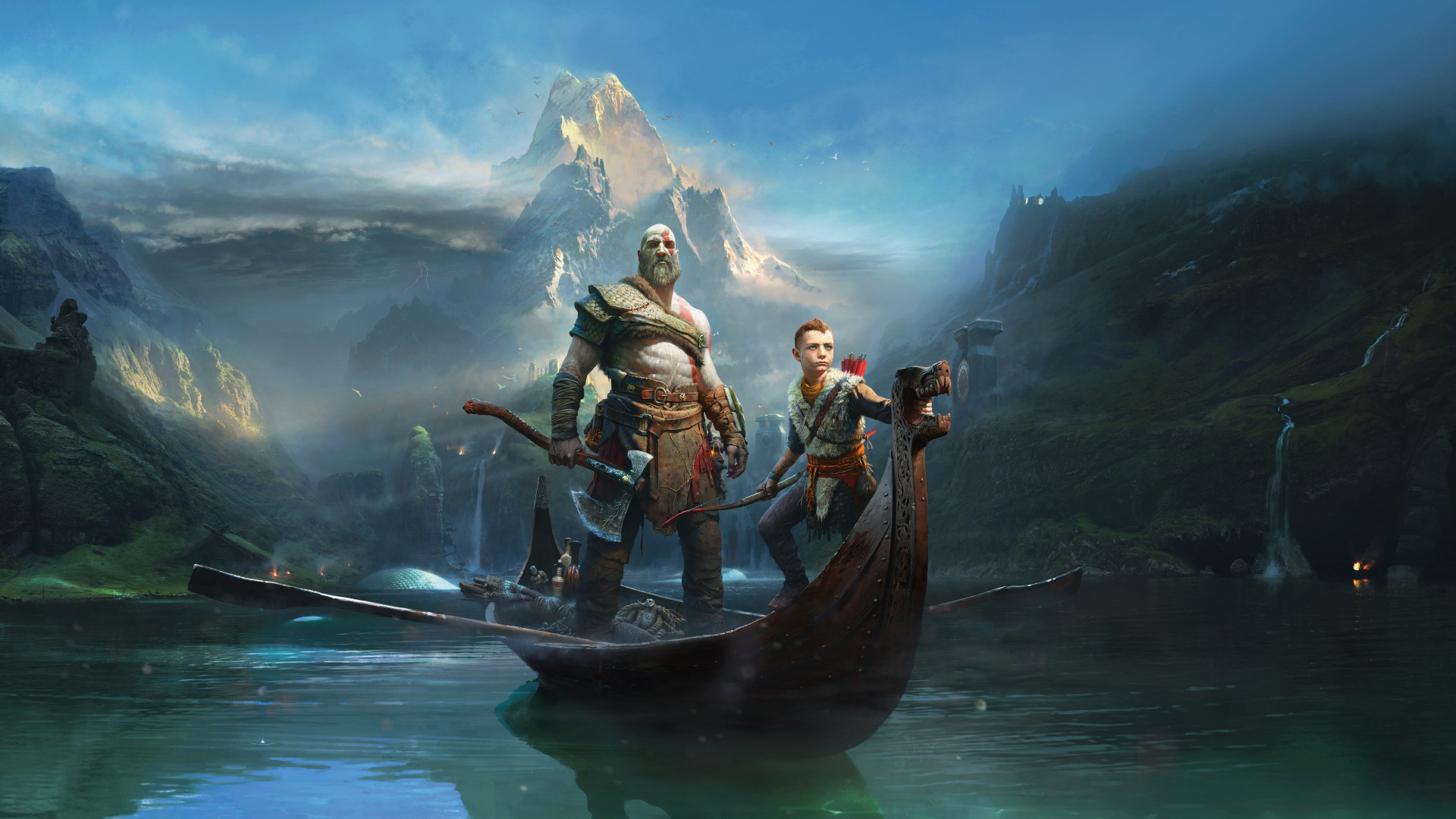 God Of War is one of the best PS4 game of all time.

The next-gen console PS5 launched last month and as of now we don’t know when this new console from Sony will be available in the market but as per some sources, it would hit the market in holiday 2020. This gen’s top-selling device is home to a very vast database of outstanding big-budget and indie titles. We don’t have the vocabulary or pages to mention all of them, so we’ve illustrated some of the very best PS4 games available today. Every player has their tastes, but these games are worth a while, no matter what kind of gamer you are.

10 games to play Before The Arrival Of PS5, all games are in random order and not ranked.

Dark Souls 3 game developed by FromSofware, takes everything you enjoy from the Souls series and enhance it by combining it with the features present in Bloodborne, the PS4 exclusive title from the developer. It takes time to master its complicated battle structure, but it also plays nice, making it more available to casual players so that they can take part in its grim, fantastic universe. The game series is known for its combat style which hard to grasp and difficult which is far above from other modern games.

This was the most anticipated game of the year coming exclusively on PS4, just released on July 17. A new title for the creators of some popular games like Sly Cooper and Infamous series, then there would be little question about the nature of the development, the plot, and the gameplay that this game will offer. We’ve recently had the first glimpse at gameplay that looks amazing, featuring open-world travel, combat, customization, and even more of their breathtaking scenery and gorgeous Japanese soundtrack that’s enough to get us excited to get our hands on the title. Set during the first Mongolian conquest of Japan in the 1270s, the game follows Jin Sakai, the last samurai on the island of Tsushima.

Guerilla Games’ first Triple-A release gave rise to the popularity of the studios. It is set in a post-apocalyptic future where mankind has regressed to barbaric times, while mechanical beasts wander the planet. Take charge of Aloy in her attempt to unite the tribes in order to plan for a greater challenge. Discover the desolate and modern open universe riddled with the mysteries of the old world. The game engine Decima was designed for Killzone Shadow Fall and updated for Horizon Zero Dawn. Set in a post-apocalyptic world, anthropologists have been surveyed to attest to the deterioration of the planet over a millennium. The soundtrack was composed by the composer Jori’s de Man, with the contributions of The Flight. A sequel game named Horizon Forbidden West will be coming in 2021 and will hit the upcoming next-gen console PS5.

While Naughty Dug’s most awaited post-apocalyptic drama was released on time following a big internal leak. The brand-new story will carry the franchise to a different level as a result of the PlayStation 3 success. This latest installment will take place five years after the first game, following Ellie in a dangerous quest for revenge after her life was shattered by a violent event and disturbed her peaceful life in Jackson, Wyoming. Ellie takes the role of the heroine in this game, which is a gritty and thrilling adventure focused on close combat, stealth, and some gun sling action. There are some negative reviews around the story of the second part but believe me, the game has other features that will keep you hooked to the long gaming sessions.

It’s not hard to see that Control swept the gaming industry by storm. The creative team at Remedy Entertainment made sure they packed this title with a lot to love, paying close attention to the intricate details. A highly immersive game, this action-adventure offers its players breathtaking graphics, imaginative environmental design, and superb gameplay – not to mention a profoundly rewarding fighting experience. Control puts you in the versatile shoes of Jesse Faden, a fiery-haired girl. It’s up to you to search for The Oldest Home, a structure in New York City that’s in a perpetual state of architectural chaos and only appears to all who wish to discover it, and to locate your lost uncle, all while leading the Federal Office of Control as its chief and monitoring the detention of para-natural beings.

Team Ninja, the creator behind games like Ninja Gaiden and Dead or Alive, has decided to hit the Souls-like bandwagon. It’s not surprising that Team Ninja, a reputable developer, has strived to build a relevant Soul-like game. Nioh has unforgiving combat. and it the hardest game on this list because of a few boss fights. Nioh places you in the shoes of William, an Irish sailor who finds himself in an alternative version of the history of feudal Japan. The world is at war, and Yokai (supernatural beings in Japanese folklore) is living in disorder. Aside from purging the land of demons, you ‘re looking for a powerful adversary who’s attempting to manipulate Amrita — a force that helped the British Empire to lay waste to the continental army.

The gameplay focuses on stealth, exploration, and combat, with a particular emphasis on boss battles. The game takes place in the fictionalized Japan of the Sengoku period and makes clear references to Buddhist myths and philosophy. Sekiro’s level design is deep, sleek, and above all vertical in a way that Video Games never saw before. With the aid of a grappling rope, you ‘re going to leap through the levels with incredible fluidity. This is one of my favorite games among the 10 Best Games to Watch on PS4.

Kojima Productions is a game company headed by Hideo Kojima, the legendary Metal Gers Strong Franchise game creator. The players have made a variety of parallels to the game and the latest season. This game has a really strong voice alongside Reedus and includes the likenesses of film directors, actors Mads Mikkelsen, Léa Seydoux, Margaret Qualley, Troy Baker, Tommie Earl Jenkins, and Lindsay Wagner. Besides the likenesses of film directors Guillermo del Toro and Nicolas Winding Refn as characters in help.

Wow in 2018 we got two spiderman properties that shocked the world, Spiderman on PS4 and Spider-Man: Into the Spider-Verse both were equally loved around the globe. Insomniac Games is the creator behind this hit Spider-Man game, so it’s a well-deserved accomplishment. Marvel’s Spider-Man, is one of the greatest marvel comic video games ever made and is only available on PS4. Dealing with such a beloved character was no easy thing, but in every aspect, the developer managed to get that out of the park. Movement is great, fighting is exciting, and the narrative is unexpectedly heartfelt.

No one knew how someone might possibly beat the first God of War series, but Cory Barlog and the Santa Monica Studios team continued to carry the iconic franchise to greater heights. The modern camera and guns alter all the fans felt they understood about the match while maintaining the same spirit. The storyline and the friendship between Kratos and Atreus shed fresh light on the hero, who was clearly different in the old games. Despite the God of War: the poor response of Ascension, people were uncertain about the role of the franchise in contemporary games, but the 2018 release regained Kratos’ prominence and made the name stronger than ever before.