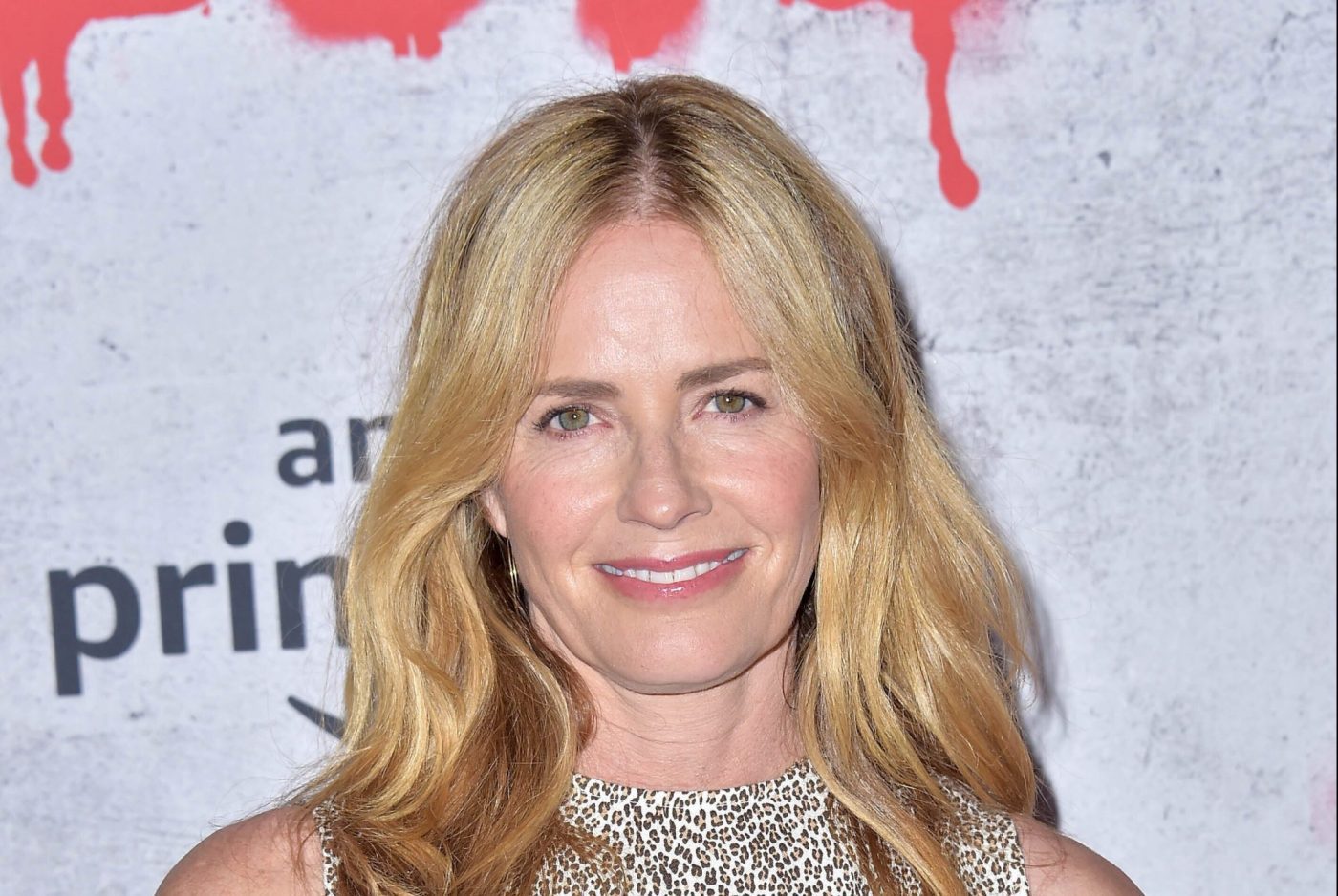 Elisabeth Shue is an American actress who is, quite frankly, a delight to watch. She tends to completely immerse herself in a role and is a very versatile actor. She is an actor who has been around for quite some time and has a lot of movies under her belt. Elisabeth is very well known in Hollywood for her excellent acting ability and not to mention; she is very beautiful. Her movies range over many different genres, from comedy to horror to romance; she can do it all. The 58 years old actress is still going strong in the industry and has the power to choose whichever role she desires. So, here we shall look into the list of the best Elisabeth Shue Movies:

Shue was born in Wilmington, Delaware, and grew up in South Orange, New Jersey. Her parents are Anne Brewster and James William Shue. She has three brothers, William, Andrew, and John, all of whom she is very close to. Her younger brother Andrew is also an actor.

This 80’s comedy stars Elisabeth Shue as Christina “Chris” Parker, who, after being stood up by her boyfriend, gets stuck babysitting three young children. She thinks it is going to be a boring and lonely night when a friend from downtown Chicago calls her for help. Not being able to leave the kids on their own, she brings them along, and the four of them have an adventurous night with a series of wild events. This movie soon became a cult classic and portrayed how well Elisabeth Shue can deliver in a comedy role in movies. 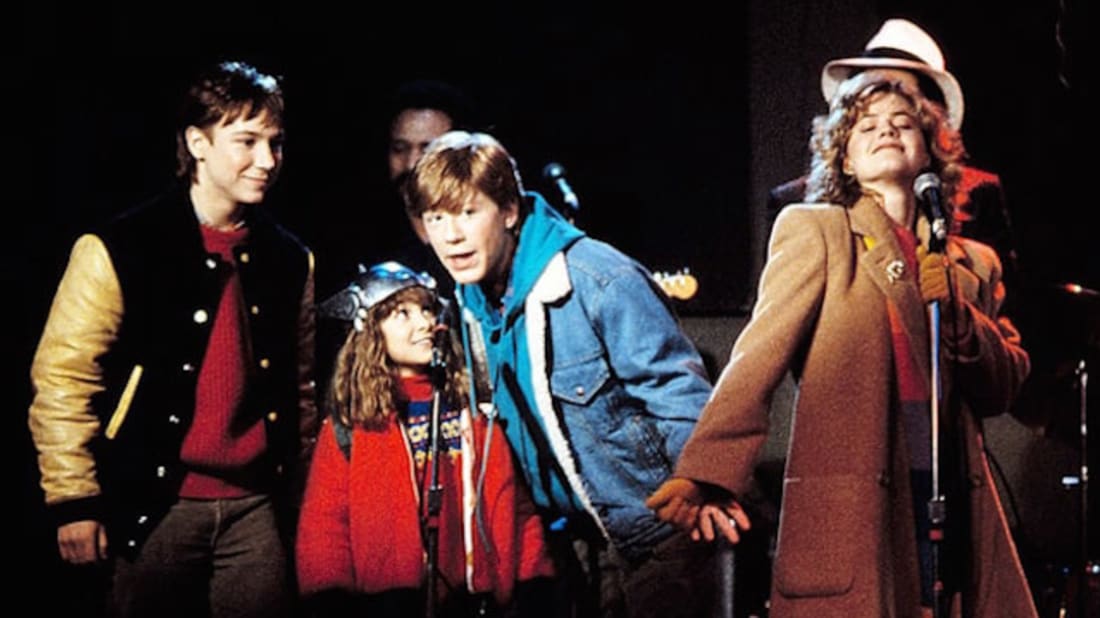 The war film, which was released in 2020, stars Elisabeth Shue as Evelyn Frechette, opposite Tom Hanks as his character’s love interest. The movie was adapted from the novel The Good Shepherd by C.S. Forester, which came out in 1955. The story revolves around the Allied convoy attempting to cross the Atlantic Ocean in the lead up to WW2. The situation becomes more complicated when Commander Kraus, played by Tom Hanks, faces inclement weather, poor visibility, lack of sleep, and a relentless enemy. This is one of the movies that show the range Elisabeth Shue really has and how versatile she is as an actor.

Also Read: Emily in Paris has been renewed for Seasons 3 and 4

This 90’s fantasy-comedy-drama movie stars Elisabeth Shue as Anne, opposite Robert Downey Jr. as his characters as one of the deceased’s loyal girlfriends. Thomas Reilly, played by Robert Downey Jr., finds himself being able to communicate with people in the afterlife. This ability, which he acquired after a near-fatal car accident as an infant, allows him to talk to four souls who died in the accident. Reilly then begins to help all four of them find peace and get to heaven. In doing so, he meets Anne.

The biographical drama film, which was released in 2012, stars Elisabeth Shue as Kristy Moriarity, opposite Jonny Weston as his character’s mother. Kristy gives Jay, played by Jonny Weston, radio as a child which he uses to track weather updates and which waves to surf. As the name suggests, the movie is about surfing professionals who go to Maverick’s Beach in Northern California to surf 40-foot waves, or mavericks as they are known, for thrills. The movie also shows the dangers of such a profession and why people choose to do it knowing them. 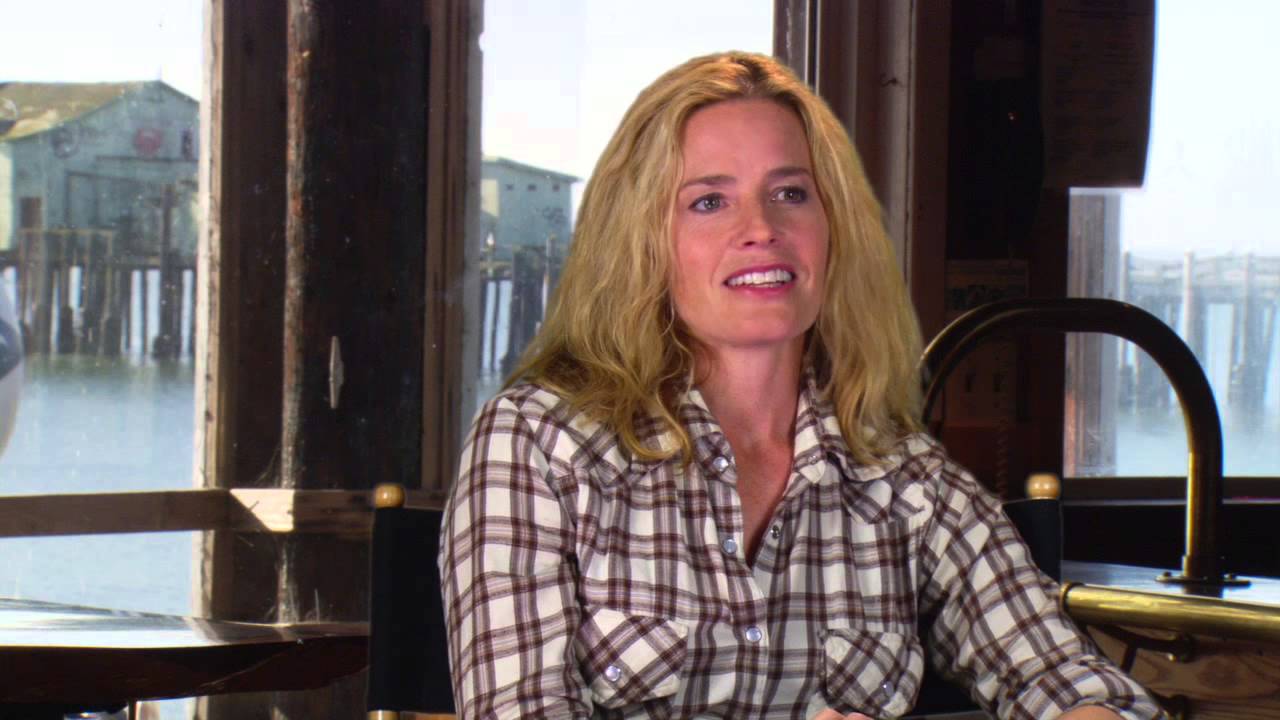 This 90’s comedy film stars Elisabeth Shue as Fay Sexton, Woody Allen as his character’s last girlfriend. Harry Block, played by Woody Allen, is an author who bases one of his affairs on his last novel. After which, he is confronted with a gun by his mistress Lucy, played by Judy Davis. To which he says that he has suffered a lot because of his last girlfriend, Fay, leaving him for his best friend, Larry, played by Billy Crystal. This is the only movie Shue did with Allen. The film ends with Harry returning to his writing. 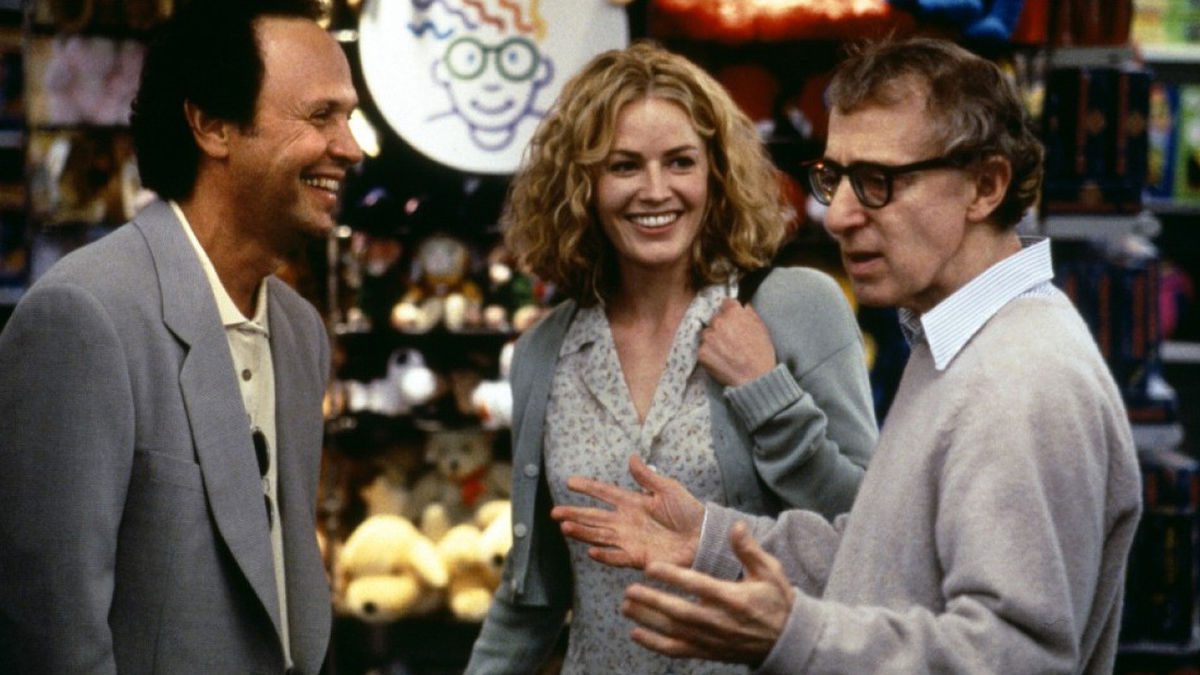 The comedy film, which was released in 1991, stars Elisabeth Shue as Lori Craven or “Angelique”. This film may be campy and not remember all that well, but Shue played an important part in it. Her character was overlooked at first but later was proven to be very pivotal. Shue plays a rising soap opera star who was the daughter of two stars who has not been able to stand each other for years now. The reveal of this information fits the movie perfectly, and the unraveling chaos after that is hilarious. 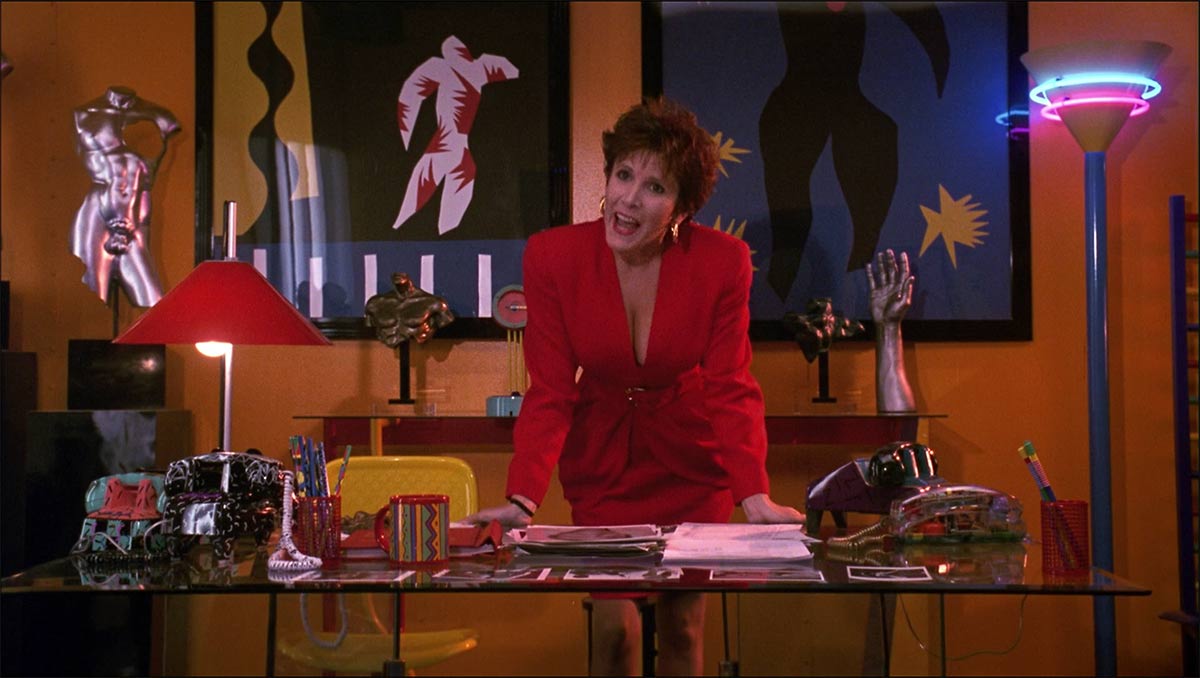 This 90’s espionage thriller film stars Elisabeth Shue as Dr. Emma Russell, a lovestruck and naïve genius who has discovered a way to provide energy for millions that could be invaluable to the world. The man who is trying to steal the technology to give it to another client has also fallen in love with her, which causes a lot of complications. Eventually, they realize that they both want the same goals. He helps her get away from their enemy and also helps prove to the world that her research is what they need.

The drama film was released in 1995 and starred Elisabeth Shue as Sera, opposite Nicholas Cage. Many believe that Shue deserved an Academy Award for her role in this movie instead of Cage, who won it. Ben Sanderson, played by Nicholas Cage, is an out-of-work Hollywood screenwriter and an alcoholic. He moves to Las Vegas to drink himself to death. When he meets a hooker with a heart of gold named Sera, she brings back hope into his heart which makes him prolong the inevitable for as long as possible. 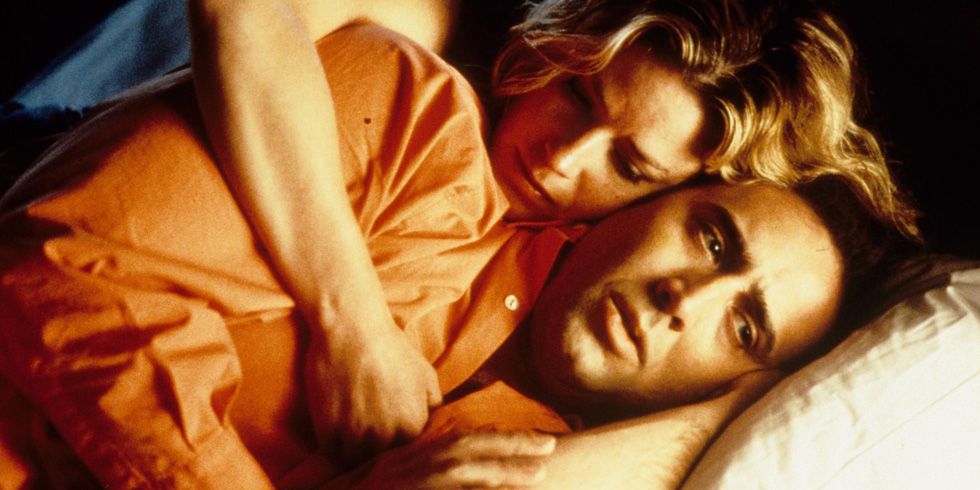 This 80’s science fiction film stars Elisabeth Shue as Jennifer Parker, opposite Michael J. Fox. Shue replaced Claudia Wells, who originally played Jennifer in Back to the Future part 1. The sequel follows Marty McFly, played by Michael J. Fox, on his adventures traveling through time from the year 2015 to 1955 and back to 1985. Biff steals the DeLorean for monetary gain, so Marty and Doc thwart his plans and restore order to the present day. Shue plays Marty’s girlfriend in the movie. 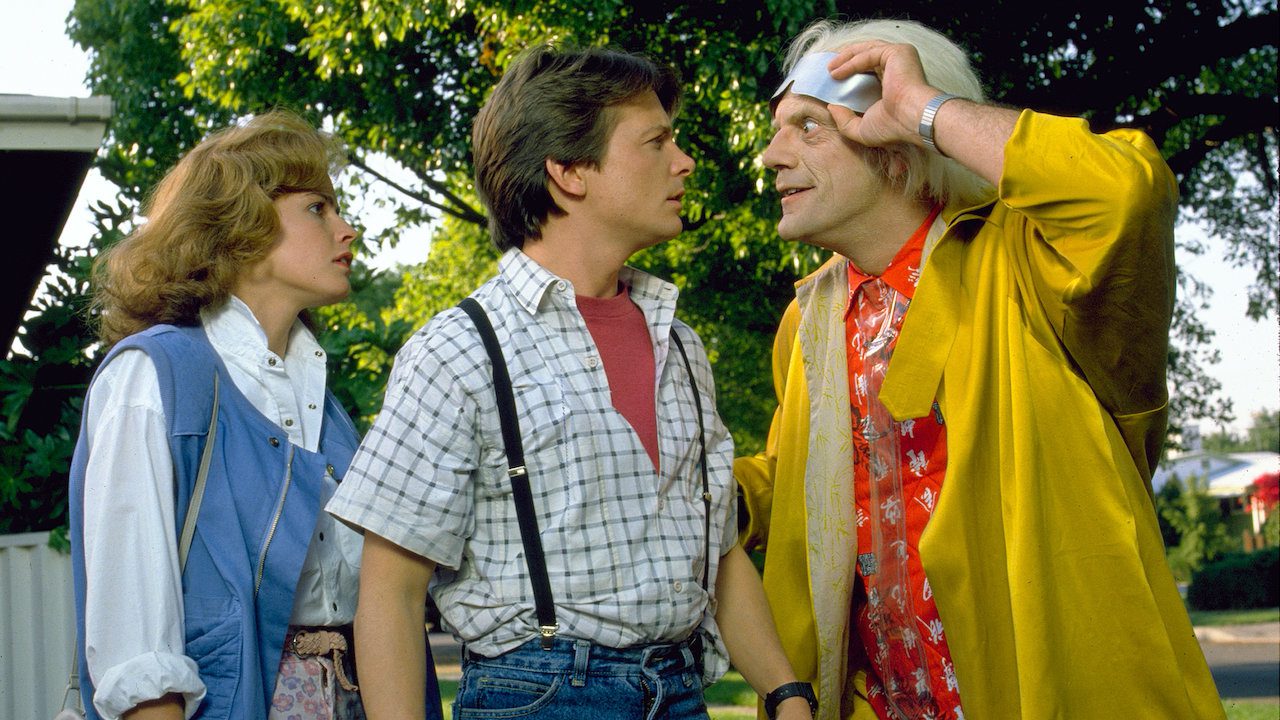 The martial arts drama film stars Elisabeth Shue as Ali Mills, for which she will forever live in 80’s movie infamy. The movie was the second film of her career. The 35-year-old rivalry between Daniel LaRusso, played by Ralph Macchio, and Johnny Lawrence, played by William Zabka, would not exist without her character. 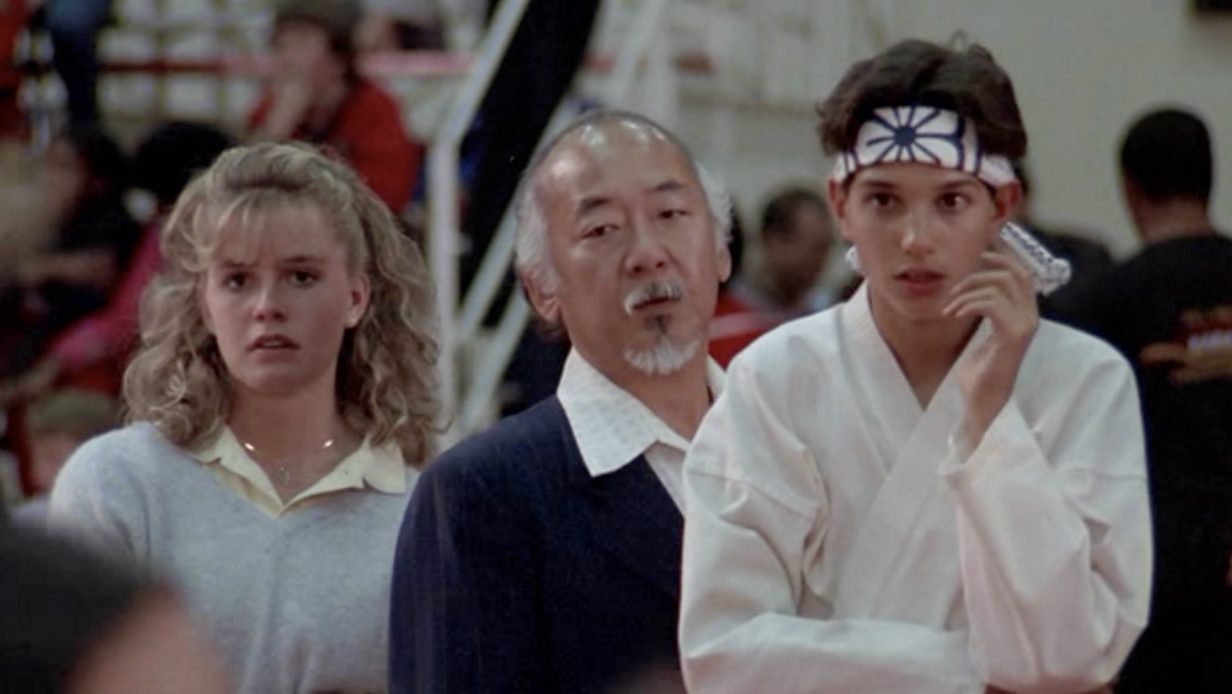 After moving to Reseda, California, from Newark, Daniel is bullied by Johnny and his minions because he approaches Ali, who happens to be Johnny’s ex-girlfriend. After which, LaRusso meets Mr. Miyagi, played by Pat Morita, who teaches him karate. LaRusso then takes revenge on Johnny in the All Valley Karate Tournament.