Emily In Paris Has Been Renewed For Seasons 3 And 4!

The hit Netflix series will be returning for two more seasons 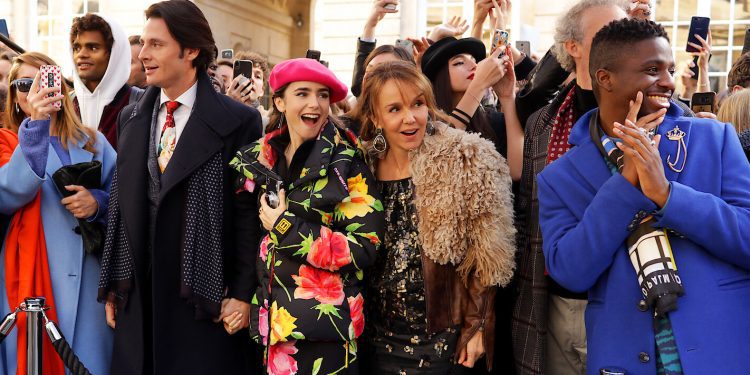 It seems like Emily might be staying in Paris for a bit longer as Emily in Paris has been renewed for seasons 3&4! After the second season finale ended on a huge cliffhanger, fans were eagerly waiting for the big renewal confirmation from the streaming giant. In the gripping story of Emily Cooper navigating her life in one of the most fashionable capital, she is soon met with a few unexpected turns on the way.

As the second season arrived in December 2021, it soon became second in Netflix’s Global Top Ten list for English-language series. As Emily goes through a rollercoaster ride while balancing her private and professional life. With a few bumps on the way, the second season comes to an end as Emily makes a huge life-altering decision.

What To Expect in Emily In Paris Season 3&4? Major Spoilers Ahead!

As we saw in the second season finale, Gabriel has asked Camille to move in with him. Heartbroken, Emily calls up Sylvie to give her a final answer on her job offer. Will Emily accept Sylvie’s offer? Is this the end for Gabriel and Emily? Will Emily choose to stay with Alfie? Well, all these questions will be answered in the upcoming 2 seasons. Take a look at the big announcement news posted by Netflix on Twitter. With two more seasons to go, it is going to be a fun ride!

Emily in Paris has been renewed for Season 3 — and Season 4! 🍾 pic.twitter.com/3zqj36vmnO

The leading stars, including Lily Collins, Philippine Leroy-Beaulieu, Ashley Park, Lucas Bravo, Samuel Arnold, Camille Razat, and William Abadie, will be returning for the upcoming two seasons. Fans saw Kate Walsh in a recurring role in season 2. As the makers are known to bring home a few new faces every season, we might see a few new arrivals in seasons 3 and 4 as well.

Given how the Darren Starr series has been a huge hit amongst viewers, the show has recently been subjected to major backlash with accusations of being culturally inaccurate. The culture minister of Ukraine, Oleksandr Tkachenko, recently called one of the scenes portraying a Ukrainian character offensive. As the character portrayal has upset the minister, many echoed the sentiment of the scene being culturally insensitive.