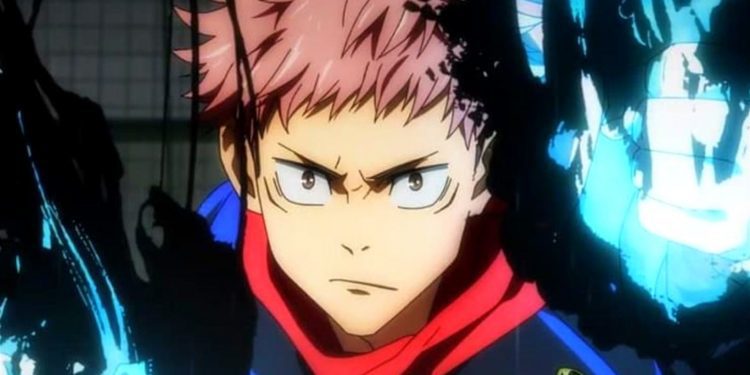 Yuji Idatori is a complex character in the Jujutsu Kaisen anime, and his character is one of the fans’ favorites. There are many memorable moments in the anime, and we’ve compiled a list of them for Yuji Idatori fans like you. Yuji Itadori is the protagonist of the Jujutsu Kaisen franchise. He’s Jin’s son and Wasuke’s grandson, and up until he met Megumi and ate one of Sukuna’s fingers, he led a regular existence. Yuji went to Tokyo Jujutsu High School as a first-year student after becoming Sukuna’s vessel. He was soon joined by Megumi and Nobara. Yuji is a young man of average height who appears to have a slim frame when dressed in loose clothing but is actually lean and strong.

Yuji is a kind guy who genuinely cares about his colleagues as well as everyone else he sees as having their own will, regardless of how close he is to them. He is a strong believer in “the value of life,” and he will work to guarantee that others die “properly.” As a result, he feels that taking another human life is ethically wrong, and he strives to avoid doing so until absolutely necessary. He also has some more vivacious and extroverted characteristics. Such as when he was spotted with Nobara gushing about Tokyo and his desire to train with Gojo, or when he was entertaining both Junpei and his mother.

Also read: 7 Nanami Kento Facts From Jujutsu Kaisen That You Might Not Know

The Team Battle begins with Aoi going after the Tokyo Team right away. Yuji’s job is to keep him at bay while the others divide up into two groups and continue their quest for the grade 2 curse. Yuji, on the other hand, is rapidly overwhelmed and pounded by Aoi’s incredible skill and strength. Yuji, to Aoi’s surprise, is able to weather the storm and recover, impressing Aoi. He chooses to inquire about Yuji’s favorite kind of females.

Yuji resolves to never tolerate being weak when Aoi challenges him to get stronger. Yuji develops as a fighter as they continue to battle. Aoi assists him in focusing on his development as a sorcerer. He explains the basics of cursed energy and how it must be let to flow freely throughout his entire body. Yuji chooses to follow Aoi along the road of the powerful, taking in every word of his wisdom.

The fight between Yuji and Aoi Todo and Hanami was fantastic

Yuji Itadori and Aoi Todo of Jujutsu High School faced special grade cursed spirit Hanami in this combat. With his plant manipulation talents, Hanami overwhelms Maki and Megumi. Maki urges Megumi that they should tag out of this combat before he pushes himself too far. Yuji and Aoi’s worlds collide at the same time. Hanami just avoids being crushed, giving the two new combatants enough time to save Maki.

In the depths of the forest, the sorcerers continue their fight to pin the curse on both sides. Both pupils strive to land another strike as Aoi dismantles a Wooden Ball in his hands. Hanami eludes his pursuers by riding on roots that lift him higher than his pursuers. Aoi claps to trade places with the curse, but Hanami sees him coming and sends him spiky roots. Yuji trades hard punches with Hanami, while Aoi absorbs the hits with his jujutsu protection.

Yuji stops the grasshopper’s repeated idea about being smart, With a strong right head kick sending the curse reeling back. The force of the Grasshopper Curse smacks against the wall behind it, cracking the surface. Yuji swiftly turns 360 degrees and throws a left straight punch to his opponent’s torso, using the momentum from his kick. Yuji insists that all curses look down on humans, despite his palm still smoldering from the hit.

As the conflict nears its conclusion, Yuji realizes that it doesn’t utilize sly attacks, but there is a talent difference in their team that no amount of strategies can compensate for. Yuji utilizes the fact that the Grasshopper Curse ate individuals to strengthen his determination, and before exorcising it, he asks the curse if it has any final words.

Yuji Itadori, a first-year student at Tokyo Jujutsu High, battled the special grade Finger Bearer cursed spirit, which arose in West Tokyo City after being born from a cursed womb. Due to the unexpected emergence of an overpowering opponent, Yuji and Megumi are both terrified. They’re both aware that this is a unique grade, yet they’re afraid to change. Yuji recalls his grandfather’s pledge and summons the confidence to strike with his knife. Yuji’s hand, on the other hand, is slashed in half, and his knife is shattered. Sukuna asks the cursed ghost to wait while he considers his options. He tries to work with the cursed spirit to murder Megumi, but after being terrified, the mindless monster attacks him instead. Yuji’s limbs are all fixed, and Sukuna blocks the strike. Sukuna is enraged and intends to end the curse right now.

Hiromi concedes defeat after learning of Yuji’s innocence, calling a halt to the fight and agreeing to award him 100 points. The bout between Yuji and Higuruma has the potential to be one of Jujutsu Kaisen’s greatest. Yuji and Megumi had a definite goal in mind when they started the game. They sought to locate Hiromi Higuruma, a sorceress who had already accumulated 100 points. To put it another way, this is a man who has already killed over a hundred people. Yuji and Megumi intended to utilize Higuruma’s 100 points to create a rule to the Culling Game that would eliminate the portion of the game that drives players to murder each other. Yuji was the one who ultimately tracked down Higuruma after the two Jujutsu High first-years became separated.

In every work of fiction, the most compelling battles are those between multifaceted people with opposing ideologies. Yuji vs. Higuruma has all of the ingredients to be just that. In some ways, these two are the ideal adversaries because of how they both regard the act of killing another person, what they deem good or wrong, and the fact that they met as players in a game where the sole purpose is to kill others.

Also read: Itadori Yuji Given Death Penalty Yet Again: How Will He Survive This Time?