Where Is The Last Picture Show Filmed? Filming Locations Revealed! 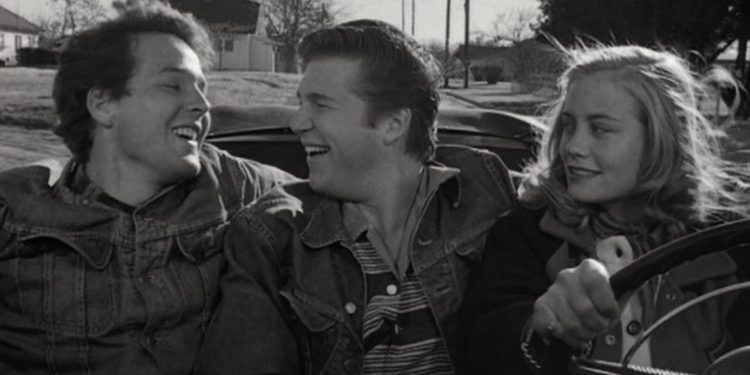 The Last Picture Show is all about high school friends who live in a dying town in Texas, but is that really where the filming locations were located in? The boys are utterly desperate to escape the dead-end town and move to a better place and live a perfect life. Both the boys start brooding about their futures as the graduation is about to be completed and set their different passions of life in order to succeed. While one takes up the army, the second goes for a local business to raise funds and move out. Life is a complete struggle for these two boys, and the future is completely blurry.

The Last Picture Show is a fertile and astute examination of the viable turning point of youth’s trendy behavioral trends. It is somehow one of the most important movies of the New Hollywood era in the 1970s. The production took complete care of the vibe that the town must provide. A dead-end town is what a cherry on the platter by the production in absolute perfection. So without wasting any time, find out the filming locations of The Last Picture Show.

The Last Picture Show takes us back to 1951. The movie starts with a sweet friendship between two high school seniors, Sonny Crawford and Duane Jackson. Sonny parts ways with her girlfriend Charlene Duggs while Duane is dating the richest and prettiest girl of the town, Jacy Farrow. Sonny not soon enough begins dating his coach’s depressed middle-aged wife, Ruth Popper. Meanwhile, Jacy is up with a better option than Duane. She is invited to the wealthy Lester Marlow’s skinny dipping party. At the party, he tells her that he’s not interested in virgins and asks her to come back after losing her virginity.

Billy, who accompanies his friends, is hit in the face by a prostitute for finishing prematurely. Sam, the local businessman, takes this strictly and debars Duane and Sonny from the movie theater, pool hall, and café he owns, all centerpieces of the town’s social life. However, Duane manages to hide in the backseat and attend the events.  While Duane and Sonny are gone for the road trip, Sam dies due to a stroke on new year’s eve. The will was left in several different parts.

He left the café to Genevieve, $1,000 to the preacher’s son, the movie theater to the woman who ran the concession stand, and the pool hall to Sonny. All the boys are trying their level hard to settle as they move to different sects to escape this dead-end town.

Also Read: I Know What You Did Last Summer Ending Explained

Were The Boys Able To Build A Better Life Somewhere Else?

Success is something else for the town boys! Duane smashes a bottle in Sonny’s left eye, leaving him unable to complete the military service exam. Duane then moves to the army in Korea. Jacy and Sonny elope in Oklahoma but are caught by a state trooper telling them that Jacy left a note for their parents about the plan. They are taken from custody by their parents, and on their way back, Jacy’s mother reveals to Sonny that she was Sam’s lover. Lois berates Sonny that he was much better without Jacy and the best fit for Ruth. Duane takes off for the army as soon as he returns to the town. Sonny accompanies Duane to the last bus and sees him off.

Meanwhile, Billy is hit and killed by a truck while he was sweeping the floor. Sonny decides to return to Ruth, and the couple is finally reunited.

The filming locations of the movie The Last Picture Show were set all the way to the Archer City of North Texas. Small tow Anarene is a completely fictional town and was set up just to fit in the best for the movie. Archer city is defined as ‘one street and a traffic light’ by the city locals, which is why it was taken for the dead-end town of Anarene. However, the name Anarene is not completely new as it is taken from a small deserted town in south Texas. The town was eight miles to the south of Archer City and was completely abandoned when the railroad station closed down. The Royal Theater shown in the movie was actually disemboweled by a fatal fire in 1965.

West-Tex Theater was used as the cinema’s interior scenes. The location was, however, demolished in 1986. The main location stood at West Main Street at North Grand Avenue. The theater was then restored in the 90s after 35 years as the original Royal Picture House. If you wish to visit the locations, you can do so by visiting 115 East Main Street, Archer City in Texas, which was the base of production. The pool owned by Sam earlier used to be at the 109 North Centre Steet in Archer City, Texas but now is a defund building. And the cafe which was passed onto Genevieve is located at 103 East Main Street of the same city.

Also Read: Where Is Last of the Summer Wine Filmed? All About the Show and the Locations

Will The Students Find Their Happily Ever After in School 2021 Episode 16?