Loved Blue Period? Then you will surely enjoy these anime series too... 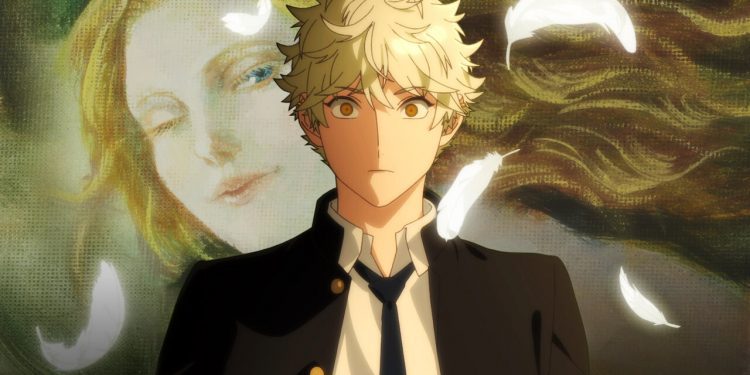 Blue Period is one of the manga-based anime which is about art. Though the anime series is much more than that, Blue Period is one of the best anime that has showcased talents, taking into consideration all of the hardships faced by art students in real life. This Japanese Manga series is written and illustrated by Tsubasa Yamaguchi, serialized in Kodansha’s Seinen Manga Magazine, Monthly Afternoon, since June 2017. So, now that the premiere of Blue Period episodes is finally over, the chances are you are looking for something new to watch. So, here we have brought you some top anime similar to Blue Period in various ways.

Blue Period carries a central theme in which the protagonist is constantly learning new things and coming up with solutions to several problems. Moreover, they have got to pass or win in an upcoming event. Keeping that in mind, here are some anime that are similar to Blue Period. Yes, many of them happen to be sports anime. Assuming that Blue Period has touched the fan’s heart, here are some anime that you might like as well.

Also Read: Is there any Romance in Blue Period?

Are you aware of your dreams? Are you having problems choosing between “I want to be..” and “I don’t want to be..?” Are you stuck and do not want to do anything? Basically, what exactly is a dream? Something you do to make yourself complete, isn’t it? Even when one wishes to choose a thorny path, their thorns increase when their parents stop supporting them.

Blue Period is what you need right now if you agree with the above sentences. Yataro Yaguchi is the protagonist of the series who has trouble choosing his dream. While unknown of the world of art, he gets determined to make people see the true self in him while holding a brush. He wishes not to be defined by his inexperience in the field, as he feels completely free while painting. Yaguchi also has problems making his parents believe in the path he chose. Nevertheless, he is set to adhere to the journey he has chosen.

Coming next, here are 10 anime series that are similar to Blue Period

Once you are aware of such existence, I bet you too would want to play volleyball too. Haikyuu!! is for those who love playing volleyball and who enjoy the game.

Hinata Shōyo is the main protagonist of Haikyuu!! series, who aims to be an ace just like his idol Little Giant. Ever since his middle school years, Hinata tried his best to play volleyball and make a team with his friends. Defeated after playing against Kageyama’s team, Hinata sets off to Karasuno High School to be an ace. All hardships, feelings/emotions, struggles, thought processes, everything in Haikyuu!! is so life-related that it is unavoidable for fans to not enjoy the series.

Fan or not, Haikyuu!! is just not an anime to go unnoticed. Like most of the famous anime series, Haikyuu!! is a manga-based anime, written by Haruichi Furudate. This might be a spoiler for anime fans, but the manga has long since concluded.

This anime series is about Yuri Katsuki, who fails to get through the competition and is in frustration after the tiring competition. He idolizes Viktor and gets embarrassed to see his performance is the polar opposite of him. Yuri returns back to his hometown in Japan to take a break. Surprised to know that Viktor, who he looks up to, came personally just to be his mentor. The journey of both of them starts with everyday challenges.

Are you looking for a baseball anime that may suit your taste? Then here’s a suggestion for you. Try watching Diamonds no Ace, and you will fall in love with such a detailed depiction of the baseball game that who knows you might be the next famous baseball player?

Well, jokes apart, Diamonds no Ace truly deserves diamond for its detailed depictions. The anime is fun to watch. However, the ending didn’t go as what fans had expected it to be. Are you thinking of dropping the anime just because the ending might not be good? It’s not what you think. The ending, we didn’t want it, is because we wanted more of it. All fans can relate to how much this series is underrated and how much we miss all the characters.

Ace of Diamonds aired in the fall of 2013, from October 2013 to March 2015. The series was produced by TV Tokyo, Sotsu, Pony Canyon, Kodansha, AT-X, DAX Production. The manga series, written and illustrated by Yuji Terajima, Ace of Diamonds, is worth your time!

Kuroko no Basket is one of the most enjoyable series out there. Kuroko, the main protagonist, is a basketball player who is not that good at playing basketball. He is too good at passes, though. That wasn’t a joke and just a fact. Now, don’t go underestimating players who are good at something else other than the real thing. Not all players are capable of passing at an invincible rate. Yes, Kuroko’s presence and his reaction time while passing is something no one can follow with their bare eyes unless someone is in the zone.

Tadatoshi Fujimaki’s Kuroko no Basket had ended with an unsatisfactory ending. That is, it ended rather too quickly!

Ahiru no Sora is a manga-based anime written and illustrated by Hinata Takeshi. When you expect something all your life and those expectations shatter, and you come back to the starting point, how do you feel? That’s just how Sora felt when he saw his high school’s basketball team. Sora might have a below than average height, but his skills are no joke. In the first episode, you will get the impression that he (the protagonist) is strong, having been confronted by huge guys. But ultimately, the result becomes clearer as we get to know Sora better.

The anime is about card games where people of any kind can enjoy this game. If you like card games, then this anime is for you. Chihaya Ayase, a strong-willed and tomboyish girl, grows up under the shadow of her older sister, who has no dreams of her own and is contented with her life until she meets Arata Wataya. Chihaya falls in love with Karuta after meeting Arata.

Chihayafuru has become so popular that it boosted interest in competitive Karuta (Japanese card game). The anime adaptation of the Manga series Chihayafuru, written and illustrated by Yuki Suetsugu and serialized in the magazine Be Love, got its English subtitles in 2013 by Animax Asia. The Manga won the second Manga Taisho award and the 35th Kodansha Manga Award in the shoujo category.

Smile down the Runaway

The Japanese manga series written and illustrated by Kotoba Inoya was serialized in Kodansha’s Weekly Shōnen Magazine from May 2017 to July 2021.

Premiered in the winter of 2020, Smile Down the Runway, or Runway de Waratte, is a fine show where shattered dreams, when joined together, let anyone do the impossible. The story starts with Chiyuki Fujito, who aspires to be a model. After her height stopped growing at 158cm, her dreams were shattered. But soon after meeting Ikuto Tsumura, a lame classmate aspiring for a designer, Chiyuki and Ikuto begin their journey of doing the impossible in order to realize their dreams.

With all sports coverage, there is still something missing, isn’t it? How about a ball and a bat? Not cricket, but something else. So, guess we are down to the tennis world now.

Similar to how a baby learns to walk at first, Baby Steps is about Eiichirō Maruo, who takes his steps to become a world champion tennis player. Baby steps is the anime adaptation of the ongoing Japanese manga series written and illustrated by Hikaru Katsuki.

Run with the wind

Do you like to run? Running for you is just running, or is it something you feel within you? Do you run because you have to, or because you want to? Nevertheless, Run with the Wind is really a great show for those who are in the mood for something light and not stuffy at all. True that, as without having an ounce of other emotions, anime series’ cannot be completed. But with Run with the Wind is something I bet you wouldn’t regret watching.

The Japanese light novel by Shion Miura has won several hearts, naming the anime as ‘healing.’ The novel has received the Manga in a live-action film adaptation as well as an anime television series adaptation by Production I.G that aired from October 2018 to March 2019 with a total of 23 episodes.

The world of swimming. An anime series just right for you if you love swimming and really enjoy being in the water. This anime series is right off the bat, one of the very underrated series that is yet to gain the hype it deserves. Free! is one such anime that would fill your heart with all the required emotions and feelings. The series will satisfy the viewers with something they are comfortable, as the storyline is progressive and soothing.

Haruka Nanase, Rin Matsuoka, Makoto Tachibana, Nagisa Hazuki, and all the other characters are more than some shirtless and topless teenagers. For sports enthusiasts, this series will be great for you if you happen to be a new anime watcher.

Also Read: Ten Best Sports Anime You Should Check Out