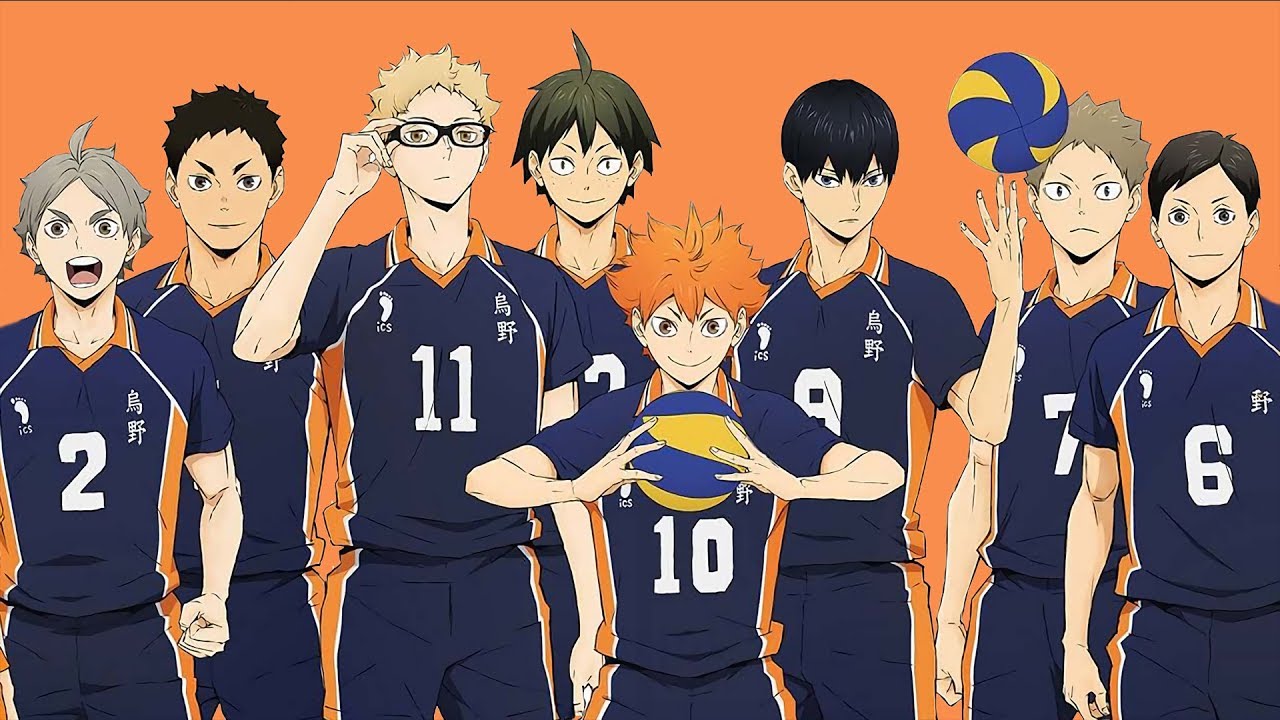 Anime comes with a lot of variety. If you want to watch cheerful and determined teens take the world by storm and defeat impossible villains with a smile, you go for a Shonen. If you want blood, gore and all things dark you go for the Dark Fantasy genre and if you’re looking for great co-ordination, great teamwork, and mind-blowing sports action then your favorite would be the Sport Anime genre.

Sports Anime is quite popular with the Otaku community. These can be about any sport from Relay Racing to Volleyball. People love them for their amazing characters, slice-of-life qualities, and just in general great anime-level storytelling.

So without further ado, here are 10 Sports Anime you should check out! 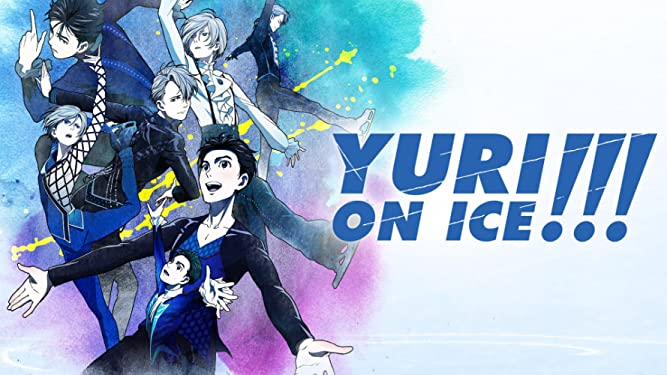 A figure skating anime about Yuri Katsuki trying to make his way up the ladder in the sport. He follows his idol Victor Nikiforov who eventually coaches for his match in the Figure Skating Grand Prix. Yuri is an extremely competitive individual but he also gets upset easily. Faced with failure he can easily go into a depressive period and torture himself with these sad feelings. He is also a fairly anxious person. This makes the main character very impressive because he resembles real-life people with a high drive for success. This anime is also famous for its unique depiction of homosexuality which is something to look out for. 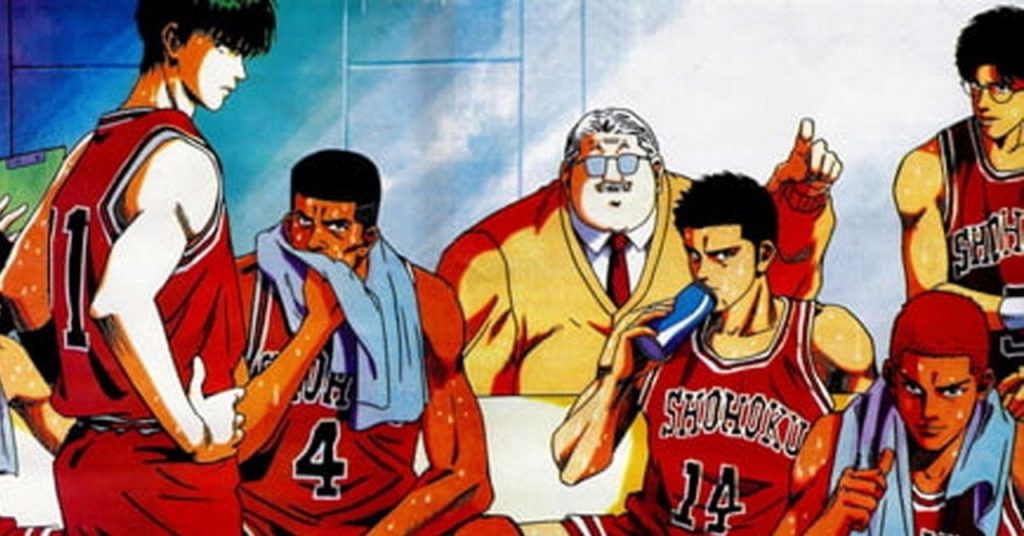 As made obvious by the title, Slam Dunk is a basketball anime about a teen named Hanamichi Sakuragi who joins his High School Basketball team to attract the attention of a girl. What starts as a way to impress the one he seeks quickly becomes a solid passion with Hanamichi seriously becoming interested in the sport. Now this one aired between 1993-1996, indeed a very old anime but that also makes it a total classic. The animation may not be on par with the new generation shows but the story and characters are still top-notch with an IMDb rating of 8.7. Something you should definitely check out if you’re into sports anime. 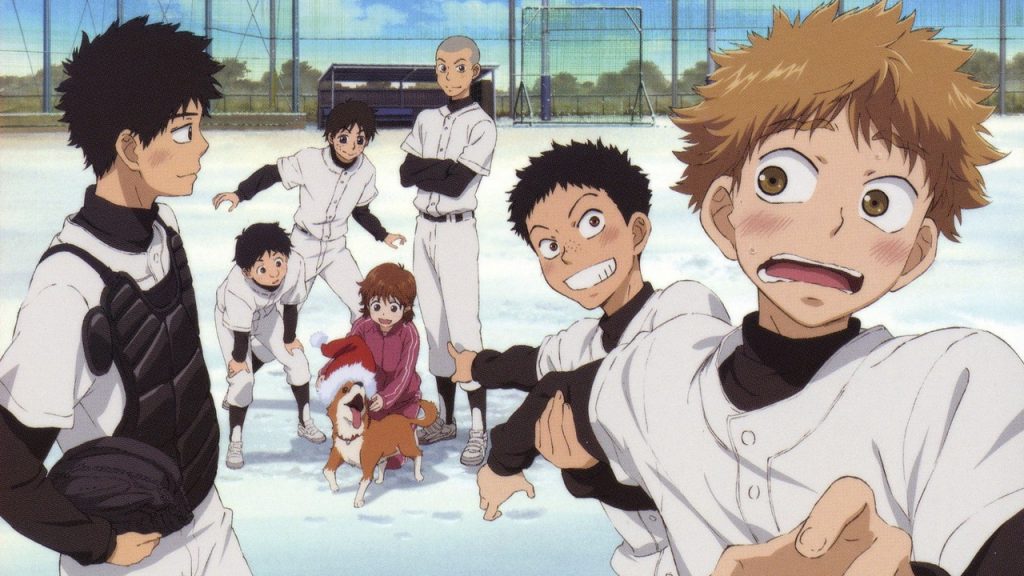 Big Windup is a baseball Anime about Ren Mihisahi who is an ace pitcher in his school’s baseball team. Ren is an incredibly hard-working person but is hated by his teammates because they think he only made it to the team. After all, his grandfather owned the school. With continuous losses at the hands of rival teams, Mihisahi’s confidence in himself becomes lower and lower. He later joins a different school where the new coach encourages him to start playing and from there on out, he only grows and brings his teams to many victories. 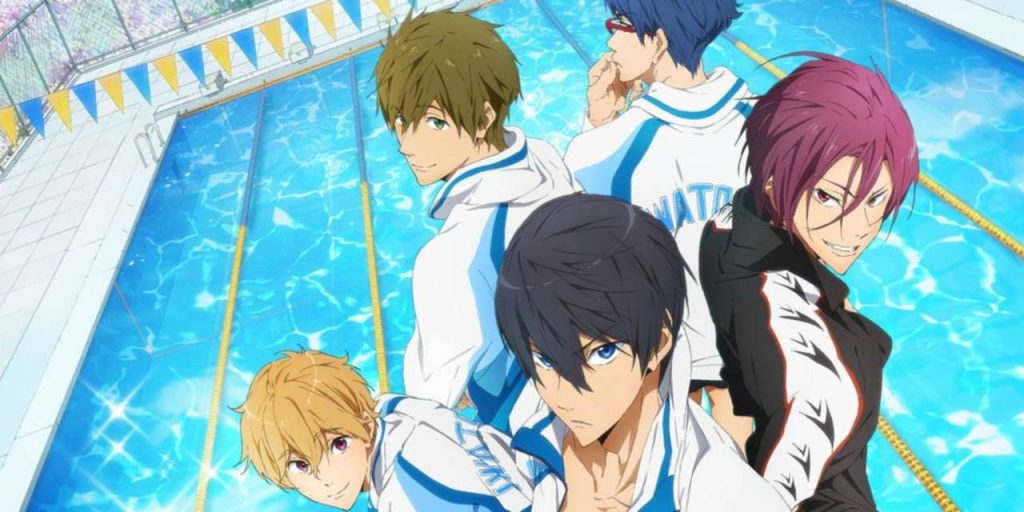 Free! is an anime all about the sport of Swimming. It aired for three seasons from 2013 to 2018. The first two of which were loosely based on the light novels named High Speed! By Koji Oji. A show with a great slice of life element paired up with the competitive spirit of the sport. It’s about Haruka Nanase, a talented swimmer, who forms a swimming team at his school along with his friend to challenge their rivals. It has the basic concept of competition between two school sports teams with a lot of great action and character relationships being established and maintained. 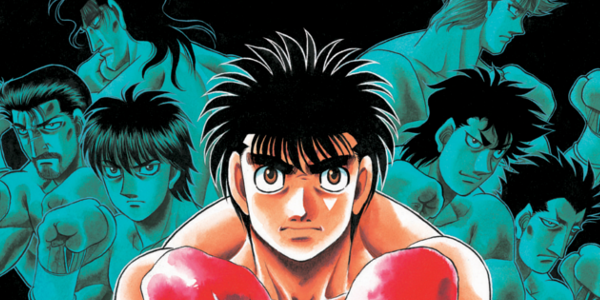 Every consistent anime follower must have at least heard of Hajime No Ippo. A Boxing anime about Makunouchi Ippo who powers through the world of Boxing to become a professional. The show is very popular with an IMDb rating of 8.8. Makunouchi was saved by a boxer when he was being beaten up by bullies. And his boxing talent was also discovered accidentally by the same boxer. It was then that his journey really began. A must-watch if you’re looking to watch something action-packed and inspiring all the same. 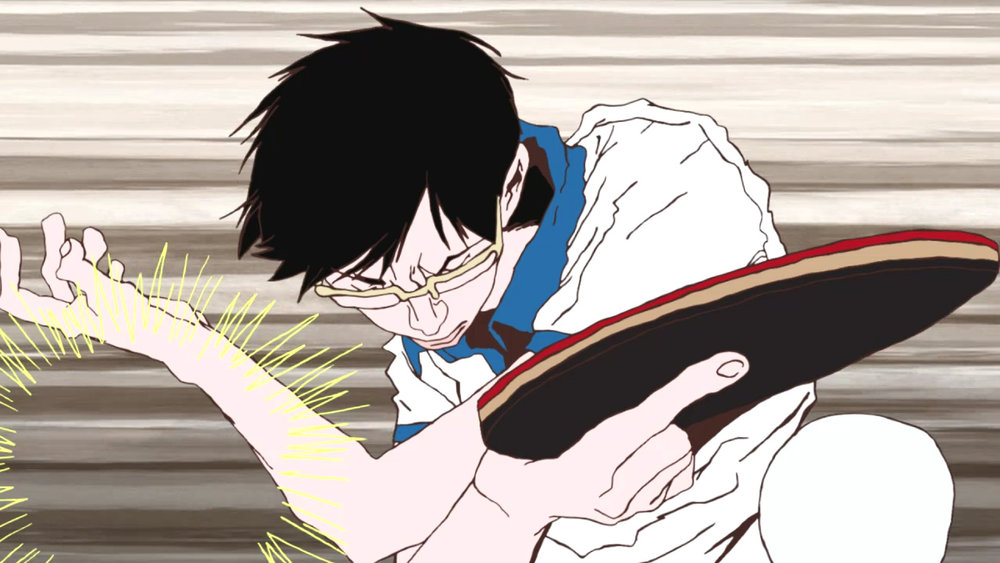 A table tennis anime about childhood friends Peco and Smile who are both members of their high school Table Tennis club. The relationship between these two friends is amazing to watch even though they have completely opposite personalities. The animation style of this one is a little different than what most anime fans must be used to but still, it’s a great show with great characters and amazing storytelling with an IMDb rating of 8.6.

An anime about the Japanese sport of Kendo. This one stands out because the main important characters are female instead of the most dominant male characters in sports anime. It started airing on the Funimation channel in 2010. A great show to look out for with 26 episodes, this makes it great for a binge-watch over a week. 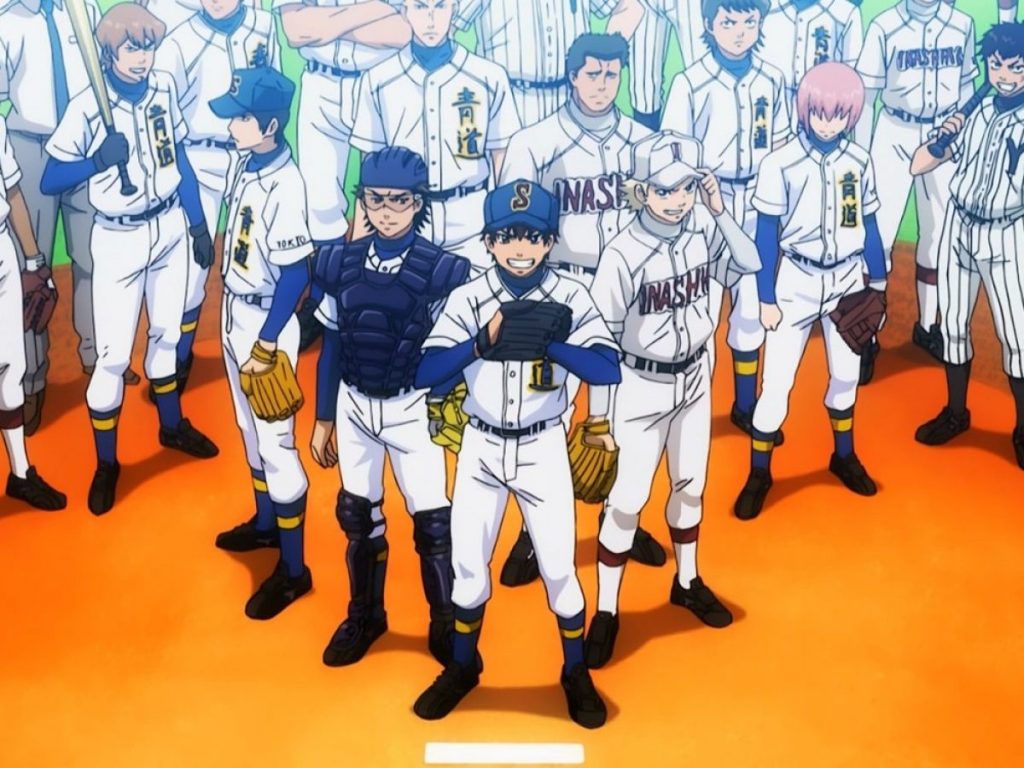 Another brilliant baseball anime about Eijun Sawamura, a talented pitcher who gets a scholarship offer from a prestigious school for his baseball abilities. He gets a chance to play in the nationals and bring home the big win. 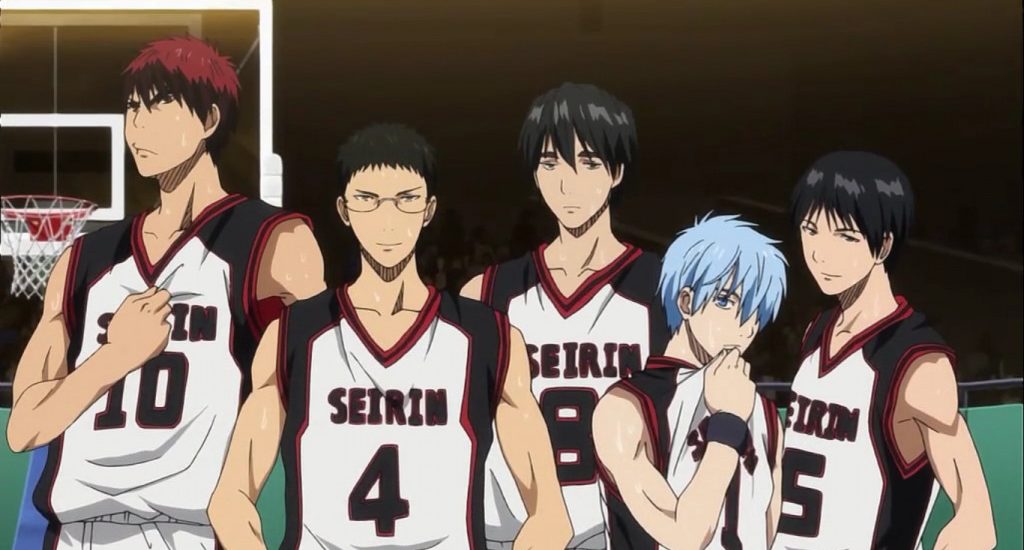 Another great basketball anime about Tetsuya Kuroko, a talented player of a once-great team that got split with time. Now Kuroko with his ally Taiga Kagami tries to trace the members of the old team back to bring the team back together and take themselves to the top all over again. This show promises a great deal of adrenaline rush and is action-packed with great characters right from the beginning. 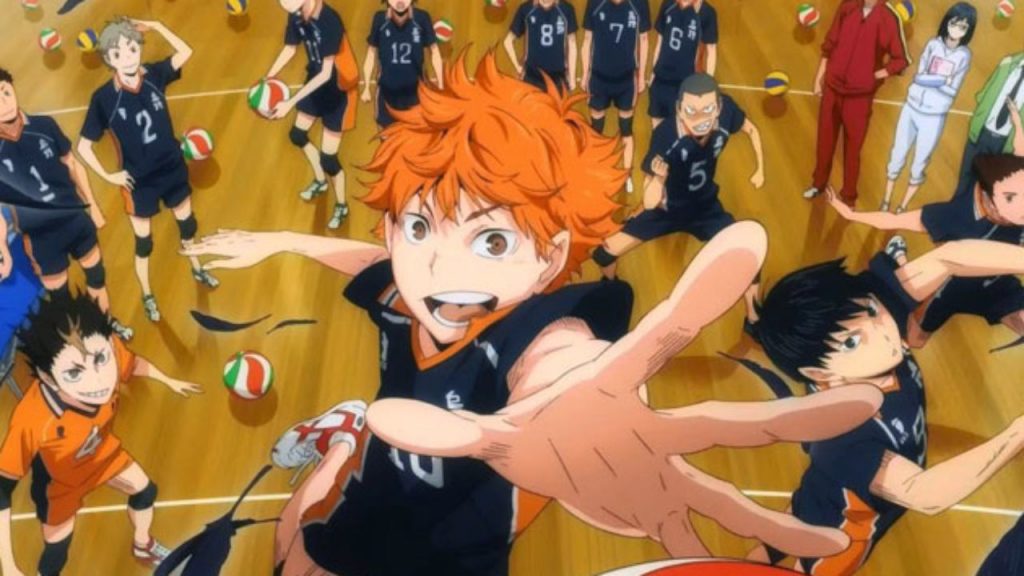 Everyone must have at least heard the name of the popular sports anime Haikyuu. It’s about a junior high school student Shoyo Hinata who becomes obsessed with Volleyball watching the nationals on TV. He joins the school’s team but is the only member to be there and so, he spends a lot of time finding interested players and getting them on the team. This is the most popular current sports anime on the list and probably something every sports anime fan has watched at least once.

So these were our recommendations for ten sports anime you should check out. Is there something we missed out on? Let us know in the comments.