Blue Period, based on the manga by Tsubasa Yamaguchi, is a visual paradise for art lovers around the world. Maybe it also has something for romance fans? 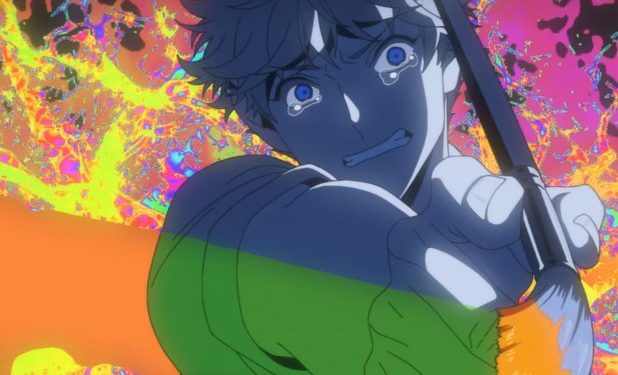 Blue Period was one of the most anticipated anime adaptations to come out in the year 2021. Although the anime only has 12 episodes, it has covered a significant amount of plot from the mangas. The manga is written and illustrated by Tsubasa Yamaguchi. The series tells us the story of Yatora Yaguchi, a 2nd-year high school student in Tokyo, who comes across a senior’s unfinished painting in their art room. Due to this, he gets interested in art, but is there any Romance in Blue Period? The anime covers almost five volumes of manga. And although there has been some criticism from fans because of that, the reviews have mostly been positive. The art style and animation of the series make it a visual paradise.

The show, from start to finish, is a homage to art as it is evident from its name ‘Blue Period’, which was inspired by Pablo Picasso’s own blue Period. It was the Period between 1901 and 1904 during which his paintings had more usage of blue and green colors. The Spanish painter was only 19 at the time. These monochromatic ‘Blue’ paintings stemmed from the point of emotional vulnerability in his life. Similarly, the anime shows the vulnerabilities of Yatora Yaguchi as a human and an artist. Before his art journey, he was seen as a pierced delinquent boy who was also a genius for getting good grades. Although he liked studying and drinking with his friends, he felt somewhat empty inside. Through enjoying art, he finds the courage to be his true self.

What is Blue Period about?

The anime starts off with Yatora slacking off in his school’s art class with his friends. He forgets his cigarettes under his desk as he hid them there when their teacher came to check on them. When he goes back to look for them, he gets fascinated by his senior, Maru Mori’s Angel oil painting. Another student, Ryuji Ayukawa, enters to tell him to back away from the painting as he could damage it by mistake. They have a small back and forth quarrel between them, which ends after their teacher arrives. But then we get to know that Yatora does actually enjoy the process of painting and even thinks that he can speak his mind better through painting.

Yatora draws the scenery of Early Shibuya mornings with blue paint for his ‘ favorite scenery’ project. He decides to take up painting seriously after Ryuji and his friends compliment his blue painting. In every new episode, we get to see the many struggles that art students may face while they are training for art college examinations. We see how Yatora struggles and then ultimately overcomes the different art techniques and tools to paint. We also get to see the other side characters like Mori, Ryuji, Kuwana, and Hashida and their own unique art styles.

Although Yatora can be awkward at times, he is good with people for the most part. He gets along easily with everyone in the art club. He has a lot of interactions with Maru Mori and Ryui Ayukawa (Yuka).

Yatora starts his art journey after getting inspired by Mori’s oil paintings. During his first Dessin class, he is in awe of how focused she gets while drawing. He put her art on a high pedestal in his mind and considered her focus scary. On her last day at school, he drew her a farewell painting and gave it to her in a letter. When he gets stuck with art block before his exams, Ryuji (Yuka) takes him to see Mori at her new college. However, she was not there when they came. But just seeing her new painting, he gets inspired again. So Yaguchi is very much attracted to Mori’s art and her hard work. He even decides to pursue oil painting because of Mori.

Now, his relationship with Ryuji (Yuka) is a little different. They are always seen quarreling with each other whenever they are on the screen. But as the story progresses, their friendship also grows stronger. Yatora did not understand Ryuji’s problems before and always wrote it off as something weird. But he realizes his mistake soon enough. Ryuji also inspired him to experiment with colors, especially red, when he was trying to specialize in a specific art style. They have a very beautiful bond by the end. These two people will always be there for each other.

The anime does focus a bit more on the characters themselves and their relationships with each other rather than their art. This is one of the criticisms that fans of the manga have against the anime. But in my opinion, the anime does the job as best as it can within only 12 episodes. Unfortunately, there is no romance blossoming any time soon for our protagonist Yatora Yaguchi. He is too busy and stressed out getting into the college of his dreams, something very relatable for most Asian kids. But the message from this show is clear, Go after what you love with all your might!

Where to watch Blue Period?

You can watch Blue Period only on Netflix.