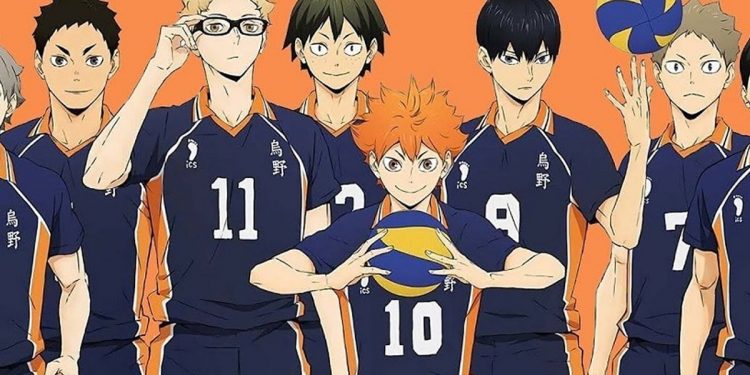 After the Jump Festa of the Year 2021 has concluded, the fans are going absolutely crazy over all the announcements that are made in the fest. The annual exposition was held in Japan on 18th and 19th December 2021 and is currently trending everywhere due to the overwhelming announcements that are made there. However, it’s no surprise because the annual party organized by Shueisha held every year for two days in December always brings us something fascinating. Generally, Jump Fest is popular for revealing the anime adaptions of manga which are Jump properties. Many adaptions like Platinum End, Taishou Otome Otogibanashi, and many more were announced at the event.

Taking this to another level, the proper trailer for My Hero Academia Season 5 was also released. The announcements regarding Demon Slayer: Kimetsu no Yaiba  Season two was also made, and that was not the end of it. During the Jump Fest 2021, Haikyuu – another popular anime series – production company have announced the launch of 10 new projects on the occasion of its 10th Year Anniversary. Fans are rolling on the ground in happiness as they get to hear about their favorite series after it concluded. The show is going to be excited as soon I am going to reveal these projects, so you better stick till the very end.

Beginning from the series to which all these announcements belong, the manga series Haikyuu. The sports genre shonen manga series Haikyuu was drafted and illustrated by Haruichi Furudate. The manga series was officially published by Shueisha and dropped out of its first chapter on 20th February 2012. The plot of the manga series goes around the life of a young boy named Shoyo Hinata, who is determined to become a volleyball player despite being short. The time he saw a volleyball player who was named “The Gaint” playing on Tv. He admired him a lot and was inspired to just like him. Later, he joined his school’s volleyball club to find his inner player. He was later joined by many skilled players of this school, and then the adventure began as they started playing against teams of different schools.

The anime adaption of the manga was produced by Production I.G Studio under the direction of Susumu Mitsunaka and Masako Sato. Back in 2014, the production dropped out its first episode on 6th April. Four anime films of the anime series were released in years 2015 and 2017. The anime series ended with 85 episodes and 5 OVAs on 19th December 2020. But this didn’t prevent the volleyball franchise from coming up with new projects even after so long. The concluded series gain encouragement through the immense fan following as a result, creators of Haikyu came forward in Jump Fest of 2021, declaring their upcoming 10 projects. It’s time to throw the light on these upcoming projects and get excited over them together.

As already mentioned above, VolleyBall Franchise has announced the launch of 10 new projects. The announcement was made on the occasion of the 10th Anniversary of the series. However, the creators didn’t miss the chance to leave the fans hanging on a cliff. They only revealed four upcoming plans, and the rest of the six are still kept discreet. This topic has been trending on Twitter since the announcement and visuals were posted on the official Haikyuu handle.

【NEWS】
Haikyu!! will celebrate its 10th Anniversary in 2022! To celebrate, there are 10 "major projects" in the works!

Four projects have been revealed at Jump Festa 2022, below are the details for each project! There are 6 more projects to be announced, look forward to it! pic.twitter.com/JyHqCy4zj6

The announcements encompass the release of new key visuals to celebrate the series’s one-decade journey and to mark the end of the manga last year. After this, they revealed the release of a “Short radio drama” by the franchise, which is going to get broadcast in the year 2022. The broadcast aims to explore the lives of characters and their daily activities. The upcoming radio show is going to be written by none other than Haruichi Furudate, the writer of the original manga series. The next project is regarding a collaboration with V- League to organize an exhibition match in April 2022. A match is going to be between Adlers, and the MSBY Black Jackals that was has been the fourth and the final project among the four revealed projects.

Since the Volleyball Franchise has already announced the first four Projects among the 10 upcoming projects, they didn’t leave the room to speculate around them. However, to make all this more entertaining and fun, six projects are yet to be announced, and here we got a whole room to speculate what these six projects can be. We all are very well aware of the immense popularity of anime series around the world. The manga also has been top-ranked and one of the best-selling of that time. This clearly showed how much profit both studio and publication gained through it. So, what do you think can be the other six announcements.

The anime series of Haikyuu!! ended with 85 episodes and a Season 4 in the year 2020. Fans were clearly sad about it, but these projects have given them some rays of hope that the series might get to continue. Creator gave Season 4 an obvious heading letting the viewers buzz with excitement for the most awaited match of the whole series, which  Karasuno Vs. Nekoma. So, what do you think, will you get to see this as a Season 5? Will the franchise announce the release of a Season 5? Rest awaits until the new updates on this matter, till then keep binging on Haikyuu!!