Blue Period Season 2: Will We See Yatora’s Life in College? 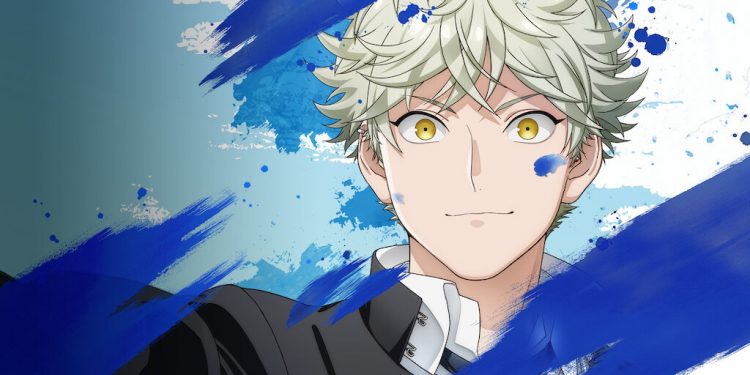 When is Blue Period Season 2 is drop out?

Painting, arts, and drawings are always fascinating. Even if you are not interested in it, you will stop for a minute and pay attention to the masterpiece by the artist. At some point in our lives, we all must have thought about getting a good hand in fine arts. The series we are talking about today is Blue Period which is very well known for its genre related to painting and life. At first, you might find it slow and boring, but it has a great depiction of a student’s common life. The kind of temptation we feel towards arts and drawings, the protagonist of the series also had this type of feeling, making him take a life-changing decision. The series has concluded recently, and fans are waiting for Season 2 of Blue Period. So, let’s find out whether it is going to happen or not.

The painting enthusiasts must have been aware of the anime Blue Period. It is not simply the name of an anime series but has a deeper meaning in it. If you are someone who is learning arts, then you must be aware of the relevance of the color Blue in one’s life. Blue color generally relates to the realization and peaceful rest. It is related to the plot in the manner when the protagonist finally realizes what he wants to achieve in life and is at rest after finally figuring out the kind of life he wants to live. However, many fans also relate the anime with Great Picasso’s painting “Blue Period”. The reason for this relation has been explained further in this article, along with the probabilities for having a Season 2 of Blue Period. Stick till the very end to find out all that you need to know.

Beginning with the introduction of the series, Blue Period is a Japanese manga series written and demonstrated by Tsubasa Yamaguchi. The manga has been serialized in Kodansha’s weekly manga magazine. The very first chapter of the manga was released on 24th June 2017 and is still ongoing. An anime adaption of the manga has also been produced by Seven Arcs, and it debuted with its first episode on 2nd October 2021. Season 1 of the anime series has been concluded on 18th December 2021, and fans are already all over the internet to get their hands over anything related to the Season 2 of the series. Since the manga is still ongoing, it is likely that sooner or later, the production houses will come up with the announcements for the new season.

The anime series Blue Period is a wonderful work by Seven Arcs Studio who is very well known for creating some of the best anime of all time. Previously, the studio has already produced some anime like Dances with the dragons, Trinity Seven, Dog Days, and Magical Girl Lyrical Nanoha. Recently, it has been reported that the studio is indulged in the production of TONIKAWA Season 2, and it has been officially announced. After this announcement, fans have got their hopes high for having a Season 2 for Blue Period too. But it is still unclear what awaits the fans regarding the renewal of the series.

Just like any other anime series, we are going to have our protagonist in the center and will start from his introduction. Yatora Yaguchi is the protagonist of the series and a very smart and good-looking guy. Starting from his appearance, Yaguchi is a medium heightened young man with messy cut hair. In the series, you will witness him having blonde hair, but they were naturally black. He used to bleach them. Yaguchi has yellow eyes and seems to wear contact lenses, and switches to glasses occasionally. As for the character’s persona, Yaguchi is a very hardworking student who stays composed all the time. Even though he looks fine from the outside, but has a series of insecurity and dissatisfaction about his life. The reason is, he doesn’t have a dream or ambition in his life, so he feels bored without having a dream to achieve.

He is a highly extroverted guy and can easily figure out what a person is expecting from a relationship. As the series progresses, you will find him suppressing his feelings and willing in order to satisfy others. In the beginning, as mentioned above, there is a relation between Picasso’s Blue Period and this anime. It is said that Picasso painted the “Blue Period” when we have faced hardships in his life. The same goes with the anime series. The reference of “Blue Period” here is given to represent the hardships and tough times a person’s faces while going to achieve their dreams. Yaguchi’s struggle to achieve his dream of getting admitted to the Tokyo University of Fine arts has been depicted here.

The plot of the series Blue Period goes around the life of a young boy named Yatora Yaguchi, who is a very smart and intelligent high school student. Yaguchi is a very popular second-year high school student who outstands his classmates in terms of academics. Even though he was living quite a normal life with his high grades, he did not have any motivations and dreams to achieve. He was spending his days with his unambitious acquaintances until he realized that he was not happy with the type of life he was living. Yaguchi decided to determine his wishes and dreams to pursue to live a more satisfying life.

As he was going around to tackle his messy life, he found himself admiring Shibuya’s bright environment. Yatora was unaware of the feelings he was having after witnessing the sight. He simply picked out the paintbrush and tried to paint down his thoughts on the canvas. Unexpectedly, he received praises for his work and was delighted to hear that. After this incident, he made his motive to get admission to the high-rated Tokyo University of the Arts. The university is very tough to achieve as it accepts one applicant out of every 200. His journey to achieve this goal and the obstacles he faced have been portrayed in this series. From learning fine arts to having the acceptance of his parents, Yatora Yaguch has been through all of it.

Blue Period Season 2 – Will it Release?

It has been mentioned above that the Season 1 of the series Blue Period has been concluded recently, and fans are already expecting a Season 2. First of all, there are no official announcements related to the new season of the series. Any production house related to the series has not provided any word for renewal of Blue Period. However, it is not going to prevent us from speculating the chances and time we can expect season 2 of Blue Period. We know that series is available to stream on Netflix, however, Netflix is not a part of the anime production community, so it cannot decide whether to renew the series or not.

The success and revenue generated from a show are the initial factors that decide whether a series will get renewed or not. Fortunately, Blue Periods managed to give a very good response and became very popular among the Netflix anime series. Since the streaming channel has a history to renew the anime series even though they are not ranked high on the charts, critics said that the anime series has an unexpectedly bad representation of the manga, but the picturization yet managed to convenience the people about the plot. After all the positive reviews, it is predicted that Blue Period is likely to be renewed, but the question lies, when? We all know that the release date of an anime is always scheduled a few years in the future because it takes time to animate the manga. So, it is likely that fans have to wait a few years until the announcements regarding Season 2 are made.

The Blue Period is among whose anime series that is not very long yet manage to convey the message to the viewers—resulting in making a great fans base with just a few meaningful episodes.  Since Season 1 of Blue Period stands concluded with 12 episodes in total, you can watch the complete season in the go. The popular channel to stream the series is Netflix. All episodes are available on this channel. However, for the manga series, you can refer to Viz Media.

Will Everything Be Alright For Issa In Insecure Season 5 Episode 10?