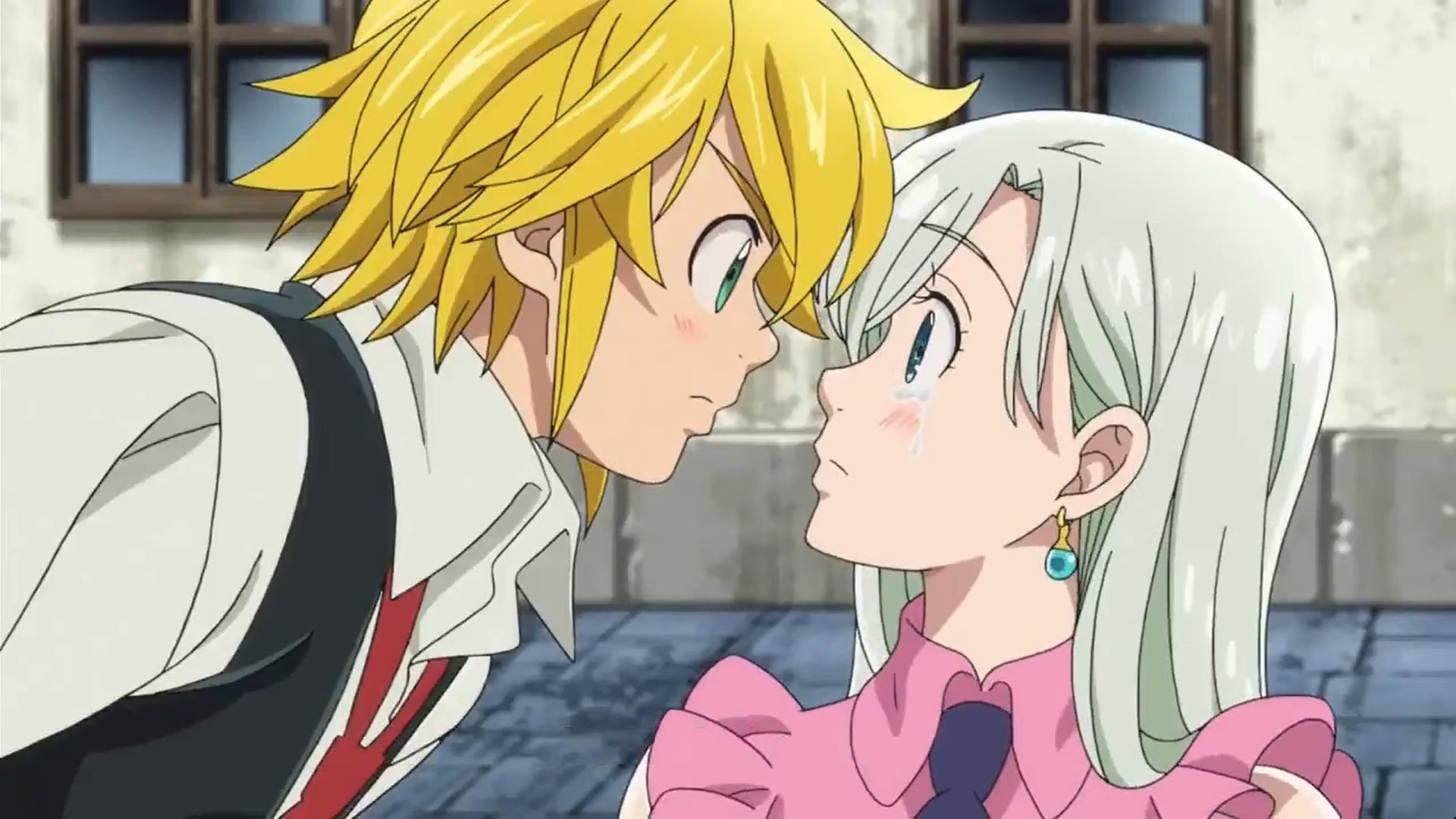 Meliodas and Elizabeth’s relationship is beyond the concept of time and spans over many lifetimes. This love has endured Elizabeth’s many incarnations, and it has always been love at first sight between the two. What could be more ideal than a love that transcends the passage of time?

Friendship, love, adventure, and, yes, maybe some demons hellbent on devastation and despair are elements that make The Seven Deadly Sins. For the time being, the highlight is on the softer, lighter side. Others have formed everlasting ties, while others have recently been discovered. Enemies to allies, a never-ending cycle of resurrection, and even species differences are no match for love’s power. The characters’ connections in this gripping anime have fans rooting for their enduring love. From love interests to ships, see which pairings are made for one other and which ones don’t.

The Curse of Love

Elizabeth is the Supreme Deity’s daughter and the highest-ranking member of the Goddess Clan. She is also the 3000-year-old incarnation of Elizabeth Liones, as well as Meliodas’ lover. Meliodas is the Demon Clan’s highest-ranking Demon and the Demon King’s eldest son. He fell in love with Elizabeth 3000 years ago, betrayed his Clan, and killed two of the Ten Commandments in the process, which led to the Demon Clan getting provoked.

On the other hand, Ludociel of the Four Archangels was blinded for destroying the Demon Clan, so he used this opportunity to start a Holy War. However, Meliodas and Elizabeth had no intention of mounting a rebellion; all they wanted was for all clans to exist equally. Elizabeth aided Monspeet and Derieri in activating Indra by sacrificing six of their hearts. Ludociel was triggered, as was the Supreme Deity. The Demon King and Supreme Deity then determined to punish them for beginning the Holy War and betraying their own species.

Elizabeth was cursed by the Demon King to reincarnate as a human, and if she remembers the curse or her previous existence, she will die in three days. The saddest, cruelest part is that she will perish in front of Meliodas every time she dies. Meliodas was cursed by the Supreme Deity to be immortal, but not like Ban. Instead, he would surrender his emotions to his father, the Demon King, every time he dies. Purgatory will hold his emotions captive. And his father, the Demon King, will have more power over his heartless self. Before his eyes, Meliodas had already lost 106 Elizabeths. (This includes Elizabeth Goddess in her first incarnation.) Elizabeth Liones is Elizabeth Goddess’s 107th incarnation.

In the beginning, Meliodas and Elizabeth share a close friendship. Elizabeth appears to have a great deal of regard and trust for Meliodas, addressing him with the honorific “Lord,” and she constantly worries about his health and injuries. Meliodas serves as a mentor and role model for Elizabeth during her quest for the Seven Deadly Sins, cheering her up anytime she feels powerless or doubts herself.

Elizabeth has made the decision to believe in Meliodas, regardless of what he thinks of her or what others say about him. Since Vaizel, Elizabeth has been blushing whenever Meliodas has expressed concern for her, implying she is developing a love for him. Gowther pointed out that Elizabeth has fallen in love with Meliodas, much to her embarrassment.

Elizabeth was dismayed and heartbroken after Meliodas accepted Arthur’s offer to become a Great Holy Knight in the Kingdom of Camelot, fearing that Meliodas would abandon her in the future. Since the first time they met, Elizabeth has told Diane that she adores Meliodas. On the other hand, however, she finds it difficult to express her feelings to him because she is aware that Meliodas may still be in love with Liz. 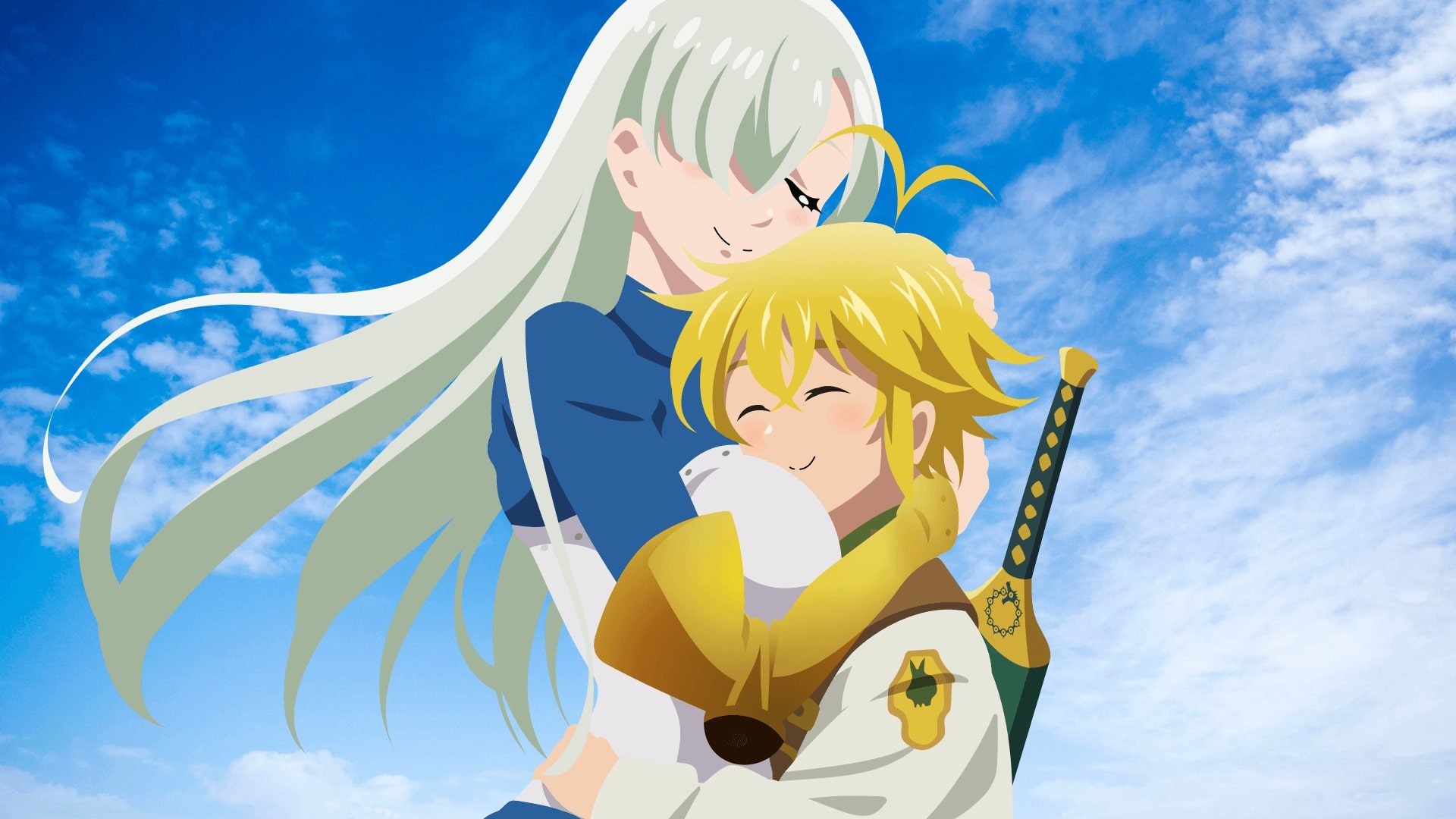 Despite Meliodas’ recent distant behavior toward her, Elizabeth became irritated, but she understood that he was acting in her best interests. She did not change her mind, however, to stand by Meliodas’ side and assist him and the others. This began to alter once Meliodas began to accept Elizabeth again after she assisted him in overcoming his ordeal and regaining his strength.

Elizabeth was devastated by Meliodas’ death, but she continued to run the pub in his honor. Elizabeth cared for Meliodas’ comatose body in their bed, mending his wounds and recovering his arm. Elizabeth was eventually discovered to have survived Meliodas’ destruction of Danafor and was promoted to a Holy Knight of Liones to protect her.

When Elizabeth’s curse had reawakened, Meliodas started trying his best to break it, however, with this, as well as his decision to become the next Demon King to break their curses, it puts a strain on the relationship. Despite this, Elizabeth still cares deeply about Meliodas and is willing to do whatever it takes to prevent him from carrying out his plans, even if it means succumbing to her own curse in the process. She continues to love Meliodas despite learning of his and her past, but she tries to persuade him not to become the Demon King merely to save her.

When Did Their Curse Break?

Initially, Meliodas was able to break the curse after activating his real power in Purgatory during his battle with the Demon King. However, this proved to be deceiving, as the cure immediately reactivated; all of this occurred in season four. Since the curse had been reactivated, Meliodas had to shatter the Ten Commandments in order to eventually vanquish the Demon King and end the curses.

At the end of the epic battle against the Supreme Deity, She chastises them for causing an era of chaos by disrupting the world’s balance, but the brothers insist that no matter what era occurs, they will control their own destiny. So the two combine their techniques to kill the Supreme Deity: Tyrannicide. Meliodas and Elizabeth marry the next day, and everyone is invited to the ceremony. Meliodas finally reconciles with Zeldris, who becomes the new regent of the demon world. 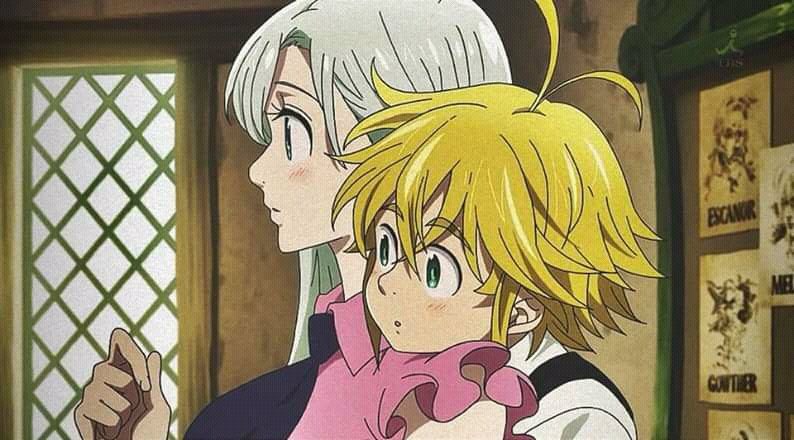 Also Read: The Seven Deadly Sins Origin Game: When Does it Release?