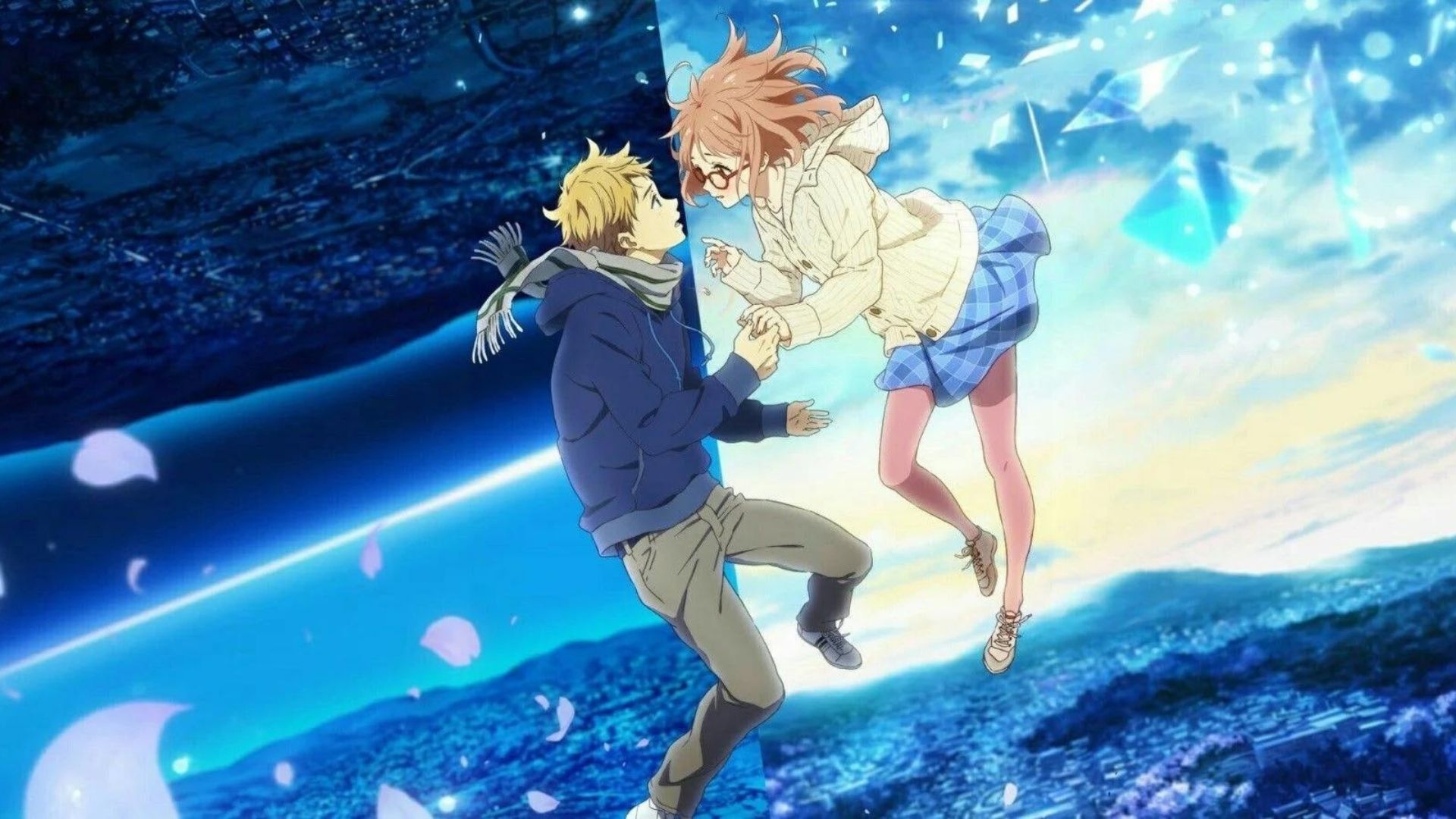 Beyond The Boundary - Anime Review!

Often, we read reviews so we could get a sense of what the anime is about. And on that basis, we decide whether to watch the anime or not. So for this post, we will do a review of the anime called “Beyond the Boundary” also known as “Kyoukai no Kanata” in Japanese. Beyond the Boundary anime is based on a Japanese light novel series written by Nagomu Torii and illustrated by Tomoyo Kamoi. Kyoto Animation has helped the series reach its audience in many ways; From publishing the light novel series to producing the anime.

The anime had a very small ran of 12 episodes in the fall of 2013 under the direction of Taichi Ishidate. Furthermore, there are two films produced by the Kyoto animation as well. I guess that’s it for the technical information regarding the Kyoukai no Kanata series. So without further ado, let’s take a look at what the story is in the anime Beyond The Boundary, and then we will review it.

There is no exception to the plot, only a group of teenagers trying to save the world from monsters. Mirai Kuriyama is a descendant of the Spirit World Warriors and a high school student. She can use her blood to forge a weapon like a sword. Being the Spirit World warrior, she has a task to save the world by hunting down “youmu” (creatures made up of negative human emotions). Once, while she was on the roof of the school, a curious guy Akihito Kanbara who apparently is a rare breed half-youmu and half-human. Tasked with killing the youmu, the first thing Mirai does is stab Akihito with her sword. However, Akihito is immortal and can’t be killed. 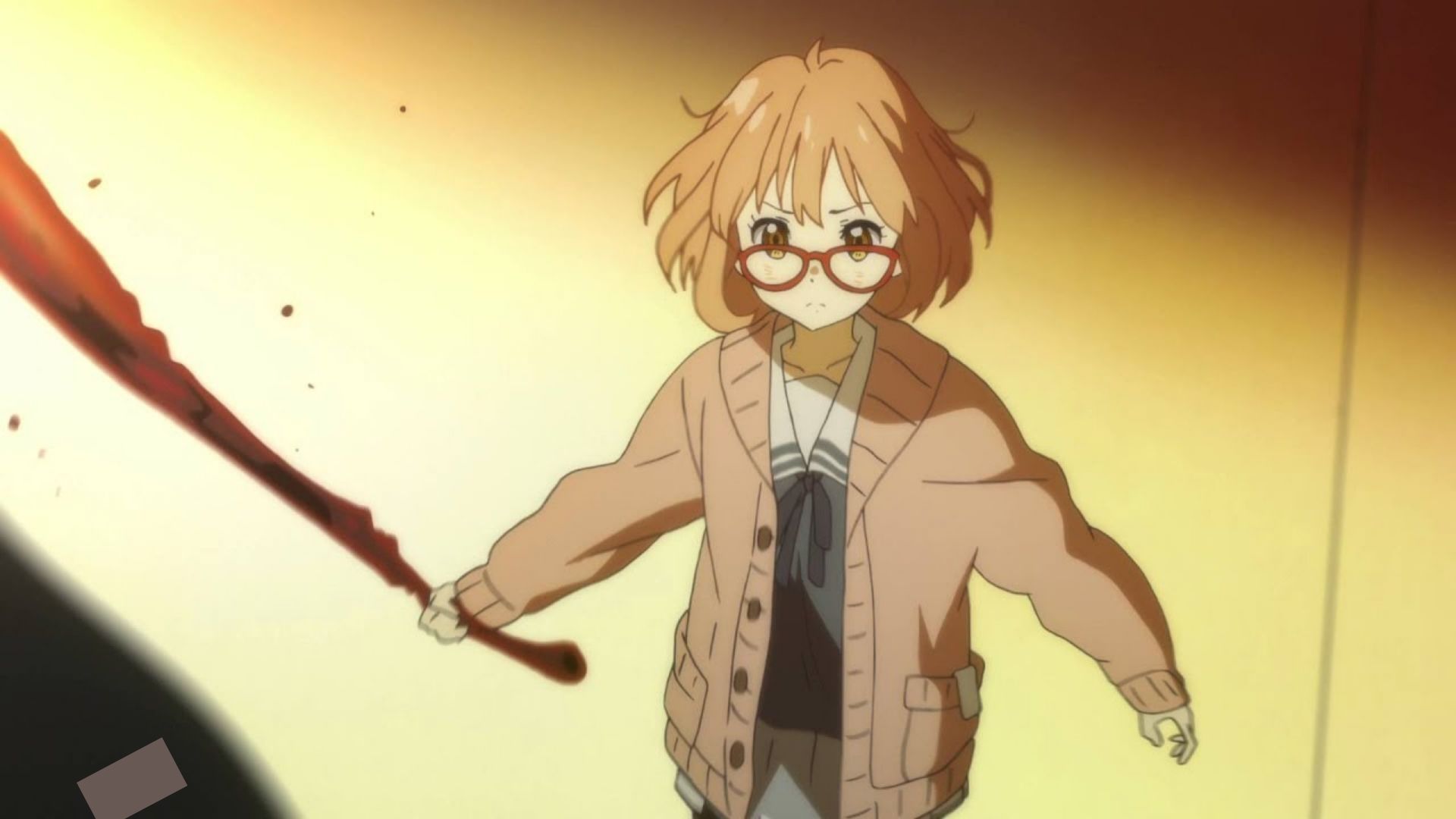 Eventually, they both become friends, but Mirai often tries to kill Akihito, which results in her failure. Akihito introduces Mirai to Nase’s siblings Hiroomi and Mitsuki. They get close, and their adventures as teenage friends end up surviving when a powerful youmu comes from Beyond the Boundary.

Beyond the Boundary – Review

Let’s begin our review of Beyond The Boundary or Kyoukai no Kanata, shall we? The very first thing that happens in the anime is that our characters are trying to kill each other. However, one would assume they drift apart after trying to kill each other, but they form a friendship. The reason is that our male protagonist has a fetish for girls with glasses. Even though Akihito is immortal, it was very unlikely for the show. This pattern is followed in the anime overall. The plot is not very original, but it will keep you interesting throughout the 12 episodes.

The mix of slice of life, comedy, supernatural, and action is very well done. While one would never complain about the characters and their development, and with otakus who like to see a cute girl in glasses, there are some problems with how the plots in the anime are displayed. There are very few occasions where the plot is explained in the show. Otherwise, there are some things that will never be explained. There are specific episodes in the anime which will seem stretched. Even though it is not a bad thing but for an anime with 12 episodes, stretching an episode might seem irrelevant. 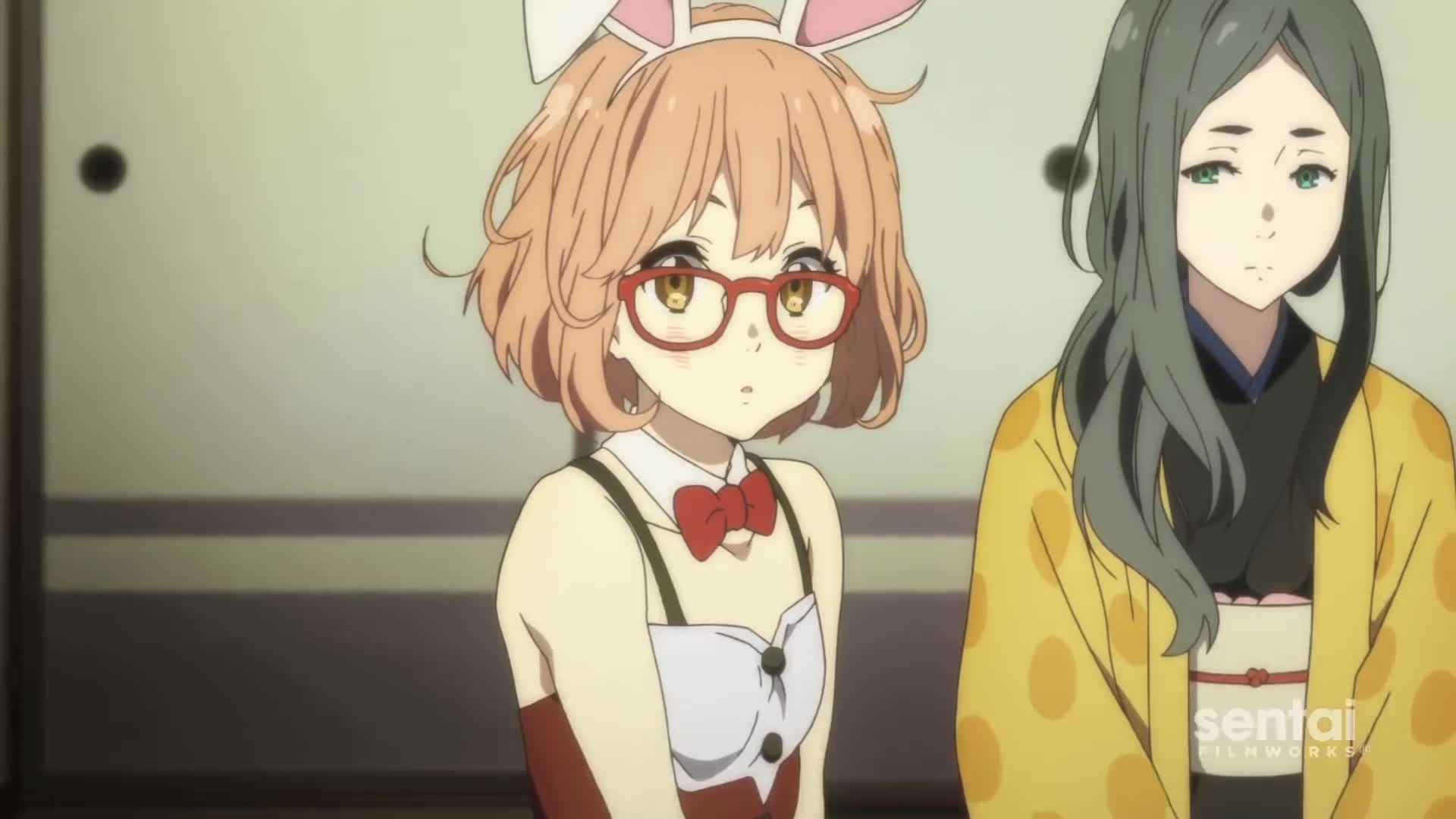 Mirai is the reason to watch the anime

One more thing that this anime revolves around is the fetish for girls. Not only does our male protagonist has a fetish for a girl, but his dad as well. His dad is youmo who is married to a woman who likes to cosplay. Do I need to say further? Furthermore, there is one more male significant character who represents the whole otaku culture with an affection for his sister. While the plot may be confusing sometimes, you will love the animation and the bonding of the characters.

Should you watch Beyond The Boundary?

If you are planning to watch the anime, then there is no harm since it is a small anime and won’t be wasting your time for sure. With awesome animation and soundtracks, you will enjoy the basic plot of the anime. You can watch the anime just by clicking here.

Well, that was it for our review of Beyond The Boundary anime. We do have very interesting articles on several other animes. Consider taking a look around our website, and I guarantee you won’t be disappointed.