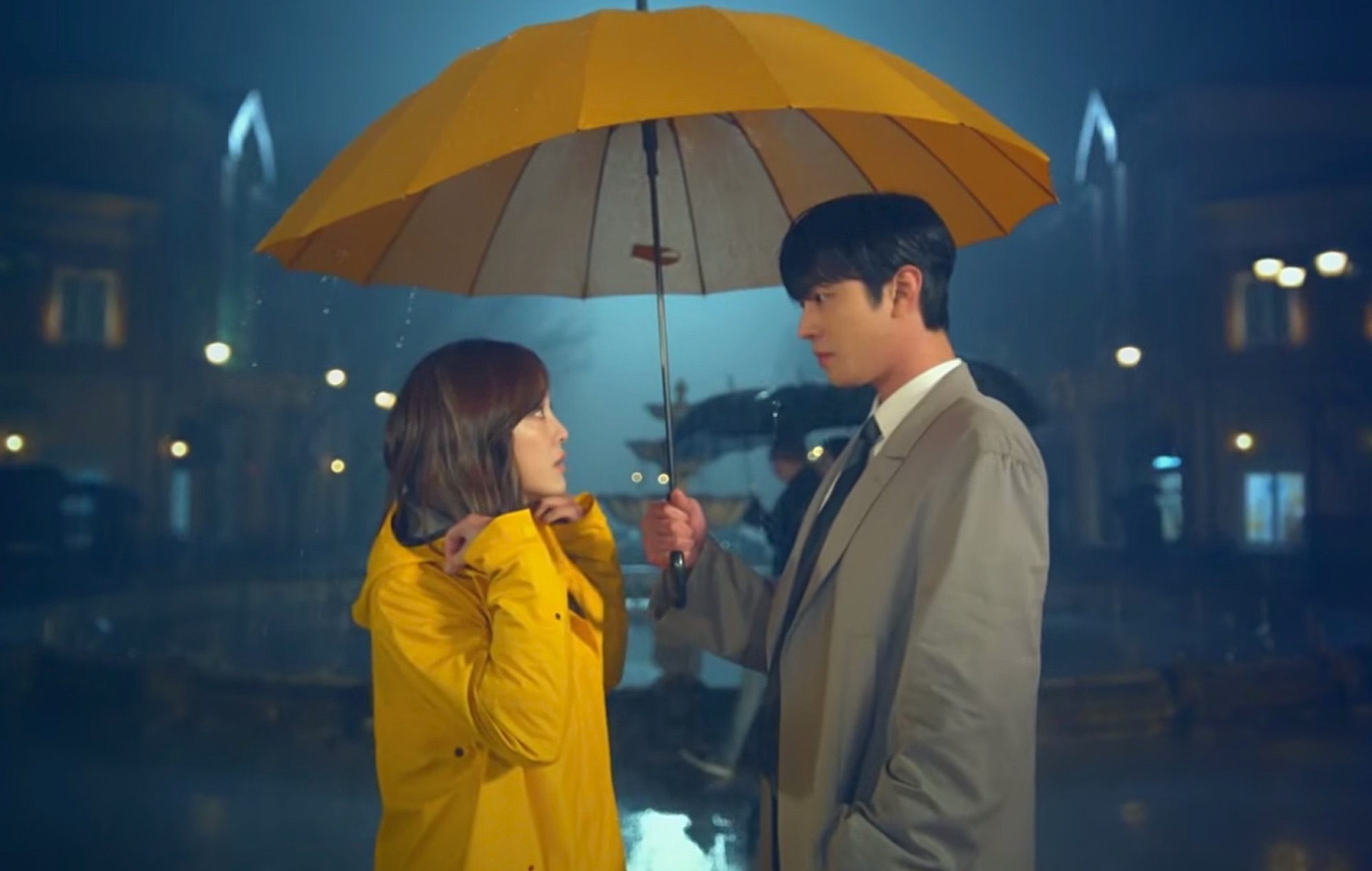 A Business Proposal is one of the most trending K-dramas this March! A Business Proposal is an office romance that has gotten the audience hooked on its storyline. It all started with two close friends, Shin Ha Ri and Jin Young Seo. Shin ha Ri is a hardworking and diligent person who is broken-hearted that her long-time crush has a girlfriend. While she was telling this to her rich daughter of a chaebol friend Jin Young Seo, her mind lit up with an idea. Jun Young Se had to go on a blind date set up by her father. She told Shin Ha Ri that if she goes in her place and rejects her blind date, then she will give Shin Ha Ri money.

Everything was going well until, on the blind date, Shin Ha Ri realized that Jin Young Seo’s blind date was none other than her company’s CEO Kang Tae Mu. She tried all that she could to make a bad impression on Kang Tae Mu. The fake Jin Young Seo, aka Shin Ha Ri, faked that she had been seeing two to three men at a time and found Kang Tae Mu really ugly. However, luck was not at her side since Kang Tae Mu decided to marry her. He was not at all interested in marriage but wanted his grandfather to stop pestering him about it while he was working.

Viewers have also been loving the fun and interesting chemistry of Ahn Hyo Seop, Kim Se Jeong, Kim Min Gue, and Seol In Ah. While waiting for new episodes of A Business Proposal or to fill the void after the K-drama ends, here are some K-dramas that are similar to A Business Proposal that you can watch!

This drama is a cult favorite among fans of office romances. Furthermore, What’s Wrong With Secretary Kim was directed by one of Korea’s best directors, Park Joon Hwa. He is also known for his work in Touch Your Heart, Because This Is My First Life, and Bring It On, Ghost. The brilliant screenplay of this drama was the combined hard work of the geniuses Baek Sun Woo (My Roommate Is A Gumiho) and Choi Bo Rim (Touch Your Heart). Apart from the brilliant crew, the drama also consisted of a star-studded cast. The main cast of the drama was fashionably headed by the beautiful Park Min Young (Forecasting Love And Weather) and the handsome Park Seo Joon (Fight For My Way). 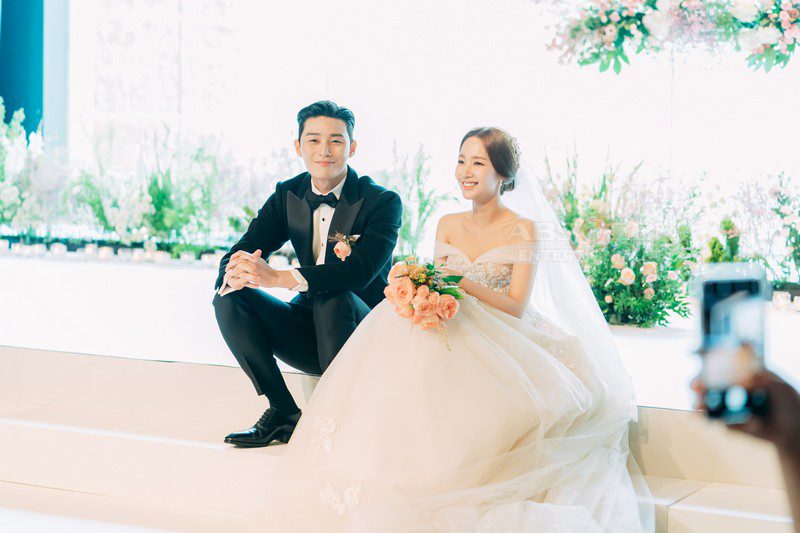 The plot of the drama revolves around the narcissistic CEO of a company named Lee Young Joon. He thinks so highly of himself that it is almost comical. The only person who can take care of his tantrums and knows his habits a little too well is his capable secretary, Kim Mi Soo. Additionally, Kim Mi Soo has been working alongside Lee Young Joon for more than nine years. However, when Kim Mi Soo suddenly decides to quit her job to live the way she has always wanted to, chaos ensues. Another cool fact to note is that in all nine years, Kim Mi Soo and Lee Young Joon never had more than a workplace relationship. But after she decides to quit, Lee Young Joon tries everything to make her stay. The drama is similar to A Business Proposal in its office romance element. You can watch this amazing drama with subtitles in the language of your choice on Rakuten Viki.

This drama is very similar to A Business Proposal. Moreover, it is one of the most heartwarming office romance kdramas that you will ever come across. Directed by Park Joon Hwa, who has also directed What’s Wrong With Secretary Kim. Furthermore, the screenplay of this drama was co-written by Choi Bo Rim (My Roommate Is A Gumiho) and Lee Myung Sook (The Virus). The drama received a lot of attention even before its release because the main couple in this drama was the loved second couple in Guardian: The Lonely God. The main cast of this drama is headed by the beautiful Yoo In Na (The Spies Who Loved Me) and Lee Dong Wook (Bad And Crazy). The drama was broadcasted on tvN in February of 2019. 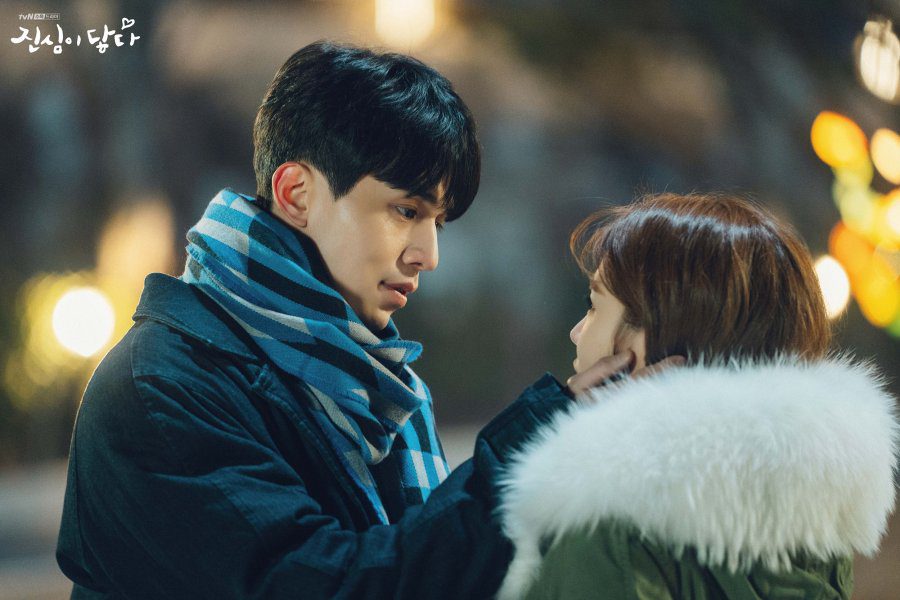 The plot of the drama revolves around Oh Yoon Seo, who is a very popular actress. Although she is one of the brightest stars, Oh Yoon Seo is not a good actress. However, a scandal leads to her being widely hated. Oh Yoon Seo decides that she will prove herself as an actress. Coincidently a famous screenwriter wants her to play the lead role in her legal drama. To make sure that she gets every point right, Oh Yoon Seo starts working at a law firm. To put her skin in the game, she takes up the challenging task of becoming a secretary for the strictly-business lawyer Kwon Jung Rok. Kwon Jung Rok, who likes everything to be done perfectly and hates anything and everything that keeps him from solving a case, is not very happy about the situation.

Over the course of sixteen episodes, we see a very naive and cute Oh Yoon Seo and tsundere Kwon Jung Rok fall helplessly in love with each other. The drama will remind you a lot about A Business Proposal with how the female lead puts on ridiculous costumes every time she goes out. You can watch this lovely series with subtitles in the language of your choice on Rakuten Viki.

Dali And The Cocky Prince

A very unique drama that had the viewers absolutely whipped for the characters and chemistry. Furthermore, Dali and The Cocky Prince is directed by the wonderful Lee Jung Sub, known for his work in Healer, Angel’s Last Mission: Love, and Queen For 7 Days. The unique screenplay of this drama is all thanks to the brilliant screenwriter Son Eun Hye (Love Story In Harvard). Furthermore, Dali And The Cocky Prince starred Park Gyu Young (The Devil Judge), Kim Min Jae (Flower Crew: Joseon Marriage Agency), Kwon Yool (No, Thank You Season 2), Hwang Hee (Tale Of The Nine-Tailed), and Yeonwoo (Cheat On Me, If You Can). 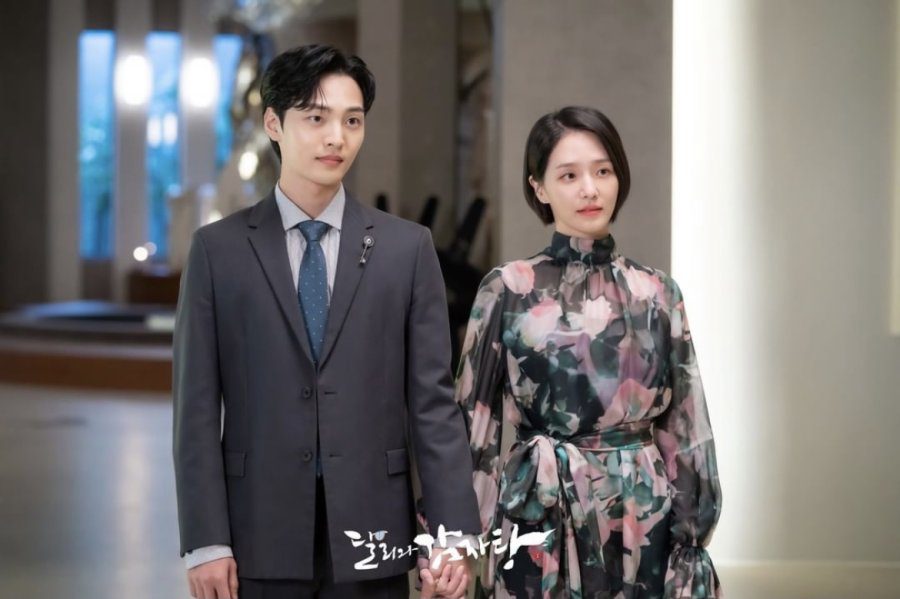 The plot of the drama mainly revolves around Jin Moo Hak and Kim Da Li. Additionally, Jin Moo Hak earned his way from rags to riches. He used to be a peddler in the market and now runs a global restaurant chain named Dondon F and B. He comes across Kim Da Li, who has an origin the stark opposite of his. Dali is the only heiress of an upper-class family and runs a fancy art gallery. However, when her father suddenly passes away, Kim Da Li finds herself helpless. The two of them form a creditor and debtor relationship over the art gallery. The drama is similar to A Business Proposal as both the main characters are complete opposites of each other. If you are a fan of the ‘opposites attract’ trope, then Dali and The Cocky Prince is the perfect drama for you. You can watch with subtitles in multiple languages on Rakuten Viki.

With its top-notch comedy, heartwarming love story, and thrilling plotline, Strong Woman Do Bong Soon has been the gateway to the kdrama world for millions. For those of you who do not know, Strong Woman Do Bong Soon is a romantic comedy with a hint of supernatural starring the timeless beauty Park Bo Young (Doom At Your Service), Park Hyung Sik (Happiness), and Kim Ji Soo (When I Was The Most Beautiful) in lead roles. Furthermore, the screenplay of this drama was written by the legendary Baek Mi Kyung (Mine) and directed by Lee Hyung Min (Miracle That We Met). Strong Woman Do Bong Soon was broadcasted on jTBC in February of 2017. 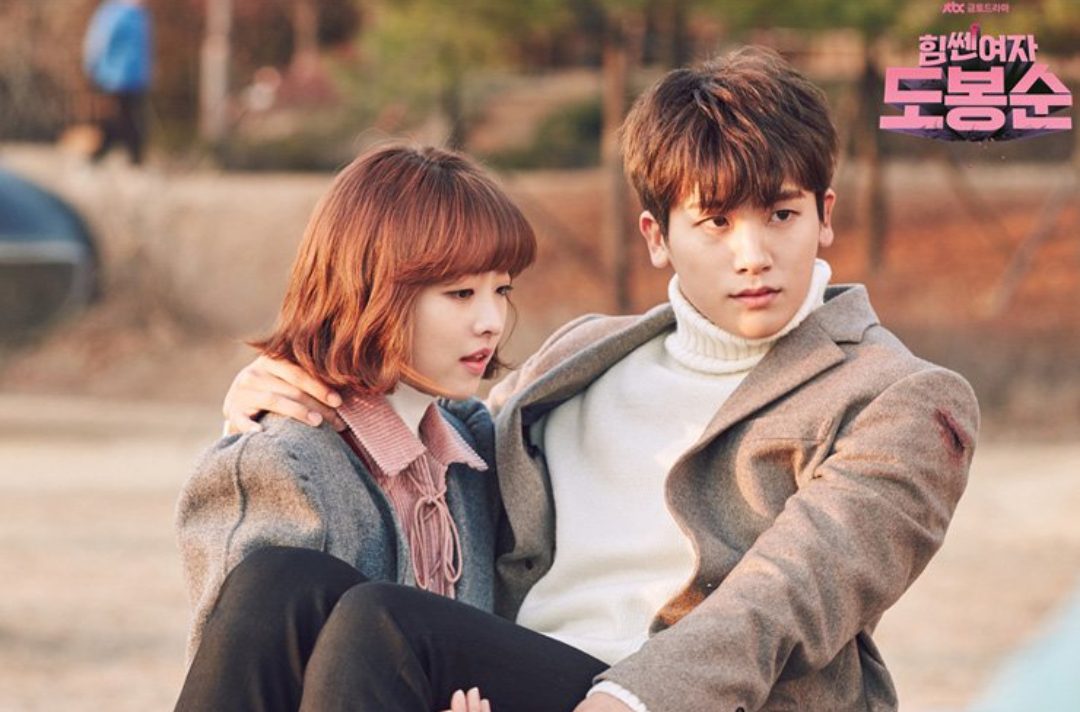 The main character of this show is Do Bong Soon, a cute, kind, and unemployed woman who looks like she could not hurt a fly even if she tried. However, Do Bong Soon is gifted with Herculean strength. This power has been gifted to the women of her family to help the world become a better place from a long time ago. But just like in fairytales, this power too is given with a catch. If the strength that she is gifted with is ever used to harm an innocent individual, she will lose her gift. Ahn Min Hyuk, the quirky CEO of a gaming company, catches her in action and hires her as his bodyguard. A fake relationship, loveable female characters, and handsome male leads, this drama has all the good ingredients that A Business Proposal has.