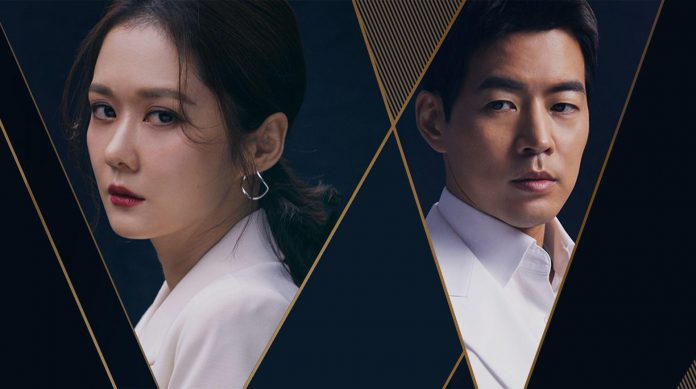 V.I.P is a 2019 South Korean drama that seeks the answers to many questions or rather secrets the members of the V.I.P team were hiding. The secrets, one by one, started to come to light when Na Jeong-seon got an anonymous text mentioning her husband’s affair with someone from his team. The series takes one through a suspense ride where each one of the members has their share of secrets hidden. If you too want to watch V.I.P Korean Drama, then keep reading to find out the details regarding the same.

Jang Na-ra and Lee Sang-yoon received praises for their performance. The cast was just perfect as each character brought something to the table. If you are looking for a suspense drama, then check out V.I.P.

Also Read: Will There Be ‘Monstrous’ Kdrama Episode 7?

V.I.P Korean drama will be available to watch on the global streaming platform Netflix. To get access to the drama, you need to buy the subscription plan. Suit yourself with a plan according to your convenience. Besides, this drama is also available on the Rakuten Viki website or app. You can watch the drama for free. However, if you buy the standard Viki pass, then you will be getting access to a whole lot of dramas. With a total of 16 episodes, VIP Korean drama has a per-episode duration of 60-70 minutes.

V.I.P revolves around the secrets of the Sung Woon Department Store’s V.I.P team that get revealed when a woman tries to find out about her husband’s affair. Na Jeong-seon comes from an affluent family and is the deputy head of the V.I.P team. She’s brilliant at what she does, taking care of the store’s VIPs and VVIPs. Though from the outside, it seems that she has everything, however, things aren’t always the way the eyes see. Jeong-seon had a traumatic past that comes from the fact that both her mother and her stepmother left her.

She trusts her husband with her life. Well, how will she feel if a secret about her husband gets revealed? That’s what happened when she got an anonymous text saying that her husband was having an affair with one of her colleagues on the team, crumbling her entire world down.

She begins to witness everyone from the team with suspicion while trying every possible way to find out about her husband’s affair. In a quest to find the truth, she unveils a series of secrets not only of her husband and the woman but also of her colleagues as well.

The drama garnered praise for the plot, and Lee Sang Yoon’s character was portrayed as a man who was aloof and unapologetic about his actions. Though there was an angle of him having losses in his personal life, however for many viewers, it wasn’t a reason to cheat on his wife. His portrayal was so realistic that one can’t help but despise his character. Jang Na Ra stood tall on all the expectations the audience had of her. The drama puts one into perspective and makes one question themselves for their choices.

Jang Na Ra as Na Jung Sun, Deputy Head at Sung Woon Department Store. Her entire world came to a halt when she found out about her husband’s affair. Jang Na Ra has been part of various projects like My Love Patzzi, Successful Story of a Bright Girl, and Wedding, among others.

Lee Sang-Yoon as Park Seong-joon, the head of the VIP team. He was having an affair with one of the members of his team. Lee Sang- yoon appeared in movies like Santa Barbara and Insane, to name a few, and in dramas such as Heading to the Ground, On the Way to the Airport, and One the Woman, among others.

Lee Chung-ah portrayed the role of Lee Hyeon-ah, chief of the management team. She had to take an off for a year due to a scandal. Hyeon-ah was previously part of dramas like Cool Guys and Hot Ramen, among many others.