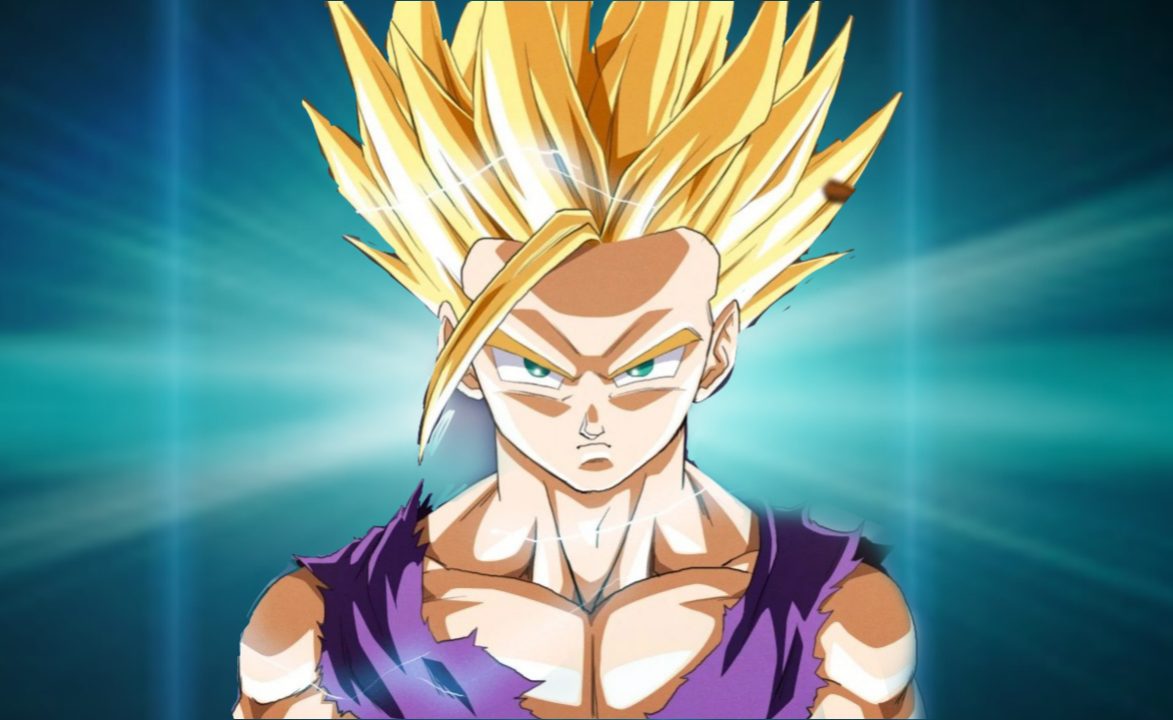 The Dragon Ball series is one of the most popular manga and anime franchises in history. While the series started as a simple adventure tale, it became one of the most complicated and epic fantasy sagas ever told. This series is full of wonderful characters, each with a unique personality. Gohan is a fictional character created by Akira Toriyama in the Dragon Ball manga series. Here, you will know who Gohan is as we look into some of the most significant quotes by him.

Gohan is one of the most powerful characters in the Dragon Ball series. He is a young martial artist and son of Goku. This character has been featured in many other mediums as well, including video games, manga, and anime. Gohan is an important character in the Dragon Ball series to the point where the mangaka was planning to make him the protagonist. Although he is seen as a side character, he is the eldest son of Goku and is one of the mightiest defenders of the Earth.

About Gohan And His Journey

In his early years, Gohan was a very studious and intelligent child who did not have the fighting spirit that a Saiyan would have. But who can blame him if your mother is as smart as Chi-Chi? Despite lacking the Saiyan fighting spirit, he was a great scholar and used his potential and emotional reserves for everyone he loved and cared for. During his teens, Gohan was very dangerous to anyone who threatened the Earth.

As a child, Gohan was faced with constant dangers along the way. The majority of Gohan’s training was done by Piccolo, who looked after him from childhood to adulthood. There was one instance when Gohan was better than other Saiyans. As the first Saiyan to achieve Super Saiyan 2 form, Gohan stood out among all the other Saiyans during the Cell Games. Though he lost his father during the process, he still managed to defeat Cell. 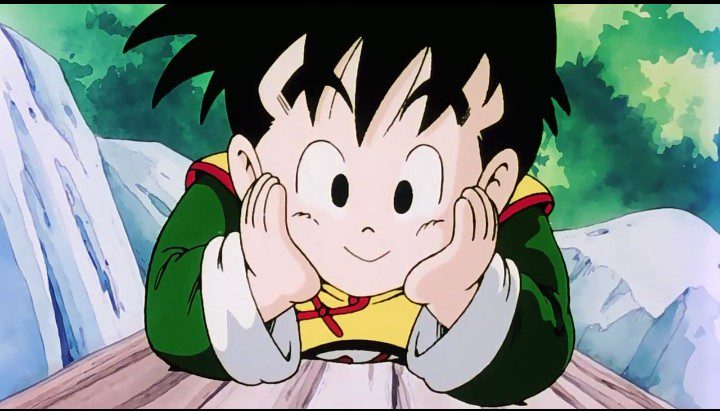 Later, during the Buu Arc, we saw Gohan’s full potential when he was given training by Elder Kai. As a result, he acquired the Mystic form, which allowed him to reach new heights than the average Super Saiyan. By the time of the Dragon Ball Super Arc, Gohan was now a father and had left fighting to be a responsible individual.

In the end, peace wasn’t an option as Frieza was resurrected to bring havoc on Earth once more. After facing defeat and being saved by his father, Gohan realized that peace wouldn’t last forever, so he donned that uniform again and began training for battle. The fact that he made decisive decisions in second was what made him the captain of the Universe 7 team during the Tournament of Power. Gohan sacrificed himself so that Dyspo, who was from Universe 11, would also be eliminated.

1. “I know your kind. You think you can just walk in and take our planet. But you forgot one thing…I’m my father’s son!”

Unlike his father, Gohan does not enjoy fighting and prefers to do so only when it is necessary to defend his loved ones. 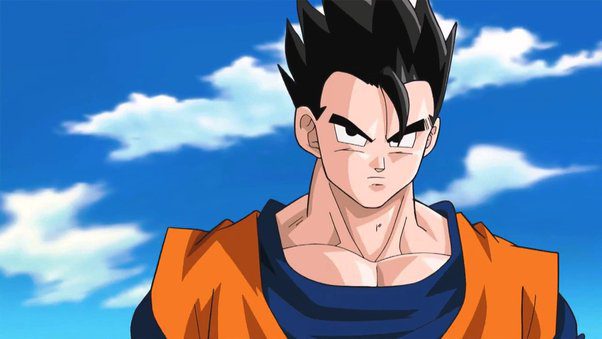 Nonetheless, Gohan spends much of his life fighting alongside the Z Fighters in defense of Earth. At the end of Dragon Ball Z, he settles down with a family and chooses the life of a scholar instead.

During the battle with Raditz, Gohan employs this attack. When Gohan hears his father’s screams of pain as a result of Raditz, he explodes with rage and breaks free from Raditz’s space pod, where he was trapped in. 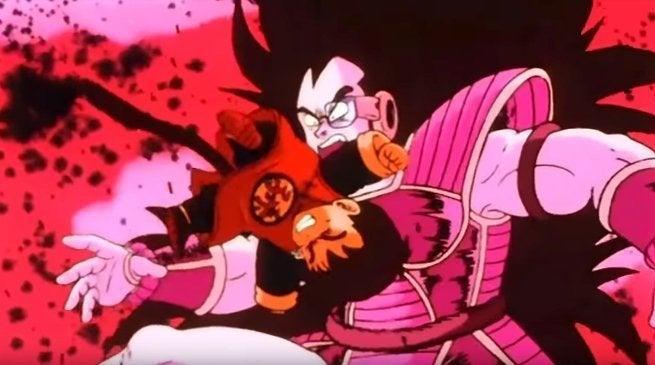 Raditz is even more surprised when he discovers on his scouter that Gohan’s power level is 1,307, which is higher than Goku’s or Piccolo’s. With the “Leave My Daddy Alone!” rush, Gohan angrily charges at Raditz, breaking the chest area of his Battle Armor and seriously injuring him while forcing him backward.

When Gohan lands in the middle of the road, the guys in the car come to a halt and begin yelling at him, asking him who he thinks he is. After some deliberation, Gohan refers to himself as “The Great Saiyaman.” The two men burst out laughing and called it a stupid name. 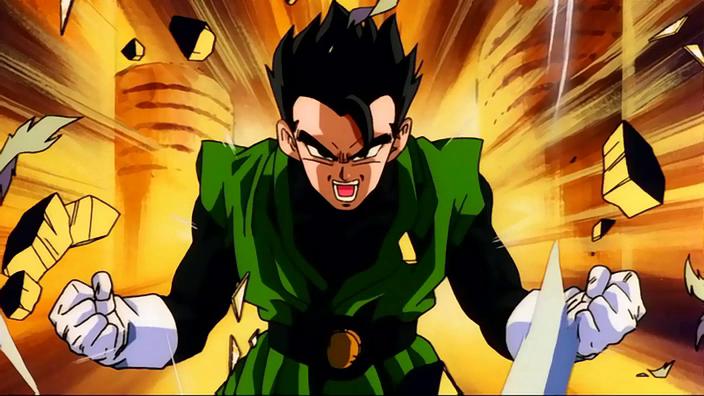 Gohan becomes enraged and begins pounding his foot on the ground, causing a large crack in the ground. Scared, they quickly recant and say that it is a cool name. Gohan returns home, where he practices changing into and out of Great Saiyaman.

Krillin developed a crush on Android 18 even though she was an Android. The fact that Android 18 saved Krillin’s life and kissed him is what started their entire relationship. 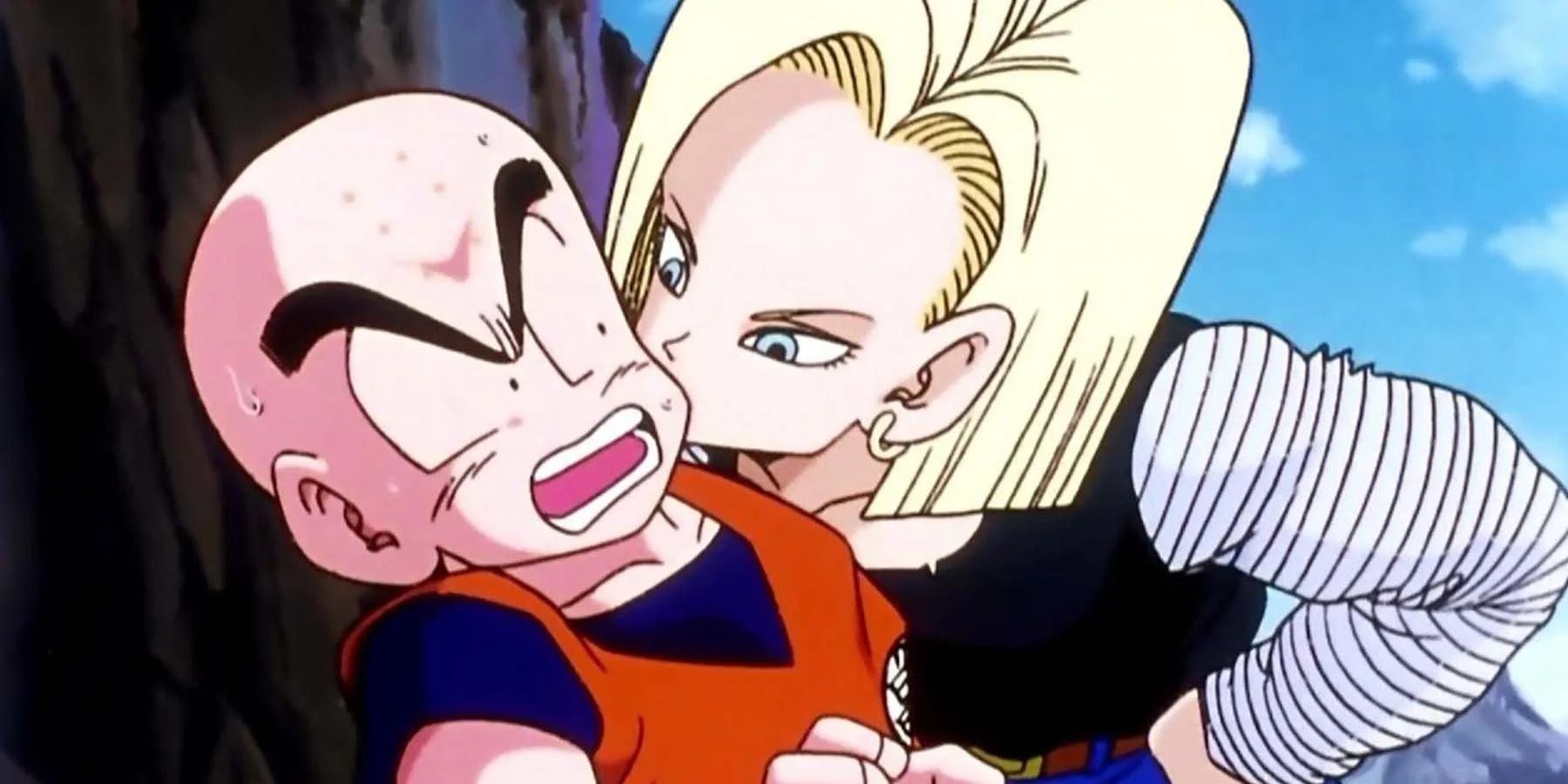 Gohan returns to face Buu after training with the Supreme Kai. The belief he has in himself is admirable. I can’t believe this is the same Gohan from before… he says he’s going to kill him, which is never heard him say before. 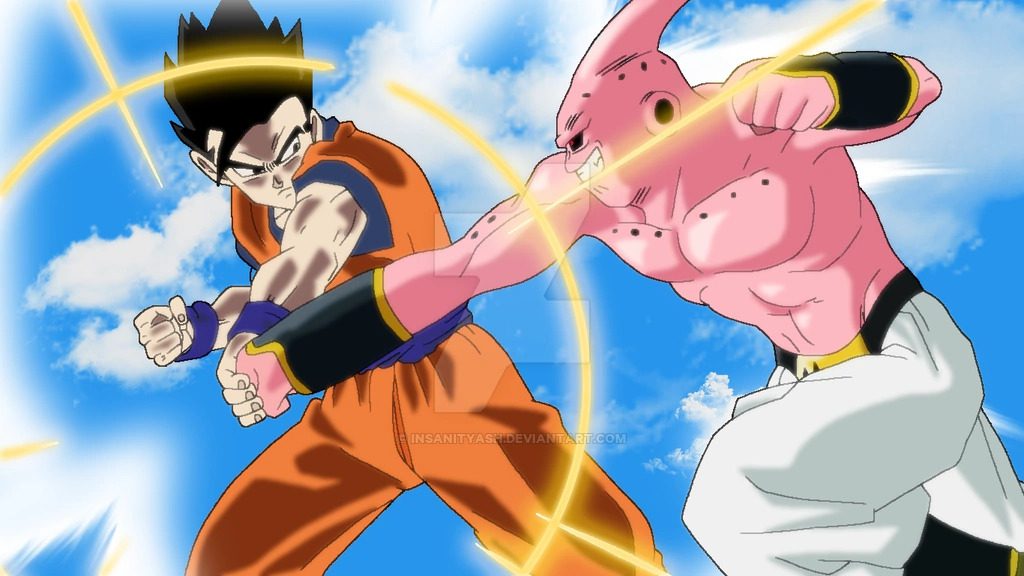 6. “Will you retrain me? This battle taught me a valuable lesson: to protect those who are important to me, I must become increasingly powerful.”

Gohan realizes how frail he has become since he stopped training to be a scholar to raise his family. He requests that his mentor retrain him because if Goku dies in the future (which is his favorite thing to do), Gohan will have to step up to protect his friends and family. 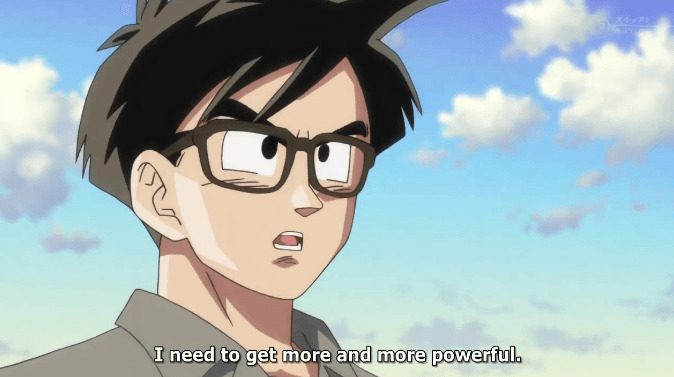 Also Read Dragon Ball Characters: How They Looked Then Vs Now!

Angry and feeling useless, Gohan wants to go and help his mentor. Despite Goku’s orders to stay and train, he is not happy that his friends are fighting Cell while he does nothing to stop it. He thinks it might be better to go help his friends at this point since training is useless if they are in danger, although Goku thinks otherwise.

8. “What are you so afraid of, Cell? Isn’t this what you wanted? I warned you. I told you what would happen if you pushed me too far. But you didn’t listen. You forced me to awaken my hidden power, and now that you’ve seen it, you’re afraid…because you know I’m going to destroy you”.

After Gohan unlocks Super Saiyan 2 from Cell’s attack, he’s a different person. You can see it in his eyes, posture, and the way he looks at Cell that he’s become so badass it’s unbelievable. 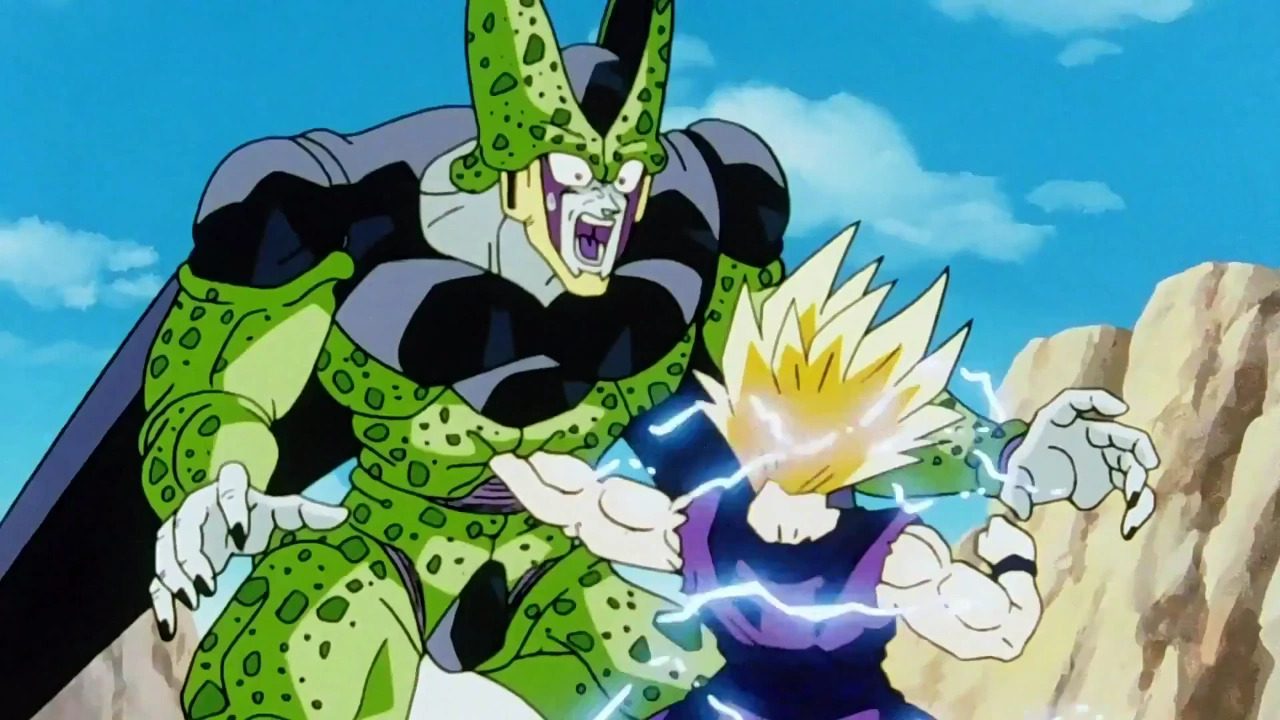 Cell forced Gohan not to know about this, and now he is fearful of the power he has discovered. Never underestimate your enemy, no matter how young they may be.

9. “I’m tougher than Gotenks and smarter than Piccolo. So I guess the only thing you have to worry about is if I’m stronger than you”

It shows how much he has matured and grown in this series. He shows how self-assured and confident he is fighting with ease. I like this Gohan, and this was just the culmination of his growth. Every arc, he became more badass, and this was great! 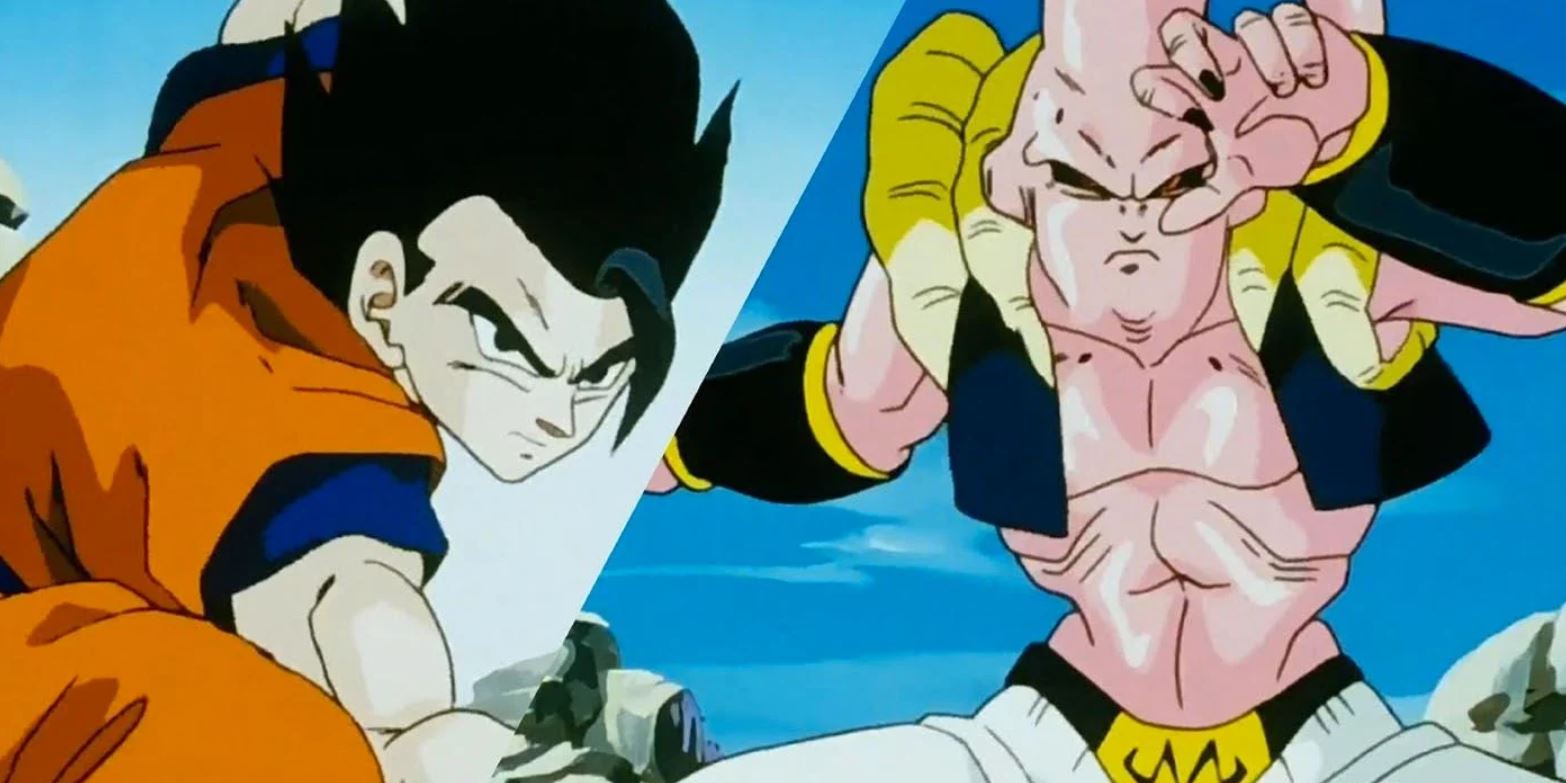 10. “Look. I’m giving you a chance to end this without violence. I don’t want to kill you. Even if you are evil, you can still walk away. I’m not interested in fighting you just for the challenge. My dad is the one who cares about that stuff”

The fact that Gohan chooses to let the evil Cell go proves that he isn’t like all other Saiyans in that he is a pure-hearted boy who makes no compromises. He is showing mercy to his enemy in the end, as they say, like father, like son. The same went for his father showing mercy to Frieza.

Fans can also watch Dragon Ball Super over on Crunchyroll, Adult Swim, and Hulu. The vast majority of the Dragon Ball universe is streaming over on Funimation.