Anime Like Miss Kobayashi’s Dragon Maid That You Don’t Want To Miss! 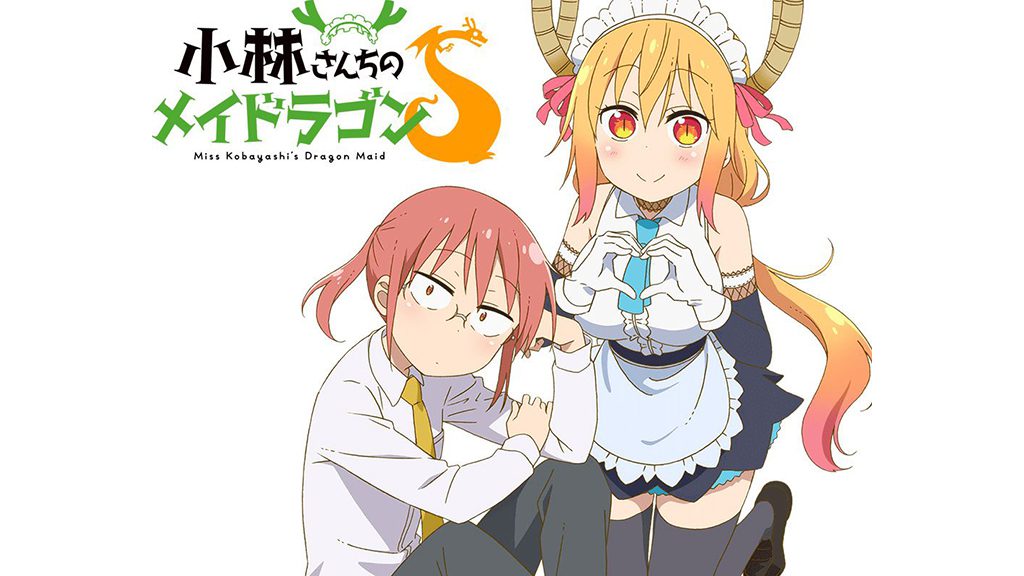 Want to watch an Anime Like Miss Kobayashi’s Dragon Maid? Coolkyousinnjya created this Seinen series, and it began airing on 12 January 2017 and ended after 13 episodes and one OVA on 6 April 2017. In comparison, the manga began serializing in 2016 and still continues. On this long journey of a programmer and her maids, who are actually dragons, Otakus came along with some excellent characters, which hooked us to this series. If you also want to follow ‘Miss Kobayashi’s Dragon Maid,’ then you can watch the anime on Crunchyroll.

The story revolves around a programmer, Kobayashi, who one day comes across a dragon. She removed this dragon by pulling out a holy sword from its back. Thus, the dragon swears its allegiance towards Kobayashi, and the dragon transforms into a human girl in a maid outfit. Since then, the dragon, Tohru, starts living with Kobayashi and works there as a personal maid. She said she was very good at her job at being a maid. However, her ways of doing a job instead of helping create more mess for Kobayashi.

This comedy anime series is Masahiro Anbe’s creation. Squid Girl has two seasons, which aired from 2010 to 2011. Further, the Shonen manga was serialized in Weekly Shōnen Champion from July 2007 to February 2016. Because of the series’ population, three more OVAs also came out. You can visit Crunchyroll to watch ‘Squid Girl’.

The story is about Squid Girl, who is from the ocean and comes to the surface world to take over the lands. Because humans have polluted the oceans, and thus, she vows to take revenge on them. However, after coming to the surface, she destroys a restaurant’s wall while trying to show her powers. However, the restaurant owners, the Aizawa siblings, force the Squid Girl to work there as a waitress to pay for the damage she caused. The story follows these three running the restaurant while Squid Girl makes some delicious squid-ink spaghetti.

Also Read: Anime Like Sirius the Jaeger You Can Watch

There is no doubt ‘Muromi-san’ is an anime like ‘Miss Kobayashi’s Dragon Maid,’ but the mythical creature is not a dragon but a mermaid. This shonen anime began airing on 6 April 2013 and ended after 13 episodes on 29 June 2013. Keiji Najima wrote the manga series, which was serialized from 21 January 2009 to 28 May 2014. If you want to watch this funny shonen anime, then Crunchyroll is the place you need to visit.

The story follows a high schooler, Takurō Mukojima, who loves fishing. One day, he had such magnificent luck that he got a huge catch. Takuro caught a mermaid known as Muromi-san. She is a mermaid who looks like a teenager, but she is ancient. Thus, Takuro and Muromi set on many adventures, and they come across many other legendary beings who always want to eat Takuro at first sight. Without a doubt, this anime is a joyride of laughter, which can cause pain in your stomach.

The Devil Is a Part-Timer!

This comic fantasy began airing on 4 April 2013 and ended after 13 episodes on 27 June 2013. Satoshi Wagahara is the creator of this shonen series, and the manga was serialized in February 2012 and is still ongoing. It became a colossal hit among the otakus, especially among the teenagers, since the first episode. Further, Season 2 of the anime series is under work. The Devil is a Part-Timer is an anime like Miss Kobayashi’s Dragon Maid, and you should watch it. Therefore, you can visit Hulu to watch this fantasy anime series.

Have you ever thought the guy taking your order at McDonald’s is actually the demon king? In this series, the Demon King, after failing to conquer his world, Ente Isla. He escapes to earth along with his commander, Alciel. However, because of the lack of magic power on earth, the two turn into humans. Soon the duo takes on new personalities, Maou Sadao and Shiro Ashiya, to survive in this new world. Maou takes a part-time job at MgRonald’s (You are thinking correctly, it’s a parody of McDonald’s), whereas Ashiya becomes the houseman. The two also come across Hero Emilia, who defeated them in their world, is also living in this world as a simple girl named Emi Yusa. On the journey ahead, the Hero and Devil discover about each other while facing threats from their worlds.

This rom-com harem fantasy of a guy living with some hot but not normal women is a creation of Takemaru Inui under his pen name, Okayado. The manga began serializing on 19 March 2012 and is still ongoing. Because of its success, an anime adaptation comprising twelve episodes aired from 7 July 2015 to 22 September 2015. Watch the hustle of living with some weird but gorgeous women on Hulu or Crunchyroll.

The story revolves around a fantasy Japan where the government announces the existence of mythical creatures like centaurs, mermaids, harpies, and lamias. Thus, the government comes up with a plan where these creatures, also known as liminal, will live with human families, so both species can co-exist. However, a student, Kimihito Kurusu, who didn’t sign for the program to live with liminal comes across a shy lamia, Mia. She was supposed to be with some other family, but due to officer Kuroko Smith’s mistake, she ends up with Kimihito, who couldn’t ignore her. Soon more liminals live with him, and all develop feelings for him. With the government wanting to experiment with a marriage between a human and liminal. Kimihito’s housemates get into a love rivalry to win Kimihito’s heart.

I Can’t Understand What My Husband Is Saying

Who says a normal girl falling for an otaku is a myth? This comic story about a married couple is written by Coolkyousinnjya. If you are a fan of comedy anime series like “Miss Kobayashi’s Dragon Maid,” then you would enjoy this masterpiece. The anime series began airing on 3 October 2014, and after two seasons, it ends on 25 June 2015. If you want to watch this hilarious anime, then visit Crunchyroll.

The story is about a married couple, Kaoru, who is a salary woman, whereas her husband, Hajime, is an otaku and also a blogger. Kaoru, being a simple girl, has a hard time trying to understand her husband’s obsession with action figures and anime. Throughout the series we see the couple going through many comedic experiences and also some tough challenges, which they overcome. It is a must-watch anime because it’s short, funny, and a feel-good anime.

If you think having a dragon as a maid is weird, then imagine one day a powerful psychic girl arrives and becomes your daughter. Then you should watch Hinamatsuri on Netflix or Crunchyroll. Masato Otake created this seinen series, the manga serialized from 2010 to 2020. Further, an anime adaptation series aired from 6 April 2018, to 22 June 2018, comprising 12 episodes.

The story revolves around a yakuza member, Yoshifumi Nitta, who enjoys his criminal and luxurious life. However, his life gets chaotic when a young girl from the future drops on his head. The girl possessed supreme psychokinetic powers, and she doesn’t have any memory other than her name, Hina. She also says that not using her powers can lead to an explosion. It seems Nitta met a dangerous teen. After some fateful events, Nitta ends up being her adoptive father and how she brings chaos to his personal and professional life. If you want to watch some funny anime like “Miss Kobayashi’s Dragon Maid” then you should give a trial to “Hinamatsuri”.

Chris Crocker Net Worth: How Rich Is The Internet Celebrity?

Rasheeda Boyfriend: Who is the Rapper Dating in 2021?