2021 broke the announcement of one of the most popular anime adaptations of a manga from Kodansha that several fans had been waiting for. Blue Lock, the anime in question, is based on the manga by Muneyuki Kaneshiro and illustrated by Yusuke Nomura. The manga was published by Kodansha and it was serialised in the Weekly Shonen Magazine. It was launched in August of 2018 and has since been ongoing. At the time of writing, the manga has been compiled into 14 volumes. Hearing the Blue Lock anime announced brought several positive responses from its fans. Fans are very hyped about the show and are also waiting for its release with anticipation.

The Blue Lock anime has a nice plot. But what’s even more interesting are the different characters that are introduced over the panels. Blue Lock is a sports anime whose central sport is soccer. The manga has long been famous not only for its good plot but also for its amazing art style. Much like usual sports anime, Blue Lock deals with development, twists, and obstacles. With the Blue Lock anime announced, there’s still a lot to look forward to. The anime has the potential to rise up high so let’s hope it’s animation lives up to our expectations.

Here is everything we know about the upcoming anime so far

The Japanese Football Association hires Jinpachi Ego, an enigmatic coach to create a team that can win the World Cup. To fulfil the said dream, Jinpaichi introduces the Blue Lock, a facility where he wishes to have all the best strikers facing each other. The last person standing will receive the position of the striker in the team that he is forming. Yet, there’s another condition for all those who do not become the striker. They will be banned from ever joining the team.

Our protagonist is Yoich Isagi, a striker. But he holds a certain amount of hate for himself since he was not able to bring his school soccer team to the nationals. Haunted by regret and the lingering doubts of the ‘What if?’, Yoichi joins the Blue Lock, with big dreams in his mind, to become the greatest striker in the world.

On August 12, 2021, the Big Lock anime was announced. It will be produced by Eight Bit. So far, the creators have not addressed when the anime will be released who will be licensing it for international airing. However, it has been confirmed that the show will premiere sometime in around mid-2022.

A trailer of the upcoming anime was updated on 12 August 2021. The trailer gives a good look at all its characters and gives its fans some high hopes.

The anime has picked some of the best and most talented voice actors to enact their characters. Kazuki Ura is voicing Yoichi Isagi. This is one of Kazuki Ura’s debut roles in the industry. Meguri Bachira is voiced by Tasuku Kaito, another new voice actor. Yuki Ono (Kuroko no Basuke) will voice Rensuke Kunigami and finally, Saito Soma (Moriarty the Patriot) will voice Hyoma Chigiri.

Further cast members have yet to be announced.

Also Read: Fumiya Tomozaki: Who Does Tomozaki End Up With?

The Blue Lock anime is directed by Tetsuaki Watanabe alongside Shunsuke Ishikawa co-directing the show. The screenplay of the anime is composed by Taku Kishimoto under the strict supervision of the original creators of the manga, Maneyuki Kineshiro and Yutaka Uemura acts as the concept advisor. Masaru Shindo is drafting the main character designs and also acts as the chief animation director. Other characters are drafted by Kenji Tanabe and Kento Toya.

A lot of details are yet to be updated about the anime. Since the anime is scheduled for a 2022 release, we doubt these details will be updated soon. It might be a while before Eight Bit releases all these details. As curious fans wait, you can always check out the source manga from legal sources like izneo. 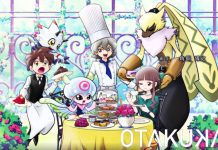 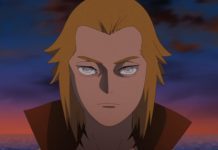 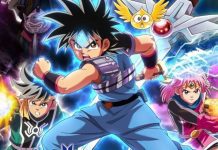