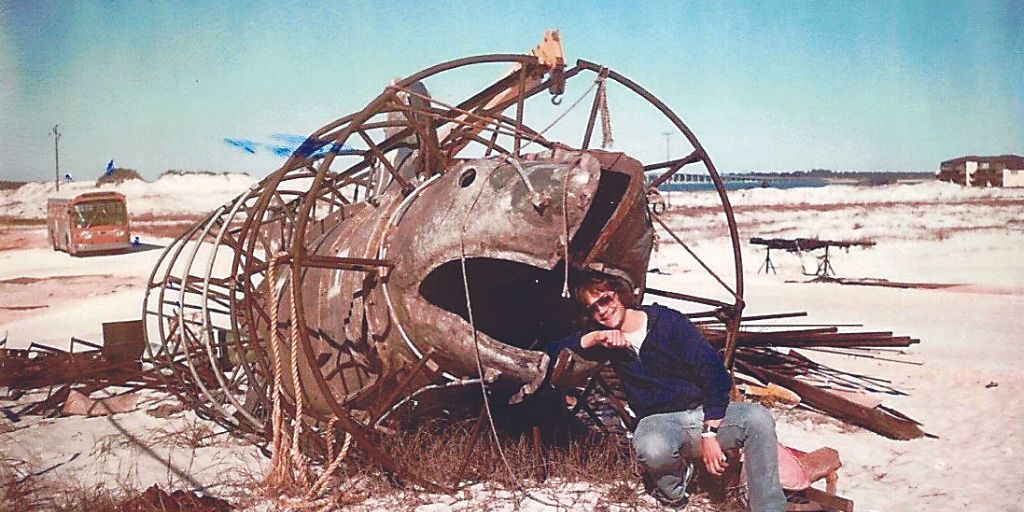 Here are Jaws 2 Filming Locations, Then And Now. The 1978 American thriller movie Jaws 2 was written and co-authored by Carl Gottlieb and directed by Jeannot Szwarc. It is the follow-up to the second entry in the Jaws franchise from Steven Spielberg. Roy Scheider plays Police Chief Martin Brody in the movie, and Lorraine Gary and Murray Hamilton return as Martin’s wife, Ellen Brody, and Mayor Larry Vaughn, respectively. In addition, it has Keith Gordon, who is appearing in his first feature-length role, Joseph Mascolo, Jeffrey Kramer, Collin Wilcox, Ann Dusenberry, Mark Gruner, Susan French, Barry Coe, Donna Wilkes, and Gary Springer.

Before Rocky II’s 1979 debut, Jaws 2 held the record for a brief period for the highest-grossing sequel in history. One of the most well-known taglines in movie history, “Just when you thought it was safe to go back in the water,” from the movie has been both ridiculed and honored numerous times.

Here are Jaws 2 Filming Locations. Filming locations for Jaws 2 included Edgartown, MA; Destin; Pensacola; and Navarre Beach, FL. The buildings in the original shot of the movie Brody Rushes to Ferry, which was filmed at 53 Dock Street in Edgartown, Massachusetts, Chappy Ferry, have been demolished. After Brody exits the ship, he suddenly arrives at the historic Holidome Holiday Inn in Florida, which Hurricane Ivan tragically destroyed in 2004. This hotel is now known as the Amity Shores Holiday Inn. 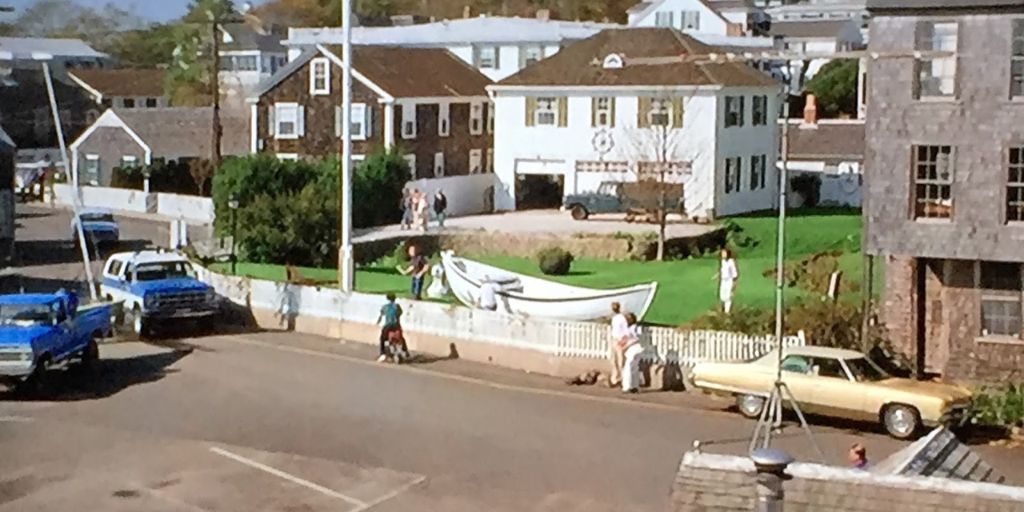 The majority of “Jaws” was filmed in Martha’s Vineyard. The filmmakers chose a different real-world location for “Jaws 2,” though it takes place in the same fictional area as the first film. The remainder of the movie was filmed in the Florida Panhandle’s Emerald Coast area, east of Pensacola. Navarre Beach and the neighboring cities of Destin and Okaloosa Island served as the backdrop for most of the outdoor scenes in “Jaws 2.”  The Hog’s Breath Saloon on Okaloosa Island, which has since moved to Destin, is where the scenes involving the teen hangout were shot. The only place in “Jaws 2” that was wholly made up is “Cable Junction.”

Over the years, many of the film’s settings have seen significant modification. There is no longer a Captain Dave’s on the Destin Harbor. Now a SpringHill Suites, the Holiday Inn on Navarre Beach was formerly that. When “Jaws 2” was filmed, Destin didn’t even exist as a city. Only the “Village of Destin” existed. Anderson admitted that although he doesn’t watch the movie much, he does want to see the Emerald Coast captured in time. These were the Jaws 2 Filming Locations. 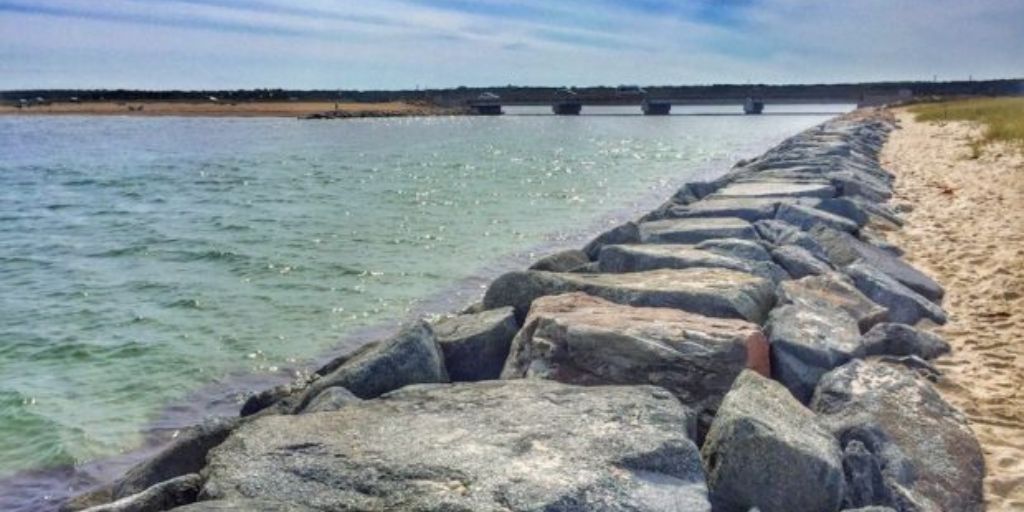 Like “Jaws,” “Jaws 2” has a fairly straightforward story. Martin Brody, the town’s police chief, is once again tasked with stopping the threat as a new great white shark begins to threaten Amity, New York. The locals don’t believe Brody until it’s almost too late, just like the last time a shark attacked Amity. Like last time, Brody takes matters into his own hands and hunts the shark down when it threatens his children. 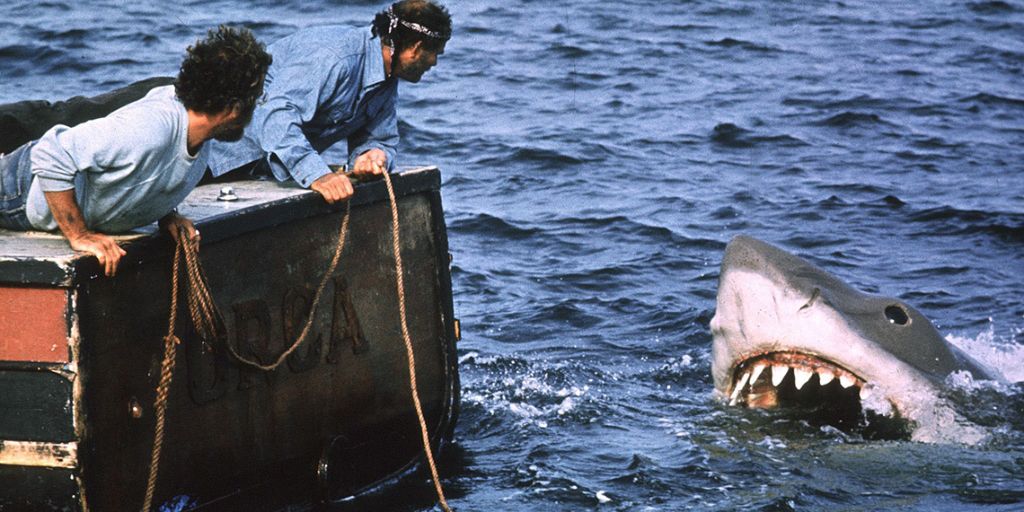 Mike alerts Brody of the danger when he discovers him, and then Brody sends Mike to safety. At Cable Junction, Brody finds the other people. As a result of the applause and jumping that follow, the shark attacks once more, prompting Brody to maroon the police boat. Instead of hooking a winch to draw them in, he uses an underwater power wire. Most of the adolescents are thrown into the sea as the shark strikes the boat wreckage, and they swim to Cable Junction’s edge. Brody taps the power cord with an oar, using an inflatable raft to entice the shark to approach him. After biting the cable, the shark gets electrocuted. Brody recovers Sean and Jackie and joins the others on Cable Junction while they wait for help.

Also Read: Where Was Jaws 3 Filmed? All The Locations