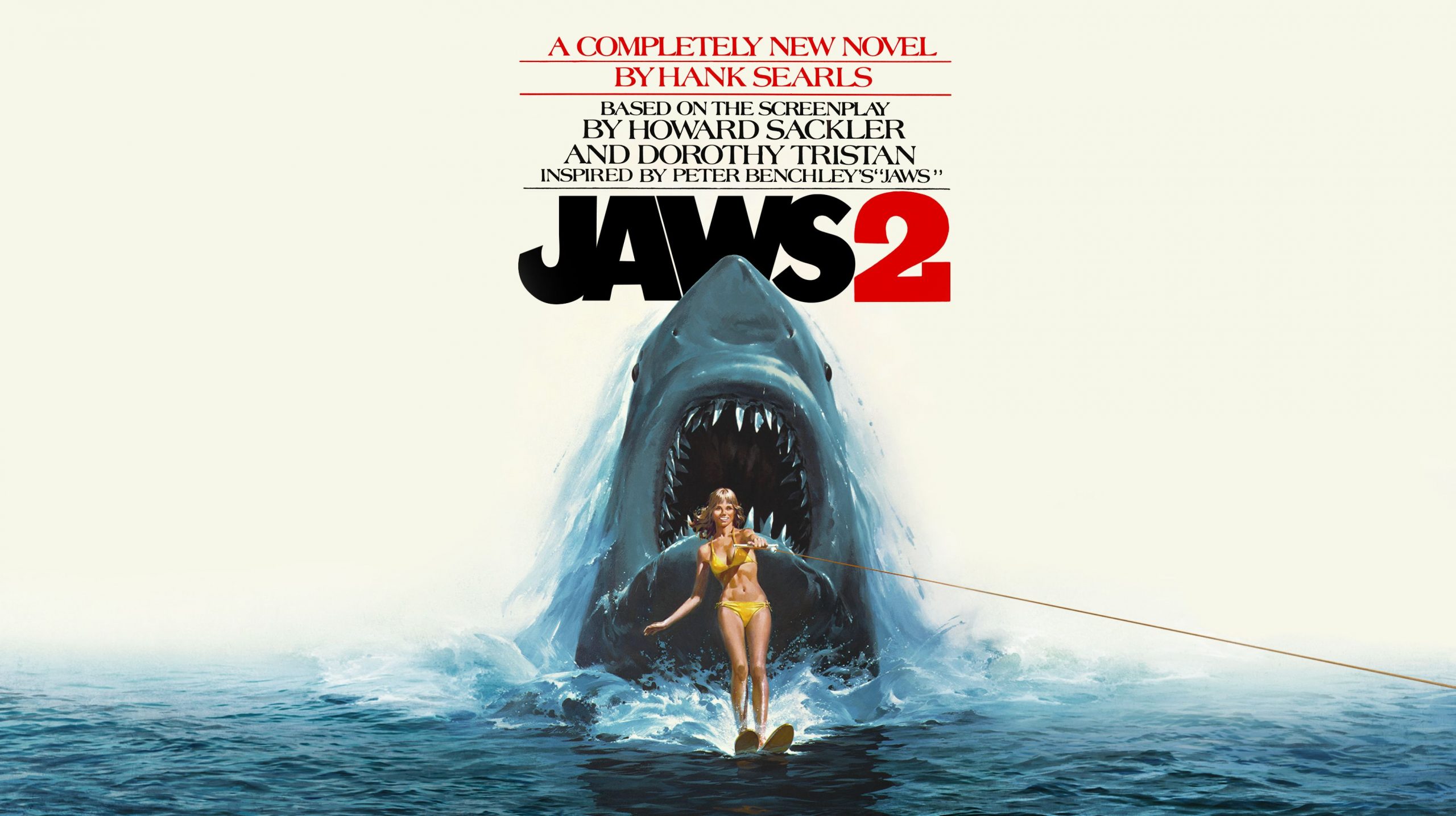 In 1978, the American thriller Jaws 2 premiered. The film was directed by Jeannot Szwarc and co-written by Carl Gottlieb. The film is a sequel to Steven Spielberg’s Jaw. It is the second installment in the Jaws series. The film features Roy Scheider as Police Chief Martin Brody. While Lorraine Gary and Murray Hamilton return as Ellen Brody and Larry Vaughn. Ellen was Martin’s wife, while Larry was the mayor. In addition to Joseph Mascolo, Jeffrey Kramer, and Collin Wilcox, the film has a host of other actors. It is the story of Chief Brody’s suspicions that another great white shark is terrorizing Amity Island. A number of incidents and disappearances happen. He is eventually proved to be right about his suspicions.

Until Rocky II debuted in 1979, Jaws 2 was the highest-grossing sequel in history. In film history, the tagline, “Just when you thought it was safe to go back in the water…” has become a legendary line. A number of parodies and homages have been made about it. There were mixed reviews for the movie. Afterward, Jaws 3D was released in 1983. In 1987, the sequel Jaws: The Revenge was released. Jaws 2 was also troubled in production, as was the original film. Film’s first director, John D. Hancock, wasn’t suitable for a film about action. He was replaced by Szwarc. The actor only reprised his role to resolve a contractual dispute with Universal. Nevertheless, he expressed dissatisfaction during production. He then got into an argument with them. 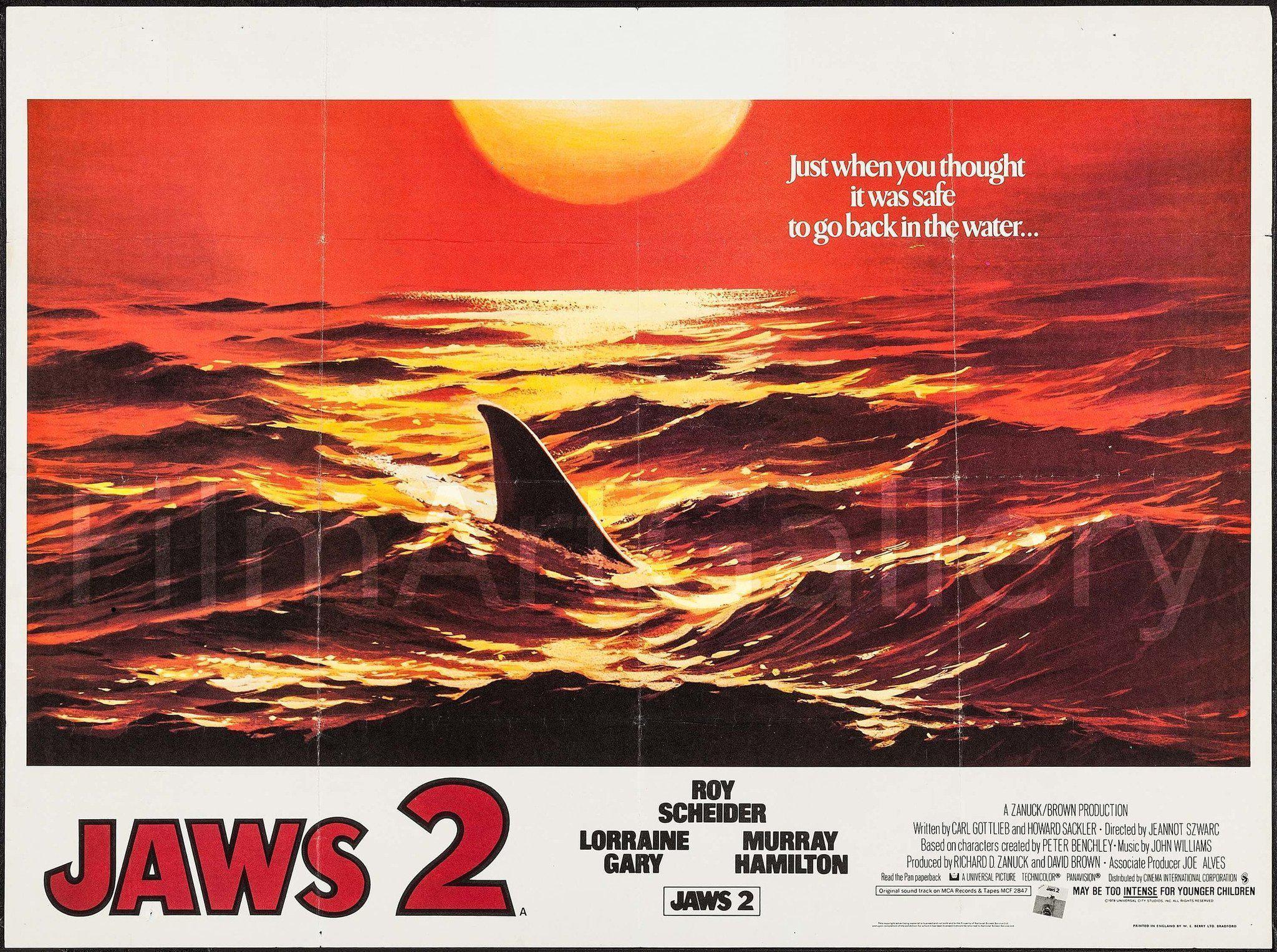 Where Was Jaws 2 Filmed

There has always been something different about Jaw 2. It has many sequels in which sharks play a prominent role. The film has always been popular with the audience. In comparison with other movies, the storyline of this film was quite different. The movie’s fans are therefore more interested in it. A movie with a big fan base is always a subject of many questions. Several moviegoers have expressed an interest in the setting and location of this film. Many people are curious about Where Was Jaws 2 Filmed. How real are these places? Is it possible for us to go there? As well as many other similar questions.

In the case of Jaws 2, many different locations have been used to film the movie. A variety of locations are used while shooting. However, Navarre Beach in Florida was where most of the shooting took place. The location was chosen because of its warm climate. Additionally, the platform was situated in water that was the appropriate depth for sharks. From August 1, 1977, until December 22, 1977, this location was used by the company. In addition to hiring local boaters and extras, the production helped boost the local economy.

A cast of actors, directors, producers and their spouses were present at the location. Along with housing, food, and clothing for the cast and crew. The film’s headquarters were at Navarre’s Holiday Inn “Holidome”. A part of the ground floor was converted into a production office. In addition, some of the Gulf-front suites were renovated for David Brown and Roy Scheider. In all, Universal spent $1 million renting 100 rooms in the hotel. 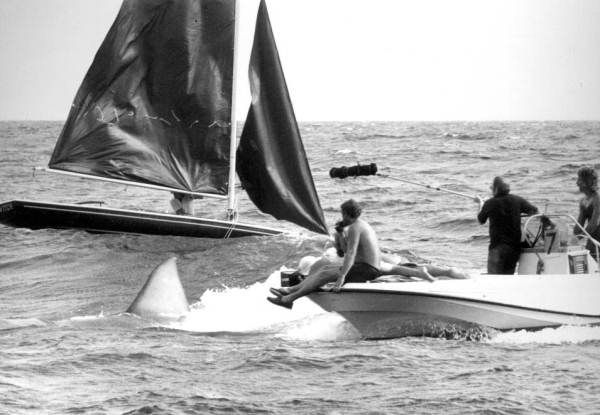 During the filming of Jaw 2, Navarre Beach in Florida

Other Locations That Were Used

The town scenes were again filmed on Martha’s Vineyard. It is an island situated south of Cape Cod in Massachusetts in North America. Known for its summer colonies, it is a popular summer destination. Some scenes from Emerald Coast appear in this film as well. There was some concern about privacy when the movie decided to film in these areas. Although the company brought money to many islanders, they welcomed it. While many residents had a lot of fun playing extras. Film crews, however, were not appreciated by everyone and some refused to cooperate.

The Cable Junction Island set, which was anchored on a barge, broke free of its anchorage once and had to be rescued. One night, Szwarc was contacted and told that his island was drifting toward Cuba. Also, the teen actors were surrounded by hammerhead sharks while filming a shot. On Okaloosa Island, the Hog’s Breath Saloon was used as the original location for the shoot of the teen hang-out where they play pinball. Jaws 2 cost $30 million to produce, more than three times as much as the original. An average day’s production of that movie costs about $80,000.

Also Read:  Keemokazi Net Worth: How Much Does This Tiktoker Earn?