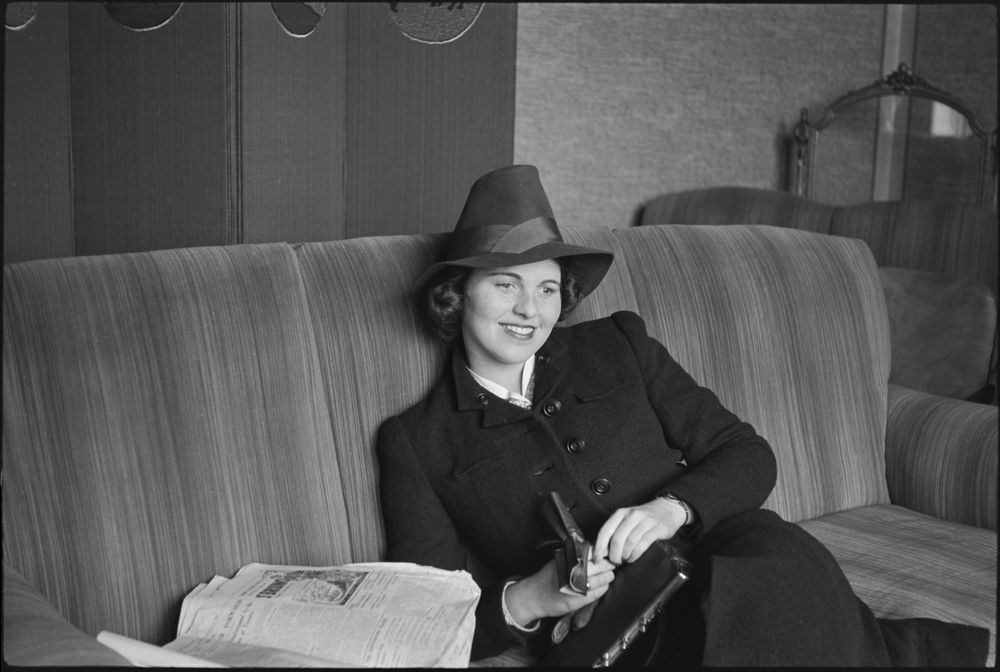 Joe Kennedy Sr., John F. Kennedy’s father, was a well-known entrepreneur in Boston, and Rose Kennedy, his spouse, was a well-known humanitarian and socialite in their community. Three of their nine children, who they had together, became politicians. Most of the time, they led public lives, they were what one would call the Royal Family of America.

But not, some things they did were kept under shrouds for many decades, like Rosemary Kennedy, The former president’s sister. Rose Marie Kennedy was conceived in Brookline, Massachusetts, on September 13, 1918, at her family house. She was the Kennedys’ first daughter, born third and named Rosemary or Rosie after her mother.

Due to the Spanish influenza pandemic breakout that occurred during the delivery of Rose Kennedy, the doctor was delayed in arriving. As a result, the nurse instructed Rose Kennedy to hold her knees together, which resulted in the baby’s head being compelled to remain within the birth canal for over two hours.

The action caused a dangerous loss of oxygen. Rosemary’s parents discovered she wasn’t hitting the fundamental developmental milestones that a newborn or toddler should at a specific month or year. She struggled to sit up, crawl, and walk at age two. To an affluent like the Kennedys, this appeared as a black spot on their picture-perfect lives. Rose Kennedy (center), with daughters Kathleen and Rosemary (right), presented in London on May 11, 1938.

Also Read: The Disappearance Of Johnny Gosch: Where Did He Go?

With her mother’s mop of black hair and her father’s easy grin, she appeared to be just another Kennedy from the outside. She was not as active as her elder brothers, Jack and Joe Jr. She had academic difficulties. Rosemary’s problems grew unavoidable, and years later, while attempting to grasp her daughter’s challenges, Rose sought the opinion of specialists who gave diagnoses of “genetic accident,” “mental disabilities,” and “uterine mishaps.”

Rose Kennedy kept it a secret from her acquaintances, who assumed that her daughter was developing normally, with all relatives but for close family unaware of Rosemary’s alleged limited mental capacity. Rosemary Kennedy struggled to learn reading and writing despite tutoring.

Rosemary was frequently left behind in the rapidly increasing home of raucous, competing Kennedys. Rosemary was enraged and perplexed after seeing her siblings and brothers leave without her. She experienced “fits,” which may have been epileptic fits or spells of mental instability. She was taken to an intellectually handicapped boarding school in Pennsylvania when she was 11.

Subsequently, in 1928, her father was appointed an ambassador to England’s Court of St. James. The entire family relocated across the Atlantic, and the British public soon saw them at court. Rosemary attended the event in London despite her cerebral limitations, which caused her to trip. Since her condition remained unknown to the public, it was taken as a mere accident. More and more of her reality was being shadowed into secrets.

Rosemary gained peace in England while attending a convent run by nuns. Rosemary was growing under their supervision as they taught her to be a teacher’s assistant. Sadly, this situation would not last for very long. Because when the Nazis invaded Paris in 1940, the Kennedy family was compelled to return to their homeland, so Rosemary’s schooling was neglected. Rose put Rosemary in a convent once she returned to the United States, but it is said that it would not make the same great impact the Catholic school in England did.

Joe was also preparing his two oldest sons for political careers. Due to their concerns that Rosemary’s actions would in the future reflect poorly on the family as a whole, Rose and Joe enthusiastically looked for anything that could assist her. They thought Dr. Walter Freeman had the answer to their dilemma.

Along with his associate Dr. James Watts, Freeman had been researching a brain therapy that claimed to rehabilitate people with mental and physical disorders. That surgery was lobotomy, a disputed treatment. Joe didn’t need much convincing to allow Rosemary to have the lobotomy in 1941, despite the scary tales surrounding it, since it appeared to be the Kennedy family’s only remaining opportunity for her to be “cured.” Rosemary was not asked if she wanted it.

Two holes were carved in her skull during the treatment in George Washington University Hospital, via which little metallic skewers were introduced. The part before the frontal cortex’s connection to the remainder of the brain was severed using the spatulas. Rosemary was conscious during the procedure, actively communicating with her physicians and even reading poetry to her caregivers. When she stopped communicating with them, the medical personnel understood the surgery was completed. 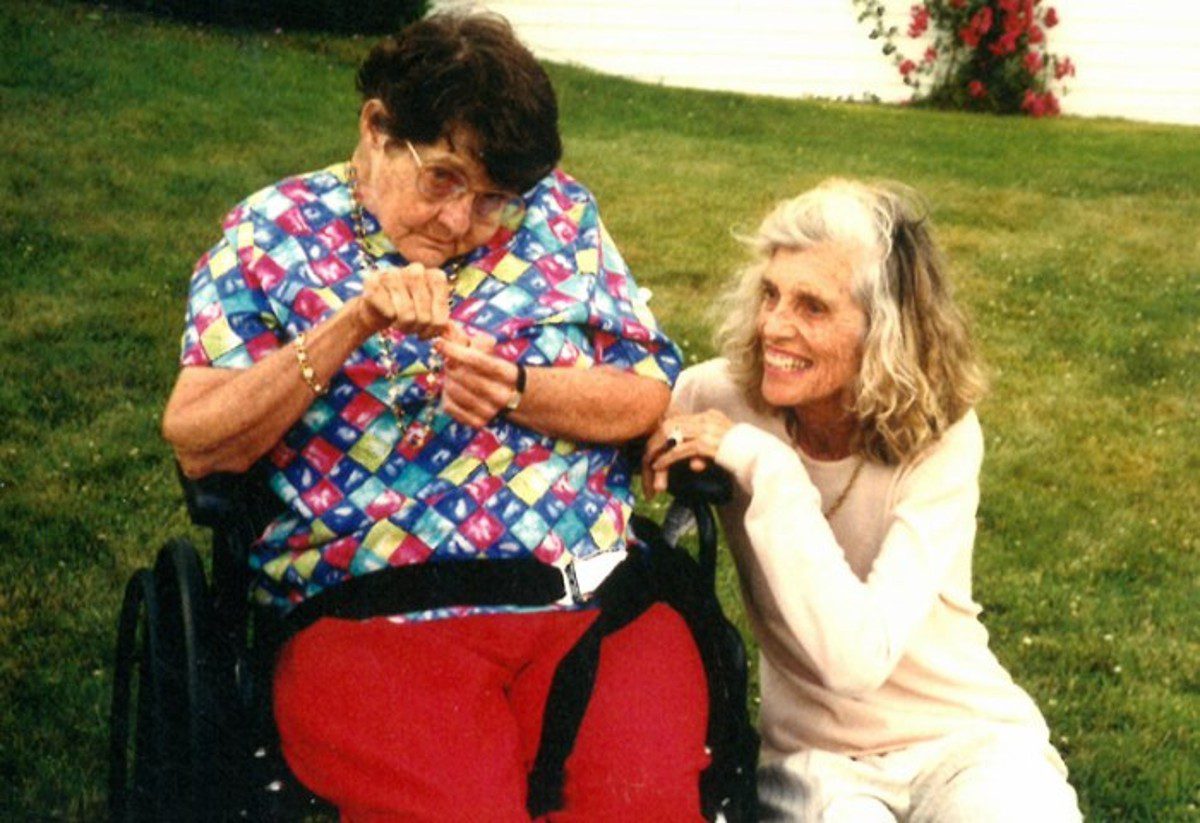 Rosemary Kennedy (left) after the lobotomy

Aftermath And The End Of Days

During the 20 years, she was locked up in the facility, her relatives did not visit her. Rose traveled to meet her daughter for the first time since Joe had a terrible attack. It was not till years later her truth was going to be revealed through her siblings. Unable to find any way to communicate her feelings, Rosemary assaulted her mother at the reconciliation in a terrified frenzy. The Kennedy family finally understood how they had broken Rosemary. They quickly became advocates for the rights of handicapped persons in America.

John F. Kennedy signed the amendment to the Social Security Act by adding clauses on mental retardation and maternal child health as president. Ted Kennedy brought about the Disabilities Act as the senator and Rosemary’s sister, Eunice, in 1962 initiated the Special Olympics. Rosemary Kennedy spent the remainder of her life at a nursing home called Saint Coletta’s in Wisconsin, till her demise in 2005, after her family’s reunion. She passed away at the age of 86.

Also Read: Yuba County Five: The Boys And The Montego