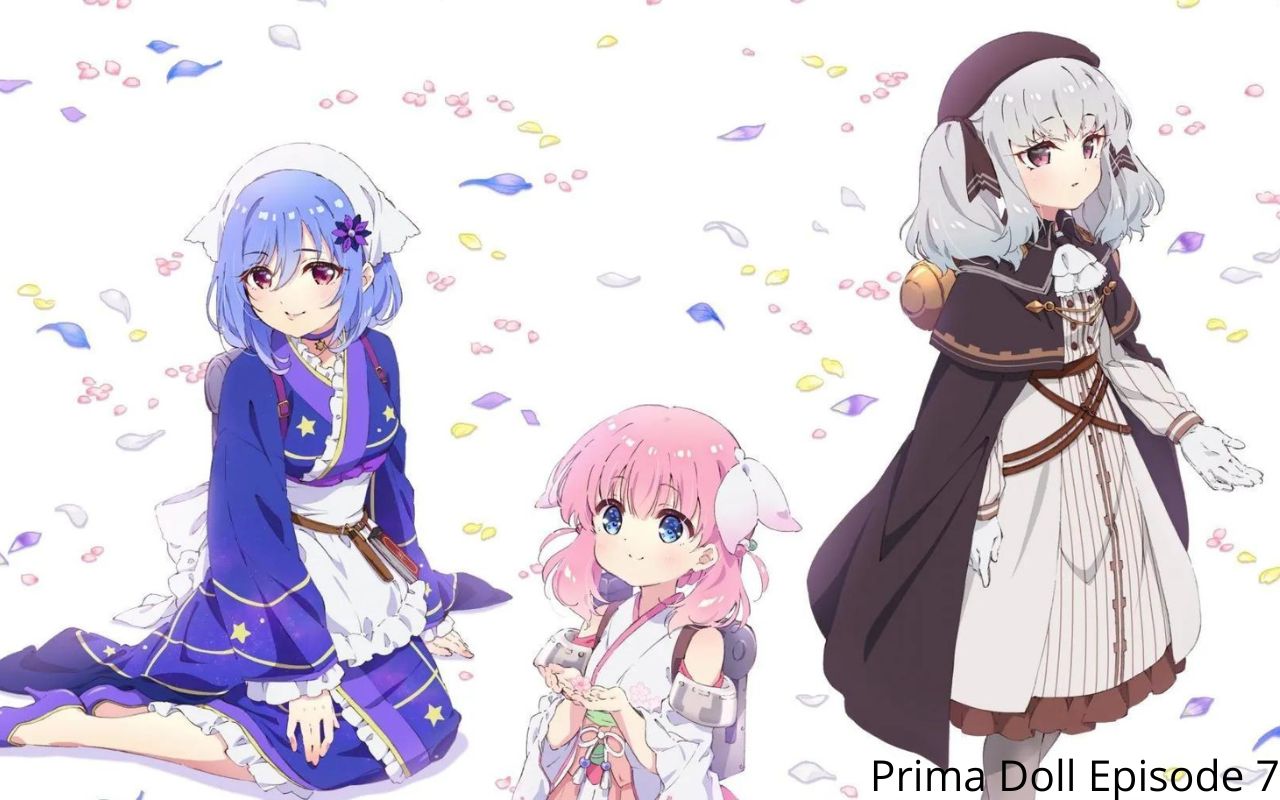 When the world was at war, in chaos, and in despair, engineers manufactured mechanical dolls of destruction, also known as automata. The military used Automata’s for various purposes like spying on other nations’ armies, as warheads, and many more. But now, when the war is over, automata are reset to find their place in the new peaceful society. Prima Doll is the story of the transition phase of some of the automata dolls to the new world.

Haizakura finds herself in a new world with all her memory gone. She was in the Kuronekotei cafe’s basement when she woke up. She found a new purpose in her life at the Kuronekotei cafe, serving the residents to the best of her abilities. She wasn’t the only or the first automata working there. Karasuba, Gekka, and Houkiboshi were her first senior subordinates. They taught her how to do various daily tasks in the cafe. Haizakura was not good with this kind of stuff, but seeing her trying otherwise, makes it even more fun. 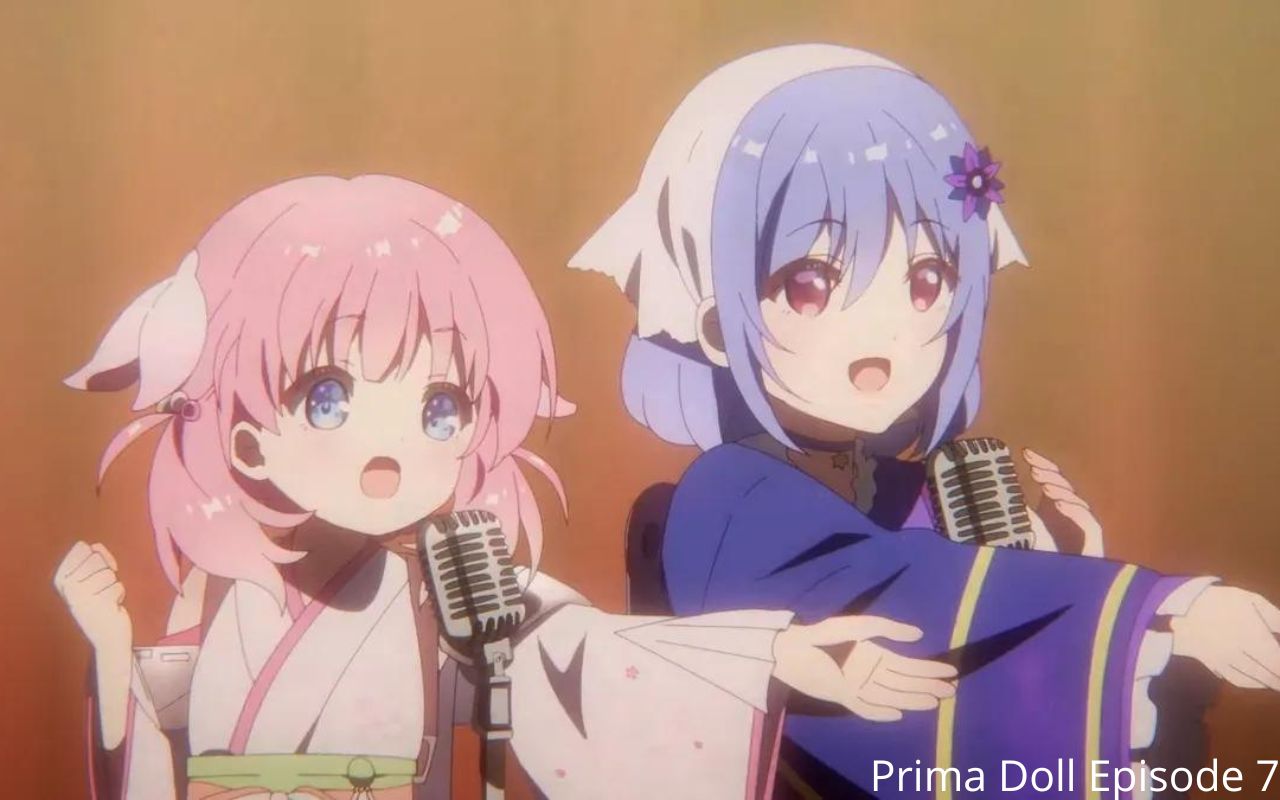 A cute little girl Chiyo joined the group who was not an automata but loved to work with one. Her big sister was also an automaton who never returned from the war. Chiyo loved her very much and wanted to see her once again. Haizakura repaired Chiyo’s big sister, and they meet her once again. The story of Prima Doll is full of joy, love, and funny moments. All of that with some mysteries from the past and real-time action.

In the last episode, we get the introduction of Retzel. She is also a automata and previously worked for an enemy nation. Engineers reset her memory, and everyone believes she is good to serve in the Kuronekotei cafe. Haizakura is Retzel’s caretaker. She teaches her various tasks that they perform and duties. Retzel was extraordinarily good at everything. She is what we call a perfectionist. But nothing doesn’t add up Karasuba had her suspicions. Haizakura and Retzel got a shared room for the night, and Haizakura found some suspicious things in her bag. 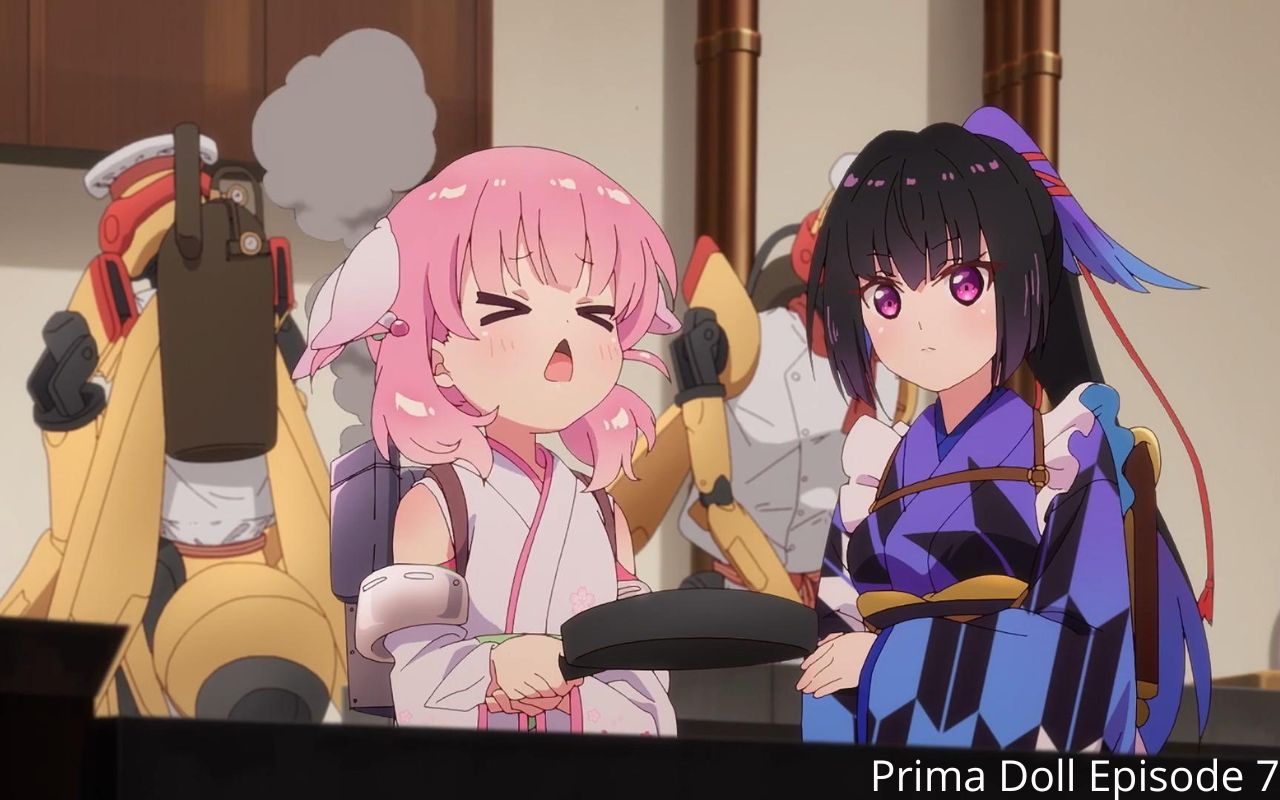 All kinds of knives! Retzel memories are not gone. She thinks of herself as a spy agent who infiltrated the enemy territory. Even though the war ended long ago, she thinks her mission is to identify and pass the clarified information to their nation. After threatening Haizakura many times, she tried to contact her headquarters. No one answered because many years passed till the war ended.

She then started attacking the soldiers and got captured in the process. Engineers again reset her memories without altering her emotions. Now she is good to go and is one of the workers at Kuronekotei cafe.

What to Expect from Prima Doll Episode 7?

Unfortunately, there are no spoilers and post create scenes from the last episode. We can expect one other day of sloppy backing and melodrama. Retzel’s new life will also be something to look forward to in the next episode.

Where to watch Prima Doll Episode 7?

Prima Doll Episode 7 will be available on many Japanese broadcasting channels on August 14, 2022. It will also be available to watch for worldwide users on streaming platforms like Crunchyroll and Funimation.