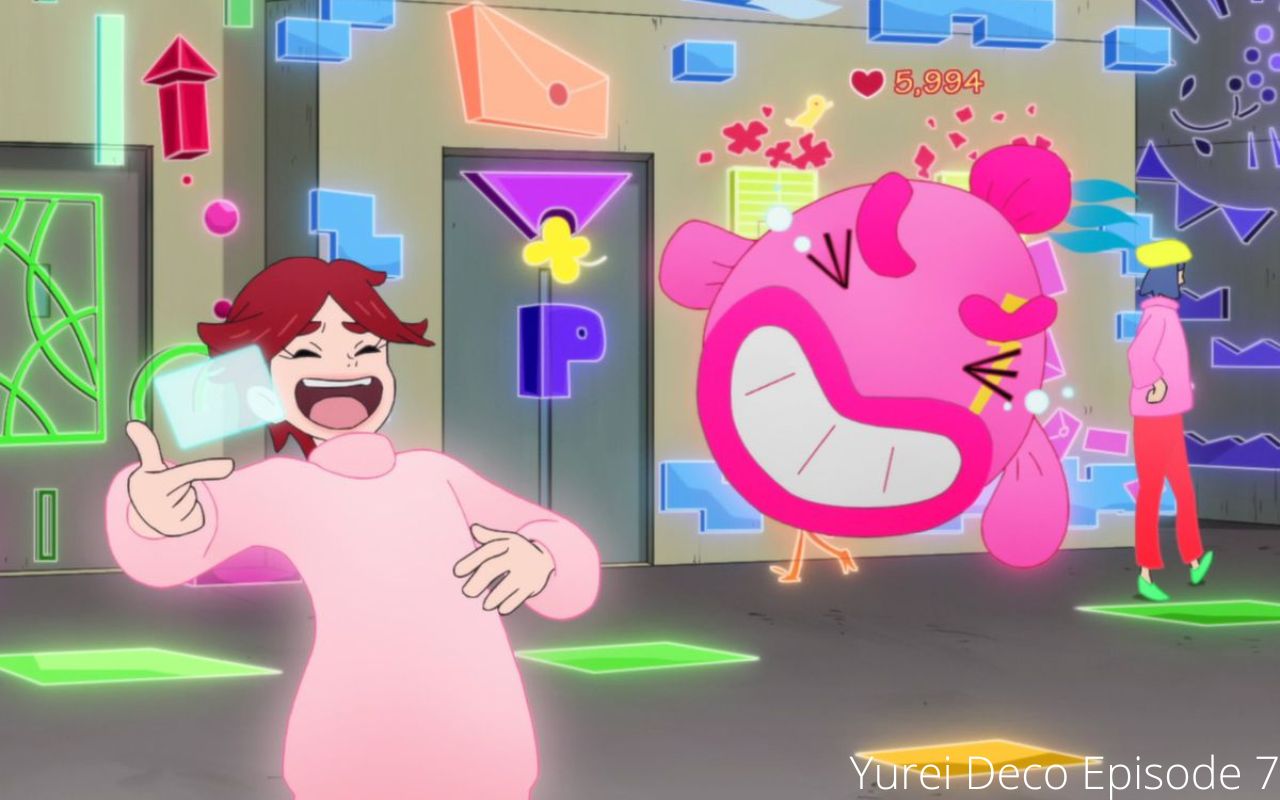 Berry and a hologram taking selfie.

Yurei Deco is a mystery, fantasy anime known for advanced technology concepts. The world shown in Yurei Deco is so advanced that the crime rate is next to zero. Citizens of society highly use AI and hologram technology in their day-to-day life. A Deco (hologram device) is implanted in human eyes to open the doors of an artificial world. Love and praises are the currency of the AI world, which people can gain by likes on social media and spend on it to buy anything.

Berry, a citizen of the AI world, is living her life normally. She was obsessed with the figure Phantom Zero. The only criminal in the AI world, he robes the love of everyone who comes near his proximity. Berry’s deco malfunctioned, which let her see some truths hidden from society. Her malfunctioned Deco allowed her to see Hack, which she mistook for Phantom Zero. Hack is a small thug who robs people and uses camouflage to hide from society.

Many peoples use the technologies illegally. Berry uncovers a new world from her with Hack. Berry, Hack, and her friends started their investigation of Phantom Zero, which led to many exciting adventures. A component of mystery is always there to keep viewers on their toes. Before we tell you the release date, let’s discuss what happened in the last chapter. 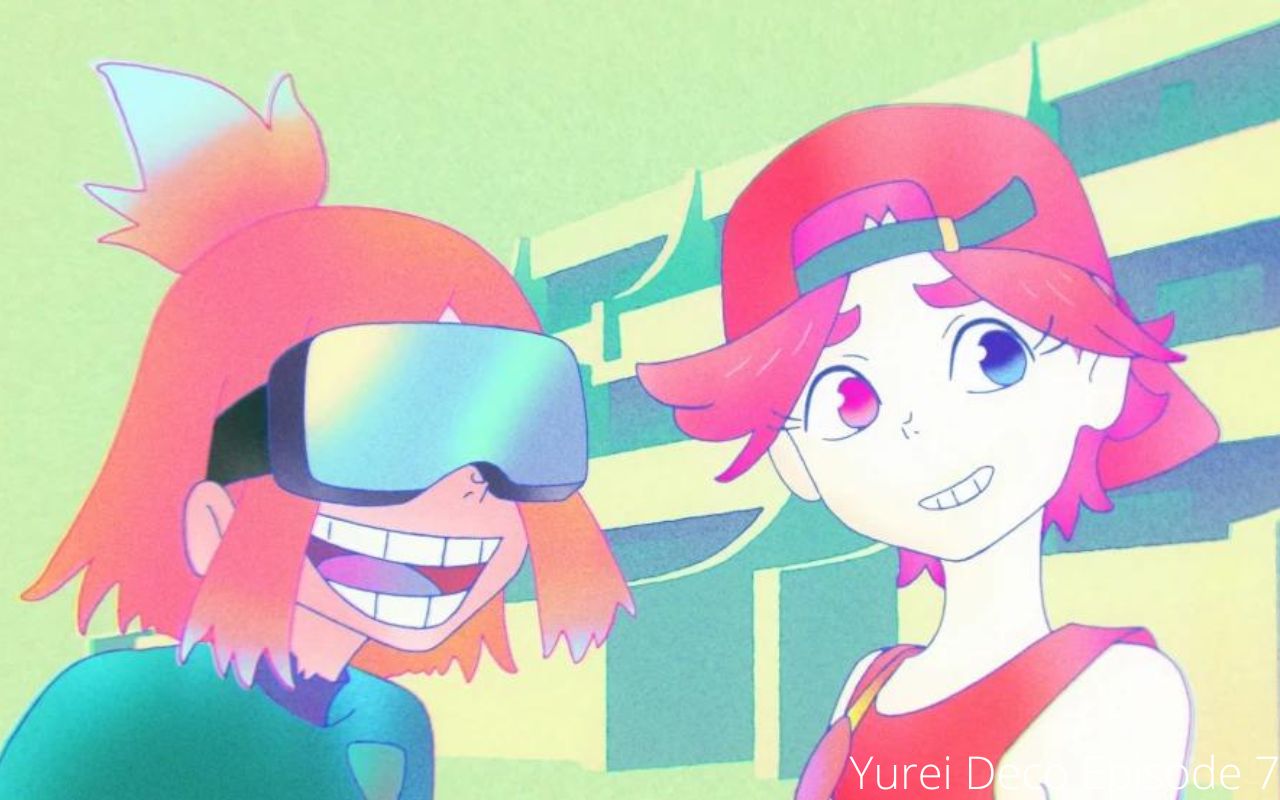 Smiley found a drone named Drone at the edges of the city. Drone has lost its memories due to some malfunction. Drone is very concerned for his master, as he is away from him. Smiley offered Drone their help to find his true master.

On the other hand, Hank, Hack, and Finn are training Berry for the Hyperverse. Hyperverse is a digitally made world where only a person’s consciousness can enter. A creator can make a hyperverse where he can control everything. Berry is new to the concept of hyperverse, and it is crucial to know its mechanism to find Phantom Zero. 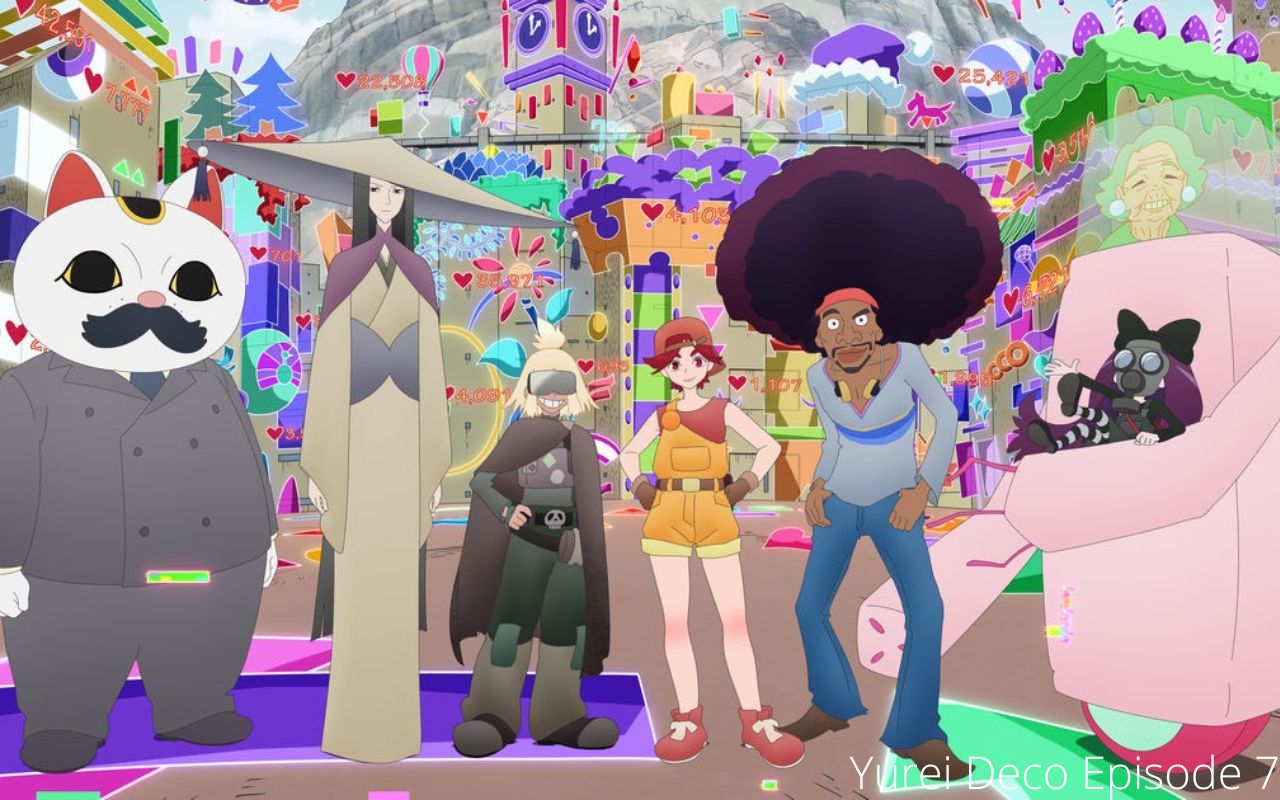 Berry and her team

Berry and Hack encounter Phantom Zero later in the episode. Hack was able to remove Phantom Zero’s mask, which revealed his true identity. Dr.Kearney, also known as Hackitt, was the programmer of the Phantom zero game, and his hologram is wandering around as the Phantom Zero. Dr.Kearney died many years before the current events, so it remains a mystery, who is the Phantom Zero? According to Finn, there was a message Dr.Kearney left for them in his name Hackitt.

Let’s see in the next episode what it meant.

What to expect from Yurei Deco Episode 7?

Dr. Kearney’s message meant something which only Finn understood. Finn said, “Doesn’t Hackitt sounds like Hack it” there is a reason behind it. We came one step close to Phantom Zero in the last episode, and we hope so to find something new from the lead. Berry is training hard in the Hyperverse, which may help her in her future encounters with Phantom Zero.

No spoilers and post-create scenes for Yurei Deco Episode 7, so let us wait and watch!

Where to watch Yurei Deco Episode 7?

Yurei Deco Episode 7 will be available on many Japanese broadcasting channels on August 14, 2022. It will also be available to watch for worldwide users on streaming platforms like Crunchyroll and Funimation.