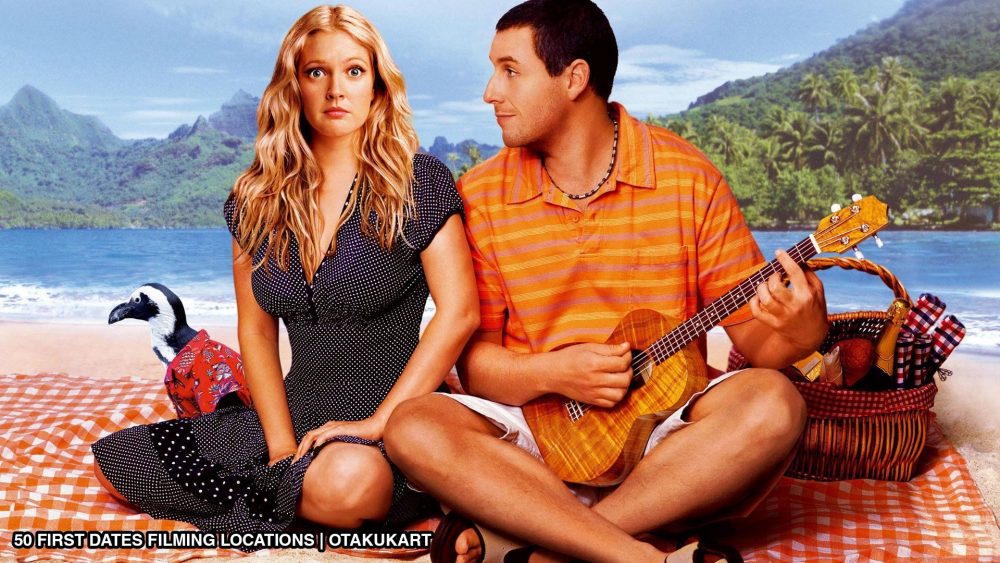 50 First Dates is a 2004 rom-com movie starring Adam Sandler and Drew Barrymore as the lead characters. The film garnered massive popularity for its storyline and concept. Apart from this, both of them are popular for representing their characters as a couple. And guess what? The filming locations of 50 First Dates became one of the most common topics in the 2000s. Because they’ve used scenic locations to enhance the whole strata of the film. Many fans were waiting to watch it mainly because of its shooting sites. Moreover, even the actors were looking forward to being a part of this interesting journey.

Little did you know that Drew and Adam portrayed the roles of two distinctive characters. And that was the main phenomenon of this film. Moreover, fans around the world were extremely happy with the storyline of this romantic drama. Well, the film highlights a very sensitive topic. But the best part about this would be all the fun around the main plot. To be more precise, the filming locations of 50 First Dates enhance the whole scenario of the film. Well, this was primarily done to portray the fictitious memory line of Drew’s character.

The story begins with the introduction of our main character Henry Roth, which is portrayed by Adam Sandler. He is pretty popular for his role as a veterinarian in the film. From the very beginning, Henry didn’t waste his time in relationships. His only dream was to travel the world while he hastily conducted his research too. But one fine day, he decides to visit the Hukilau Cafe. Well, in this process, he ends up meeting Lucy, and Drew Barrymore portrays the role. Instantly, he falls in love with her. 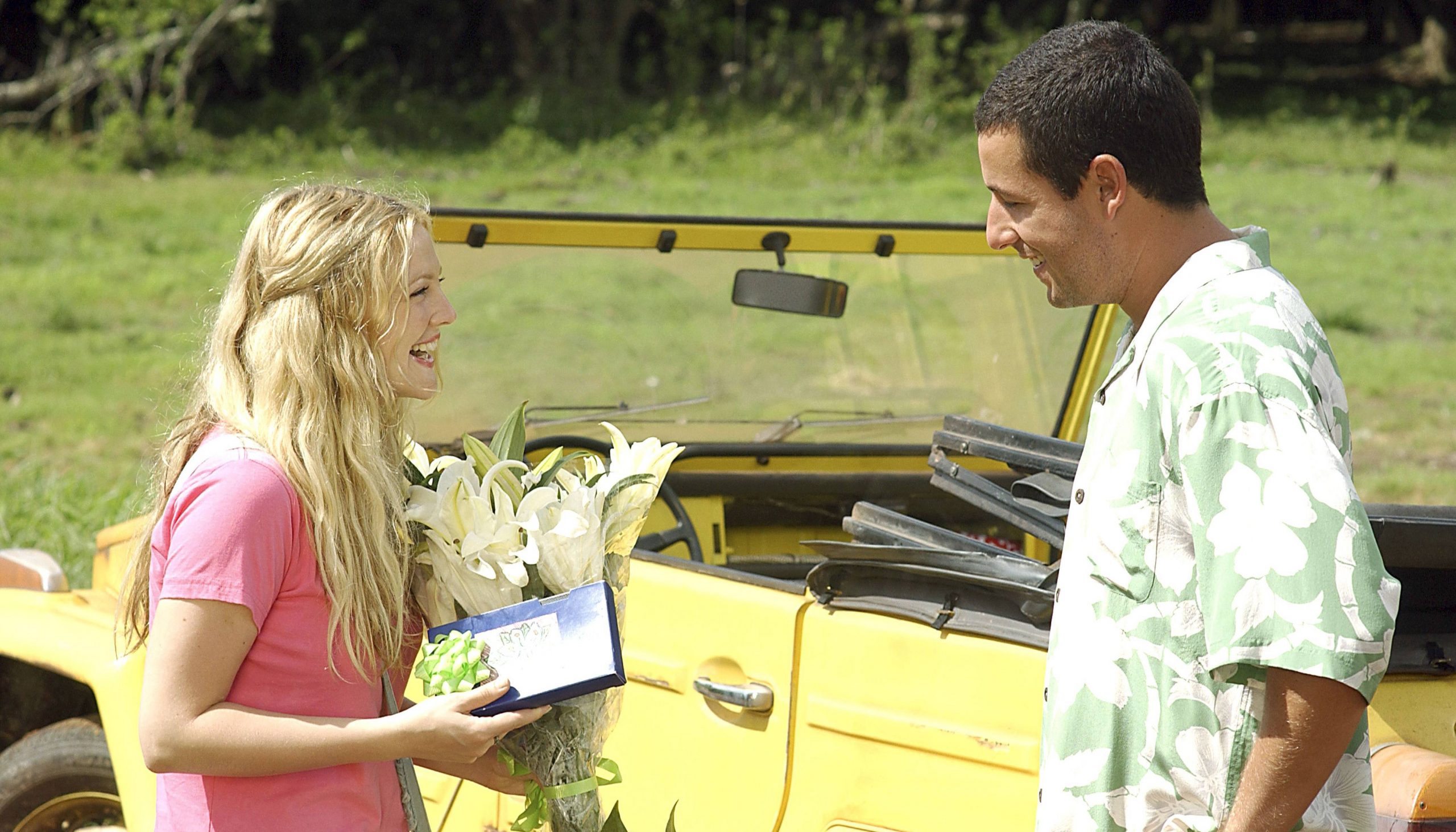 Moreover, Lucy was creating an imaginary house with Waffles. And guess what? The story takes a different turn when Henry realizes that Lucy is not like all the other girls. She’s got a health condition that distinctively separates her from everyone else. Well, as time passes by, Henry gets to know more about this girl. Her mind is stuck in the past wherein Lucy and her father meet in an accident, and she loses her ability to maintain memories. Now Henry tries his best to maintain the relationship through everything despite Lucy being diagnosed with Anterograde Amnesia.

Moreover, Lucy’s father, Marlin, requests Henry to stay away from her. Because this can be heartbreaking for both of them, but as he is ready to leave, Henry realizes that Lucy would always repeat a song, and this was a recent thing. So he rushes back to the institute, where she is busy conducting art lessons. And guess what? Henry is in for a huge surprise. Every day, she made a picture of him as she dreamt about him. But Lucy doesn’t recognize him. Soon, the couple is happily married to each other, and the film ends with Lucy and Henry living happily with their daughter. And in the finale, it is pretty clear that Lucy still suffers from Amnesia.

Well, this is one of the most interesting things about the movie. Moreover, 50 First Dates is a Peter Segal directorial. However, the majority of the scenes are filmed in Hawaii. Wherein Hukilau Cafe is popular as the Kualoa Ranch. This location is extremely famous for its tourist attraction. To maintain the authenticity of the film, the creators of this movie took the filming locations to all the different areas of Hawaii. On the other hand, Hawaii is also popular on Oahu Island.

Many scenes were filmed on the same island as well. Another interesting place would be the Makapuu Lighthouse. Since many movies have taken their shooting schedules to this island, Oahu is still famous for the same reason. Even today, people are well aware of its beauty. Moreover, the film was originally based on an entirely different concept. Along with the writers, Adam Sandler worked on the script too. Moreover, viewers were looking forward to getting more from Adam’s comedic presence. So this was the reason. Well, it was a very interesting phenomenon as the location was changed from Seattle to Hawaii. As it perfectly blends in with the main genre of the film.