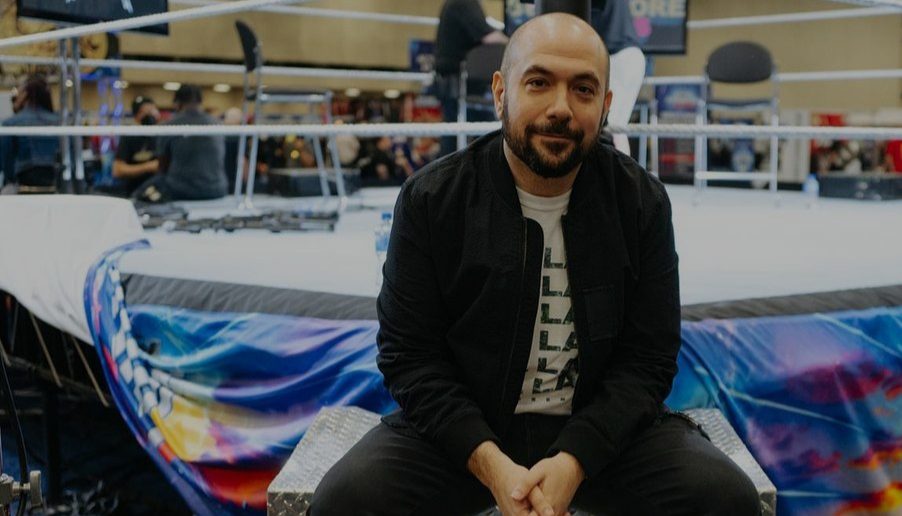 Over the years, fans were curious to know who is Peter Rosenberg Dating? His personal life often hits the headlines. From his divorce from his wife Alexa and now dating a beautiful lady, Peter has always managed to be the headline. He often hits the controversies. Over the years, Peter has gained mainstream popularity and is often become the talk of the community. He first grabs the attention in 2012 when he comments on Nicki Minaj. The radio jockey says the Nicki Minaj pop single “Starships” was not real hip-hop. Following the news, she withdrew from the Summer Jam 2012’s concert. While Peter denied apologising to her.

He again makes the juicy headlines of the newspaper when signed a contract with the WWE. Peter is widely known for hosting most of the WWE events. Nonetheless, what makes him a known name in the industry was his show Hot 97 Morning show on New York radio station WQHT-FM. The disc Jockey radio personality is also known for hosting the game show Squares on MTV2. However, as long as his professional life grabs the attention of the fans, his personal life too often became the talk of the community. Here in the article, we will talk about Peter Rosenberg’s dating life. Let’s open the “Love” chapter of Peter’s life and find out who is he dating now in 2022?

Peter Rosenberg was born on 23 July 1979 in the Maryland United States. He is 42 now. His father MJ Rosenberg was a staff employee at Capitol Hill while his mother was a school teacher. Peter did his schooling at Bethesda-Chevy Chase High School. He was introduced to hip hop by his older brother.

Peter was highly influenced by DJ Red Alert and Marley Marl. It was only when he attended the University of Maryland for his under graduation, Peter’s interest in Radio Jockey intensified. He begins hosting from Dusk Til Dawn on-campus radio station.

He then started making online videos. Fortunately, his videos received positive reviews from critics and he became quite famous. Peter then appeared on New York Hot 97, Ebro Darden. Over the years his performance led him to become an official radio jockey, and he was hired by a radio station. With Ebro and Laura, he started hosting several radio shows including The Hot 97 Morning show. He is also an avid Follower of hip hop and rap. He often hosts the events. He also worked on several podcasts. One of his most famous podcasts includes Bite The Mic With Mike Tyson. 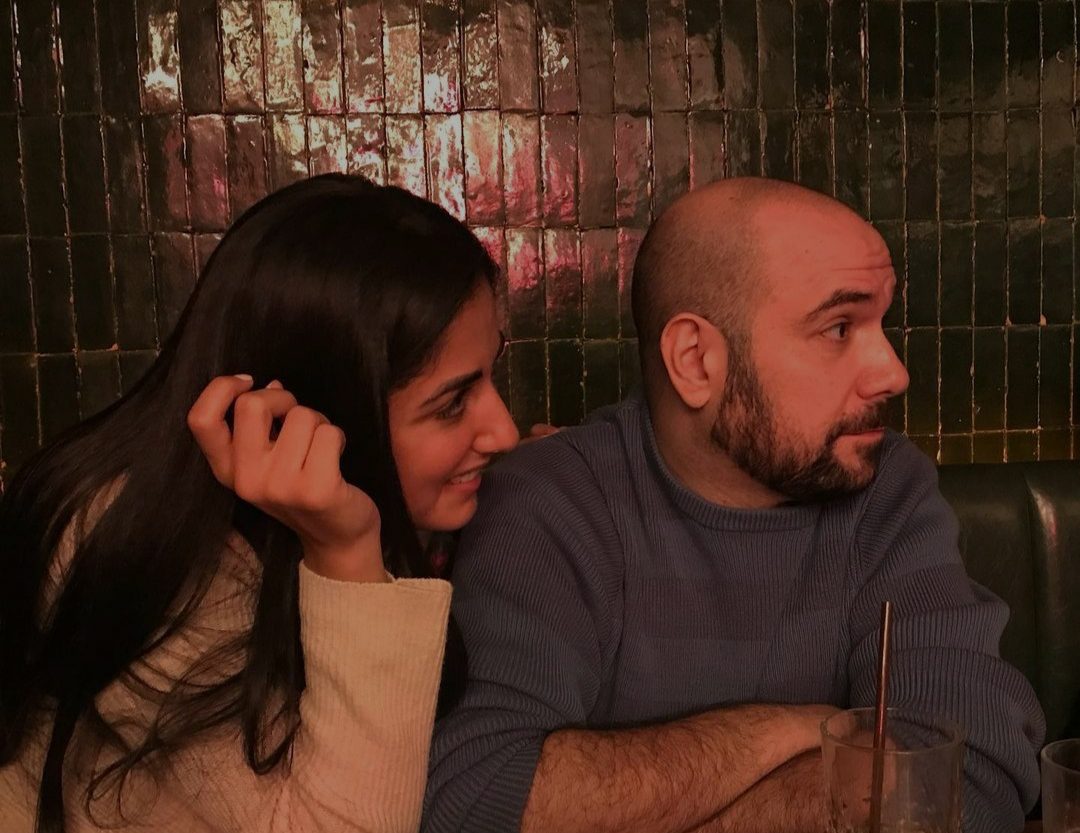 Peter has never limited himself to the radio. Apart from radio, he also worked on several television shows, especially known for hosting WWE events. In 2020, he signed a contract with WWE to host their monthly pay-per-view panel shows.

Rosenberg was quite in touch with wrestling for a while before joining WWE. In 2009, he hosted a Youtube show called “Wrestling with Rosenberg.” He interviews some of the prominent WWE wrestlers such as Hulk Hogan, and Jesse Ventura. Moreover, he has hosted some well-known television shows. Also, his live concerts are very popular among fans. But that is all about his career and early life, what about his personal life. Who is Peter Rosenberg dating now in 2022? 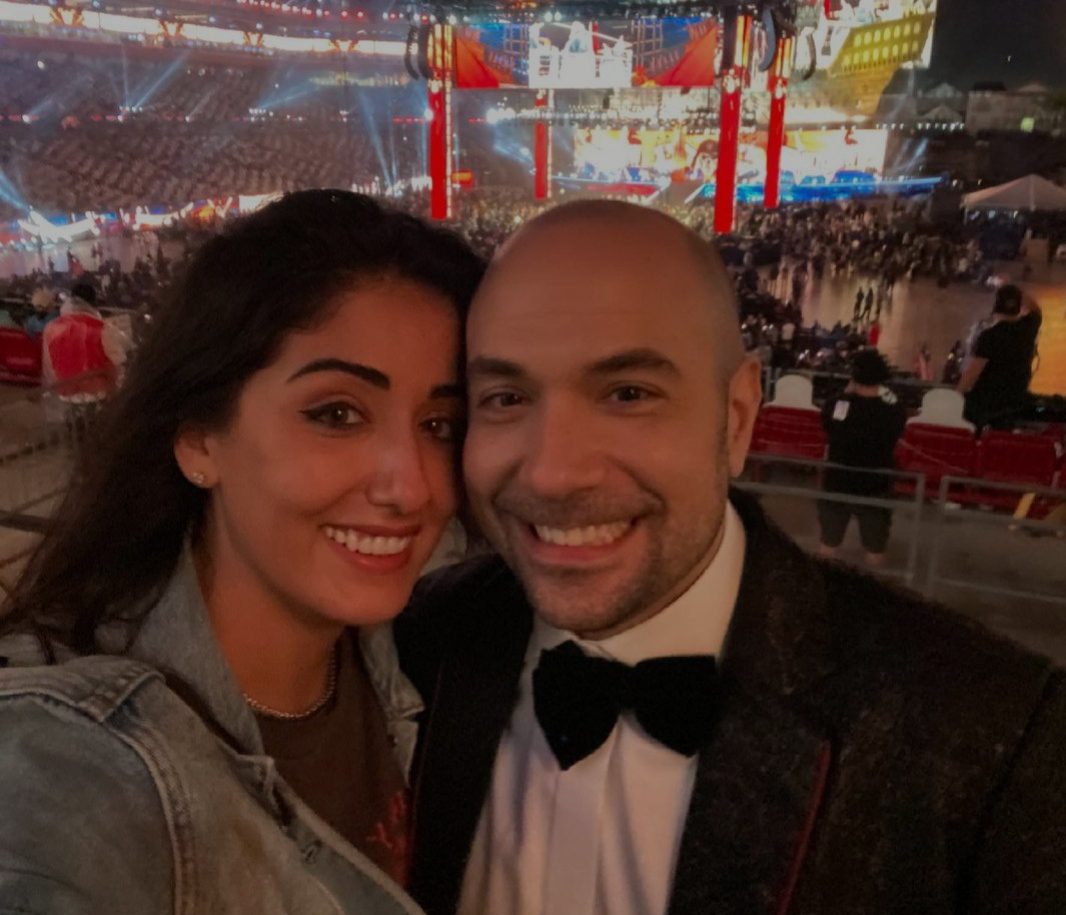 Peter Rosenberg with his girlfriend attending the WWE event

Who is Peter Rosenberg dating now in 2022?

Peter Rosenberg is dating the New York-based Photographer Natalie Amrosii. The couple are together since 2020. However, the exact date of their dating is not known, reportedly the couple started seeing each other earlier that year. The couple enjoys a low-key relationship. However, he made his relationship official with Natalie. Also, he shared a few of their pictures on his Instagram account.  He was previously married to Alexa Datt, a sportscaster. The couple were married for a while before splitting their ways in 2018. A few years after his divorce, he started dating Natalie.