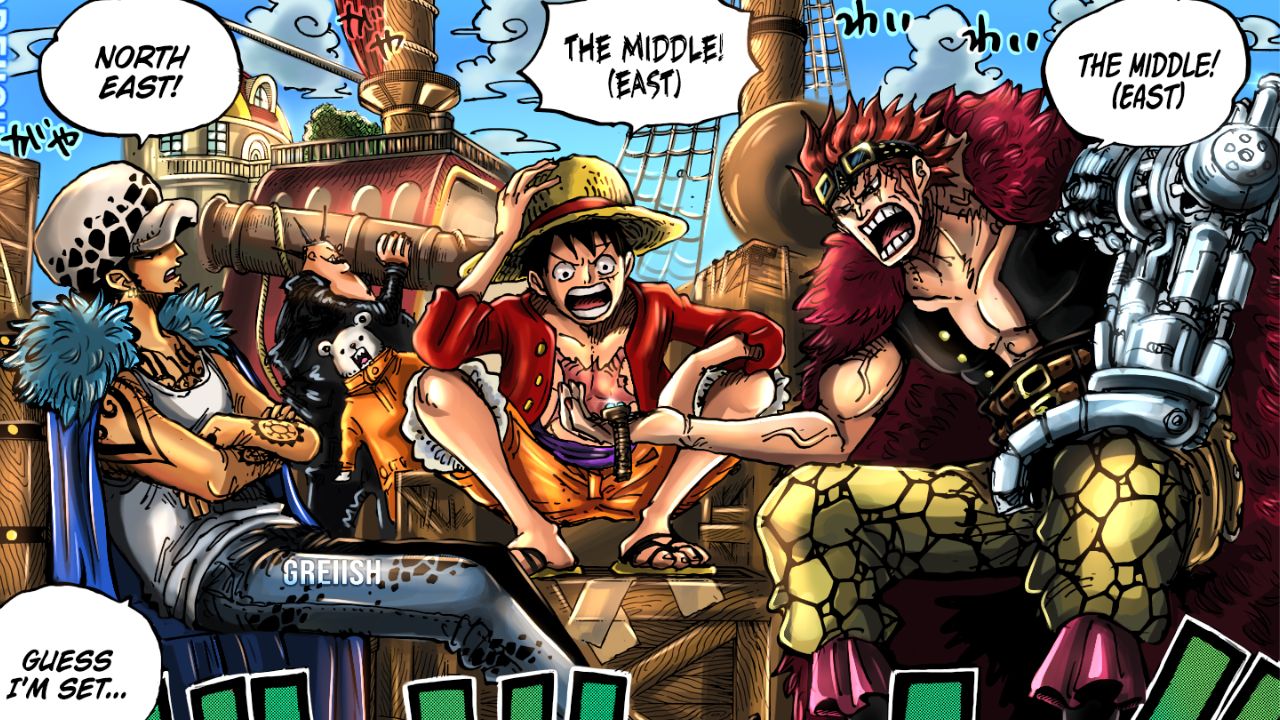 One Piece Chapter 1056 Raw Scans are out and we have a clear picture of what has occurred in the latest chapter of Wano. The temporary alliance to fight the emperors has completed its missions and it’s been broken. Now, every crew is for itself. We were expecting more information from the Wano arc, to be honest, but it seems like it is going to end without even revealing what the ancient weapon Pluton is. There were so many things we were expecting to see at the end of the Wano. Like Ryuma’s connection to possibly Zoro and his revelation about the country.

Instead of revealing new information, Oda has added new mysteries to the series. It will be hard to comprehend all of the information when it is all revealed too fast. So, let’s get into detail and see what happened and what One Piece Chapter 1056 Raw Scans brought us. Here we bring you the latest One Piece anime and manga series.

The title of the One Piece Chapter 1056 is “Cross Guild”. There are no events shown outside of Wano. It is hundred percent about Wano and it seems like it will be the last we ever see a chapter like this. The chapter starts in Oden Castle with Raizo and Shinobu. Everyone is concerned about them after Aramaki sucked their nutrients and they are very thin. Whereas Kinemon is sorry that he was not there for them in their attack against Aramaki. Although they fought Aramaki, they do believe his words about Kaido keeping the enemies away from Wano to be true. Kinemon is just happy that he is going to be living with his wife again. 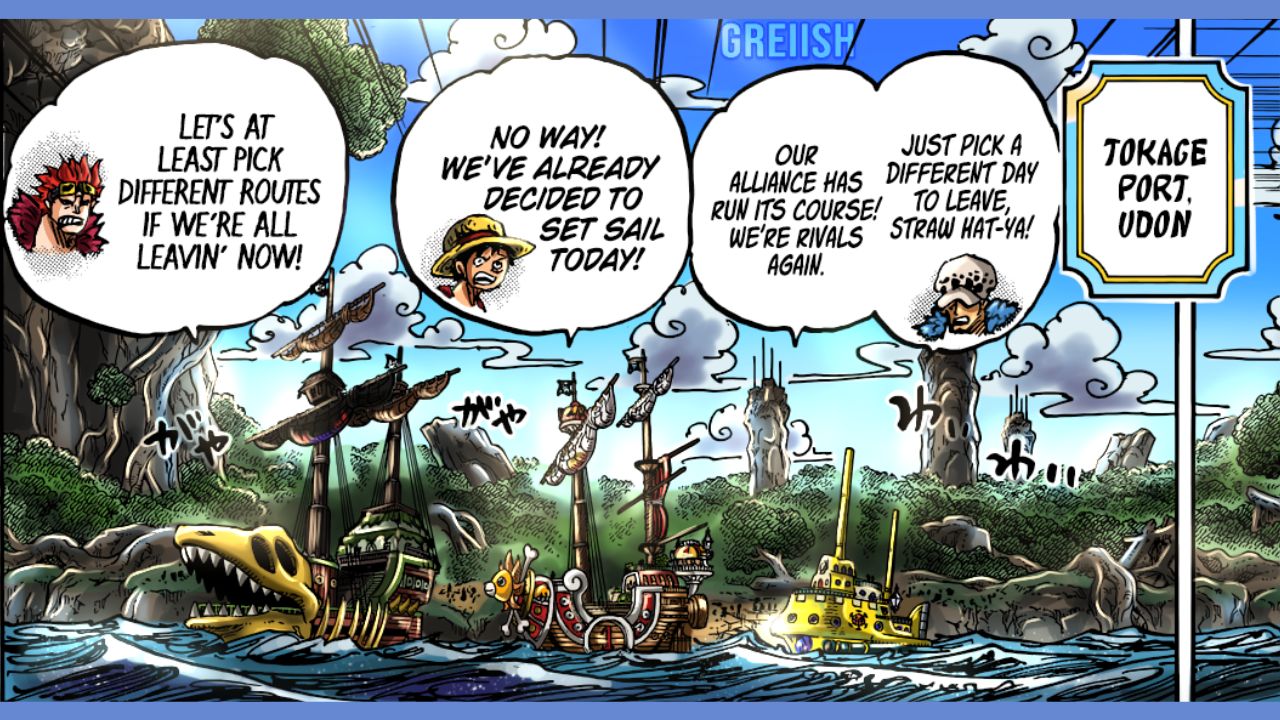 Inuashura and Neko call Carrot and ask her to become the ruler of the Minks. At first, she is perplexed about the situation but they tell her that she is strong enough to lead the Minks alongside Wanda. Hiyori and Momosuke meet Sukiyaki and they know about their grandpa being alive. Momosuke is thankful that he at least got a grandfather in the name of the family. It is revealed that the Red Scabbards knew about Sukiyaki being alive except Kinemon. He pretends that he knew about it but is very surprised to know that Sukiyaki is alive.

Everyone is surprised to know that Pluton is in Wano. Luffy tells Franky that didn’t he burn the blueprints for Pluton. Robin asks Luffy that does he need Pluton but he says no. A thin Shinobu comes in and flexes her new appearance. Otama is also with Shinobu and asks Luffy if can she join the Straw Hats after she has become a ninja. Luffy tells her yes if she keeps up the training. Caribu is listening closely to the Straw Hats and upon learning about Pluton and says that someone who’d love t hears about this.

A few days have passed and Momosuke seeks Zoro to teach him some sword moves. However, he is not able to find any straw hat and learns from Hiyori that the straw hats have already left in the morning and said goodbye to everyone except Kinemon and Momosuke. At the Tokage port, Straw Hats, Law, and Kid’s crew are debating why they are about to leave Wano on the same day. Law suggests that they should at least go in separate ways. After drawing a lot it is decided that Staw Hats will go in the southeast, whereas Kid and Law will go to North East and the Middle East respectively. 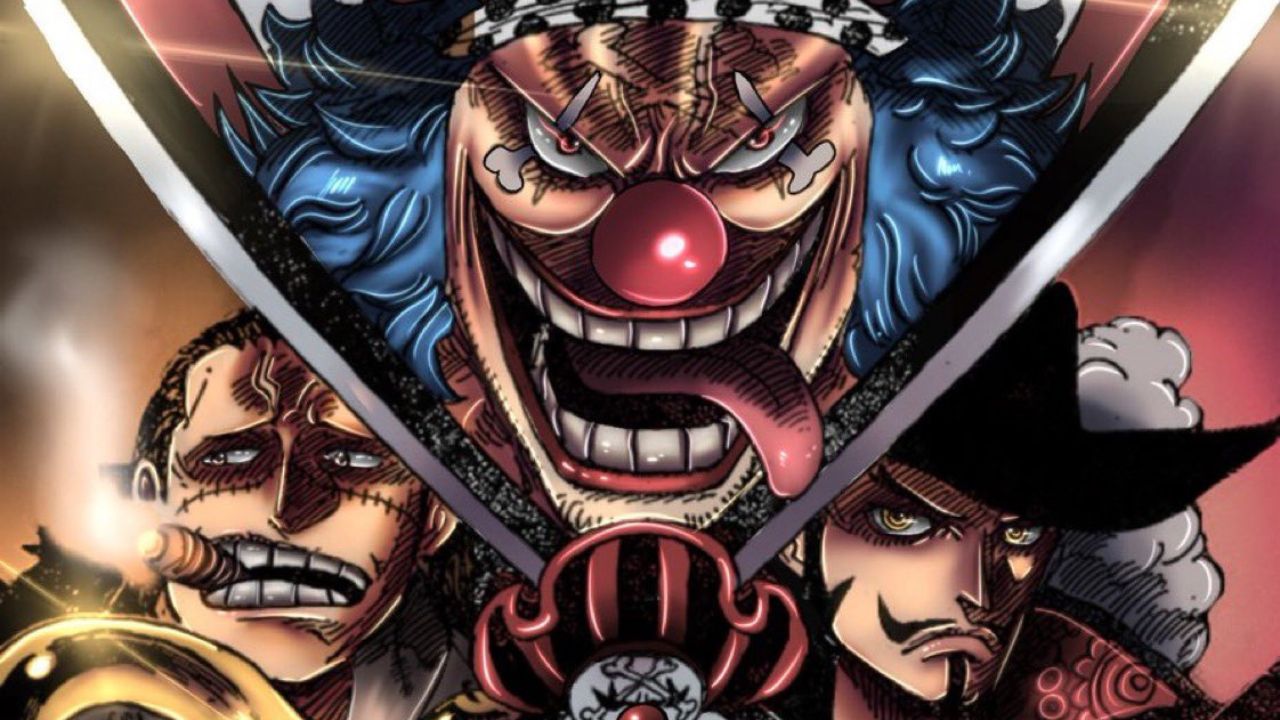 Kid is sick of Luffy and all the emperors and gives Luffy the newspaper about the Cross Guild organization. An organization under the emperor Buggy’s authorization and he has Mihawk and Crocodile under him. The main motto of their organization is to place bounties on the head of Marines as well. The World has changed ever since they were in Wano. Law gives a copy of Rod Poneglyph to Kid and says he deserves it. Kid says that it is time to go after the man marked by flames.

Momosuke is wondering if Yamato has also left but from the rooftop, Yamato says that not yet. She says that it is time to leave the Wano country and live in Oden with straw hats on the sea. One Piece Chapter 1056 will be released coming Sunday 7th August on Viz. The chapter will be available to read for free.

Also Read: Did Sabo Kill Cobra? Analyzing The Most Terrifying Truth Of One Piece