One of Studio Trigger’s most well-known anime series is returning for a highly anticipated second-season run! It has been officially announced that Panty & Stocking with Garterbelt will return for Season 2! Studio Trigger is currently commemorating its tenth year in business. The studio produced some of the most original anime works ever during that time. But what set it apart from the start was the fact that Hiroyuki Imaishi, a former Gainax employee who later went on to direct some of Trigger’s projects in the decade since its founding, founded the studio.

But many of Gainax’s projects were also abandoned as a result. Studio Trigger is reaching into the past by bringing Panty & Stocking with Garterbelt back for a second season 12 years after the first season debuted. In contrast, some of the studio’s anime releases have been followed up with new seasons or other projects. Studio Trigger validated a new season of this Gainax classic during their tenth anniversary panel at Anime Expo.

After more than 10 years, Panty & Stocking Garterbelt is back!

It’s Been Over A Decade!

Gainax produced the first season of Panty & Stocking with Garterbelt, which debuted in Japan in 2010. Hiroyuki Imaishi (Promare, Kill la Kill), Geek Fleet, and Atsushi Nishigori (Gurren Lagann, The Idolmaster director) served as the show’s director, composer, and character designer, respectively. The music for the anime was composed by Taku Takahashi (m-flo) & TCY Crew and included tunes from Teddyloid, TCY Force, and Hoshina Anniversary. TAGRO’s manga, which was published by Kadokawa Shoten, had a single tankoubon volume that ran from 2010 to 2011. 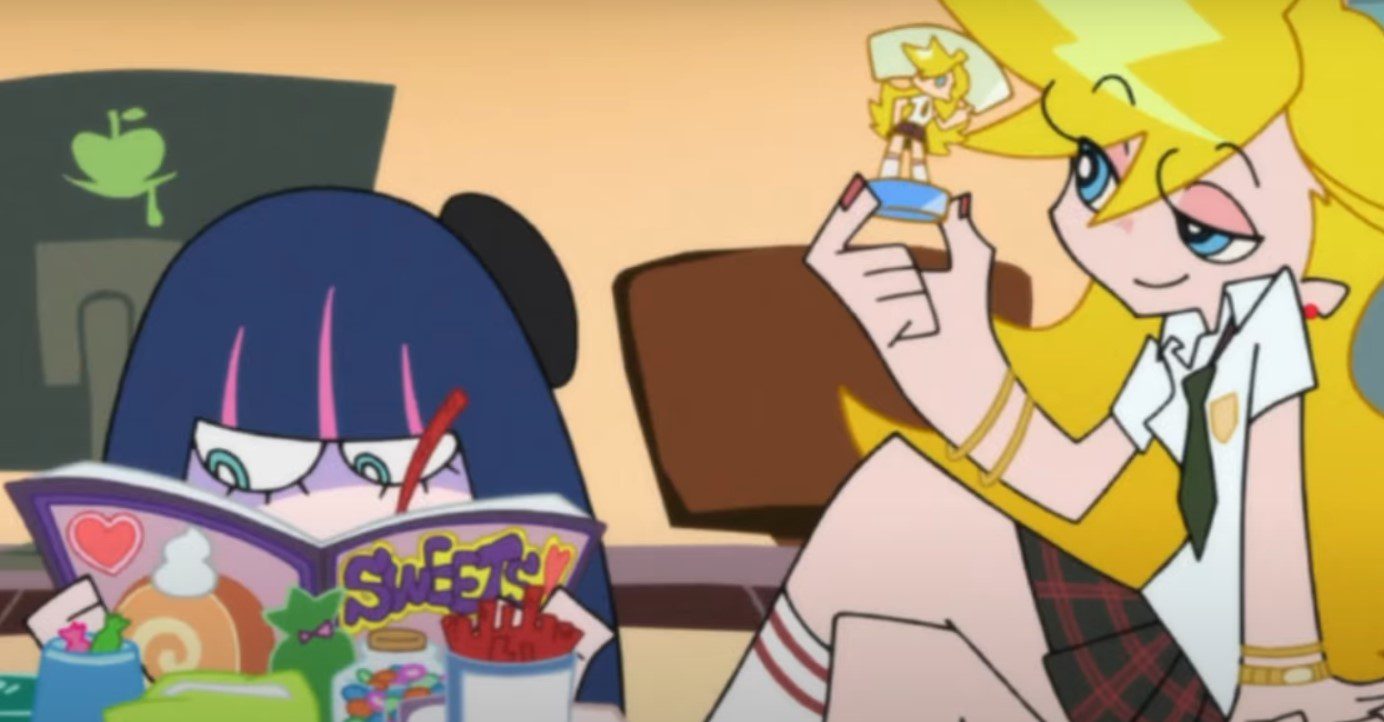 Panty & Stocking With Garterbelt Season 2: What Is It About?

The show isn’t specifically about panties and stockings, despite having a rather lewd name. Instead, it centers on Panty and Stocking, the Anarchy sisters, who are angels who were banished from Heaven because of their immoral behavior. The two sisters are banished to Daten City, which is situated on the dividing line between Heaven and Hell. When Panty and Stocking reach Daten City, they discover that the population is wracked by an invasion of evil spirits known as “Ghosts.” The sisters seek refuge with reverend Garterbelt, their preacher-boss, and are determined to use their abilities to exterminate the Ghosts in order to gain favor in Heaven.

The sisters use their underwear as weapons to battle the evil spirits, but their approach to getting rid of these Ghosts is somewhat unconventional. The only issue is that neither Panty nor Stocking take their responsibilities seriously, despite the fact that this sounds like the ideal strategy for gaining favor in Heaven. Instead, the sisters spend a lot of time in Daten City engaging in their “hobbies,” which include Stocking constantly stuffing her mouth with sweets and Panty sleeping with anyone she can find. The show follows the exploits of the Anarchy sisters as they attempt to carve out a life of sin in Daten City while sporadically battling demonic forces against this background.

Panty & Stocking With Garterbelt Season 2: What To Expect?

Despite having stylistic similarities to Imaishi’s other works, Panty & Stocking with Garterbelt stands out as a distinct project in large part due to its visual appeal. Instead of having a more anime appearance, Panty and Stocking’s animation style has a more Western feel. The story of the show is also cruder than Gainax’s other creations. The story of the television show centers on the Anarchy sisters, Panty and Stocking, who are angels expelled from heaven due to their misbehavior. Panty and Stocking are sent to Daten City, a location on the outskirts of heaven and hell, as retribution for their actions. Reverend Garterbelt takes the two under his wing and assigns them the duty of protecting Daten City from attacks by ghostly demons. With their ability to transform their underwear into weapons, the sisters battle ghosts. They acquire Heaven Coins by defeating Ghosts, which they can use to go back to heaven. However, they have a difficult time getting back to heaven because they are impulsive and easily distracted. That’s all the time we have now for this topic. Thanks for your attention.