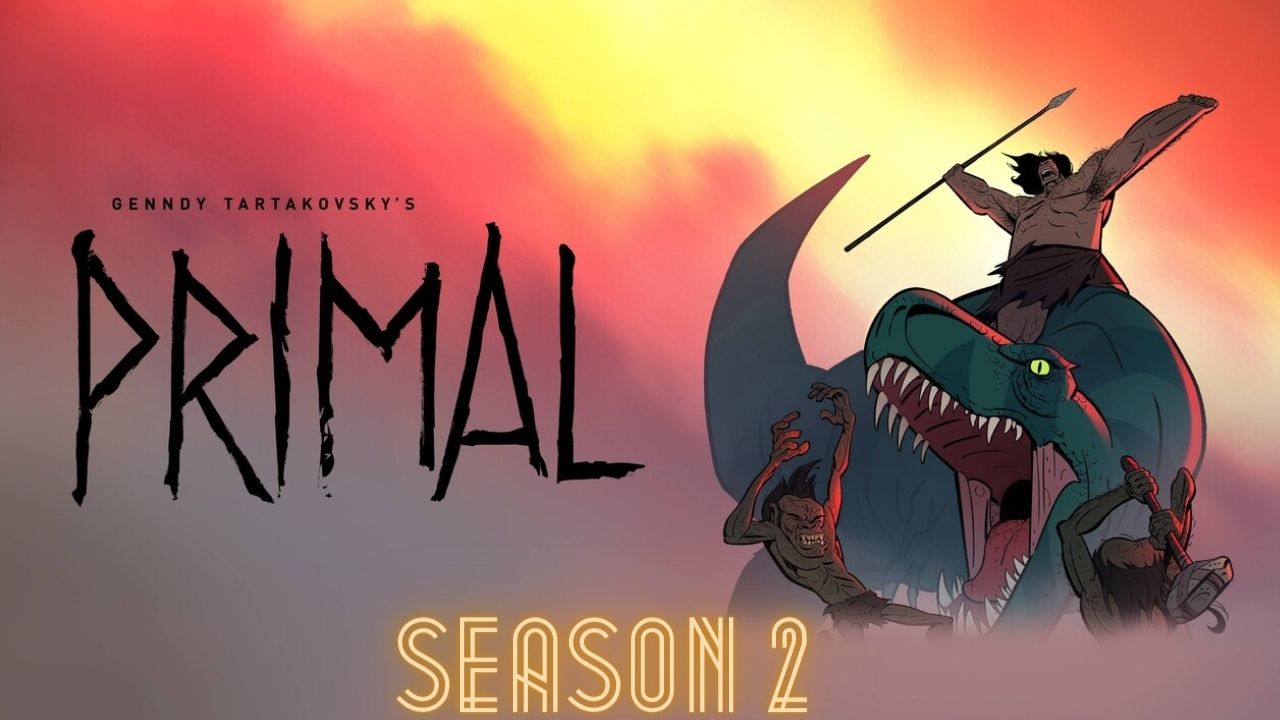 Anyone who saw cartoons in the 1990s and 2000s owes Genndy Tartakovsky a sense of gratitude. He began by animating for a variety of franchises, but he ultimately went on to create “Samurai Jack,” “Dexter’s Laboratory,” and “Star Wars: Clone Wars.” If you remember watching his shows, you might be really interested in watching “Primal,” one of his more original works that was created with adults in mind.

The drama has all of the same traits, despite being significantly more bloody than his earlier works. While his prior cartoons relied on little to no dialogue, “Primal” contains almost none. The animation style is essentially the same. Instead, it concentrates on the friendship that develops between a Neanderthal barbarian and a Tyrannosaurus dinosaur as they both experience terrible tragedies but are able to stick together. Together, they set out into the dangerous, barren wilderness, fending off everything from vicious wolves to violent monkeys.

Fans are surely eager to learn more about the series’ future because it has emerged as one of the most interesting ventures to air on Adult Swim in a long time. Here is the current information on Primal Season 2.

Each of the 10 episodes tells the story in a consistent manner. It centers on two characters who show their relationship and struggle in an out-of-date society. A Tyrannosaurus dinosaur named “Fang” and a caveman named “Spear” develops the plot. The Series’ first season’s premiere was a powerful one. The first episode shows how two people with a history of being enemies come together for a cause. After losing his family to dinosaurs, Spear met Fang. Fang was carrying two children when another dinosaur attacked and ate them both. 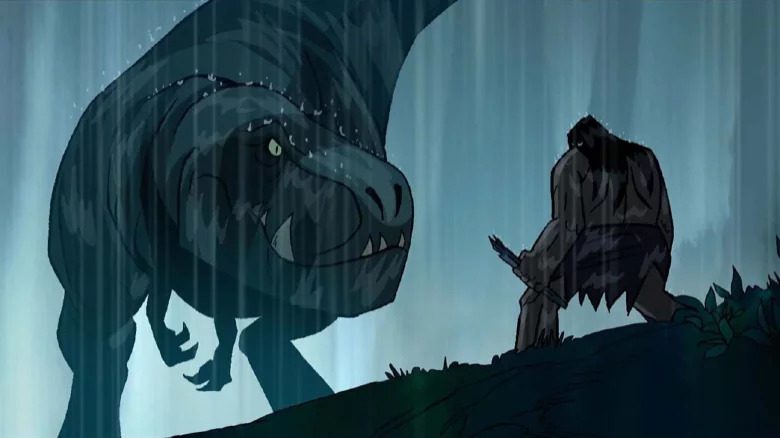 Spear gave it his all, but he was powerless to help Fang in rescuing them. When Spear sees that Fang is experiencing the same tragedy, Fang decides to follow him. Later, they argue and have minor brawls about food. But when another attack comes, they are compelled to band together once more. In their realm, there are several nasty warthogs, dinosaurs, apemen,  snakes, and mammoths. Together, Fang and Spear chase several of them for food. They occasionally must engage in combat to defend themselves. Fang and Spear work well together and support one another when needed.

Sometimes Spear will protect Fang from dangers, while other times, it will be Fang who will do so. As I said before, this is an entirely pure visual story. You can understand the plot with essentially no language, thanks to the artistry of Genndy Tartakovsky. At the conclusion of the first season, Mira joined their team as a new character. Shortly after the incident, she briefly entered their life before leaving.

Primal Season 2 will be released on 21 July 2022. It will be made available on Adult Swim at Midnight, and it will premiere on HBO Max the next day. The first set of five episodes of “Primal’s” first season was released in 2019, while the remaining five episodes were released the following year. Adult Swim announced that it had renewed the series for a second season before the second installment was released. It was fantastic news for viewers who couldn’t get enough of the well-staged action scenes that were woven into each and every episode by the oddly emotional connection between man and beast. 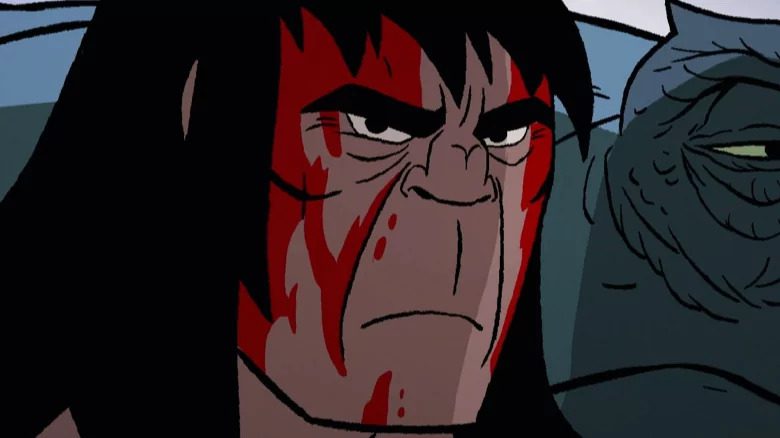 One of Adult Swim’s more intriguing ventures is Primal. The show also received the “Outstanding Animated Program” Primetime Emmy Award 2021. Additionally, it has won numerous other awards. The show has a sizable fan base and receives excellent marks from reviewers. Tartakovsky claims that he developed Primal many years ago but abandoned it since he had no emotional attachment to it at the time. The presentation shares all of the same characteristics of his earlier works, but it is much more graphic and gruesome. The animation is very similar in style. His earlier cartoons hardly ever included dialogue. You won’t find many dialogue options with Primal either.

The brief 45-second teaser begins with positive reviews for the first season, calling it an “intense, forceful, and horrific masterpiece.” This hidden gem of a show’s first clip from the new season is a gorgeously animated scene of Fang the Tyrannosaurus leaping over roaring volcanoes. The text that appears after this video says that the first season took home five Emmys. The trailer then explodes into an abrasive presentation of clips from the second season of the series, including brief bursts of intensely violent action that are sure to thrill existing viewers and attract new ones as well. 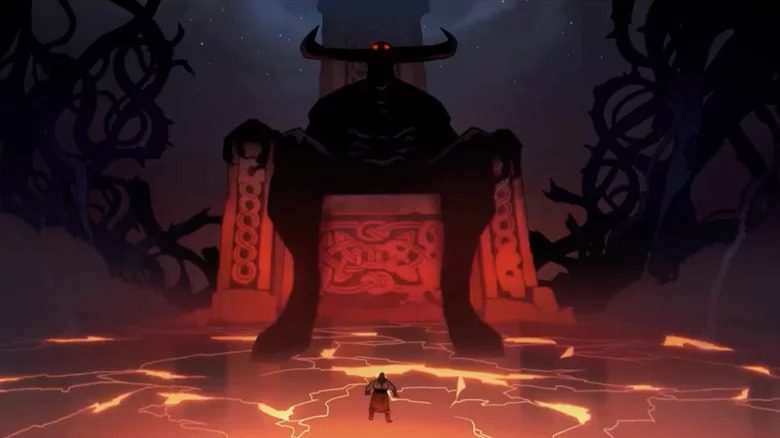 It’s not always simple to decipher what’s happening in this teaser because the cuts are rapid and “Primal” is largely dialogue-free. While Fang is being cut by claws, we observe Spear fighting in combat with other cavemen and taking multiple arrows to his back. We also see a few thrones, one of which is occupied by a massive fire demon, as well as pictures of them at sea, including ones of them on a raft, a boat, and escaping a Megalodon underwater. Season 2 will continue off where “Slave of the Scorpion,” the season 1 conclusion of “Primal,” left off, with Spear and Fang’s new friend, Mira, being taken away on a boat. It appears that civilization is gaining more in the wilderness.

Season 1 of “Primal” was a big animated show. “Primal” continues the tradition of other ground-breaking TV shows that have appeared on the Adult Swim late-night block by making the most of its medium while going even further outside of it. This risky, original strategy was successful: “Primal” has a nearly flawless Rotten Tomatoes score, with reviewers praising the show’s engaging substance. The bulk of viewers seems to love the raw, instinctual energy it offers with this series, even if a few audience misfits disagree. According to the trailer, viewers can anticipate more of the same fantastically animated, engaging material in season 2.

In Season 1, there are two main characters. However, if you consider the situation over a longer time frame, there might be 3. There isn’t much conversation in The Primal. There are only roars, shouts, and grunts to be heard. The Spears family appears in flashbacks in a number of episodes. They don’t, however, have a significant role in the plot. 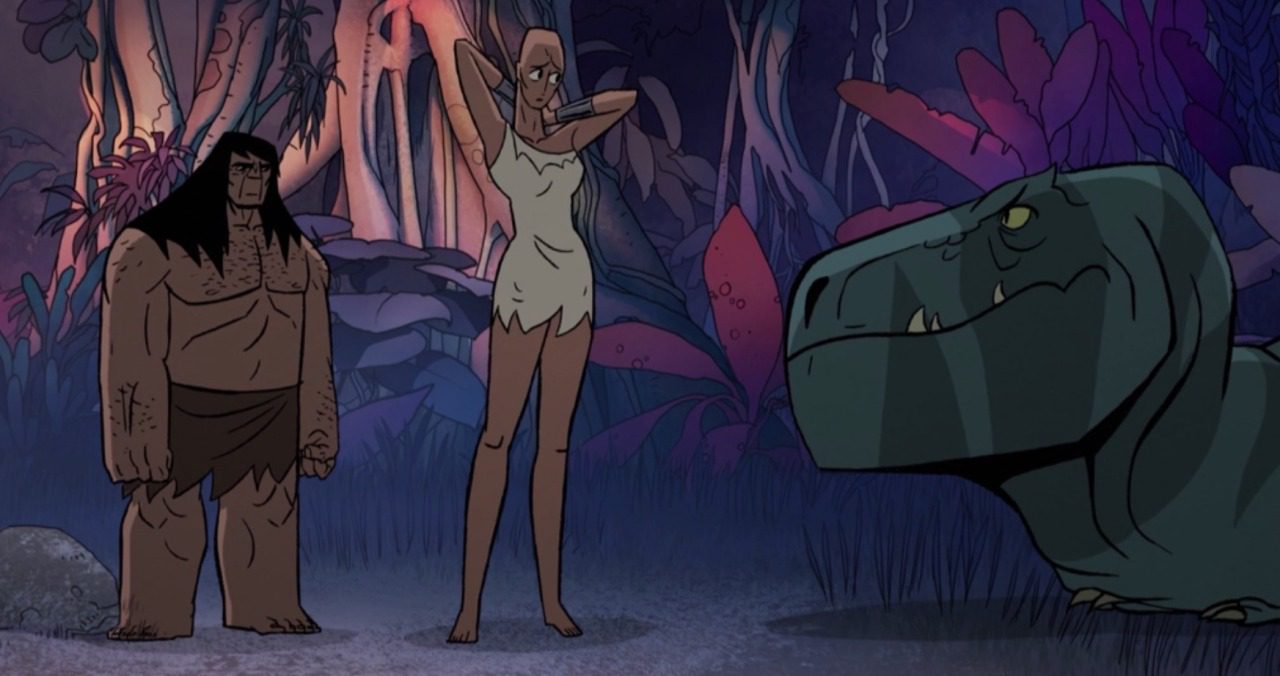 Primal’s caveman is called Spear. His wife and two children, whom he also had, were devoured by dinosaurs. He first makes an attempt at suicide. When they first meet, he joins forces with Tyrannosaurus dinosaur Fang. They occasionally argued and had issues, but they ultimately reconciled. Fang saves Spear in a few catastrophes. Then he becomes her loyal friend.

Mira is a balding cavewoman with tattoos of scorpions. She was saved by Fang and Spear. She screams and draws on the sand to communicate with Spear in some of her native tongue. She tells how she made this type of escape from slavery. Her family is a slave, and she likewise wants to free them. She comes across to us as a skilled chef and archer. She believes that the moon will set her family free from enslavement, therefore, she worships it. But after the final episode of Season 1, she is taken again. 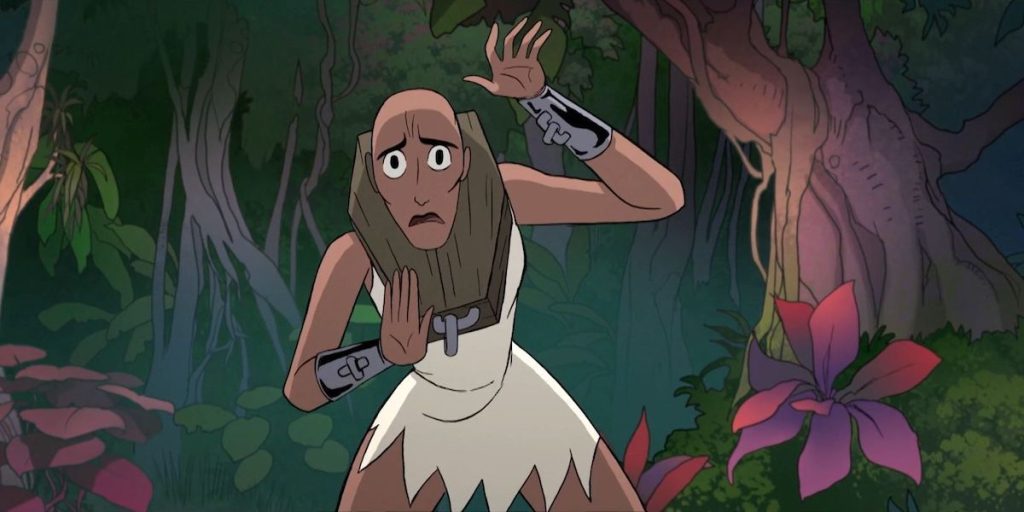 The Season 2 roster has not yet been revealed, but Mira’s introduction surely makes room for the addition of more speaking characters. Spear might be a Neanderthal, but it is undeniable that Homo sapiens have existed in the past. Spear and Fang making special efforts to save Mira is one possible plot development. They’d probably succeed, and Mira could introduce them to others who were just like her.

It’s only a hunch, but even if people start to appear more frequently, the program will probably continue to use the minimal speech that has come to characterize Genndy Tartakovsky’s work. You may currently catch up on the show by binge-watching season 1 on HBO Max..

Every episode of “Primal” has a similar structure in terms of its plot. The caveman Spear and the Tyrannosaurus Rex Fang make every effort to find food, drink, and shelter in their wilderness. The majority of the time, they run across a beast-like foe, which forces them to band together in order to survive. 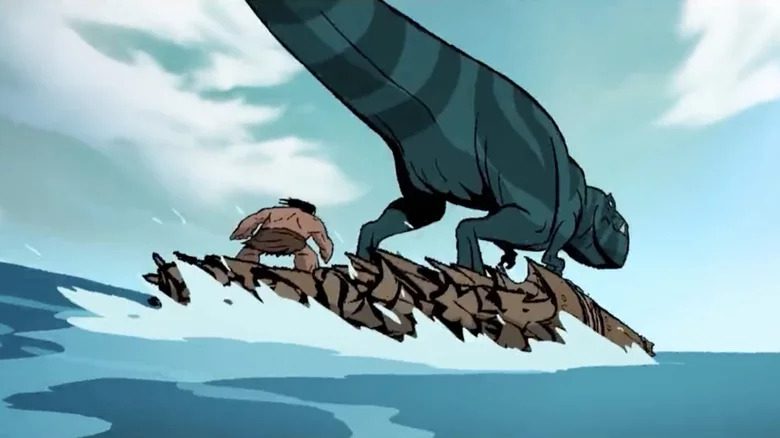 Season 2 will probably follow that pattern, but as everybody who watched Season 1 is all too aware, there was an interesting development. In the season finale, Spear and Fang come across Mira, a cavewoman who has been imprisoned by unidentified powers connected to the scorpion tattoos on her body. When she is once more kidnapped, the bond she forms with Spear is abruptly destroyed. It’s too late for Spear and Fang to try and locate her. Since she looks to be Spear’s last hope of regaining some measure of happiness in his life, and overall plot for Season 2 might entail the team trying to find her. However, she is already on a boat traveling far away.