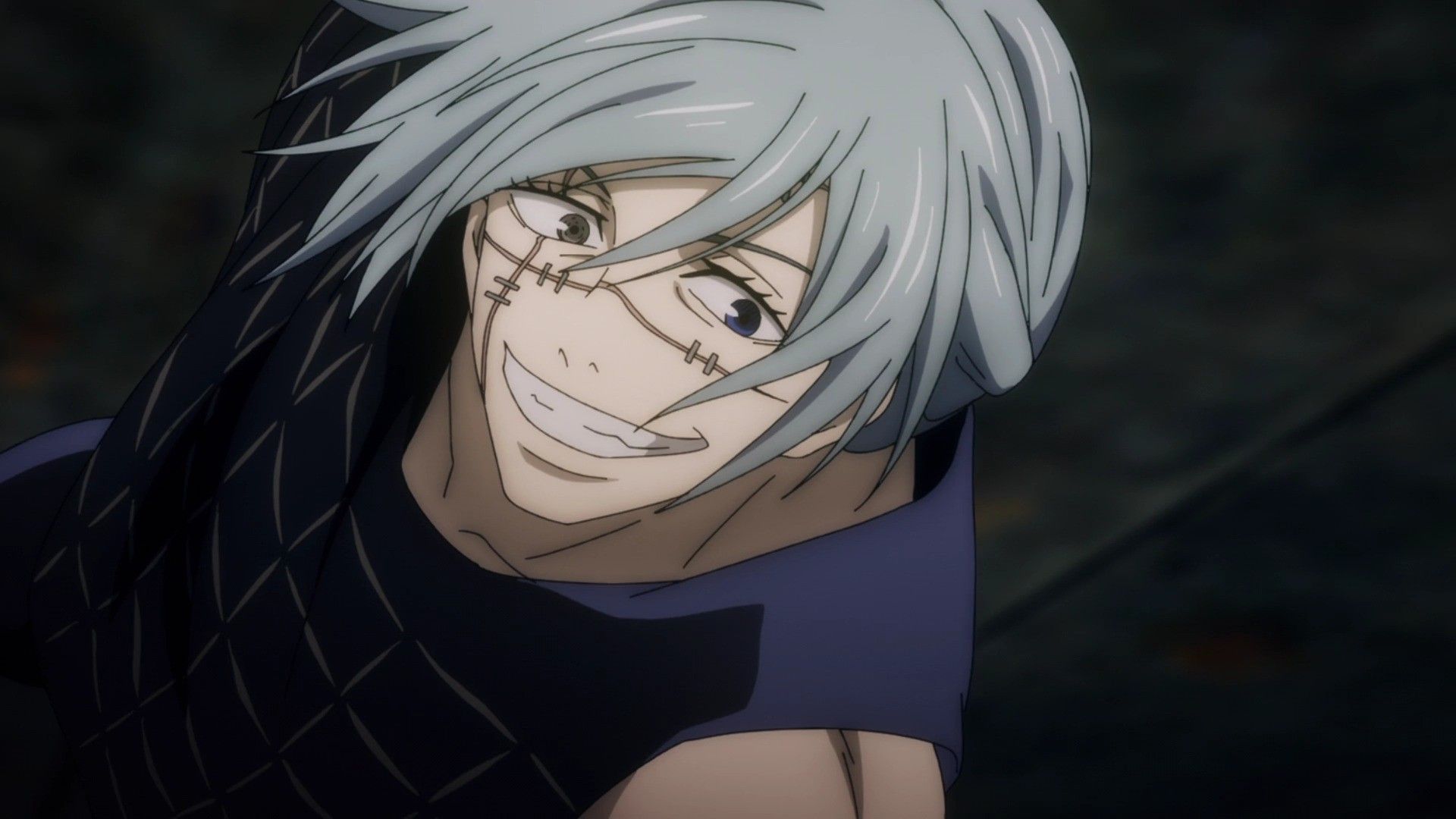 The level of bad stuff some characters have done is unmatchable which makes them worthy of being on this list. Moreover, there is that one character who is above all these mentioned here. That ‘one’ character is just so bad that you’ll wish to kill them yourself if it were possible in any way. Sooner or later, we will get to that most hated character in this topic of ranking the most hated anime characters.

As I said before, there must be a lot of names in your mind right now to think of. Why you are thinking of those names? Because those characters have done something pretty bad, they might have killed someone or might have done something worse without even hurting anyone. That’s right, there needs to be a reason for why we are ranking these characters on this list. I will try to rank the most hated anime characters of all time all while giving justifiable reasons due to which I have put them there.

Now without any delay, we shall take a look at some of the most hated anime characters to exist. Also, this article will contain spoilers for many shows, so if you are, or if you plan to watch that specific show, just scroll down and do not read about the particular character.

Okay, so most of you know this character from the very famous Attack on Titan. I think it is fair to say that Gabi is the most hated Attack on Titan character ever. Yes, some fans even go as far as to hate her more than the likes of Floch Forster and Yelena. Now, every character is here because of some other reason and so is Gabi. 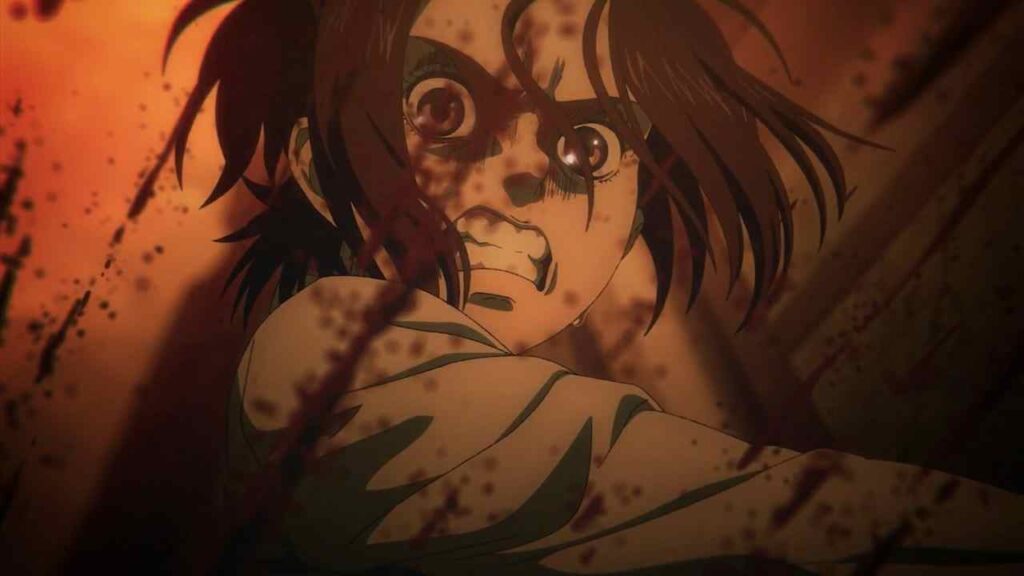 When Gabi is first introduced, we see her taking out an enemy bunker in the war by throwing grenades at them while pretending to be a normal civilian. It is fair to say that Gabi is not hesitant to kill others in the name of her nation. But, when Marley is attacked, Gabi is all like “Why are they killing so many people? Why is this happening?” As if she has not done the same earlier. Well, a hypocrite is, yes very bad and no one likes them. But, there is something else that Gabi has done to earn all the hate. And that is, she killed our joyful, lovely potato girl Sasha Braus. Sasha was a fan-favorite character until Isayama decided to kill her at the hands of Gabi. Thus Gabi deserves the hate but not too much because by the end she redeems herself.

I am 100% convinced that the creators made this character just for the fans to hate him. Takaoka was introduced in the first season of this hit show. He is introduced as a former ally of Tadaomi Karasuma. At first sight, everyone thought that Takaoka is good and would genuinely help the class to assassinate koro-sensei. But, what seemed like an angel sent from heaven turned into a living nightmare real quick. 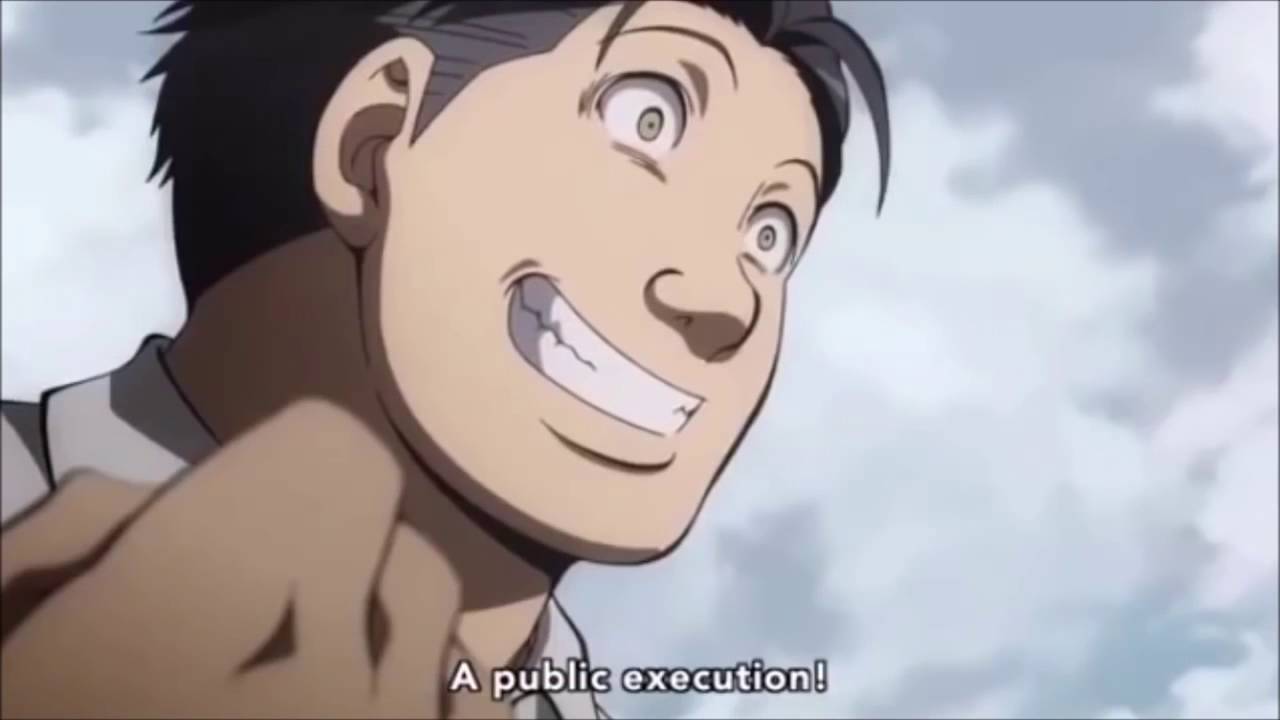 We see this awful man beating the students of the class when they fail to perform his given training tasks. He even turns kinda mad when he loses to Nagisa and is fired. During the Assassination Island arc, Takaoka is the main antagonist. He has deluded to such a limit that he scratched his own face, of which the marks are visible. He challenges Nagisa to another duel. This time Takaoka has the upper hand just when Nagisa turns everything around and saves his friends. There is no scope of liking this character even 1% for anyone.

This stitched-face weird character has to make this list. Mahito is one of the main antagonists in Jujutsu Kaisen. Suguru Geto, who is portrayed as the primary antagonist in most of the storyline is a lot better than Mahito in every regard. What Mahito did with Yoshino Junpei still boils the blood of every Jujutsu Kaisen fan. He is one of those villains that just want chaos and anarchy. He just wants to watch the humans suffer and transfigure as many as he likes.  Well, you cannot expect much from anything from someone who is an embodiment of human fear and hatred. 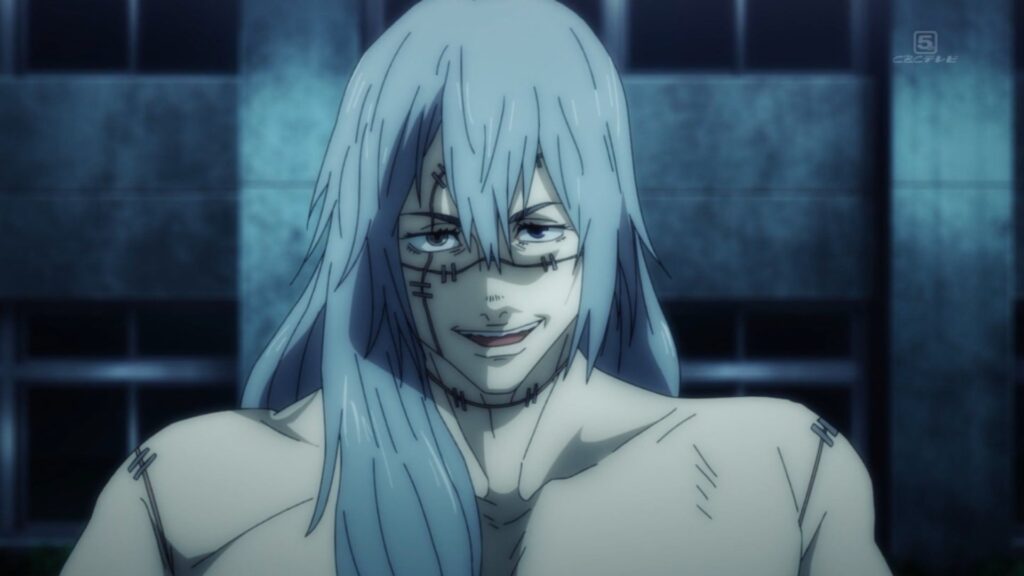 Mahito remains unaffected throughout the show and manga. If his killing of Junpei is not enough to convince you to hate on this guy, I have another reason for you. But, before telling that, I shall warn you as this is a spoiler right from the Jujutsu Kaisen manga. Feel free to scroll down as Mahito is already a hate-able character. But, if you have made your mind then I shall tell. In the Shibuya Incident arc, Mahito transfigures thousands of humans and makes Gojo fight them. He even severs one of the arms of Yuji’s brother, his besto friendo Todo. If all this is still not enough, he kills Nanami Kento and Kugisaki Nobara, yes the funny Yuji-Nobara duo is no more. I think these reasons are more than enough to hate this creepy character. At one point in time, even the manga-readers were calling out to just simply kill off this guy.

Malty Melmorac puts a hatred in the minds of all the fans of Rising Of The Shield Hero. She is the worst among the characters I have mentioned so far. One might like Gabi because of how she changes and redeems herself. One might like Takaoka for his insane transformation at the end (man got shredded real hard) One might like Mahito just because of his fighting style (absolutely nothing else other than this). But, I cannot find any reason to like Malty. 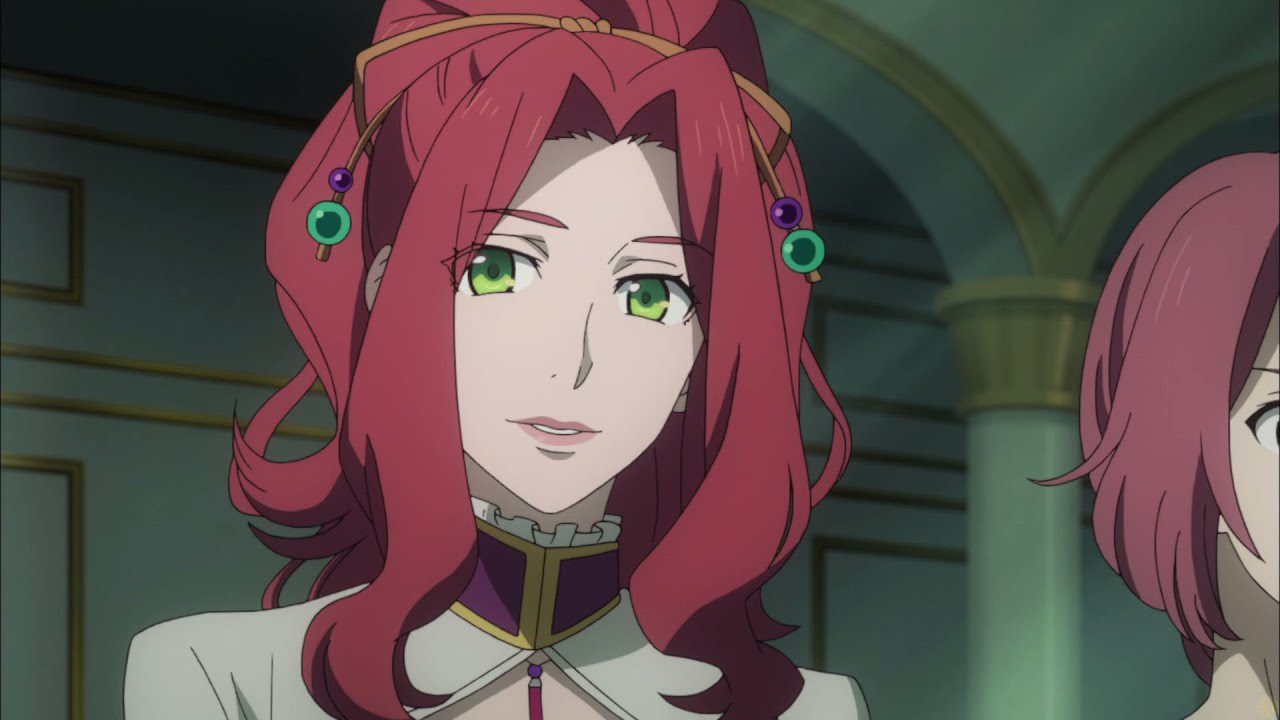 How bad is Malty Melromarc you ask? Recently this character started trending as people were comparing her to Amber Heard. Just like Heard wrongly accused Depp of hitting her, Malty accused Naofumi of sexually assaulting her. This one lie has ruined the whole reputation of our shield hero and his allies do not see him as the same as before. This is not the only thing fans hate her for. I am pretty sure that the list of things for which she is hated could be endless.

This guy is one of the most hated if not the most hated character from the popular Naruto series. Also known as the Shadow Hokage, Danzo did everything possible to earn the hatred from almost each and every Naruto fan. I don’t think if there is anything you can like this guy for. He was working secretly with Orochimaru for many years. While Orochimaru redeemed himself, Danzo did nothing to repent for his sins. 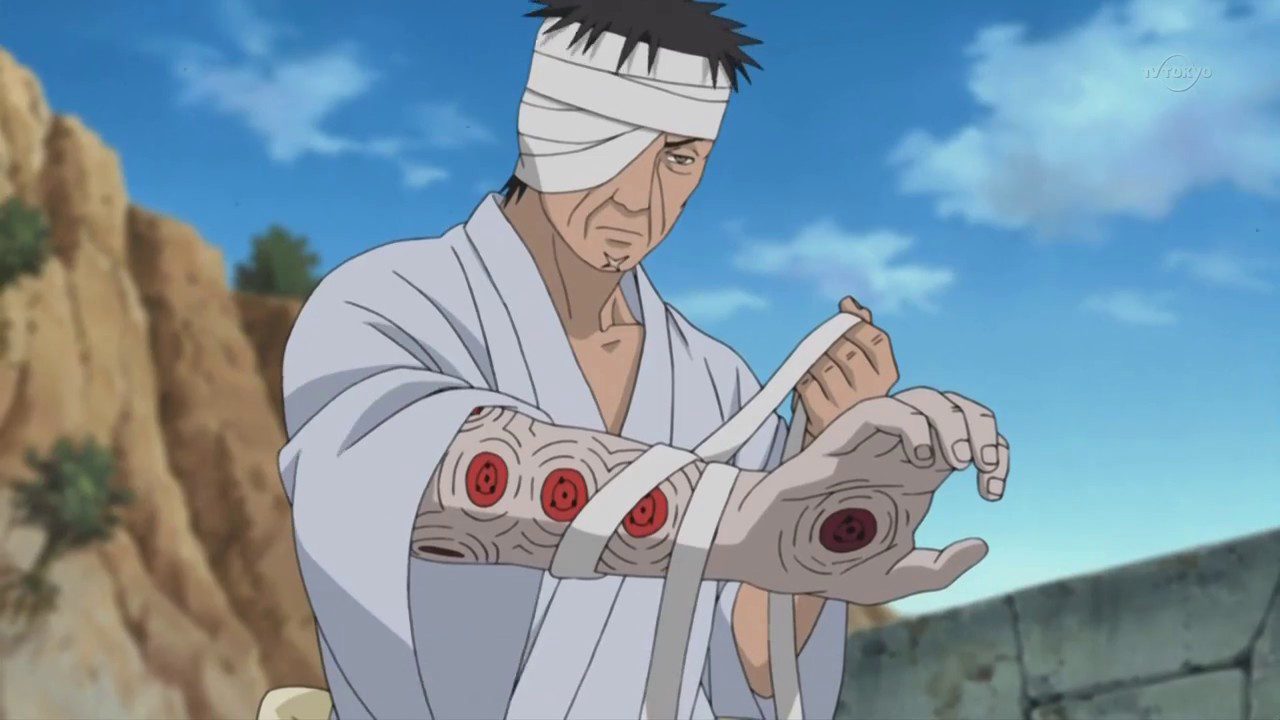 Danzo is the one responsible for the problems of the village with the Uchiha clan. I strongly believe it is fair to say that if it were not for Danzo, Itachi and Shisui would have been alive (*cries in the corner*).  Danzo’s right arm is pure disgust. Throughout the show, we see his right arm and right eye covered. Before his fate-deciding battle with Sasuke, he reveals a Sharingan is in his left eye. Moreover, his whole right arm is also covered with ten Sharingan. Sasuke asks him how he got those sharingans, to which this uncultured man replies if I tell you, you’ll get angrier. Danzo opposed almost every decision of the Hokage. He was even against keeping Naruto in the Konoha. Danzo was the one responsible for the death of Shisui, a character we all wanted to see more of. We really have to be thankful to Sasuke for having killed this man already.

Every anime list based on the most disliked, hated, or worst characters has to end with Shou Tucker. From the outside, he looks like a simple everyday family man. I am 100% sure that you are not at all surprised to see Shou here. Tucker is a family man, yes, but what he did to his family is something no one could have ever imagined. What he did to his daughter, her dog, and his wife is the main reason we all hate this guy. On top of this, he feels no guilt at all over what he has done. The only thing he says is that he did it in the name of science. For him, his pride was more important than a loving daughter. 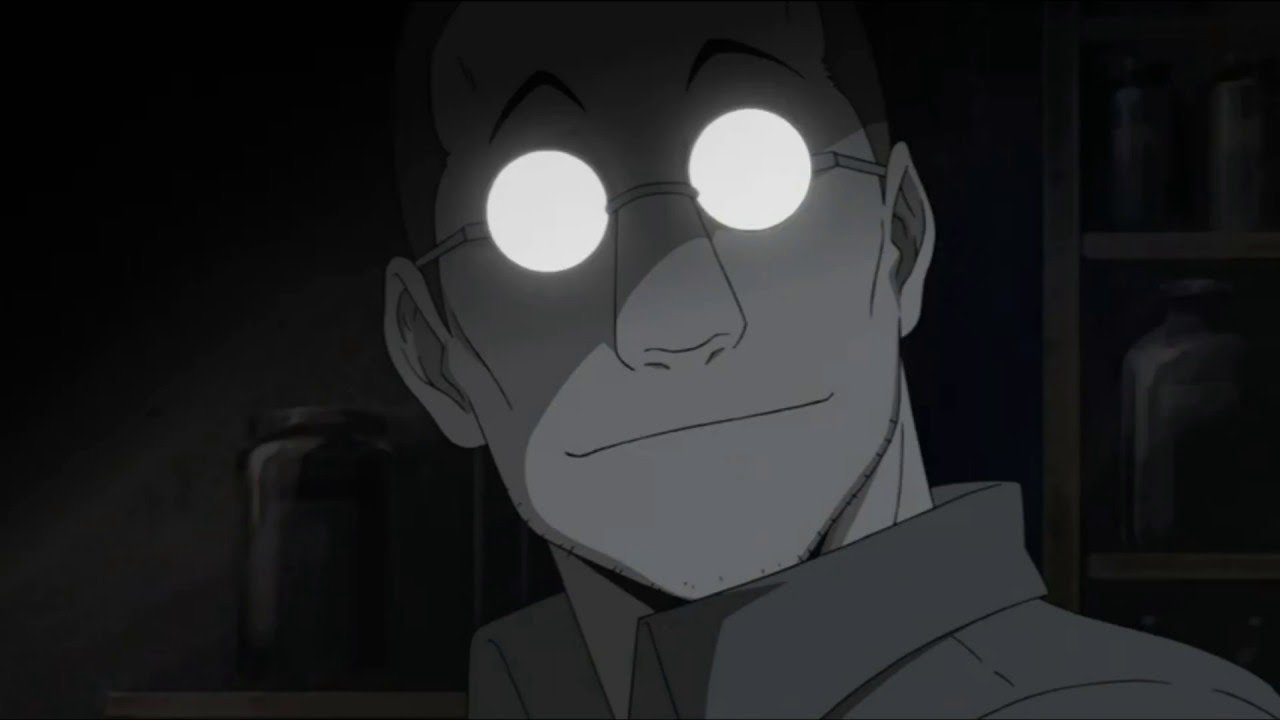 Shou Tucker deserves all the hate fans have against him. I just hope that any upcoming anime does not create any character as bad as this one. Just the mere mention of this guy boils the blood of the whole anime community let alone his sight.