Raj Kundra is visibly wearing a mask in public, and fans are curious to know why he is doing so. Raj was totally abashed by media and tabloids in India after the controversy of his shooting illegal sexual videos in 2021.

He has recently been released from police custody but is still managing to stay in the headlines with his outfit choices as he travels to and fro in Mumbai. Back in October and November, during the Diwali celebrations among all the Bollywood celebrities, Kundra was one of the major ones to attend.

Although, he would only be seen in public with his masked outfit, and this raised the curiosity of a lot of fans who wanted to know the reason behind this choice of his. Although, every query came to an end when Raj Kundra himself arranged for a session of questions and answers where he replied to most of the fans and even explained why he was going through with the mask in the first place.

Along with the outfit, he also answered queries about the allegations which were made against him about the pornographic content. The entire session also ranged from questions about his wife, Shilpa Shetty, and also about his sister-in-law Shamita Shetty. In a nutshell, you can assume everything that was asked about his life by the fans, and he gladly answered them all. But the biggest query was the mask, and it was soon resolved. 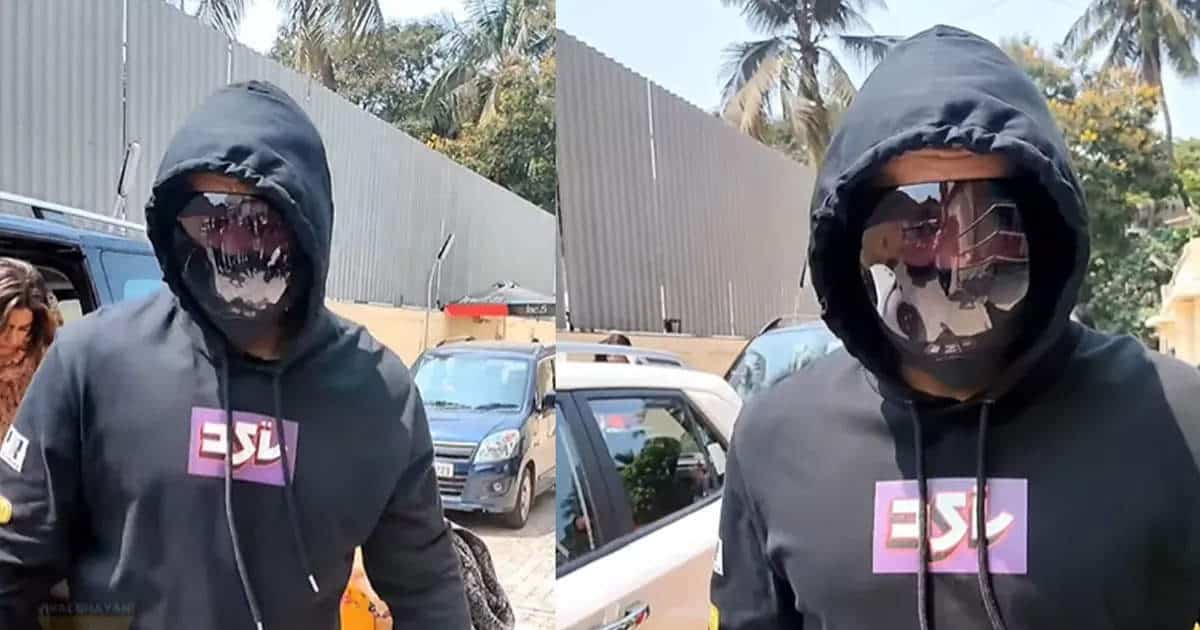 Raj Kundra with a mask in public

Why Does Raj Kundra Wear A Mask in Public?

Raj Kundra cleared that his sentiments were hurt by a huge media trial arranged for him, and thus, the businessman has vowed never to take off his mask in public ever again. He says that he does not wear the same in front of his friends and family.

Although, he does one when stepping out in the media attention because that is everything that the paparazzi are going to get from him now. Raj further described that he just does not want his face to be clicked by the media ever again because he is very upset and disappointed with the way they all handled the allegations against him.

He says that the media is not above the law, and the trial which they put him on with his whole reputation at stake was worse than the legal proceedings. The hashtag mask man starred went viral on Twitter, with fans asking Kundra to show off his entire mask collection.

It is because he has been spotted wearing a variety of masks whenever he gets out of the house. As a reply to the same, Raj Kundra said that his mask collection is growing way too big for his cupboard to handle, although they shall come out when he steps out as well. Raj Kundra is donning yet another mask

Coming to the allegations in which he was involved, a fan asked Raj about how did he get himself involved in such and what is the real truth behind it all. To this, Raj said that all of these things are going to come out soon and shall be explained.

Although, he swears off to the fact that he has never made anything pornographic in his life ever. For people who are wondering what happened to Raj Kundra, here is what went down in the past.

What Happened to Raj Kundra?

Back in the year, there were grave allegations made against businessman Raj Kundra about creating illegal pornographic films and content. The allegations further stated that he used a mobile app called HotShots for the same.

Shilpa Shetty’s husband being a successful businessman, these horrific claims brought a lot of shad to the whole family, and they had to put up with a lot of legal proceedings in order to clear Kundra’s name.

Although, the worst part was the media. They put Kundra through a lot during these proceedings and already claimed that he was guilty. This has hurt his sentiments, and after he is out of custody, Kundra shows his disappointment through the masks.

Also read: 54 TV Shows You Should Watch If You Liked Dexter