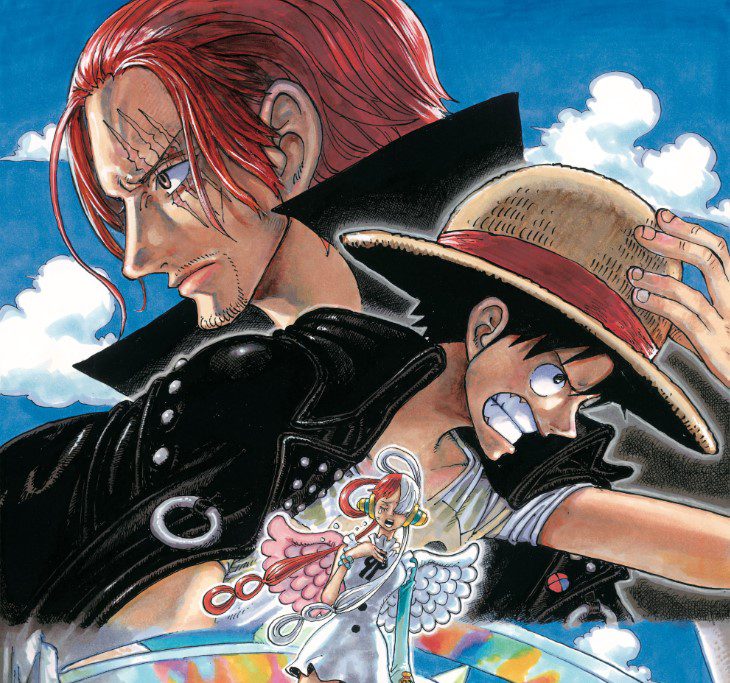 A year ago, One Piece Film Red was announced to celebrate the release of 1000 episodes of One Piece anime. The teaser and trailer are out, making this film gain popularity, and the fans fall in love with it. One Piece has been ongoing for a while, and there are few upcoming films like this one before it ends. It premiered at the end of July 2022 in Nippon Budokan, Tokyo, and this was the best celebration of One Piece’s 25th anniversary. Still, it will release theatrically early in August 2022 in Japan.

The story begins with a shocking truth, and everyone gets to know that Uta is Shank’s daughter. Uta gets ready to build a new era that brings happiness and peace to the whole world. She believes no one will suffer again and invites the whole world to her singing con concert. The day of Uta’s show arrived, and when she was singing, she used her singing abilities to touch the hearts of many and send them to the dream world that she could only control. 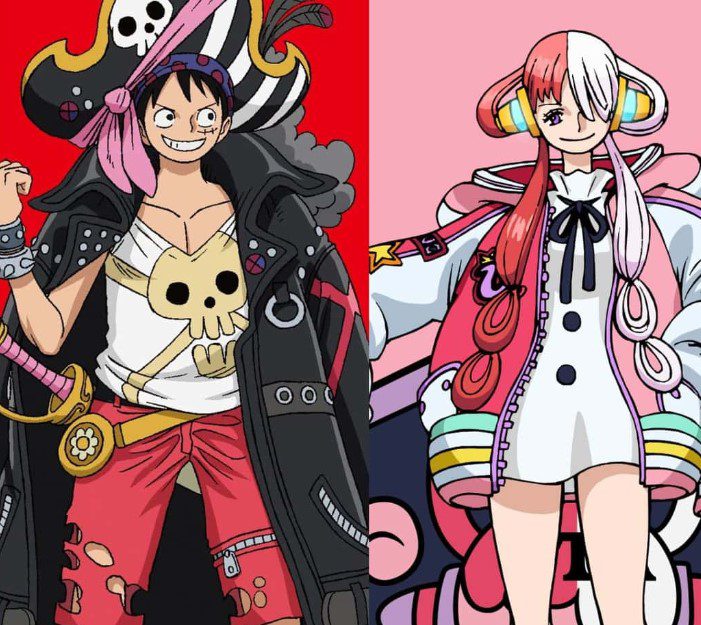 The fans saw the world that Uta wanted to create, and for everyone to come off the spell, she had to fall unconscious since they would stay in the dream world forever. Uta realizes she can trap everyone in the dream world by killing herself, and her dream will come true. She ate a special mushroom that would make her not fall asleep or unconscious, resulting in her death and achieving her goal. However, this special mushroom will make her rampage and lose control of her emotions before dying. The Navy learns the truth about Uta and sends their people to spy on her during the concert.

The CP agents, Coby and Helmeppo, and others have sneaked into the concert to deal with Uta. But Uta managed to trap everyone and started to rampage while attacking a Tenryubito that tried to kidnap her. Still, Uta refuses to let anyone out even though they don’t agree with what she is doing. Coby and the others try to stop Uta by helping Robin and the Straw Hats find a way to break Uta’s spell. Luffy and the others learn that they have to make Uta wake up an ancient monster to break the spell that connects the real world to the dream world. But the Straw Hats and the others have to defeat the ancient monster from both worlds at the same time.

Red-Haired Shanks Reunite with His Daughter

This worries Gorosei since Uta is holding everyone in the dream world, and they believe that Shanks can stop Uta. Later Shanks arrives to stop Uta. But Uta uses innocent people as bait to stop them from attacking. Shank and his crew learn that the marines are in action and have surrounded the area while shooting innocent people. Shanks and Uta get angry that innocent people are getting hurt. Uta summons the ancient monster to finish everything. The Straw Hats, Law, Brulee, Oven, and others are also in action in the dream world. Shanks and crew are inside the concert with the marines and Katakuri. 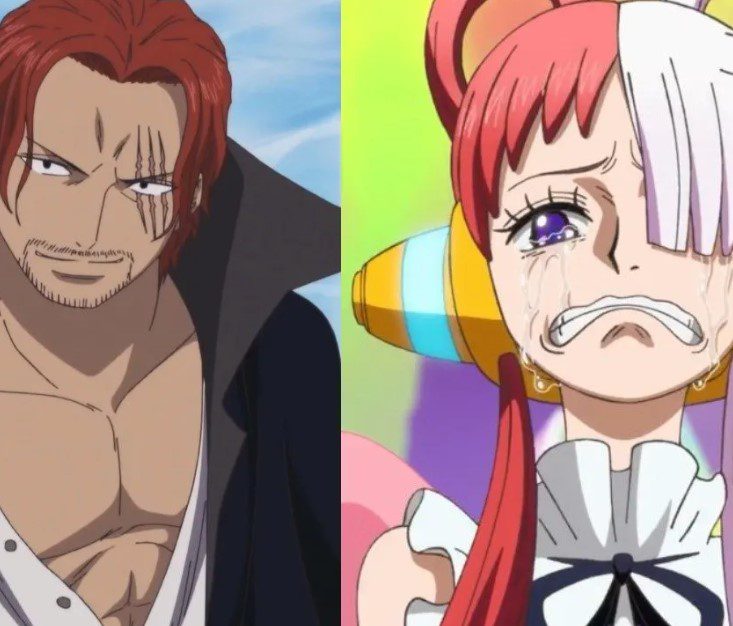 They team up to attack simultaneously to defeat the ancient monster together. Katakuri uses his Kenbunshoku and reveals that he can see Brulee in the dream world for a few seconds. They discover how they will attack while Usopp connects with his father Yasop after awakening his Kenbunshoku. They tell each other how they will start to attack. After a few minutes, they attack, and Luffy and Shanks land the final blow on the ancient monster. However, it was too late. Even though they defeated the monster and Uta was on the brink of death, they would remain in the dream world forever.

Shank decided to save Uta and give her the medicine that would put her to sleep, but Uta wanted to wake up. She decided to help everyone even though she might sacrifice her life. The marines get closer to Uta, believing that her powers are dangerous, but Shanks uses his  Haoshoku to send the marines away. The marines escape and avoid starting a war. Everyone is free and returns to the real world while Shanks and his pirate crew take Uta. The Straw Hats get ready to leave the Island. Later Luffy wakes up on Sunny and realizes he didn’t meet with Shanks. This ended Uta’s songs when she reunited with her father, Shanks.

This film will focus on Uta, the world’s best and most beloved singer. She is the daughter of Red Hair Shank and plays an important role in the upcoming film. Uta has been hiding for a long time, and she will appear at the concert for the first time. The concert will be filled with Uta’s fans, but the Navy will sneak in and watches closely. Luffy and the rest of the Straw Hats will be around to enjoy Uta’s performance. 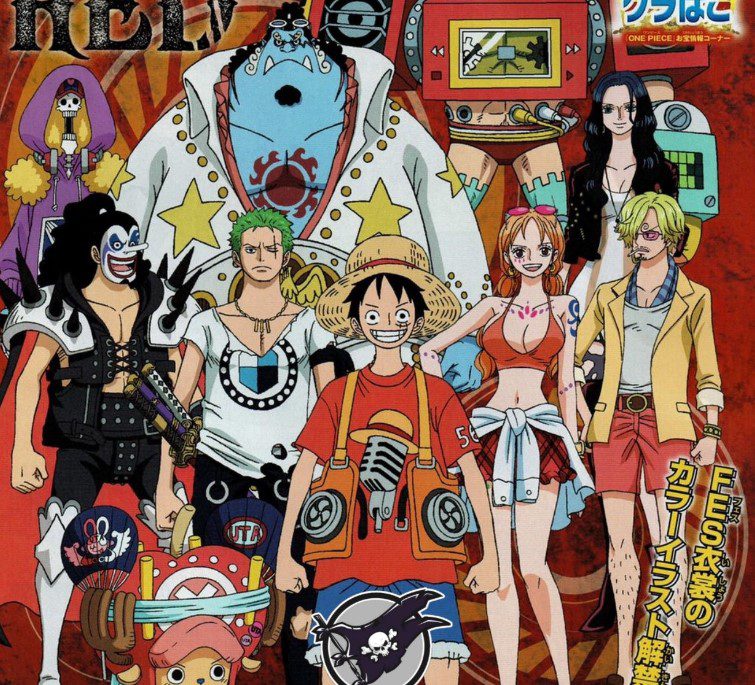 The fans have been waiting to hear Uta’s voice, shocking the world that Uta is Red-Haired Shanks’ daughter. Uta has long white hair with a few red colors resembling Shank’s hair. She loves to wear a white dress with a set of headphones. Uta is one of the strong female characters whose dream is to build a new era of happiness and peace using her voice as a singer. But Uta became desperate when Shanks left her at a young age since the two were close. However, Uta also had other dreams and goals that she wanted to achieve.

Mayumi Tanaka voices Monkey D. Luffy, and Luffy leads his pirate crew to the concert to support Uta. But Luffy has no clues about what Uta has been thinking. Uta wants Luffy to stop being a pirate for some undiscovered reasons. Roronoa Zoro, Nami, Usopp, Sanji, Tony Tony Chopper, Nico Robin, Franky, Brook, Jimbei, Red-Haired Shanks, Gordon Kenjiro, Romy, and Yorueka are one of the main characters that played an important role in this film. They help build a beautiful plot that made many want to hear Uta singing for the first due to her abilities that caught everyone’s life.

Shanks and Uta are father and daughter who got separated when Uta was young. This affected Uta since she loved being around her father. But her relationship with her mother was not revealed. But Uta and Shanks have traveled together to the East Blue, where Uta befriend Luffy. Uta became a popular diva after releasing a song called “New Genesis.” Uta gained more popularity using Den Den Mushi, which touched the hearts of many people worldwide. 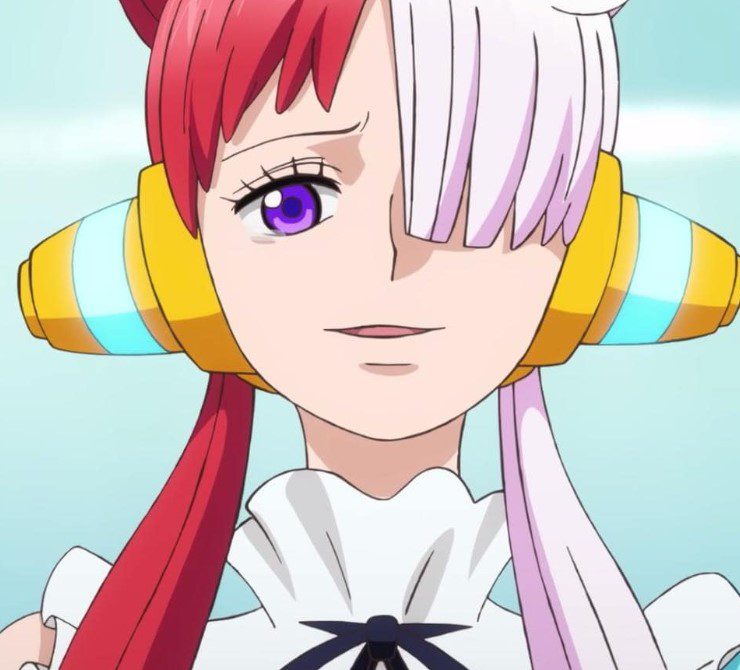 Shanks loved his daughter dearly even though he got separated from her for some reason. Uta possesses musical powers that control people. However, Uta and Shank’s relationship will reveal more as One Piece continues. Oda created Uta to have a female star character in One Piece. It is available online for those who have not checked out the film’s trailer.

Also Read: When Is One Piece Ending? The Biggest Battle Yet To Arrive