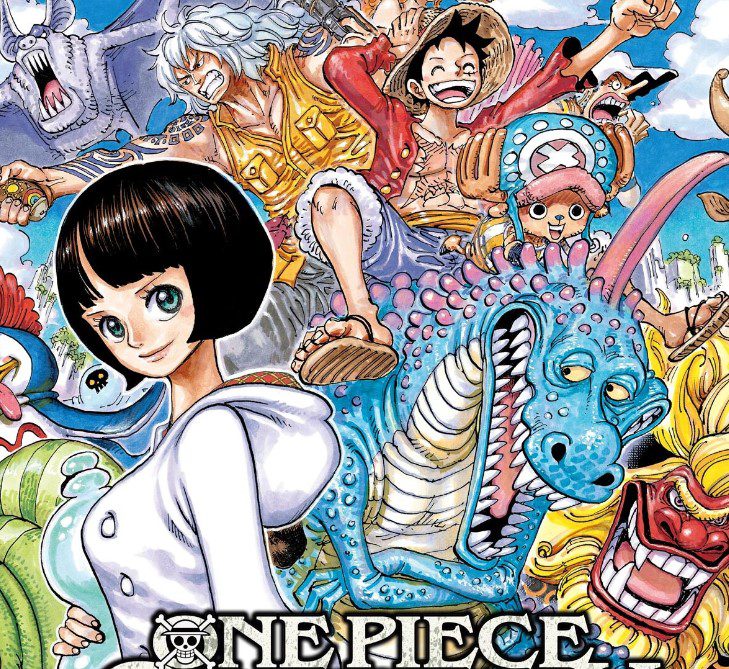 When Is One Piece Ending?

One Piece has been ongoing for a long time, but the end of the manga seems nearing. However, the anime is far from catching up with the manga and reveals the best moments in Onigashima and Land of War. We are all familiar with two Emperors of the Sea vs. The New Generation that is taking place in anime. But the manga has already passed since Luffy defeats Kaido and Big Mom. Even though Luffy has conquered many rival pirates’ crews, many things will happen. Some fans might say Kaido vs. Luffy was the best battle ever.

But there are many battles that you can still count on since One Piece is continuing even after the fall of Big Mom and Kaido. But we will discuss the ending of One Piece, and we know that many fans might be curious about it. If you watch anime, you will realize that things are taking long, but the manga is at a fast pace, and Luffy, along with the Straw Hats, is left with a few tasks before One Piece ends. When One Piece begins, Luffy’s dream is to become the King of Pirates and collect the famed treasure of One Piece.

But that is still far from happening since many mysteries, and interesting battles must be revealed. One Piece continues as usual in manga and anime every week, revealing the best inserting moment, but you will learn new things about One Piece below. Some manga and anime fans might not want One Piece to end since it has become interesting, but it will be good to know how Luffy will achieve his goals and if One Piece will have the best ending. Let’s learn more about One Piece’s latest news below.

Before we discuss the ending of One Piece, let’s start by looking at the latest update of One Piece from both anime and the latest manga chapters. In anime, One Piece has reached the entertaining stage where Orochi has returned for revenge, and his goal is to make Kaido pay. Meanwhile, Luffy, Law, Captain Kid, and Zoro suffer from Big Mom and Kaido’s wrath. Big Mom and Kaido have an upperhand during the battle, and they have begun to dominate Luffy’s side. That happened in the latest episode of One Piece. But we all know that the manga has passed since Luffy has already defeated Kaido. 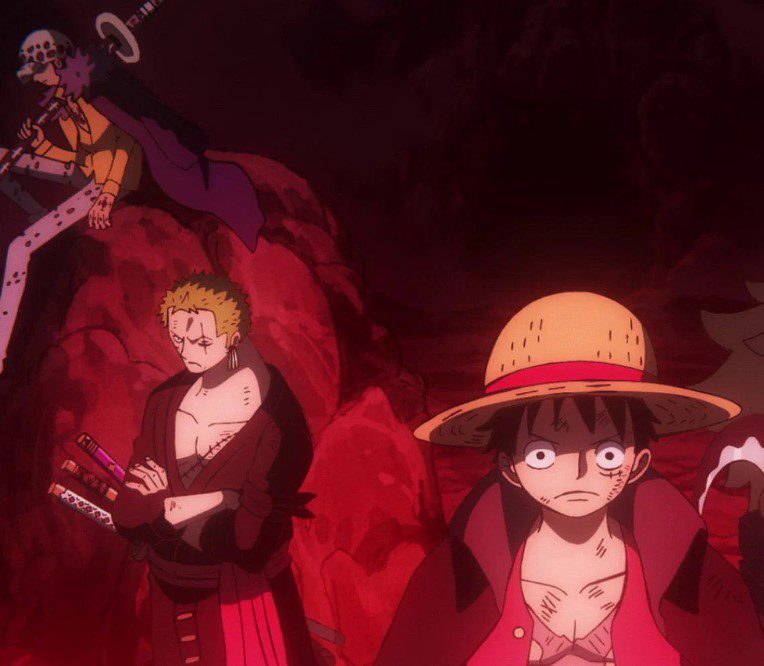 In the manga, One Piece has reached another stage where Kinemon and the other Red Scabbards have noticed that an intruder is coming, and Kinemon tells others to deal with intruders. We also say Ryokugyuu was walking alone, wondering about something, and he met with Yamato. Shanks and his party also appear somewhere near the sea and recall something. He also talks with Lucky Roux and Howling Gab about solving something. At Navy Headquarters, Akainu talks with an unknown marine, Kizaru, and Kurouma.

This has become interesting since Akainu has vowed to deal with the pirates and settle the score singlehandedly. The next chapter will arrive soon, and many mysteries are yet to be solved. The manga is far from anime, and the anime will catch up soon since that war is far from over. One Piece is available every week unless it takes a break, and the new war will begin soon, and this might be more entertaining than the Onigashima battle. However, Luffy has become powerful, changing the pirate world. Let’s find out below if One Piece is nearing its end.

When Is One Piece Ending?

Oda is doing a great job revealing mysteries after the fall of Kaido and Big Mom. This has changed One Piece since Luffy has gained new powers, and we know the secret behind his Devil Fruit. One Piece is far from ending since there are still many powerful pirates like Black Beard, who is Luffy’s rival, and the Navy wants to eliminate all the pirates, including Luffy. One Piece has reached the stage where the fans might think everything will happen quickly and it will end soon. 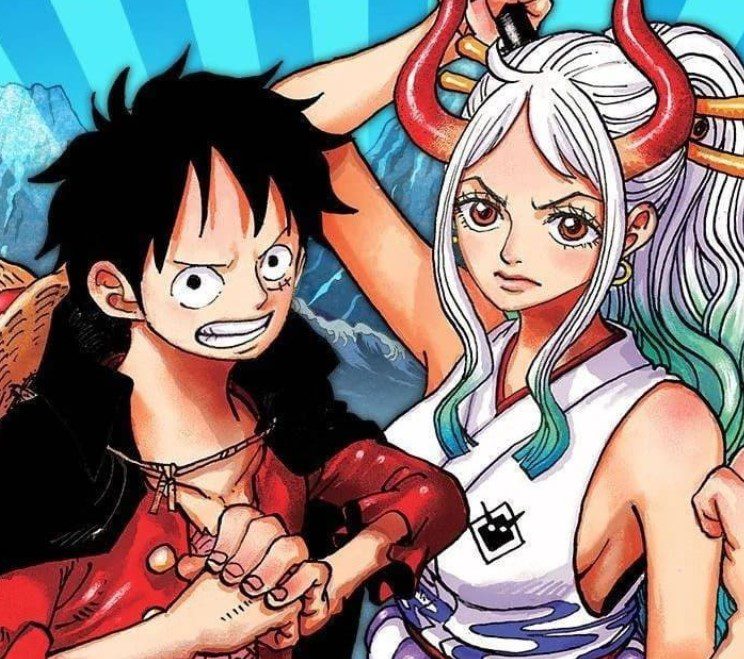 But you will realize that Luffy is far from achieving his goals, and he still has many battles to win before he conquers the pirate work and becomes the King of Pirates. The manga has already reached more than 1050 chapters, and it is possible that it can surpass more than 2000 chapters since many things have to happen. It is very hard to tell when One Piece will end since Oda has not revealed the ending of One Piece. But Oda has predicted when One Piece will end. Oda has also revealed that One Piece manga has reached 80% of its plot, but many things will happen.

But One Piece could reach more than 100 volumes. Oda has many plans for One Piece, and in 2019, at the end of the year, Oda has predicted that One Piece manga will end between 2024 and 2025. He also said that the ending of One Piece manga would be what he has decided in the being, and he is committed to it. But if One Piece fans predicted the manga’s ending, he is willing to change it. Oda has been planning this for the last five years, and his plans have remained the same since no one has ever predicted how One Piece will end. Also, many One Piece fans fail to predict what will happen in the next chapters. 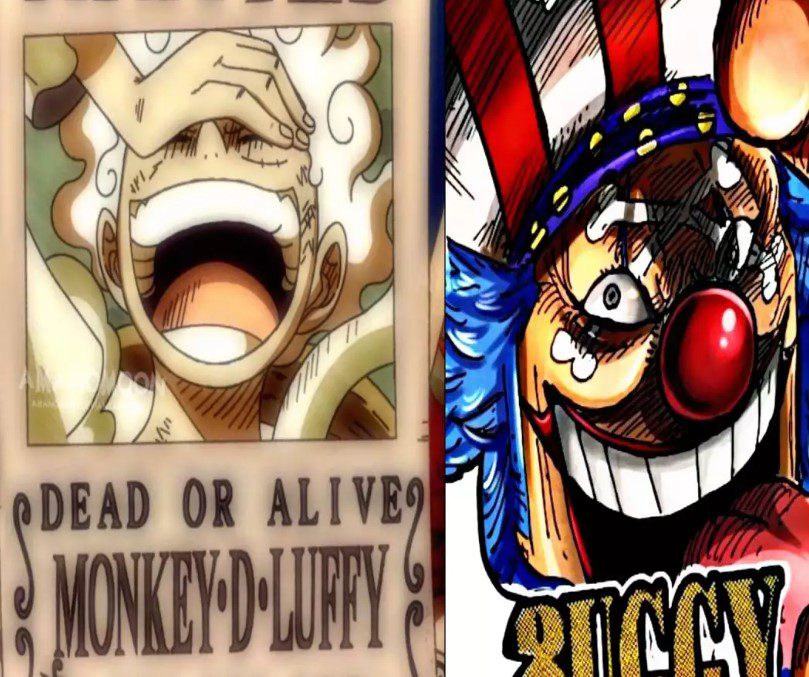 This is interesting, and Oda deserves praise for doing a great job. At the end of 2020, Shueisha announced that One Piece was about to reach the final saga, and this supports Oda’s statement, which means 2 to 3 years are left for One Piece to conclude. You can be curious as a fan about One Piece, but only Oda knows everything and his plans unless something new comes up in his mind, and he might decide to change everything since he doesn’t want his plans to be spoiled. We will see everything that Oda has planned from the being when the One Piece manga end. Make sure not to miss any single detail about One Pice since the final stage is nearing.

Luffy has gained new powers during his previous last battle with Kaido. We all know how Luffy and other pirates reached Onigashima to defeat Kaido. This led to an intense, interesting battle that revealed many things and mysteries about different pirates, including Luffy and Kaido. This battle helped Luffy to surpass his limits since he vowed not to be defeated again after Kaido defeated him twice. This battle changed the history of One Piece after Luffy’s Gomu Gomu no Mi was revealed to be Hito Hito no Mi: Nika.

When the powers of Hito-Hito no Mi: Nika awakens, Luffy’s appearance changes. He gained the powers that made Kaido respect him. Luffy has become unstoppable after gaining this new power. This helped him punish Kaido, and no one knew that Luffy possessed such great powers since they only knew that he was an ordinary rubber man. This power also helped Luffy’s bounty rise after the battle, and many talked about Luffy since he became the headlines after defeating Kaido. When Luffy used this power, he transformed the legendary “Sun God” Nika. 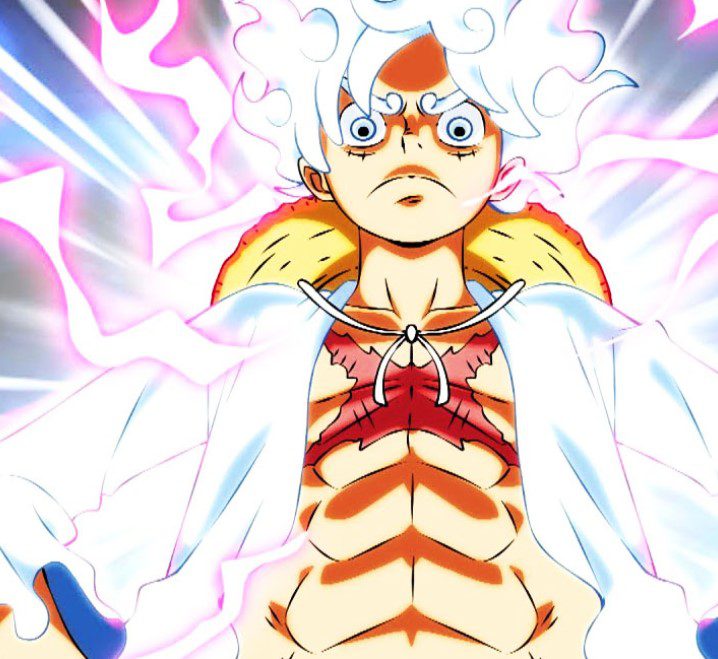 The government thought they had hidden that devil fruit, and they were unaware that Luffy had swallowed it, and when he revealed that power, they regretted it since they knew that they had been hiding it for 800 years. Luffy’s new power changed the pirate world, and the government recruited Buggy to be on their side since they also wanted to stop Luffy. These new powers have led to the aftermath of the great Onigashima battle, and the new war will begin soon. This was interesting since no was expect Luffy to become a powerful pirate, and they were afraid that Luffy would change the world. He became known as Joy boy after his new powers awakened.

One Piece is about Luffy; we cannot talk about the end of One Piece and leave Luffy out of this topic. We hope One Piece fans will be satisfied after knowing when One Piece will end, but Oda will reveal the end date since he has made predictions of the final stage of this best manga. However, you can wait for the best ending of this manga. That is what we have about the latest update of One Piece.

Also Read: Best Selling Manga Of 2022 That You Should Not Miss