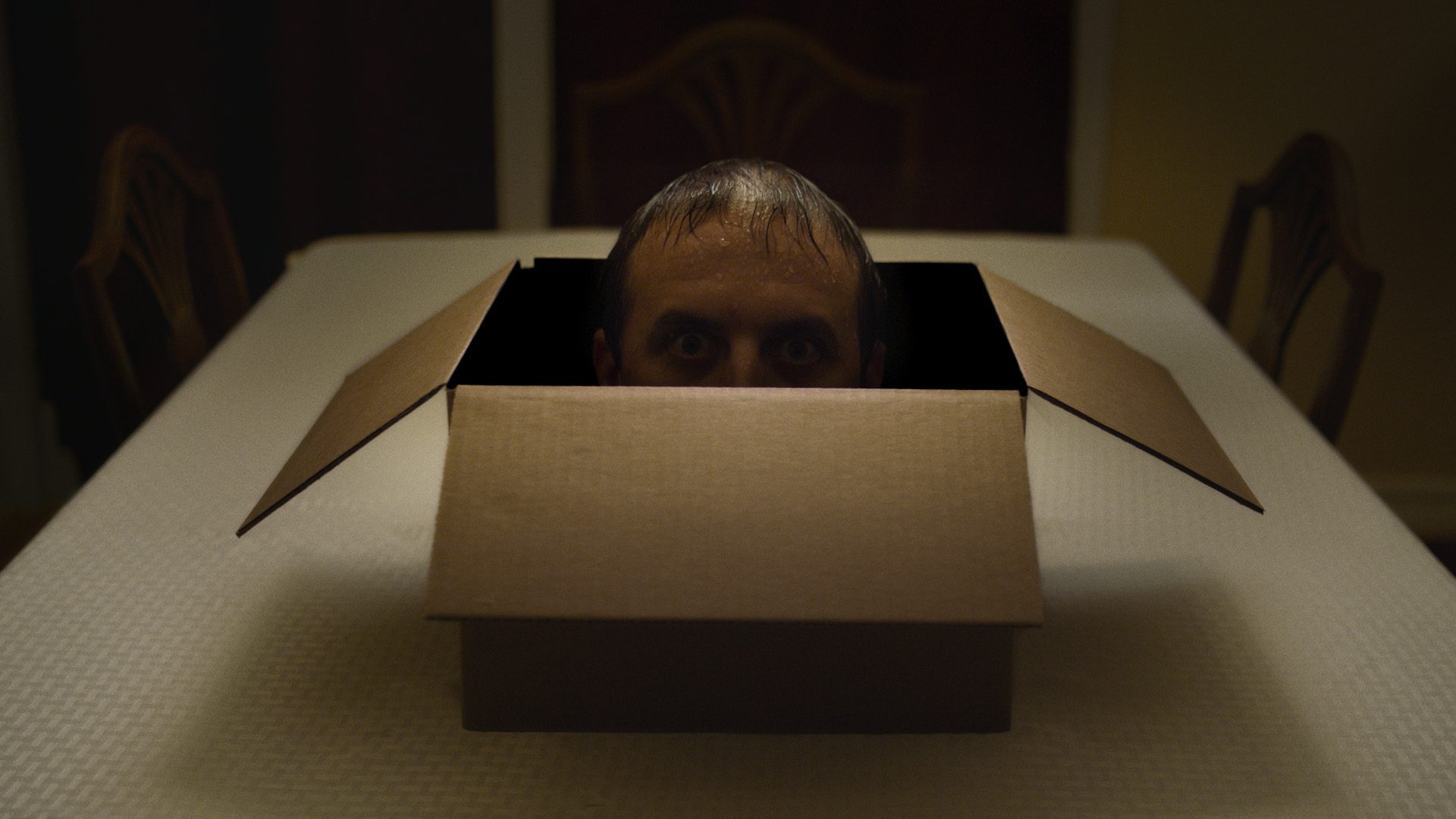 Other Side of the Box

Other Side of The Box ending has to be the creepiest short film that you can watch in 2022. Uploaded on Vimeo, the story features just four characters. It does not have a lot of films, but we can surely say that the actors did their part well in the story. In the beginning, we see Bena and Rachel cooking together. Rachel is a beautiful young woman with blond hair, and she is stirring the pasta sauce. All this while, Ben is beside her cutting up broccoli. The two are making dinner together. It seems like they are a couple with the occasional flirting and kissing. Although, their playdate gets paused when someone rings the doorbell.

In the background, we can see the decorations of a Christmas Tree, and it looks like the holiday season. As Ben peeps through the window, he announces that the person at the door is Shawn. It is not clear who this mystery man is and what relation he has with Rachel. Although, this makes their mood bad, and Rachel says she does not want to talk to Shawn or meet with him. Thus, Ben goes out to take care of business with him. The two have an awkward meeting, and he comes into their house but with a package dearly wrapped.

The two have some small talk, and Shawn reveals that it was Ben’s mother who told him where they lived. Given that he is holding a box in his hand, the audience is focused on that. Through their conversation, it seems like Ben and Shawn know each other well and might have been friends in the past, given that his mother gave away the address so freely. Shawn asks if Rachel is at home, and Ben lies about it, saying she went to her parent’s house to help with all the decorations. 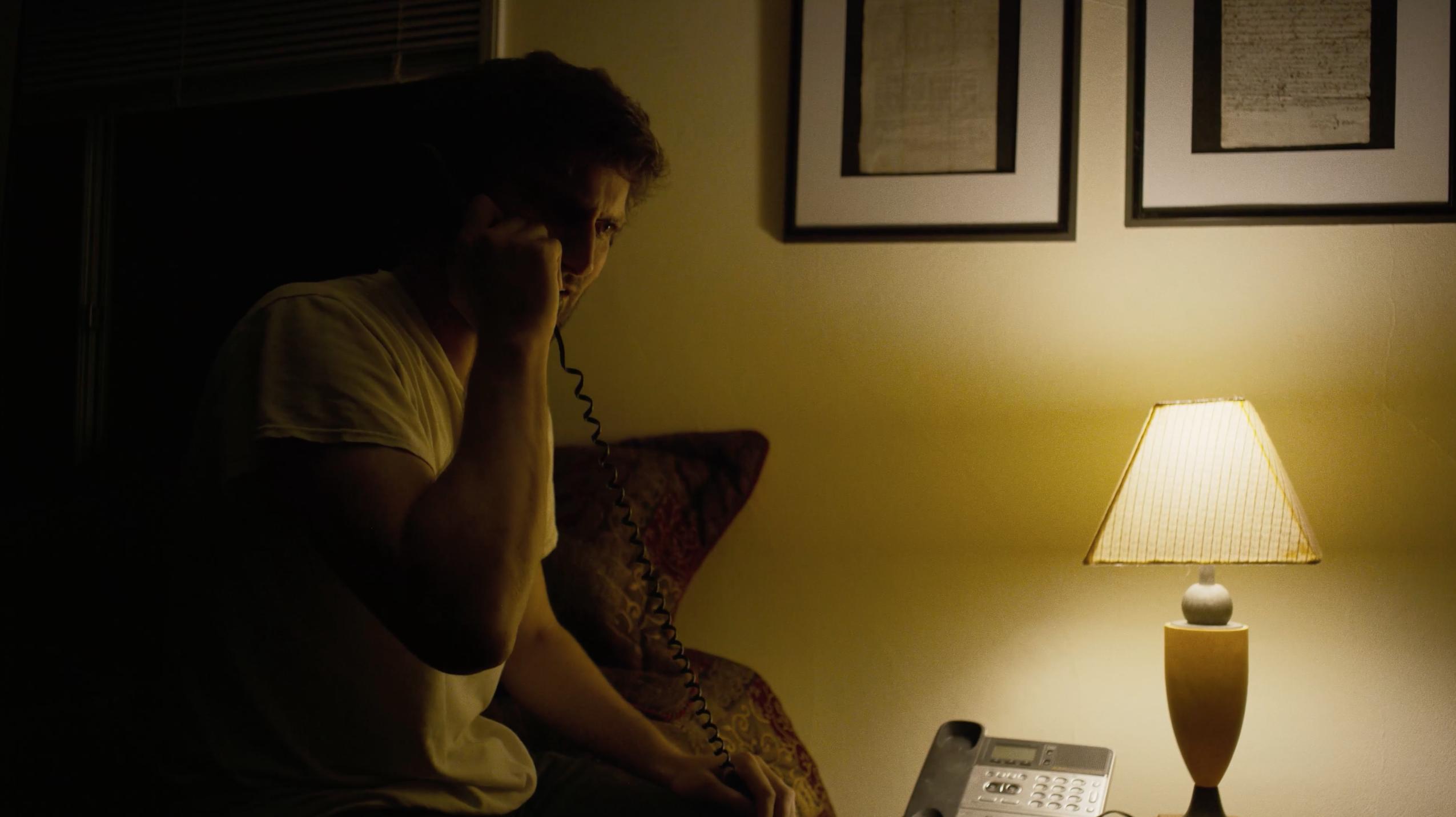 Other Side of The Box ending

Now, Shawn persuades Ben to open the box. When he tries to read the letter, Shawn instructs otherwise and asks him to read it afterward because then it will all make sense. When he opens the box, there is nothing but darkness inside of it. Shawn leaves in a hurry without an explanation, and this makes Ben feel awkward. He tries some stuff with the box like using a torch to look at what is inside, but there is nothing except pure darkness. He drops in a pencil, which just goes in.

Other Side of the Box Ending Explained

Rachel and Ben start talking about what this box might actually be. This is when the pencil drops out of the box, and the head of a man appears. He looks quite creepily at Ben. The note from Shawn says that he must look at the creature at all times and never take his eyes away. He also apologizes for giving him the box but says he had no choice regarding the same.

Now the real story begins. The creature or the man inside the box can come out if Ben and Rachel look away from him. Thus, Shawn places Rachel on the guard of the box. All this while, the man echoes the voice of Shawn from before when the box might be at his house. Shawn says that Ben should not leave the house. Well, Ben does that and goes out in his car looking for Shawn. That’s it about the Other Side of The Box ending.

Did The Creature Kill Ben?

He finally picks up the phone and says that he has no idea how the box operates and that he just had to get rid of it. Shawn then starts panicking when he understands that Ben is out of the house because only he can stop the creature from coming out. This probably means that something has happened to Rachel. Despite Shawn deliberately asking Ben not to go back, he disconnects the call and takes a U-turn to his house.

When back home, Ben figures out the chaos that has fallen upon Rachel. The entire house is in darkness, and thus, he takes a flashlight and searches the basement where he hears Rachel’s voice (Possibly the creepy man repeating it). He sees the man taking a shower and tries to escape. Although, the stairs are blocked by some shadowed monsters which also follow the pattern of the creepy man and move when they are not being looked at. Ben had to take his eyes away from the man to look at the creatures, and this time, the light went off. We can only imagine that Ben has died and possibly become one of those creatures.