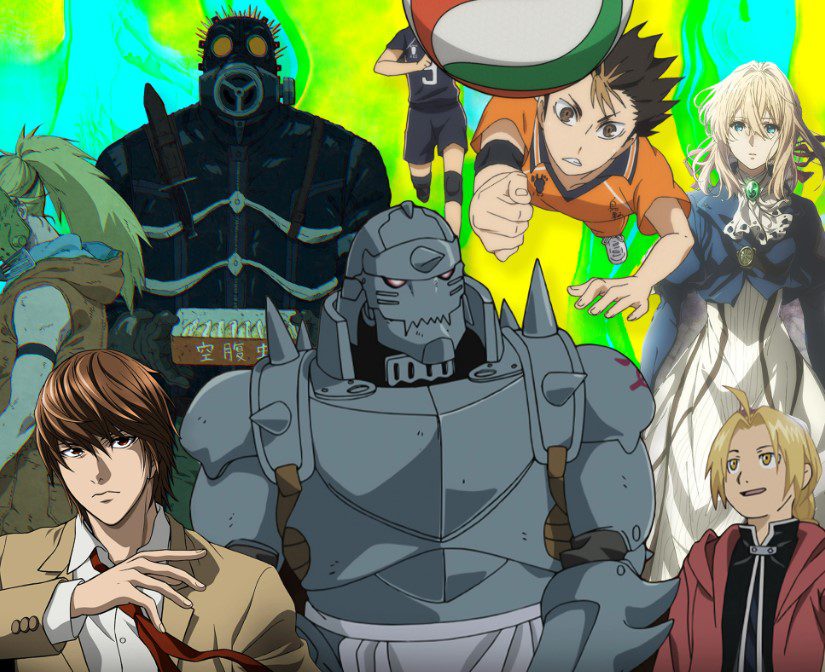 If you remember animes like Vinland Saga, Food War, and Black Lagoon, you will realize what we are talking about when we say best-rated anime series. We know that many popular animes fit to be on the list below, but we have decided to give anime fans new things that they don’t get every day. Most of the anime series we will discuss have concluded, and once you know about them, you will realize they are worthy of watching.

The anime world has become the best thing ever, even though they are adapted from manga, which keeps the fans entertained. This is another great experience for anime fans who love to watch the best anime series, and they will know which best-rated anime is worthy of being watched. There are many anime recommendations that you can also watch, which are similar to the one on the list below. Let’s find out what are the best rated anime series below. 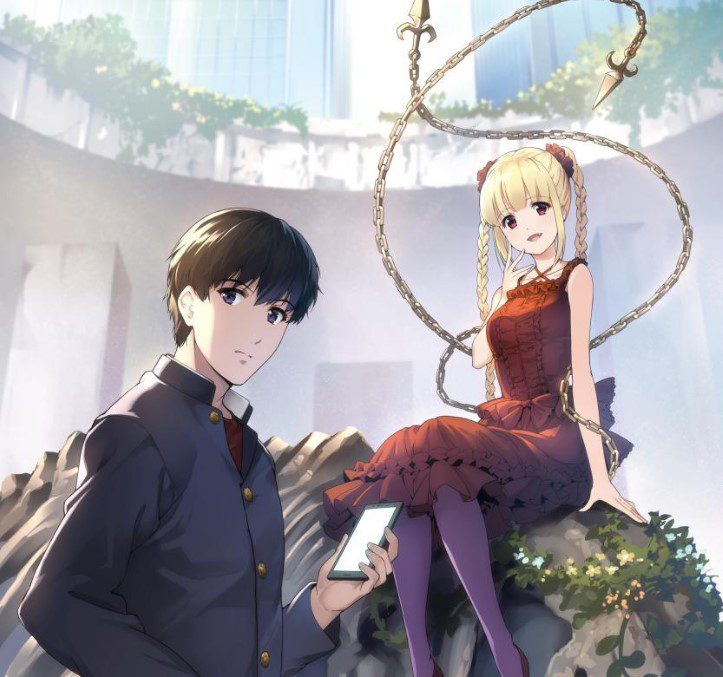 Kaname installed the app, and he became part of the game where different players battle each other using superpowers called Sigils. He has no clues about the reasons for his invitation, and he must survive the furious battles against the powerful players.

Kakegurui has a community rating of 7.58 and 3553 ratings. This is one of the best poplar anime series. The story takes place at Hyakkaou Private Academy, which is for the privileged. Most sons and daughters from wealthy families attend this academy, and it is not booked smarts or athletic prowess that keep them ahead. But reading their opponent is one thing that puts them ahead. They host many competitions where students who win live like kings, and the losers face struggles. However, Yumeko Jabami enrolled in the academy and decided to teach the students what a high roller looks like. 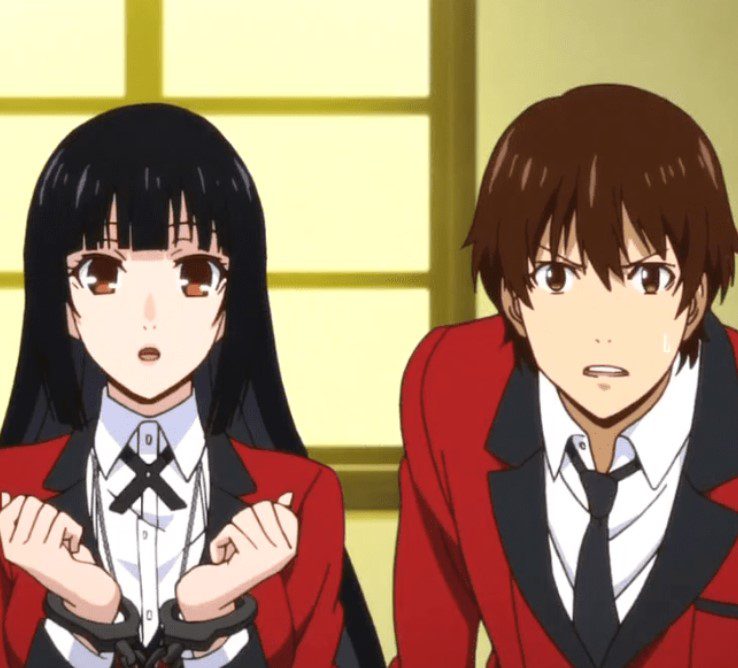 Great Pretender is one of the best action adventure comedy anime series. It has community ratings of 8.28 and 1903 ratings. Great Pretender reveals the life of Masato Edamura. He is one of the greatest cheaters who cheated many business tycoons and got away with it. Masato Edamura became Japan’s greatest swindler and teamed up with Kudo. They become one of the greater duos in Japan and attempt to trick a Frenchman in Asakusa. 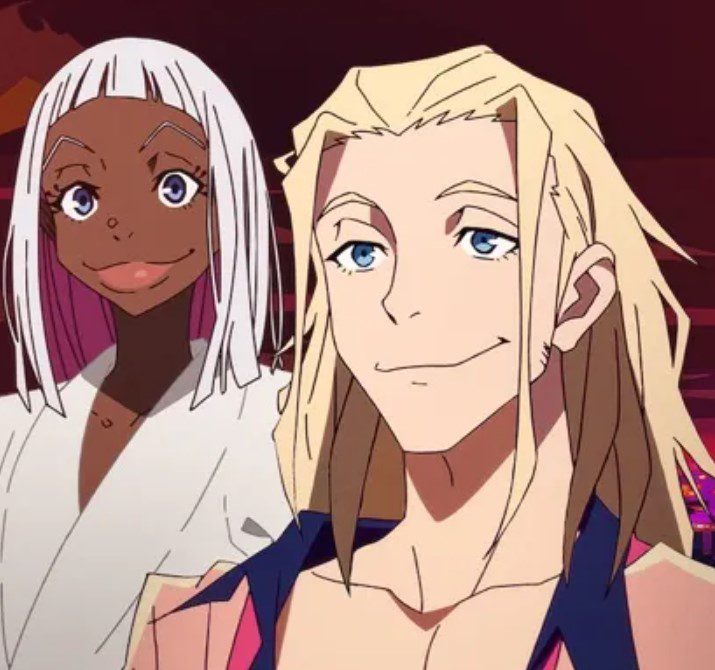 But things backfire when the trick doesn’t work, and they must come up with another idea. They learn that the Frenchman they tried to trick was Laurent Thierry, who controls the mafias. But Edamura has many plans in store and is yet to find what awaits him after messing with the  Frenchman.

Dororo is the best story of a samurai who cut his newborn son’s organs and sold them to forty-eight demons since he wanted powers to dominate on the battlefield. However, the abandoned son survived after a medicine man helped him. The boy grew up and decided to hunt down the demons that had parts of his body. During his journey, he met with an orphan who was revealed to be the greatest thief in Japan. The young hero’s goal is to confront his father after collecting all his body parts from the demons. Dororo has a community rating of 8.53 and 5020 ratings. 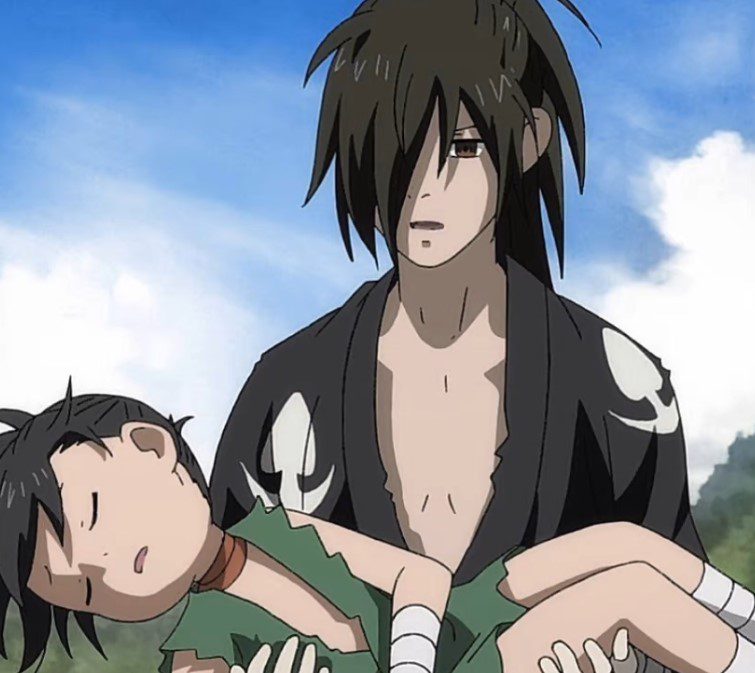 Devilman: Crybaby is a story o boy named Akira Fudo who hears the rumors about the revival of the demon that will conquer the world. Ryou Asuka is Akira Fudo’s best friend who explains everything about the nearing revival of the demon. Akira realizes that humans can’t defeat demons, and the world will be in the hands of evils. Ryou reminds Akira that one can gain mysterious powers after fusing with the demon. Akira believed it was a great solution, and he became a Devilman, a creature with the heart of humans and the power of demons. 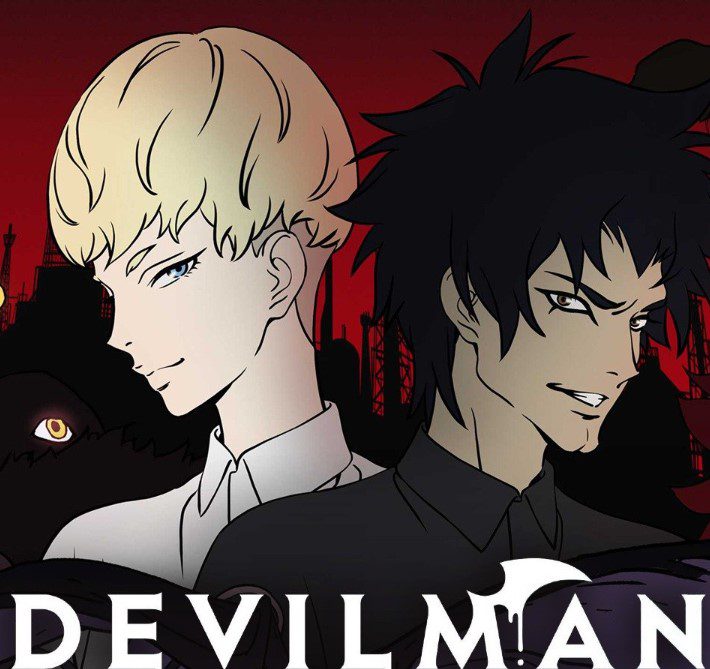 It has community ratings of 7.77 and 823, and this is one of the best rated anime series. The Daily Life of the Immortal King is the story of a cultivation genius who always achieves a new realm every two years, even when he was a year old. Wang Ling is about to be immortal with prowess far beyond his control and imagination. Wang Ling has turned 18, and he is yet to face his greatest battle. He got enrolled in  Senior High School the challenges began popping up after one another. 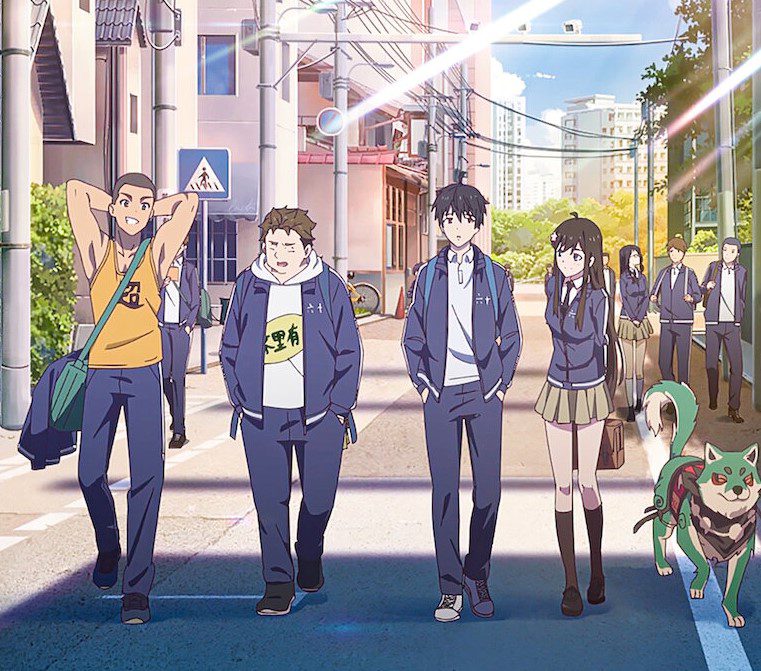 High-Rise Invasion has a community rating of 7.14 and 571 ratings. This is another best rates anime series that you can enjoy watching. This is one of the best action horror anime that has many mysteries. High-Rise Invasion is a story of a beautiful young girl named Yuri. Yuri was relaxing alone and disturbed when she saw a masked creature cutting a man’s head open using an Axe. 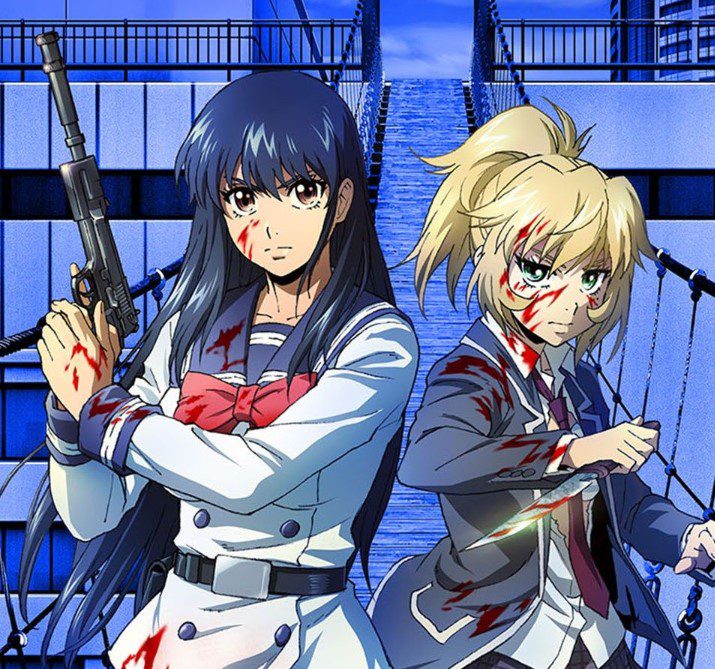 She realizes that she saw something that doesn’t happen daily at school and knows there is a mystery. Yuri was later surprised when she appeared in a mysterious world of skyscrapers. She learns she has two options: to return to her world, defeat the mysterious masked figures, or die.

Record of Ragnarok is one of the best-rated anime series. It has a community rating of 7.41 and 735 ratings. The war took place seven million years ago in the era of Years of Human Civilization which was coming to an end. The Gods from different worlds assemble every thousand years in Heave to attend the “Conference of Mankind Survival.” The Gods conclude and agree to end humanity since they have done something foolish in the past. However, before the Gods give the final verdict, the eldest of the 13 Valkyrie sisters, Brunhild, came with a solution since she can’t agree and asks the Gods to test humans. 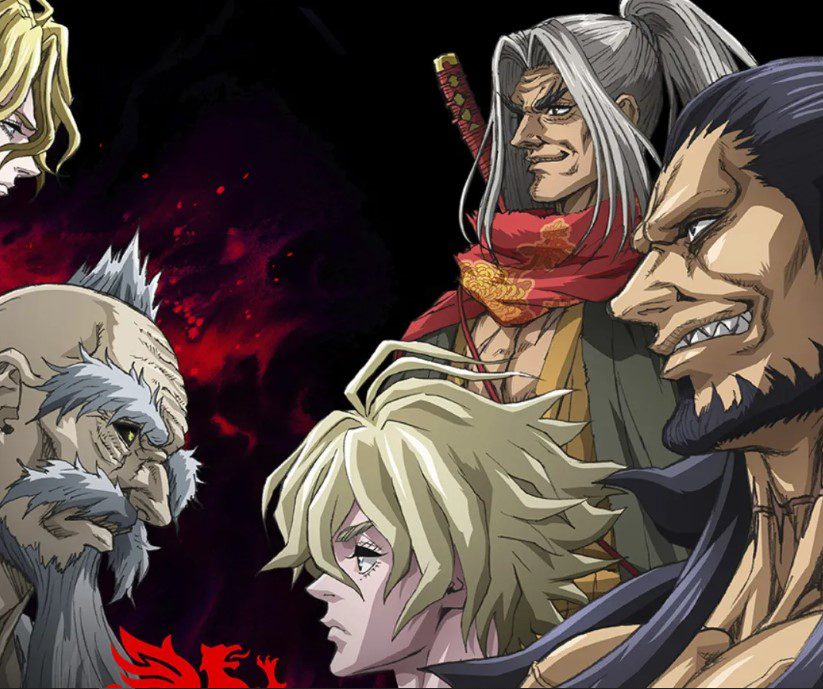 Brunhild suggests they must have a tournament of God vs. Humankind called the “Ragnarok.” The strongest champions from different worlds will battle with the strongest Gods from different worlds in a 1v1 battle. The tournament winner will be the first team to win seven out of 13. Some of the Gods believe that a man can’t defeat God. They didn’t like her ideas and stared at her. Brunhild provokes the Gods and teases them that they are chickens since they are scared of humans. The Gods felt disrespect and accepted the challenge. Brunhild and her sisters head out to different worlds to choose the most powerful man to face Gods. The greatest battle between God and man begins.

It has a community rating of 7.74 and 231 ratings. This is one of the popular martial arts anime series that focuses only on combat. Baki is famous for his martial arts techniques. He has been battling many powerful opponents until he defeated everyone and realized the time had come for him to battle with his father, Yujiro Hanma. Yujiro is well known for being the strongest creature in the world, and Baki realizes that he has to do something before facing his father since he might be defeated with a single blow. 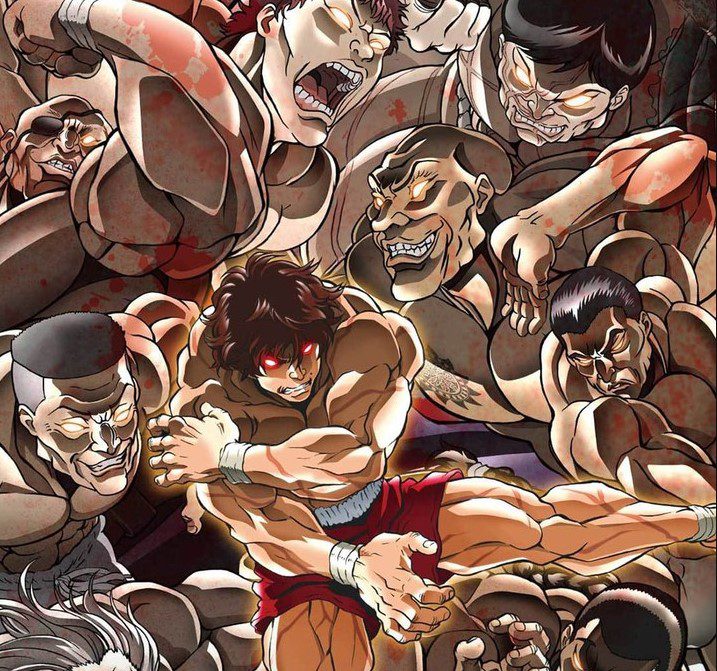 However, Baki begins to train with Biscuit Oliva, also called Mr. Unchained as his sparring partner. Oliva is locked inside the prison called the “Black Pentagon.” This is the place for the most violent criminals, and Baki decided to get imprisoned for him to train with Oliva in the Black Pentagon. But many strong fighters await Baki, and they challenge him.