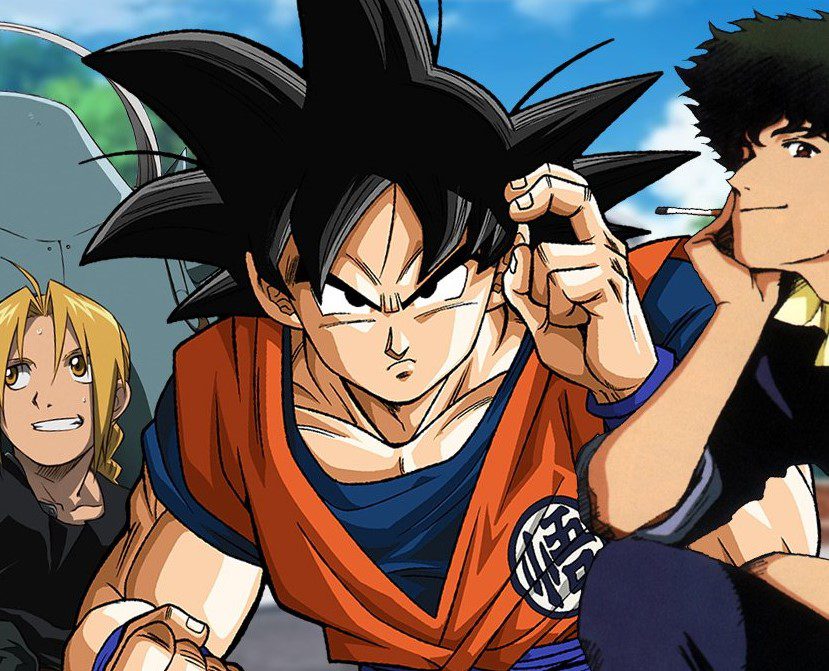 Top Anime with Best English Dub is rare to find since many animes have not revealed their anime dubs. But there are the best animes you can enjoy watching with English dubs. Some fans might think that the English dub is better than other dubs, but it depends on which animes since some of the English failed to make the best action or scenes similar to other dubs. However, there are many things that you will like after watching the top ten anime with the best English dub.

The Seven Deadly Sins is one of the best anime with the best English dub. When you watch or stream this anime dub, you will realize that you were missing many things since you didn’t understand it well when it was in another language. The English dub of this anime reveals interesting fights, and you can concentrate when you watch them since it feels better than watching and reading simultaneously. 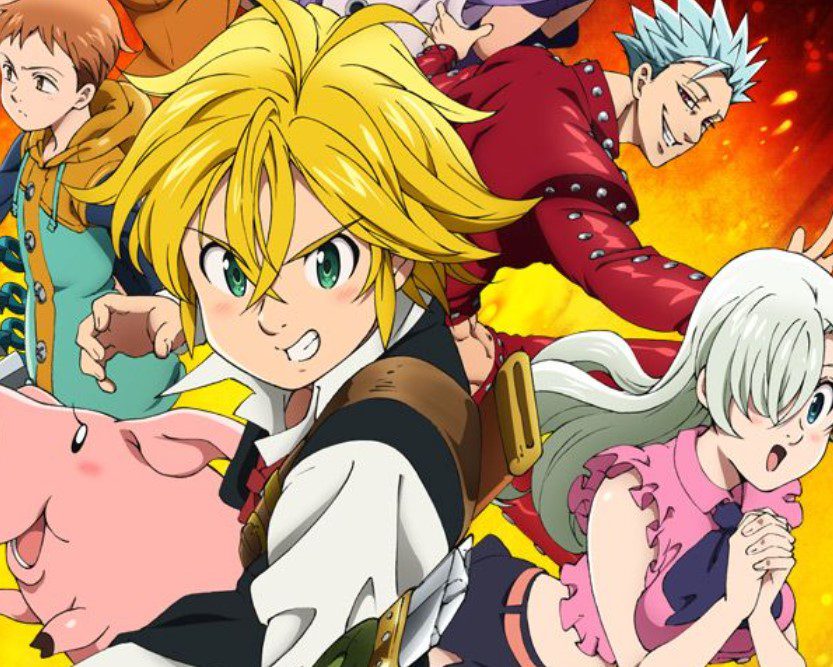 Those who have watched it will agree that this anime has the best English dub and makes the battles inserting. Those who forget about this anime are about a boy named Meliodos who became the strongest being and assembles seven other deadly sins members to atone for their sins. Princess Elizabeth also played an important role in this anime. If you are interested in watching the English dub of this anime, you can watch it online on Netflix.

Is It Wrong to Try-to-Pick-Up Girls in a Dungeon?

Is It Wrong to Try to-Pick-Up-Girls in a Dungeon? It also topped this list as one of the best English dub anime that became popular. This is a story of fearless adventures in Orario, who enters the mysterious underground labyrinth called the Dungeon searching for wealth and fame. Bell Cranel is one of the adventures who have other bigger plans than wealth and glory. Bell battles with monsters hoping one day he will meet the fateful girl. However, luck was on his side to meet with a mysterious girl, but things didn’t go as planned. 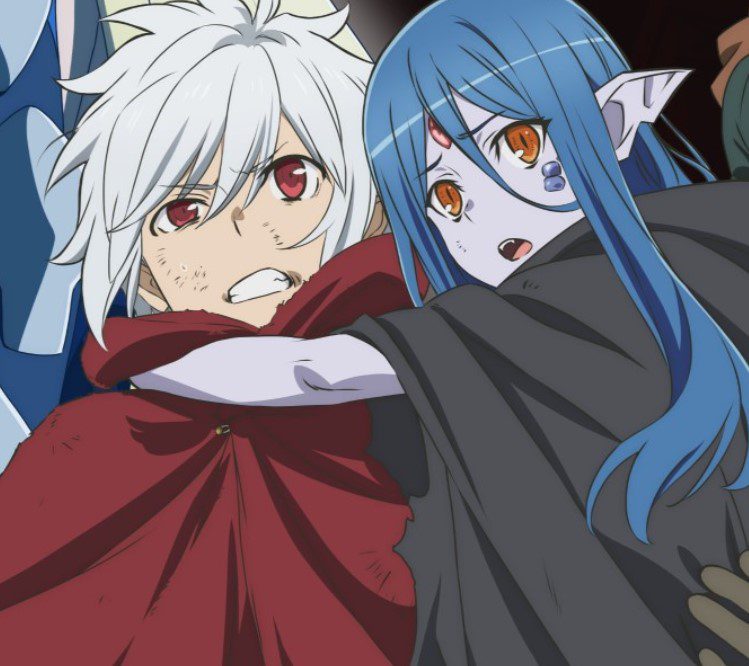 Is It Wrong to Try-to-Pick-Up Girls in a Dungeon?

The lovely story of Bell and a goddess begins as they both try to achieve their goal even though it seems possible. The quality and tone of the English dub of this anime are the best to watch, and you will begin to love it once you have watched it. Sometimes you will realize that dupped episodes help the anime fans understand the anime well since sometimes, in non-dupped anime, you fail to understand everything. Is It Wrong to-Try-t- Pick Up Girls in a Dungeon? English dubbed episodes are available online on Crunchyroll or HIDIVE.

This one has the best English dubbed episode that is interesting to watch. My Hero Academia Elish dubb anime gained popularity online after the Japanese ended. Anime fans wanted to know more about it since it became popular after it was introduced in Japanese languages. If you remember the dupped episode when Deku saves Eri, you will realize that My Hero Academia is the best-dubbed anime you will enjoy watching. 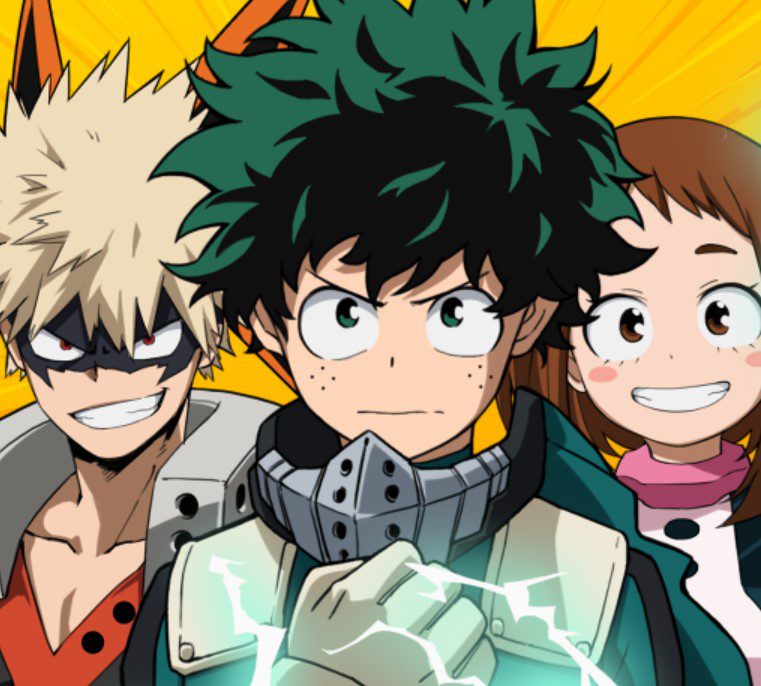 My Hero Academia Englis dubbed episodes are still in popular demand. This is an interesting story of heroes who uses a weapon called Quirk to fight villains. But Izuku Midoria, aka Deku, is an exceptional student born with no Quirk but ends up wielding the most powerful Quirk to save the world. You can watch or stream My Hero Academia English dub anime online on Crunchyroll.

Black Clover Englis dub became popular since it was introduced to anime fans. The stories with each episode made the English dub interesting since they have the best quality, and everything was easy to follow. The battles between Devils and Magic Knights were interesting, making the English dubs the best. Black Clover is the story of Asta, an anti-magic boy who wants to become a Wizard King. You can watch the English dub episode online on Crunchyroll. 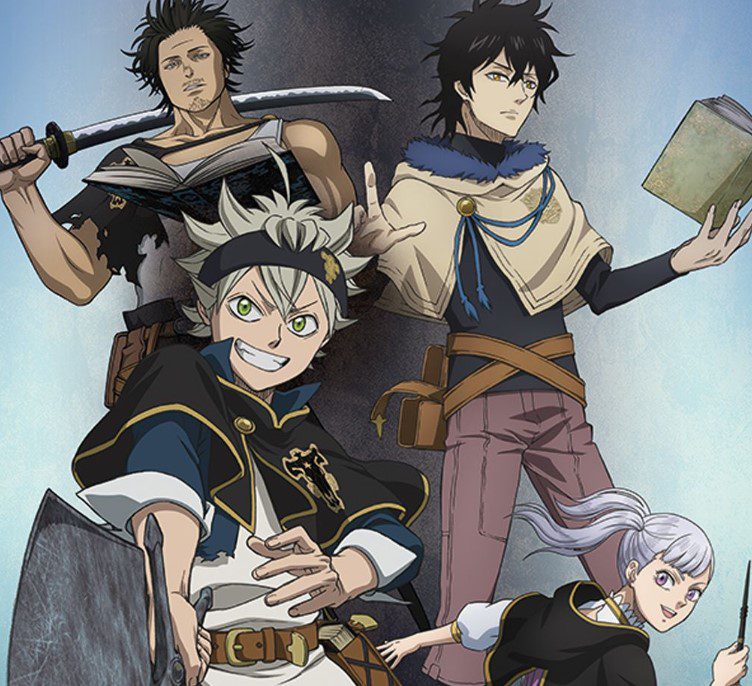 Naruto: Shippuden became popular after the end of the Naruto series. This draws many anime fans to be inserted in watching this anime English dubbed episodes. Naruto: Shippuden is one of the anime with the best English Dubbed episodes. This is the continuation of the like of Uzumaki Naruto or TYeam 7 as Naruto tries to protect everyone and become the Hokage. This is the most interesting one since Naruto became the Hokage after defeating countless enemies and also managed to fulfill his promise and bring Sasuke back. 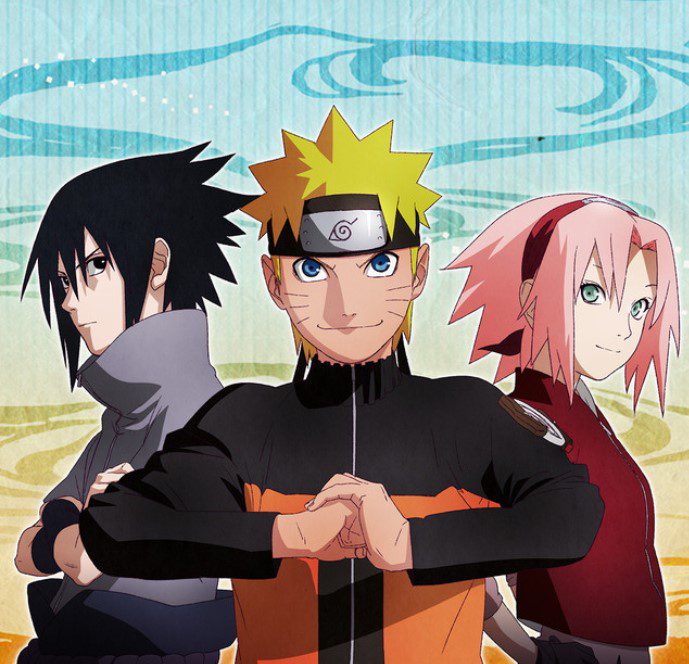 Also Read: 10 Best Anime Movies To Watch With Your Girlfriend

Fullmetal Alchemist: Brotherhood has promising best action that is interesting to watch. The dub of this anime became one of the most talked about dubs. It also revealed an amazing cast and the best stories that are entertaining. This is the story of two siblings who lost their mother and vow to save each other after the war. The dubbed episodes are available on the official website. 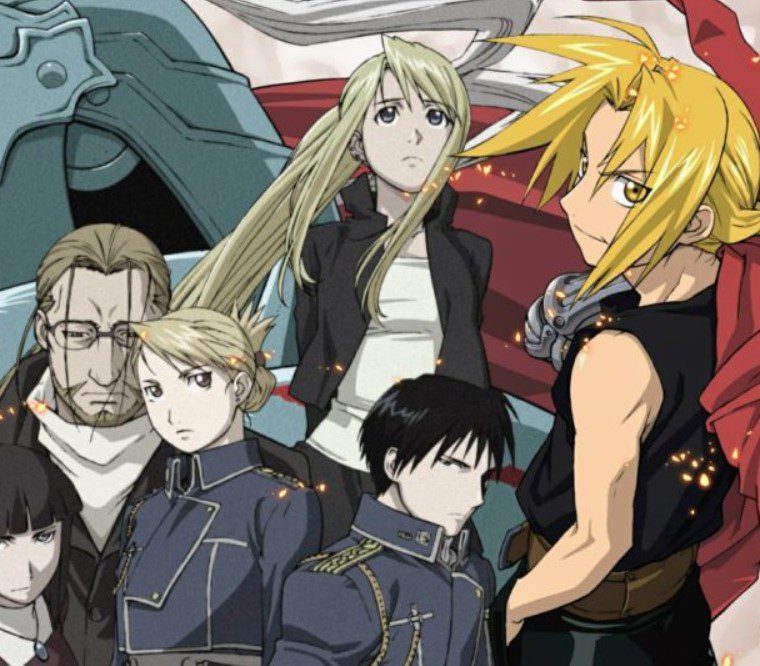 Dragon Ball Z became popular and was the most watched anime of its era. This anime has the best English dubbed episodes that reveal Goku’s life. Many fans were eager to watch the English dub episode since they wanted to know about Son Goku from childhood. This is an interesting story of Son Goku, who became the first Earth Saiyan. If you remember how Goku fought with Frieza or Vegeta, you will realize that Dragon Ball Z is the best English dub anime. Even though it was followed by other Dragon Ball series, this remained the best.

Overlord is another best anime with the best English dub that is funny to watch. This anime revealed the life of veteran game player Momonga who stays logged in until the clock hits zero. Momonga’s life changed when he arrived in the online world of Yggdrasil. He realized he had become powerful and decided to take over the world using his powers. Momonga conquered the Dungeon and embraced a new identity as the fearsome mage Ainz Ooal Gown. Overlord is available online on Crunchyroll. 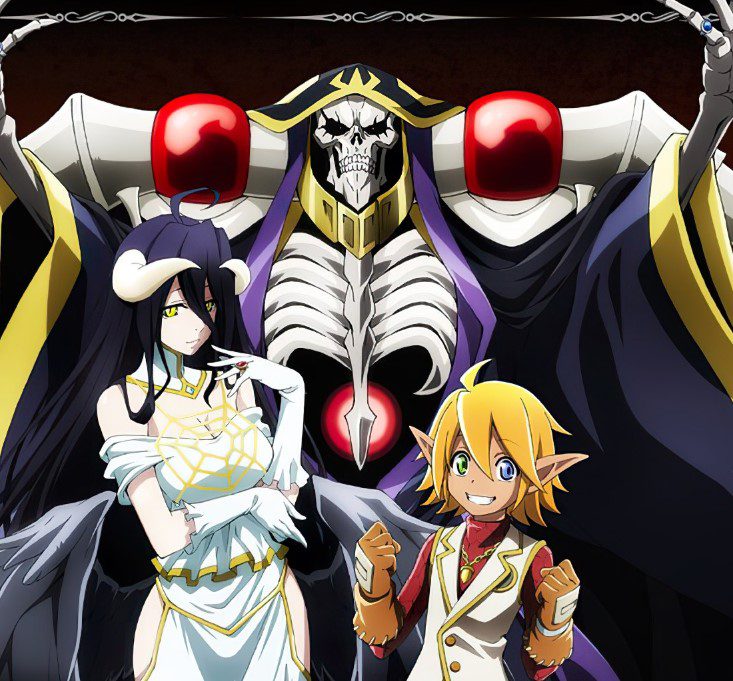 Noragami is an action comedy adventure anime that has the best-dubbed episode. This is an interesting story of Yato and his friends who have goals. Yato is searching for Divine Weapon to achieve his goals. You can watch this anime on Crunchyroll, and it is one of the popular anime with the best English dub. 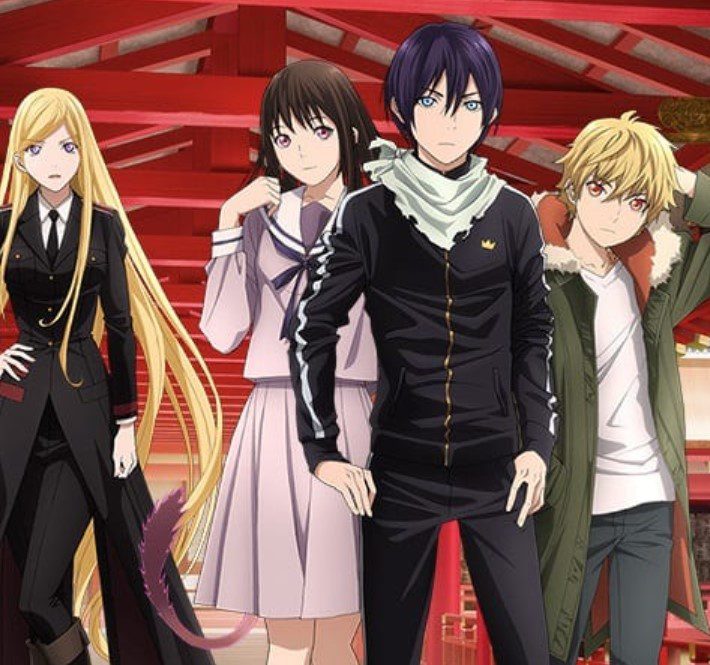 The Rising Of The Shield Hero 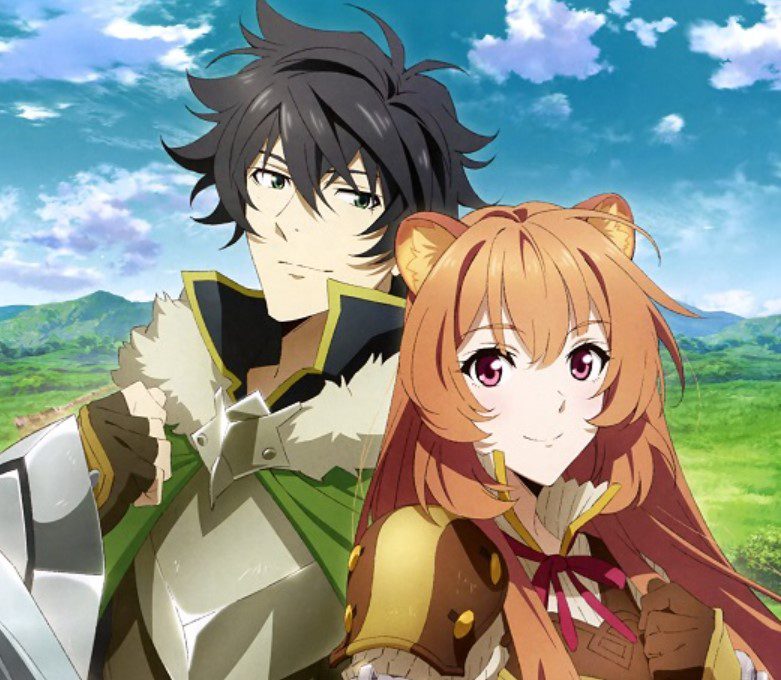 The Rising Of The Shield Hero

There are tons of best anime with the best English dubs that you can still enjoy. However, we decided to discuss the most popular and watched English dubbed animes. You can also check out animes like The Devil Is A Part-Timer!, How Not To Summon A Demon Lord, and others similar to the ones on the list.

Also Read: Best Short Manga For Beginners That You Should Try Out