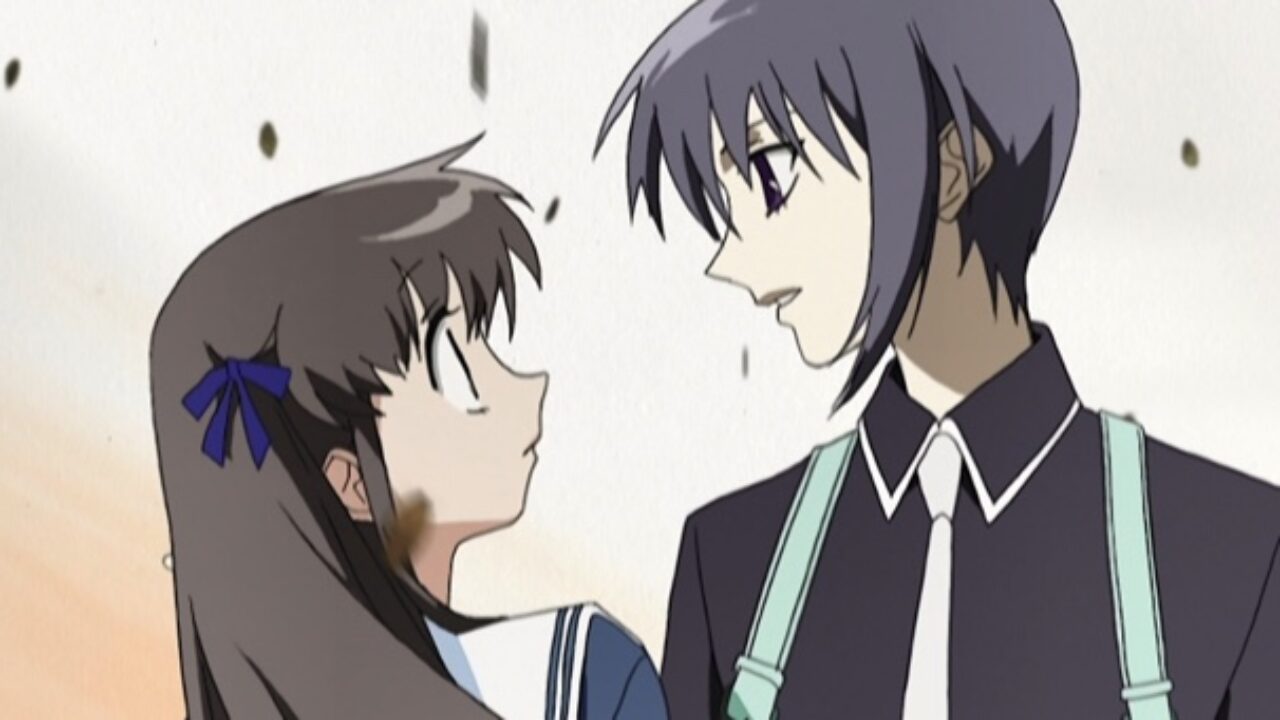 Top 10 Adult Romance Manga is among the best mangas with interesting romance. This is fun to read since most storylines explain everything that happens in the mangas with the best adult romance. But we will look at the ten best adult romance manga you can read anytime. Some of these mangas are smut manga with the best romantic comedy, revealing the dark side of true romance. Adult romance manga never hides deep romance, and some might find it inappropriate for the young ones to read. This is an interesting topic for mature or adult manga fans.

Don’t Let Your Guard Down Around Young Men!

Don’t Let Your Guard Down Around Young Men is known as Kono Toshishitakun, Yudan Narana Itsu. This is the story of a beautiful young lady named Sumire who is always in trouble at work. Sumire never had a boyfriend since childhood, and she is now turning twenty-five years old with no one in her life. She begins to think about the kind of men she will get and if the day of her blossom will ever arrive. However, Sumire’s life changed when Hayato, an intelligent man who can speak five languages, appeared in her life. 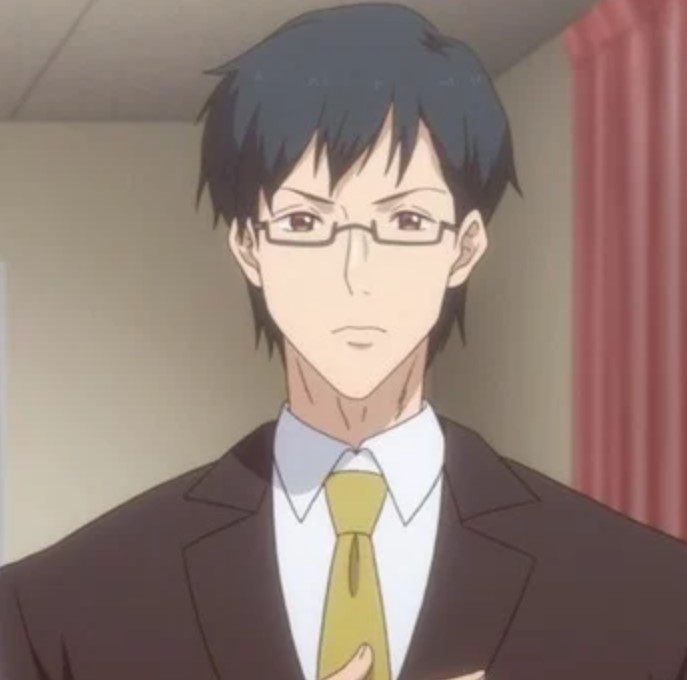 Don’t Let Your Guard Down Around Young Men!

Hayato is very educated and joins Sumire’s company as a new part-timer. This was good luck for Sumire since Hayato always gets Sumire out of trouble, and one day he discovers that Sumire is a virgin. He decides to make changes and asks Sumire if she is ready to try it. Hayato convinces Sumire that he is good in bed and reveals that he will stay in the same house with her. Sumire was scared since this was happening for the first time in her life. But things begin to get more interesting when Hayato teaches Sumire the world of romance, and he takes her deep into a dark romance that she has never seen in her life.

Living in Confinement with a Comforting Guy

Kazuma has always been nice to Ayano, but when Ayano learns the truth about him, she can’t believe it. He has started to keep Ayano in confinement. Ayano is tired and works hard at one, leading her to collapse in the street when returning from work. Kazuma saved her, and she thought her life had changed since everything began to go well when Kazuma was around her. The two fell in love, and Kazuma took care of Ayano until they shared the same bed.

Living in Confinement with a Comforting Guy

In the morning, Ayano leaves the hotel and leaves a note for Kazuma, but when she opens the door, Kazuma blocks the path and tells her she is n living since she belongs to him. Their love was one-sided since Ayano thanked Kazuma for caring for him when she was sick and believed that treating him during a golden time would make him understand her feelings.

Wotakoi: Love is Hard for Otaku is one of the top adult romance manga. This is a  lovely bitter romantic story of Narumi Momose, who faced relationship troubles since she began dating. All the boyfriends have dumped her. She fell in love, and they knew she was an otaku. Narumi began to work for another company and decided to hide that she was an otaku. 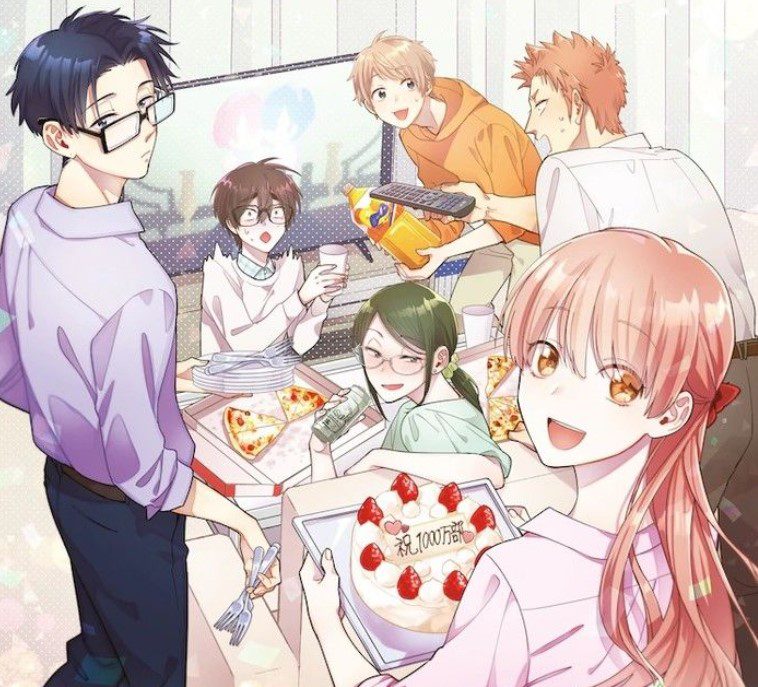 However, she encounters her childhood friend in her new job, and they are both otaku lovers. Hirotaka Nifuji knows Narumi well, and he has been in love with her since childhood. He decided to take his opportunity by making Narumi fall in love with her. Narumi accepted him since she was scared that Hirotaka would reveal her secrets.

Game Yaru kara 100-en Kashite! is a top-ranked manga with the best adult romance. Sugita is a handsome man who gets a new job at another company. As a newcomer, he gets along with everyone besides the petite assistant manager, Yumihara. Yumihara is very strict toward Siguta, who finds a coffee shop named “Dead Copy,” with special tables dedicated to playing retro games. 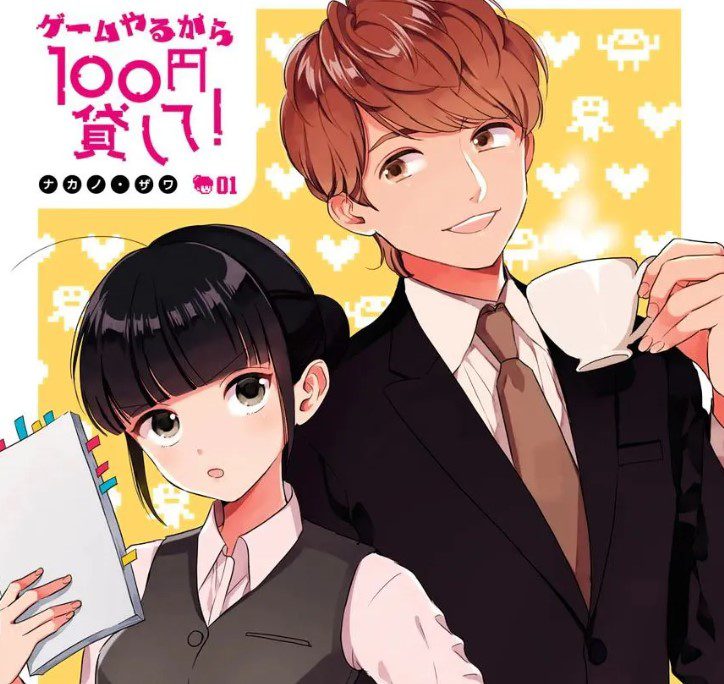 He was surprised to learn that Yumihara also plays retro games, and her attitude changes when she is not at work. This manga reveals a mature romance between two hard workers gamers with different attitudes.

Mr. Bride is also known as Watashi no Oyome-Kun. This is another ongoing adult romance manga. Hayami is the best worker who does her work perfectly, and everyone realizes she is cool. Everyone admires her, and she is a confident lady. However, Hayami has a dark secret; her home is always a mess, and she is not good at taking care of herself. 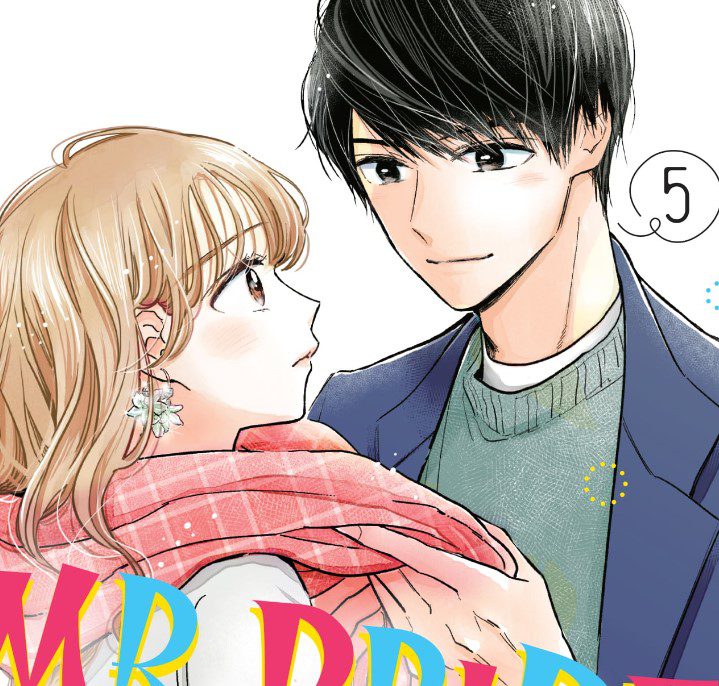 Yamamoto enters her life, and Hayami means the world to him. He decided to visit her, and Hayami invited him to stay with her despite not knowing where the roundabout relationship would take them.

Iwaya Sumire is one of the most educated and respected journalists. But her success can’t stop Sumire’s boyfriend from the past, who dumped her for a less-educated lady. One day, Sumire thinks hard about her relationship with her ex-lover and encounters a handsome young man who wants food. She went with that mysterious man home and gave him food in exchange for him to become her pet. That man made Sumire fall in love with her, and he continues to be her pet. 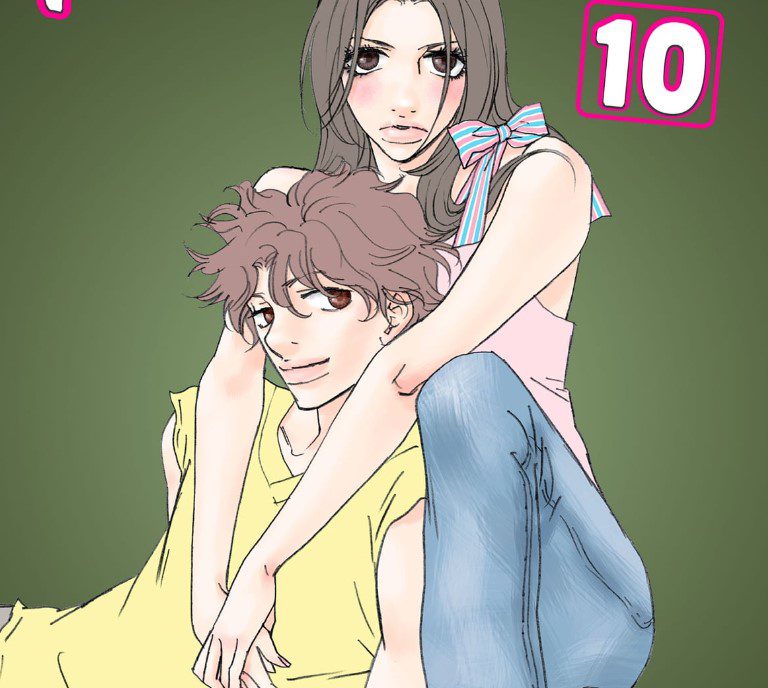 Airi is a female employee, and many men think she is a working demon. She vowed that if she got married, she would quit the job. Airi begins to try all men at work since she wants to get married and quit her job. However, Misaria, the president’s secretary, was attracted to her and decided to confess. 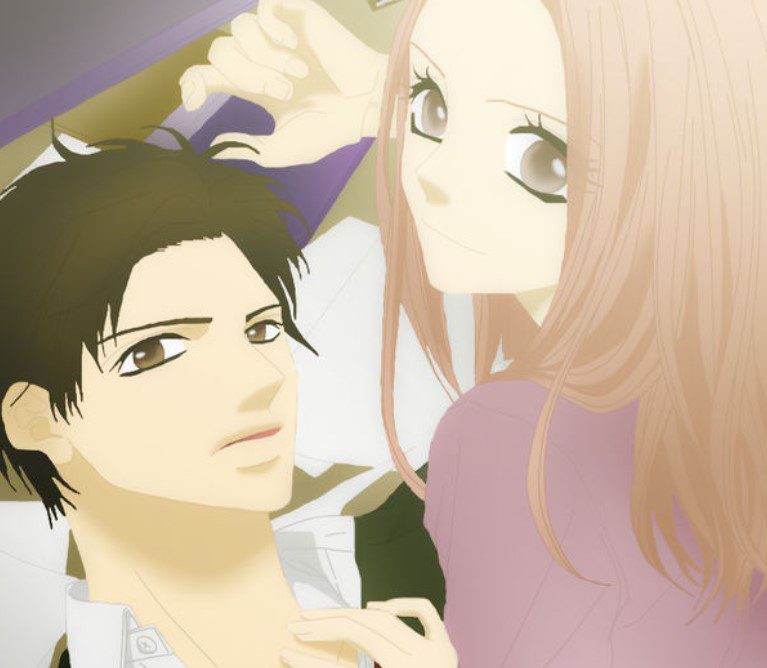 Does It Feel Too Good to Speak? My Secret Lover’s Indulgent Lessons

Hazuki and Mina work at the same company but do different tasks. The two are in the middle of a secret love affair. They must hide this from other workers since the company’s strict policy is against office romance. If the boss discovers the truth, they will be forced to break up. But Hazuki doesn’t care about other things, and the two share a great romantic relationship. 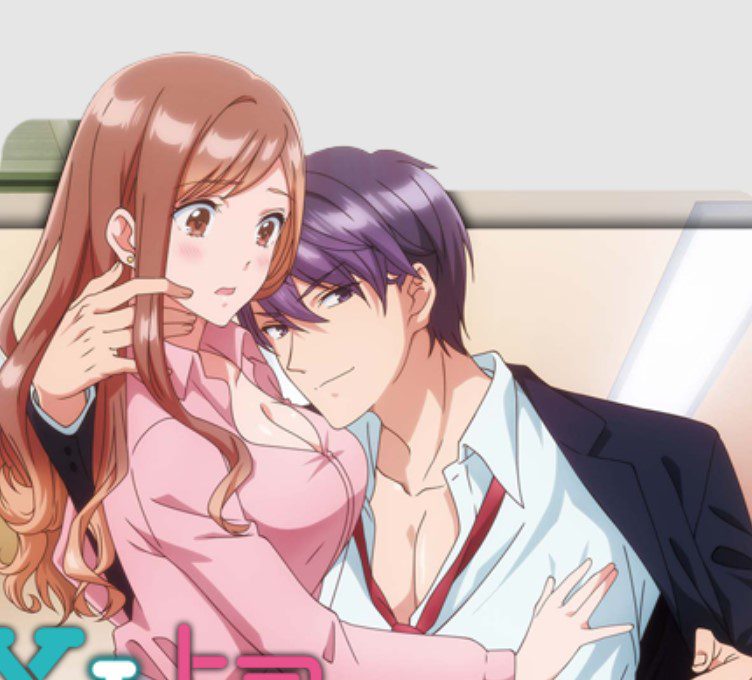 Does It Feel Too Good to Speak? My Secret Lover’s Indulgent Lessons

Nanami Uchida was heartbroken after her boyfriend dumped her. After she was dumped, she decided to attend a work party and began drinking a lot. Sakuma invites Nanami to join him in another bar and proposes to her when she arrives. Nanami accepted Sakuma’s proposal under the influence of alcohol. However, Sakuma has secrets about his past relationship, and Nanami realizes it was fake love. 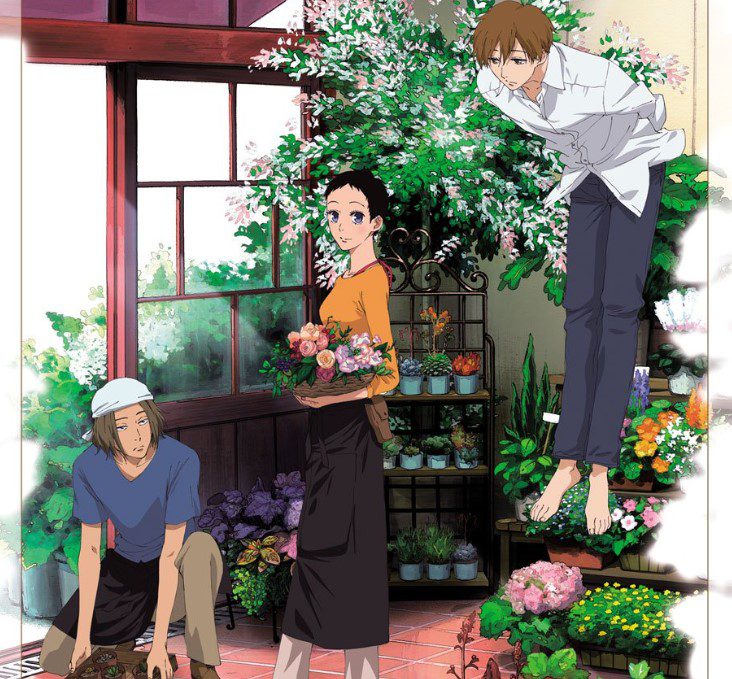 This is a romantic comedy for mature couples that reveals mature romance. Kasane to Subaru is one of few ongoing best adult romance mangas. This romantic comedy reveals Kasane Shibata’s life, who works as a graphic designer at a toy development company. Kasane made a mistake at work when he accidentally touched the butt of his coworker Subaru Enoki. 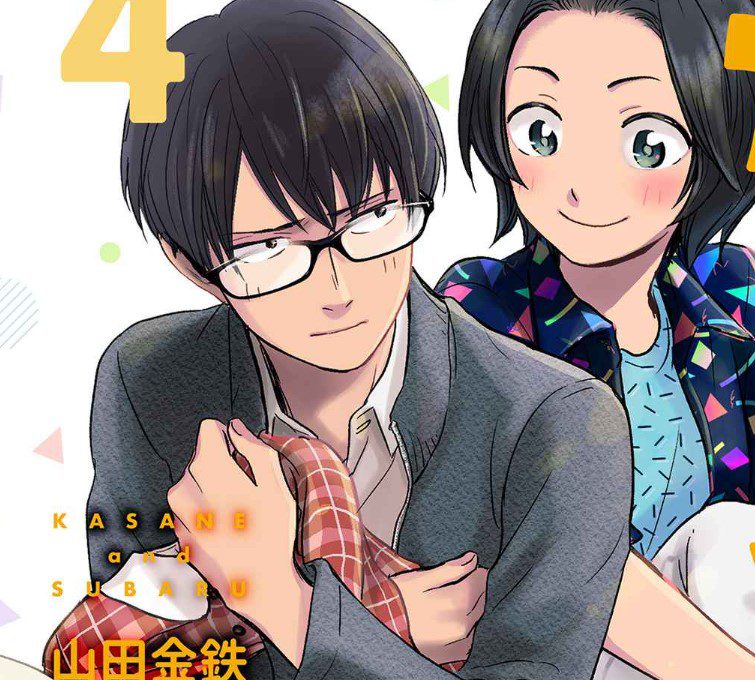 He felt her and realized Enoki’s butt was like his favorite plush character toy. But Kaasane begins to regret and feels guilty even though Enoki doesn’t mind. But when he decides to apologize, he realizes that he has a certain secret.