She-Hulk now has four episodes under its belt, giving fans plenty of time to get acquainted with Marvel’s newest heroine. We’ve learned how Jennifer Walters got her superpowers, who her enemies are, and how she balances her personal life in the middle of all these new events. Every episode of this series has a ton of interesting facts and hidden Easter Eggs. We take a closer look below at some of the best easter eggs in She-Hulk episode 4 and what they actually mean.

While exploring the world of online dating this week, Jennifer Walters ran into a brand-new kind of difficulty. She also met some new people through work, strengthened her friendship with Wong, and found the hard way that superheroes struggle to have a love life. The fourth episode of She-Hulk continued many of the storylines that had been introduced in earlier episodes, had a few references to other past and upcoming Marvel projects and even proved to viewers that sometimes the most unusual pairings create the best teams.

Taking a quick look at Jennifer’s daily to-do list brought back memories of various scenes from earlier episodes of the show. Jen’s to-do list was long and included numerous references to Emil Blonsky and his most recent court case. and the list was made in order to complete up any remaining tasks from the parole hearing. She also made a note to purchase green and purple highlighters, a clear nod to the original Hulk costume from the comic books. She remembered her cousin and made damn sure to include a few chores about getting Cheetos and chopsticks, referring to the time she and Bruce had in episode 1. 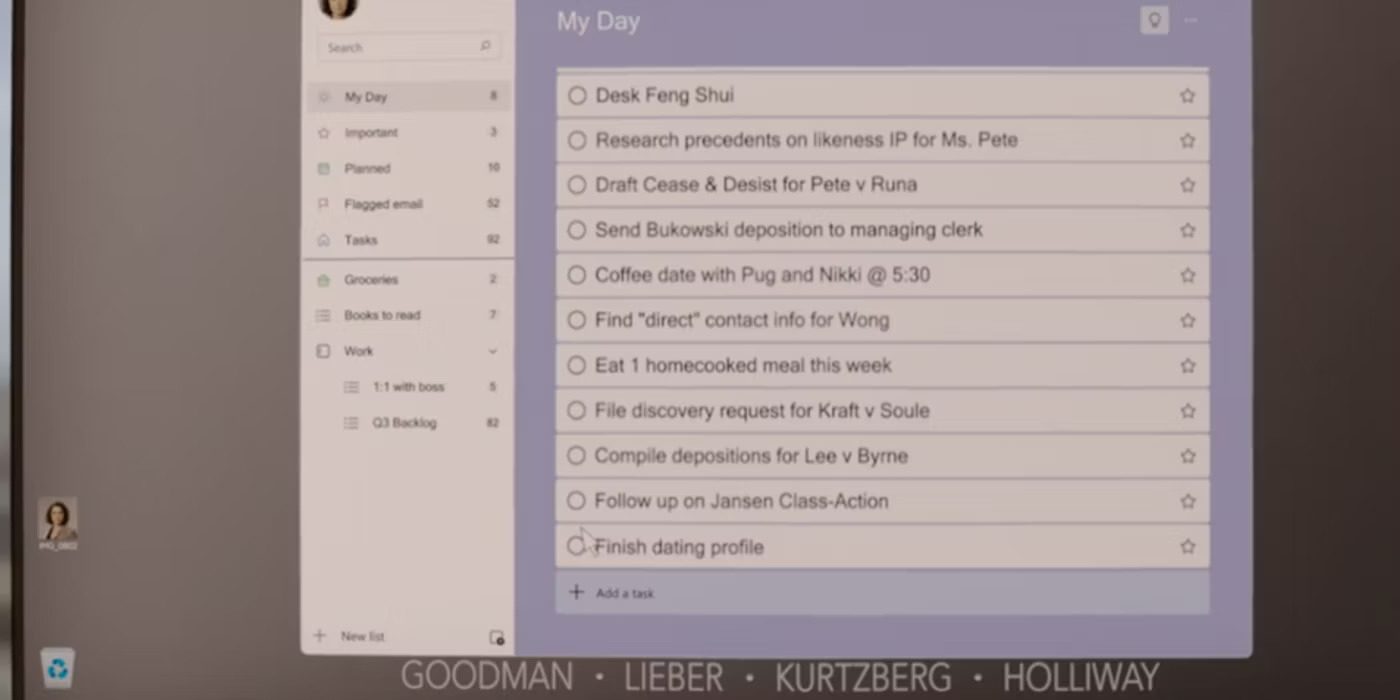 The final page of her list stated a trial involving Kraft and Soule, two completely unknown names. This was perhaps a tribute to the Marvel Comics writers Charles Soule and David Anthony Craft, who were responsible for creating She-Hulk as a superhero. Additionally, there was a spot set for Stan Lee, the man who founded Marvel, and John Byrne, a comic book artist.

There is yet another mid-credits scene for viewers to enjoy as the episode concludes with Titania suing Jennifer for misusing the She-Hulk name. Particularly in this one, Madisynn and Wongers are reunited and sitting next to each other to watch a This Is Us episode. Wong’s new best friend asks him a pair of questions, largely about his favorite drinks. Wong says he’s tasted vodka and yak milk and still has some leftovers from a wedding.

Although Wong didn’t provide any further details, the wedding Wong spoke about may have been Christine Palmer’s at the beginning of the Multiverse of Madness. Given that this wedding was recently featured in a movie, this could be possible. Whatever the case, Marvel fans will undoubtedly find this mid-credits scene and every other thing in this article that has an easter egg to be more entertaining than the She-Hulk episode that aired this week.

Fans have been looking through every new Marvel film for hints related Mephisto ever since WandaVision. There have been a number of revelations that seem to make reference to this character in this particular She-Hulk episode. 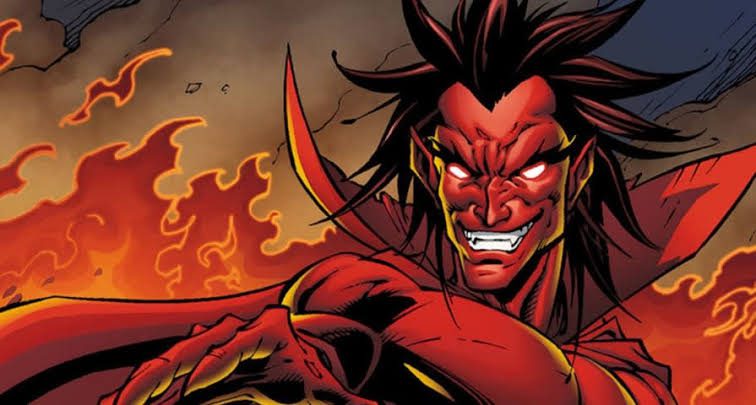 Back when Donny transferred Madisynn, a party girl trying to watch the magician’s show, through a portal he created, to a horrifying dimension. Wong asks her about just what happened. Madisynn continues by saying that she traveled to another dimension and offered several drips of her blood to a monster that looked like a goat. Later, she would share her incident in court, and while the end credits play, a picture of the aforementioned goat monster can be seen.

This week, Donny’s name wasn’t the only item that caused a stir. Donny is shown wearing a variety of necklaces in the opening sequence of episode 4. There is a necklace that strongly looks like Khonshu, Moon Knight’s Egyptian god, just below his tacky “B” chain.

Given how Marvel tends to make connections across projects by minor details before the main plot pulls characters together, this probably wasn’t a coincidence. Marc Spector and Steven Grant will undoubtedly play a bigger part in the franchise at some time during Phase 5 after receiving such a positive response from fans. They could even have connections to the dull and uninteresting magician Donny Blaze.

The Book of Vishanti

Back in Jennifer’s office, Wong is making an effort to explain the importance of the Mystic Arts and how Donny is misusing them for his own profit. Jennifer says that it could be challenging to prove a case against him because the court could have trouble understanding magic. In this conversation, Jennifer says that this matter should be handled according to the book. Wong misunderstands what she is saying and thinks she is talking about the Book of Vishanti, but Jennifer corrects him by mentioning the Book of American Laws. The Book of Vishanti, a book of great power that includes many spells to fight off evil, appears in Doctor Strange 2 and the comic books. 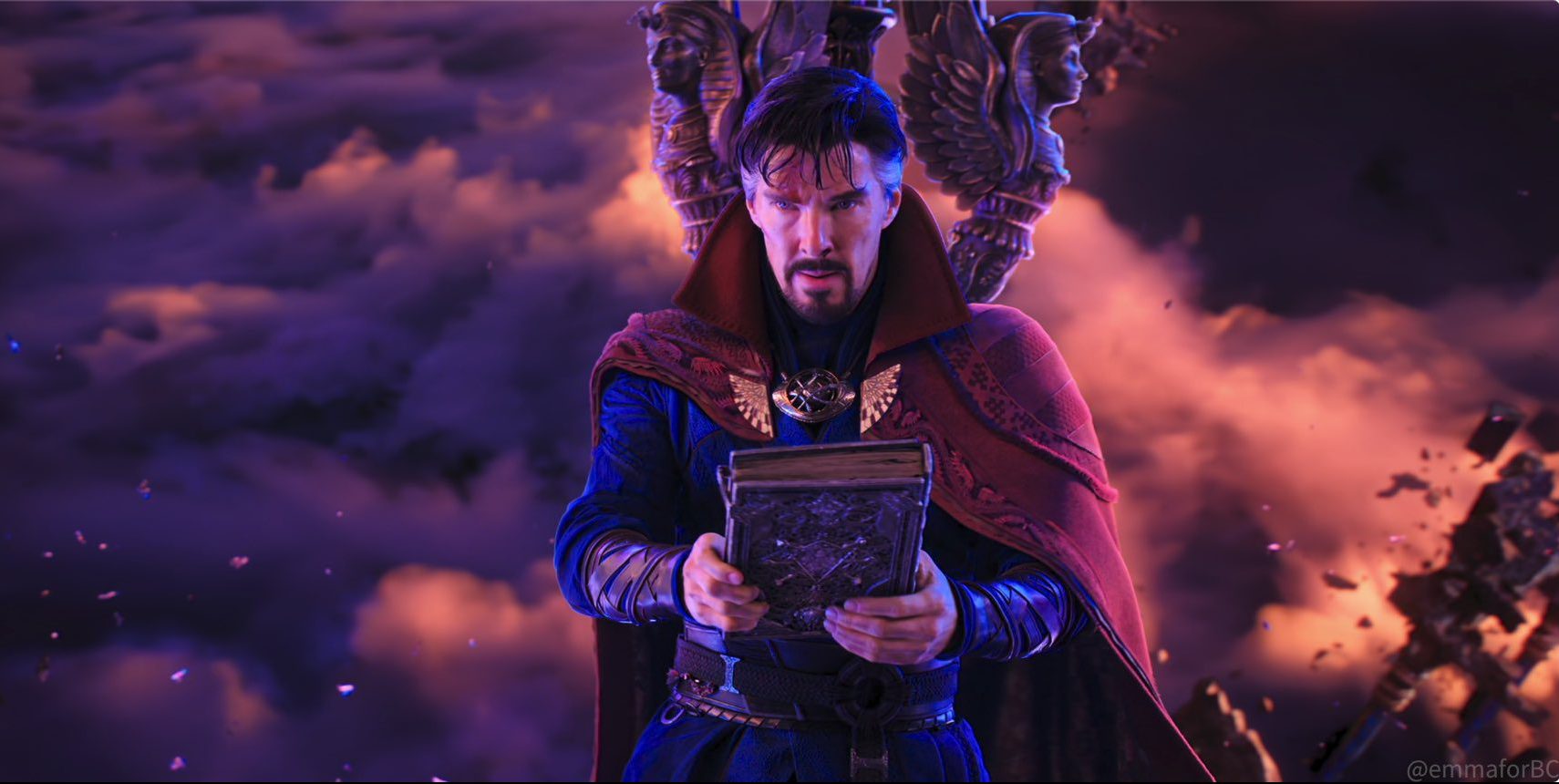 In this She-Hulk episode, Wong reappears for the 2nd time in just under a month. But this time, it’s he who needed Sh-Hulk’s help to stop Donny from using the Mystic Arts for his own gain. MCU fans are treated to a number of easter eggs about Wong as his storyline develops in this episode. First of all, he enjoys watching TV series like This Is Us and The Sopranos. Second, when discussing his complaints about Donny with Jennifer, he brings up the Book of Vishanti.

It should be noted that the Book of Vishanti, one of the Marvel Universe’s most deadly magical weapons, was just recently burned in the Multiverse of Madness. The last, and definitely funniest, is Wong’s new nickname, Wongers, which Madisynn gave him. It’s predicted that this nickname will be brought up at some point in the MCU due to the sheer silliness of how it was provided by a party girl.

Before She-Hulk ever premiered, there were rumors that Ghost Rider could appears in the show, and viewers were excited to see the MCU’s newest Johnny Blaze. Despite the fact that episode 4 wasn’t precisely what viewers had in mind, they did see a character with a similar name, but he goes by Donny rather than Johnny. 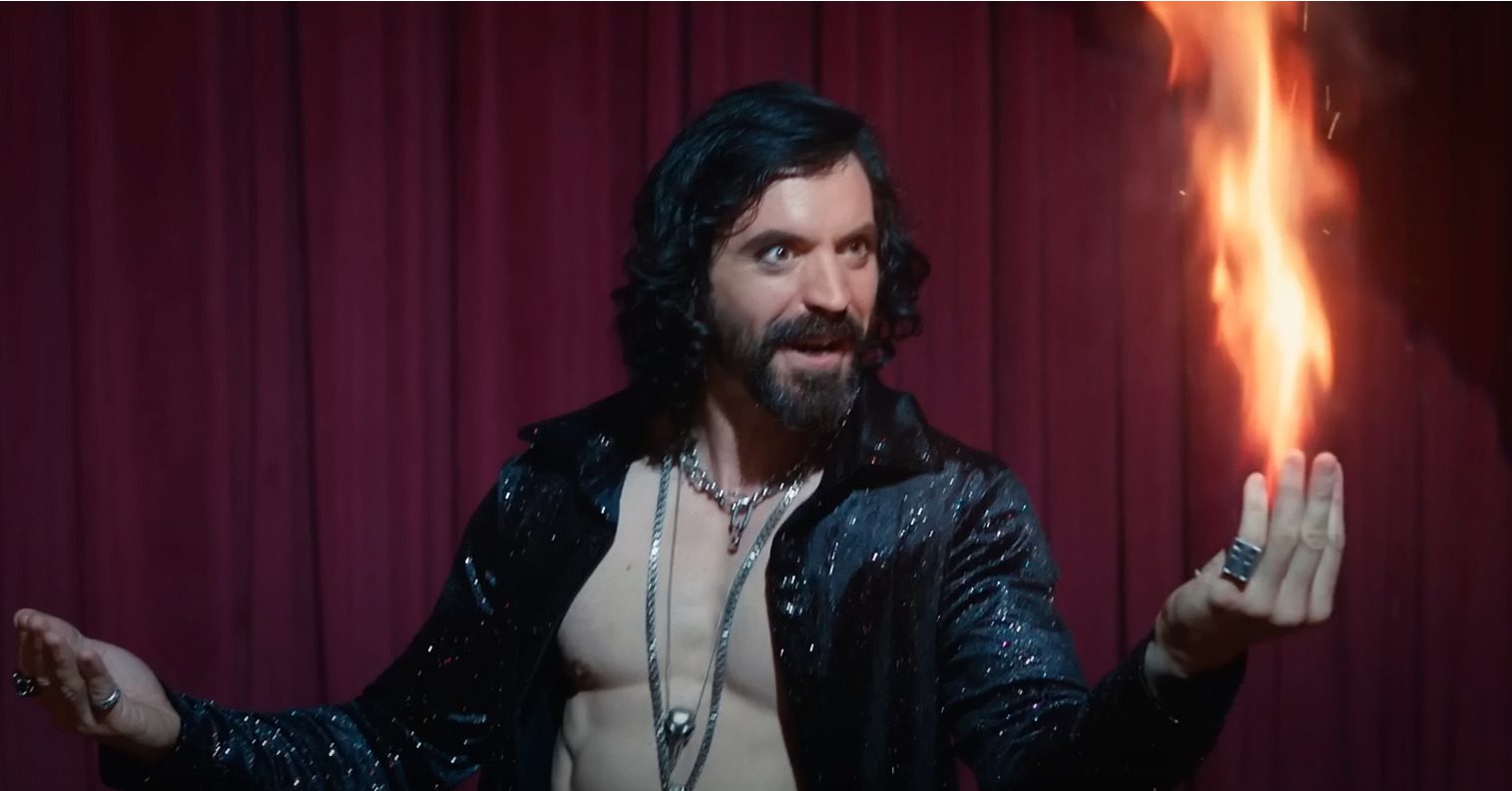 Johnny Blaze, the most famous character to become Ghost Rider, Marvel’s very own Spirit of Vengeance, made his debut in 1972. Whether Donny is connected to him or not is not yet revealed by MCU. In any case, this is a nice way for less diehard fans to slowly introduce themselves to Johnny Blaze, especially if he ends up appearing in the MCU.  Apart from sharing a name almost the same as Johnny Blaze, Donny was shown to have visited Kamar Taj in the past. This explains why he’s comfortable using a Sling Ring, a mysterious tool that was first featured in Doctor Strange.

Knowing Marvel, this may suggest one of two things. First off, by featuring a guy called Donny, MCU could have been making fun of overly excited fans who were eager to meet a brand-new and improved form of Ghost Rider. Secondly, as always, there’s a possibility that She-Hulk is establishing something for the future by giving such a well-known figure a fresh spin.

Even though they had a love for blood, the demonic creatures shown in episode 4 were rather adorable when they were young. While it may seem a little weird to have the Hulk take on enemies usually reserved only for superheroes like Doctor Strange, Jen has actually faced demons in the past in Marvel Comics. Despite the fact that the series’ demons look different from the demons she faced in the comics, placing her against such an enemy is a reference to her comic origins. 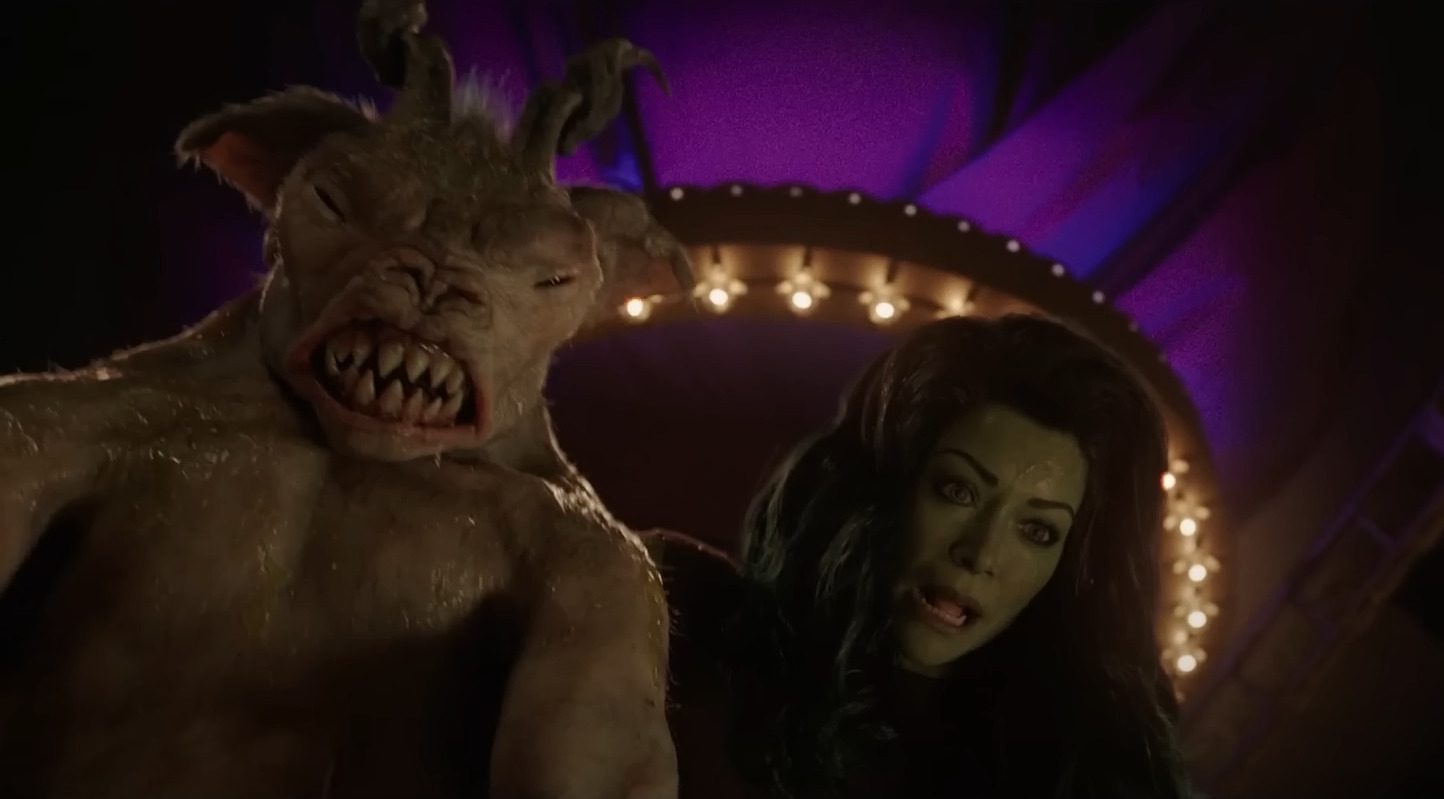 Jen met a number of pretty terrible men while going on one of Matcher’s different dates. One, in particular, called her a “specimen” and praised her “incredible” courtroom fight with Titania. Jen handled it as well as she could, even making a joke about how people love to call her that word because of her connection with Bruce. Although the date was awkward, it showed that people in the Marvel Cinematic Universe (MCU) must frequently refer to her by the name the Incredible She-Hulk.

Titania, a famous influencer and villain, was mentioned more than once this week. Jen found that Titania’s online supporters were demanding her release from prison in the last moments of episode 4. As soon as that happened, Jen learned that Titania had plans to sue her for using the title She-Hulk, to which Titania claimed to have copyright rights.

This is possibly a set-up for them to engage in another fight in the future, most likely a legal and physical one. When they appear in court together, tensions will undoubtedly increase between them, and it wouldn’t be an MCU product if there weren’t some physical fights later on.