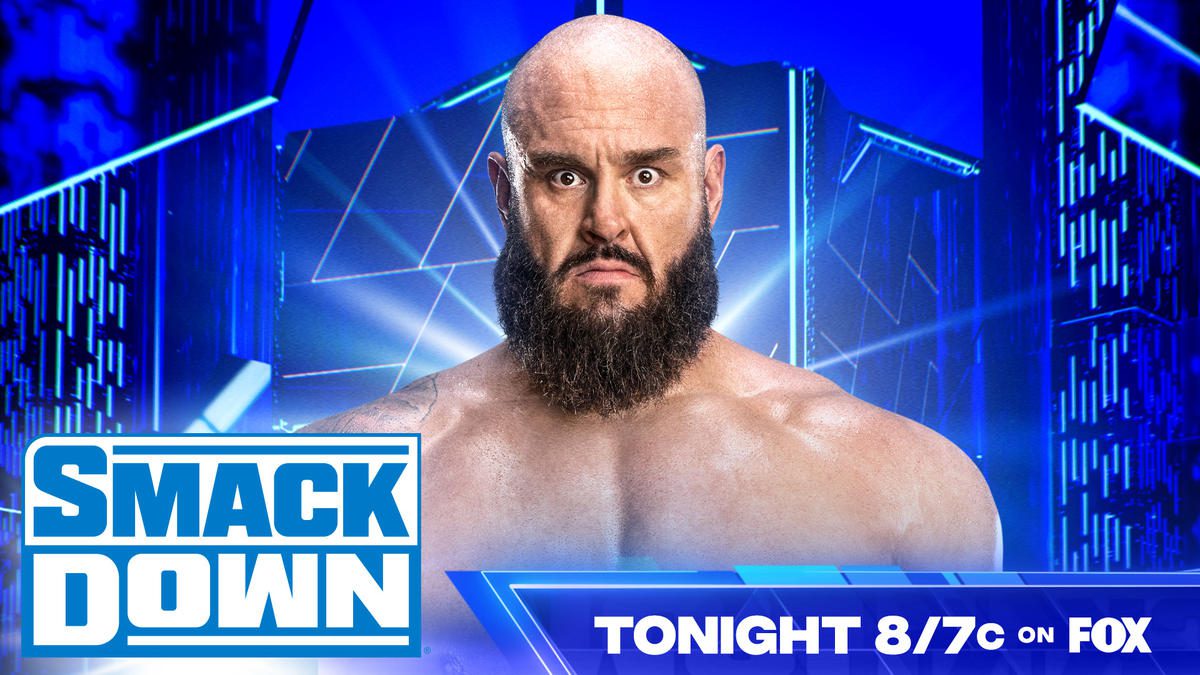 After the critically and commercially successful Clash at the Castle, WWE is off to a great start as this week’s RAW met fan expectations. Braun Strowman had a shocking return on the most recent RAW show. Strowman made a dramatic entrance back into the company, which caused quite a buzz. The WWE will also start preparing for the future Extreme Rules PPV, which is expected to take place on 8 October 2022, in Philadelphia.

The same can be expected for Friday’s SmackDown. The Climate Pledge Center in Seattle, Washington will serve as the live broadcast location for the show. The aftermath of the WWE Clash at the Castle 2022 will be covered on the WWE SmackDown show airing on September 9, 2022.

At the PPV, Solo Sikoa will make his SmackDown debut, putting the Bloodline on full display. There are at the moment no confirmed matchups for this week’s SmackDown. Braun Strowman will come back to SmackDown and tell his plan. The Karrion Kross vs. Drew McIntyre feud could finally start to heat up. Additionally, we could see WWE introduce fresh storylines for Extreme Rules.

WWE Clash At The Castle Recap

Madcap Moss and Street Profits defeated  Austin Theory and Alpha Academy. After landing the Frog Splash on Chad Gable from of the top rope, Montez Ford gave his team the victory.

Asuka, Bianca Belair, and Alexa Bliss were defeated by Iyo Sky, Bayley, and Dakota Kai. After pinning Belair, Bayley took victory for her team. The former NXT Women’s Champion won the match 1-2-3 when Sky performed a moonsault on the RAW Women’s Champion. 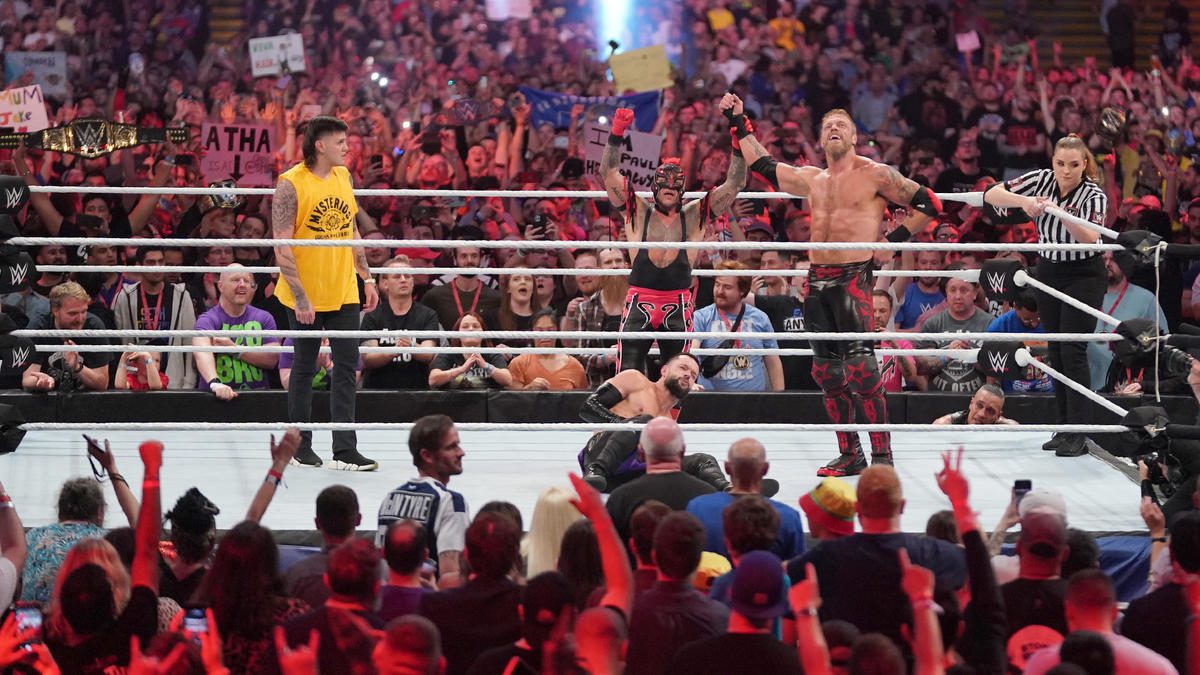 Shayna Baszler was defeated by Liv Morgan in a SmackDown Women’s Title Match. With a successful obLIVion, Morgan took the victory.

Judgment Day was defeated by Rey Mysterio and Edge. After hitting Finn Balor with a Spear, Edge got the victory for his team. Following the match, Dominik turned on both Edge and his father.

Riddle was defeated by Seth “Freakin” Rollins. After connecting with a Stomp from the second rope, Rollins won through pinfall.

Drew McIntyre was defeated by Roman Reigns in a match for the Undisputed WWE Universal Title. Before making his appearance, McIntyre had a promo vid playing the old “Broken Dreams” theme song. Roman would ultimately win after NXT Superstar Solo Sikoa showed up.

At Clash at the Castle, Paul Heyman, Sami Zayn, or The Usos were not on Roman Reigns’ side. He did receive help from a different source when Solo Sikoa stepped in to help him defeat Drew McIntyre. As part of an extended Bloodline, Solo Sikoa will make his debut this week on SmackDown with his brothers The Usos. Will Solo Sikoa from Bloodline become the new singles star now that Roman Reigns is expected to be absent for some time? 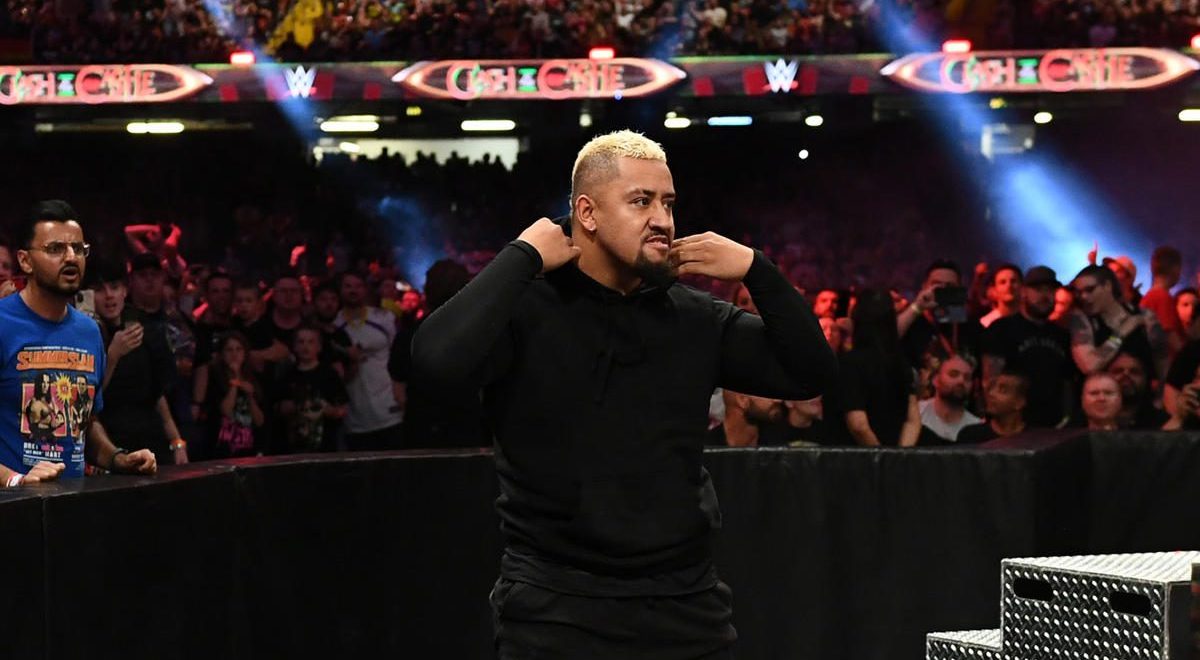 At Clash at the Castle, Roman Reigns, the undefeated WWE Universal Champion, defeated Drew McIntyre in his own country with the help of the third Uso sibling, NXT’s Solo Sikoa. Solo dragged the referee from the ring as McIntyre was about to win the match with a final Claymore Kick to Reigns. Reigns was able to use the diversion to his advantage and land a spear to keep both of his belts. The Head of the Table won’t be present at the following high-profile PPV, Extreme Rules, which is slated for October 8th. As a result, we shouldn’t expect to see him on Smackdown at this time.

Now that Roman will be absent for some time, Karrion Kross vs. Drew McIntyre should be the main rivalry on the blue brand. Drew McIntyre has found Karrion Kross to be a pain in the guts. The Scottish Warrior has been a target for the ex-NXT Champion ever since his entrance back into the company. The next SmackDown show will most likely include more of the same. Additionally, he was present for the Clash at the Castle title match, giving a hint as to what would come next. 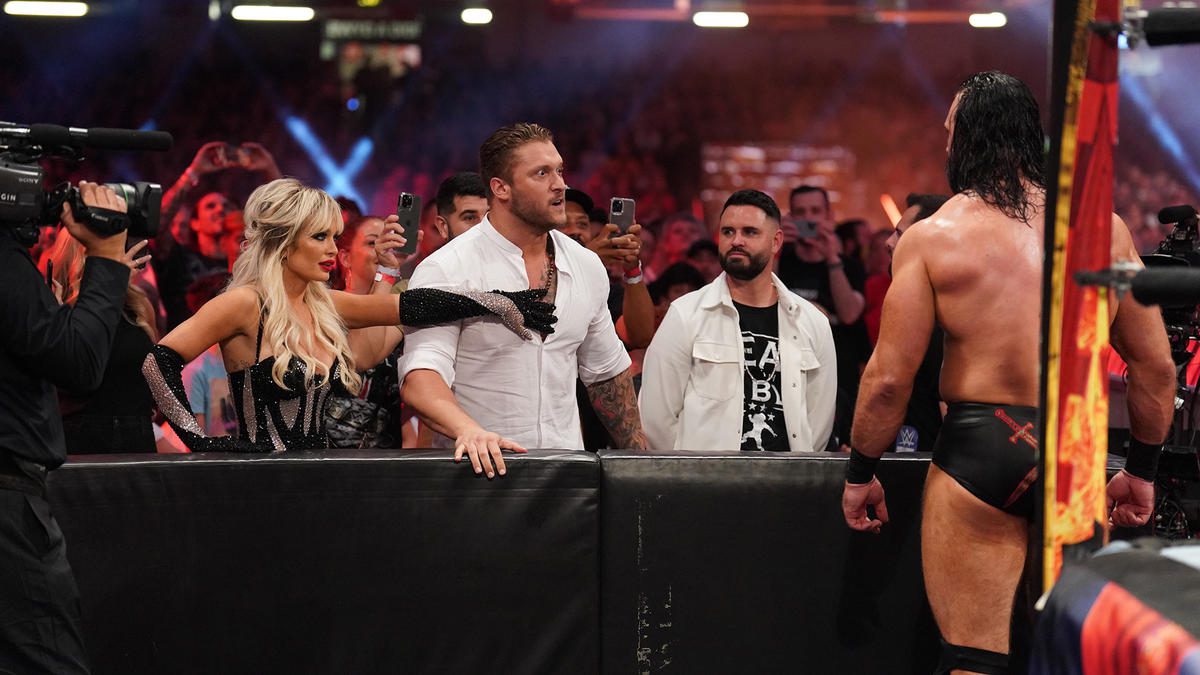 Kross and McIntyre seem to be headed for a high-profile fued given that the pair is reportedly slated to square off at Extreme Rules. This means that WWE could have the former target the latter on this week’s SmackDown show to start the same. On another note, although it was predicted that McIntyre would defeat Roman at Clash at the Castle, it didn’t really happen. Kross may find it difficult to beat the former WWE Champion, who is now having strong momentum.

Additionally, Solo Sikoa will be on Smackdown. It would be interesting to watch how McIntyre responds to being smacked by the Samoan superstar at the most recent PLE. According to the most recent sources, the NXT Star has already been added to the blue brand lineup and is scheduled to make regular appearances in the future.

Speaking of frequent appearances, Braun Strowman is apparently planning to restart his WWE journey on Smackdown this week. The ex-Universal Champion made a dramatic comeback, as seen on Raw, and destroyed everyone in his path. He figuratively mowed down each and every one of the eight opponents in the Fatal-4-Way Tag Team Match on Monday night, which was supposed to choose a new challenger to The Usos. 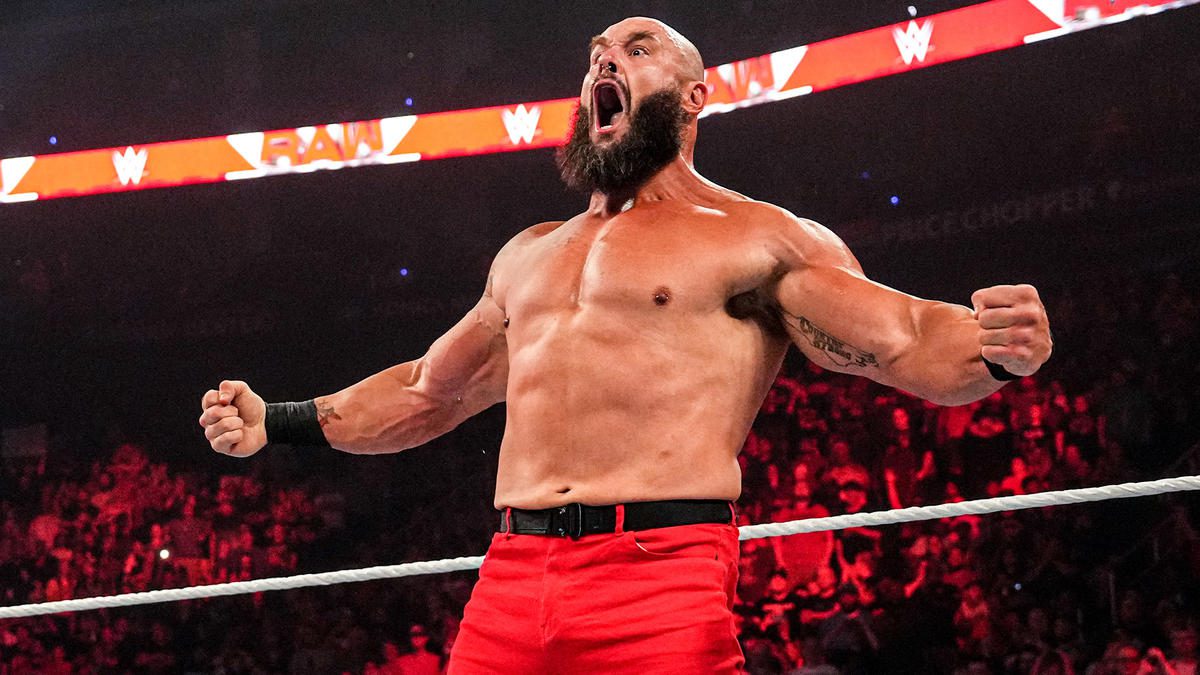 Following the destruction he caused, WWE has announced his appearance on Smackdown. He will reportedly discuss his most recent return to the WWE after being fired in June last year as a result of budget cuts related to the COVID-19 pandemic. Stroman is said to be shown as one of the blue brand’s top babyfaces.

With Kross and McIntyre potentially tied with one another in a rivalry, WWE could just have Strowman and Reigns resume their feud. Given their long history together, another rivalry between The Tribal Chief and the former Universal Champion would undoubtedly be profitable. The creative team could plan for Strowman to appear on SmackDown and destroy The Bloodline by himself. This would build the groundwork for an epic feud between Strowman and Reigns in addition to giving him a lot of momentum.

Liv Morgan is really the only diva who has pinned Rousey two times in her WWE run. She then defeated Shayna Baszler, Rousey’s close friend, in a match to retain the Smackdown Women’s Title at Clash at the Castle. Due to her position as the top babyface on the women’s roster, Morgan needs to find her next opponent, who could very well be Ronda Rousey. 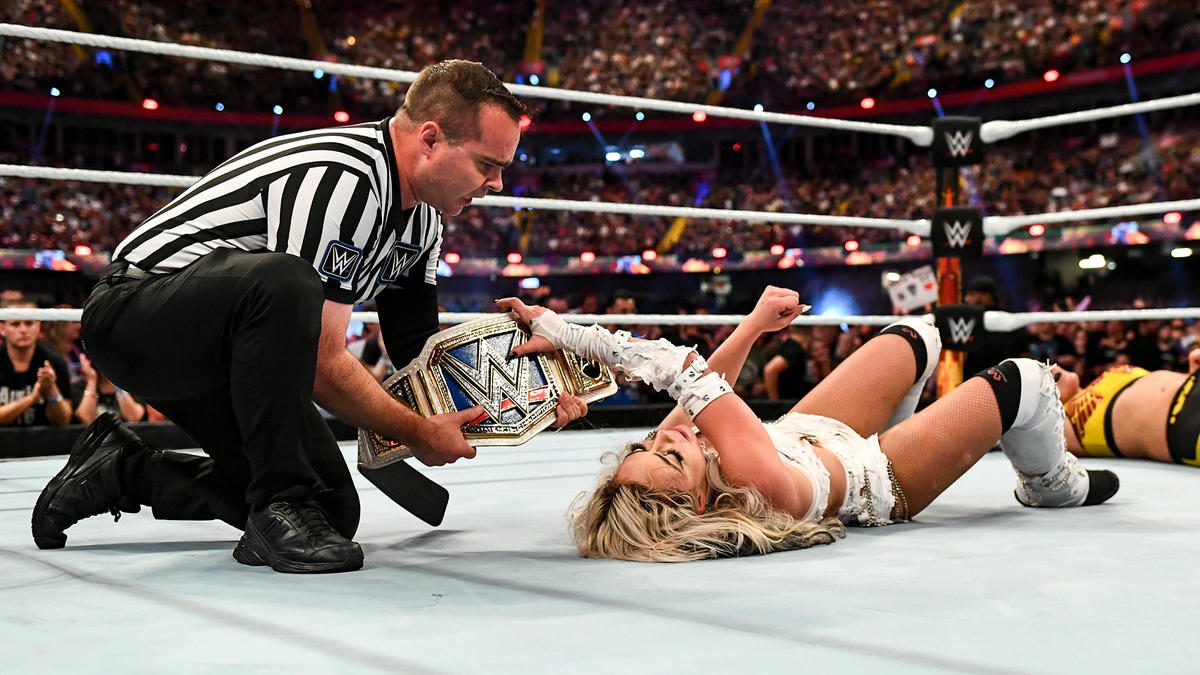 The “baddest woman on the earth” is no longer suspended, and despite being wronged at Summerslam by the referee’s poor call, she never received the fair-and-square title rematch she deserved. Since Clash at the Castle is over, it makes sense that she would be wandering around Morgan right now. WWE may reignite their feud on the upcoming SmackDown edition, given that Morgan and Rousey still have some unresolved issues. Ronda Rousey has, in fact, looked great over the past few weeks. And it might not be long until WWE announces her as the new champion.

At the Clash at the Castle PPV, Sheamus was accompanied by Butch and Ridge Holland, but Gunther leveled the situation by reuniting Imperium’s Ludwig Giovanni Vinci and Kaiser. The Celtic Warrior was defeated by Gunther in a hard-hitting match, but as the next PPV, Extreme Rules, draws near, it only makes sense that the two of them will eventually lead their teams into a chaotic six-man tag team fight. Smackdown should continue to develop the story that Clash at the Castle’s aftermath brought. 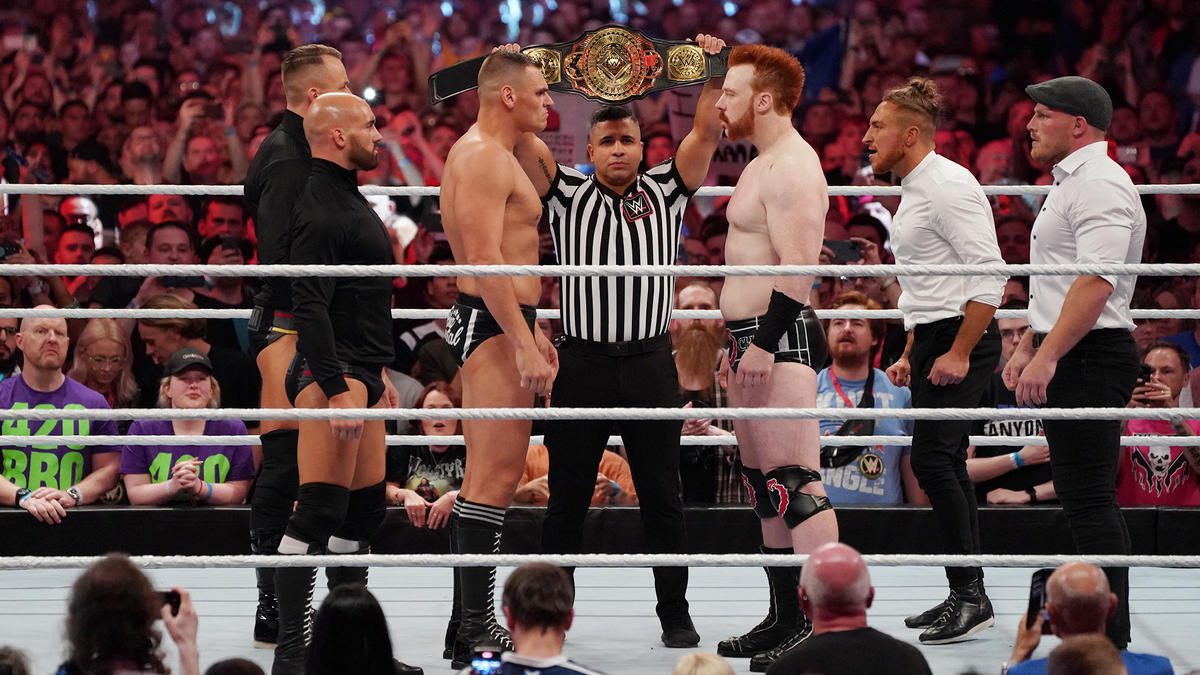