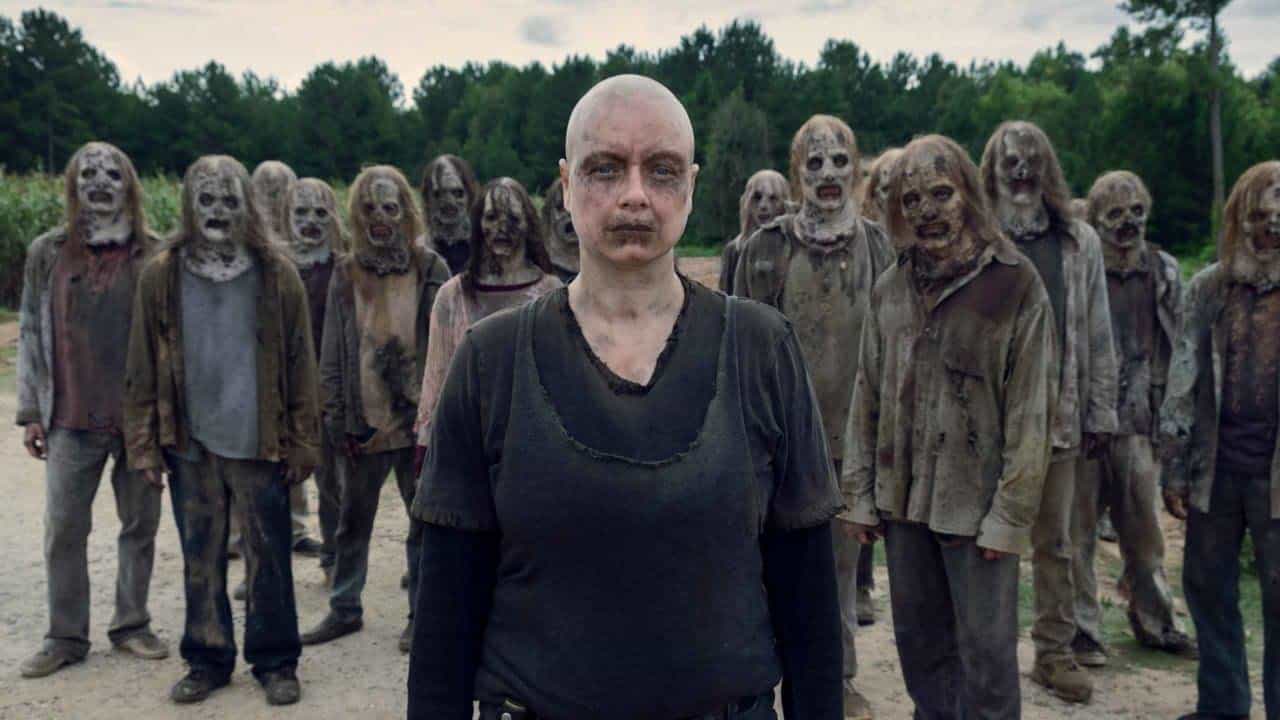 Alpha with a group of walkers, Credit: IMDb

What Episode Does Alpha Die In The Walking Dead? Alpha’s (played by Samantha Morton) death has to be the most satisfying one in the history of The Walking Dead. Alpha, also known as Dee, is an antagonist in the show and influences the TWD plot to a great extent. She first appeared in Season 9 Episode 9, which was released nearly four months after Episode 8.

Alpha’s character is entirely based on survival as she’s cold, clever, egoistic, and a psychopath. In the series, Alpha had a husband named Frank, whom she murdered in front of her daughter. She had a father too, whom she also killed when she was nine because he deserved it. Though she doesn’t open up much about what happened, it might have been abuse.

When the outbreak began, the then “Dee” hid with her family in a basement. Another survivor, Matias, started panicking, so Dee killed him by crushing his windpipe since noise could draw the walkers. A dead Matias turned, forcing Dee and Lydia to leave, and it is at this time she kills Frank for trying to help others.

Dee kills Hera, the leader of the Whisperers, then uses her face as her walker’s mask and becomes Alpha, the new leader. Alpha’s primary purpose was survival, for which she would kill anyone, as is clear from her backstory from Tales of the Walking Dead. Though Alpha is an antagonist, she is probably the fittest display of what people would be after such an outbreak. Let’s see when and how she died in the series.

In What Episode Does Alpha Die In The Walking Dead And How?

Alpha died in Season 10 Episode 12, Walk With Us, of The Walking Dead Series. In the episode, the war between the Hilltop and the Whisperers starts attracting walkers from all sides. Alpha has no intention of stopping the war until she gets Lydia back. She tells this to Negan and asks him to get her back.

Negan finds Lydia in the forest and imprisons her to a cabin. Upon his return, he tries to change Alpha’s mind and prevent Lydia’s death, but it is of no avail. When Alpha enters the cabin, it is empty. Seeing this she turns towards Negan, and he slits her throat, ending her story. After killing her, he cuts her head and delivers it to Carol. 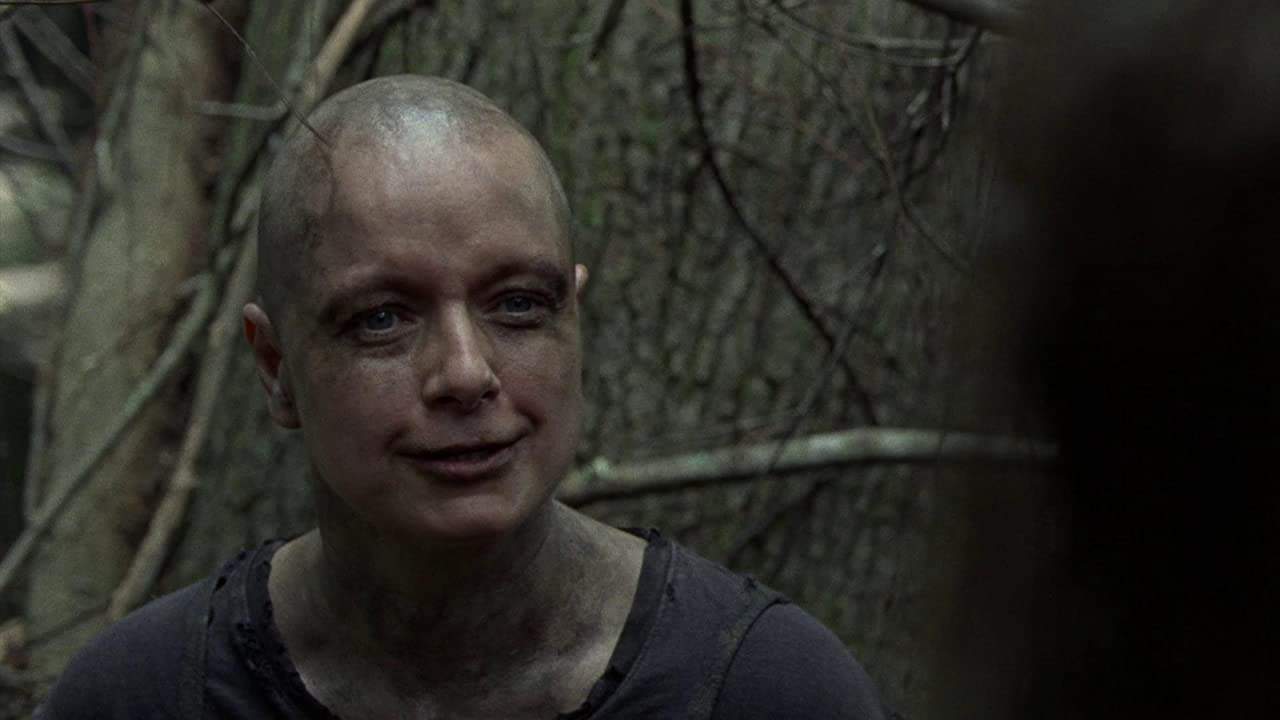 A still of Alpha from The Walking Dead, Credit: IMDb

Season 10 Episode 12, written by Nicole Mirante-Matthews, and directed by Greg Nicotero, was released on March 15, 2020. The episode’s title, “Walk With Us,” refers to Beta’s words when he kills Mary (previously Gamma). He says so because he plans to let her zombified version walk among the Whisperers, but she gets shot with an arrow by Alden.

Though it wasn’t sure when they would kill Alpha, they did decide the manner of her death the day she joined the show. Samantha told Insider that she always knew Negan would chop her head off. One thing that the episode clears with the highest probability is that Carol freed Negan. She had a motive – to avenge Henry, and she did hang her head in the same manner.

How Did Alpha Die In The Walking Dead Comic Series?

First of all, in the comics, Alpha is much crueler than in the series. Her cruelty and coldness know no bound, and her hatred for the weak is at par. In the comics, Alpha subjected her daughter, Lydia, to be raped multiple times and did nothing with the assailant. But towards her end, the true savage bursts her flask of emotions, saying she truly loves her daughter and misses her.

In the comics, Negan is by Brandon Rose in hopes of warning the Whisperers of the Militia’s plan. Instead, Negan kills him and dresses to the Whisperers like a wolf in sheep’s clothing, waiting for his chance. Alpha opens up to Negan about everything she has done, and Negan confronts her for being a savage. She realizes it’s too late, and Negan slits her throat.

Negan cuts her head and takes it back to Rick and Andrea. The manner of her death is the same, but the settings and aftermaths are different in the series. I don’t think a savage murderer like Alpha would be born again. Happy Streaming The Walking Dead, and meanwhile, don’t forget to watch the Tales of the Walking Dead for backstories.

Also Read: What Episode Does Lori Grimes Die In The Walking Dead? Emotional And Impactful