What Episode Does Lori Grimes Die In The Walking Dead? Lori’s (played by Sarah Wayne Callies) death was one of the most painful deaths in the series, and it was a difficult moment for fans too. Her death was a certain changing point for the group, especially Rick and Carl Grimes. After her death, we saw how Rick was devastated and started having hallucinations, and Carl felt trapped.

As you might already know, Lori is the late wife of Rick Grimes and mother to Carl and Judith Grimes. When the outbreak began, and she believed that Rick was dead, she and Carl stuck with Shane Walsh, Rick’s best friend and colleague. They traveled to the ‘supposed’ haven near Atlanta and met the rest of the group.

Lori’s character signified several values like – strength, emotions, selflessness, and willed. She goes into deep guilt after meeting Rick again, realizing she left him alone and slept with his best friend. And she was one of the biggest reasons why Rick and Shane’s relations went sideways. It wasn’t her fault, and she always tried to keep the connection between everyone even.

Lori always consoled the group and helped Rick make conscious decisions when he couldn’t. Though things were good at the start, they slowly got worse, and then worse after the incident at the farm. Beginning Season 3, Rick shut her off, and she was devastated. Let’s see when and how she died in the series.

In What Episode Does Lori Grimes Die In The Walking Dead And How?

Lori Grimes died in The Walking Dead Season 3 Episode 4, Killer Within. The prison got swamped with walkers, and Rick, Daryl, and Glenn got busy trying to secure the gates. At the same time, Lori has gone into labor, and Carl takes her and Maggie to the boiler room.

When Rick blocks the gates, an alarm starts because of backup generators, drawing in more walkers. Rick, Daryl, Glenn, and the prisoners proceed toward the generator room to stop it. 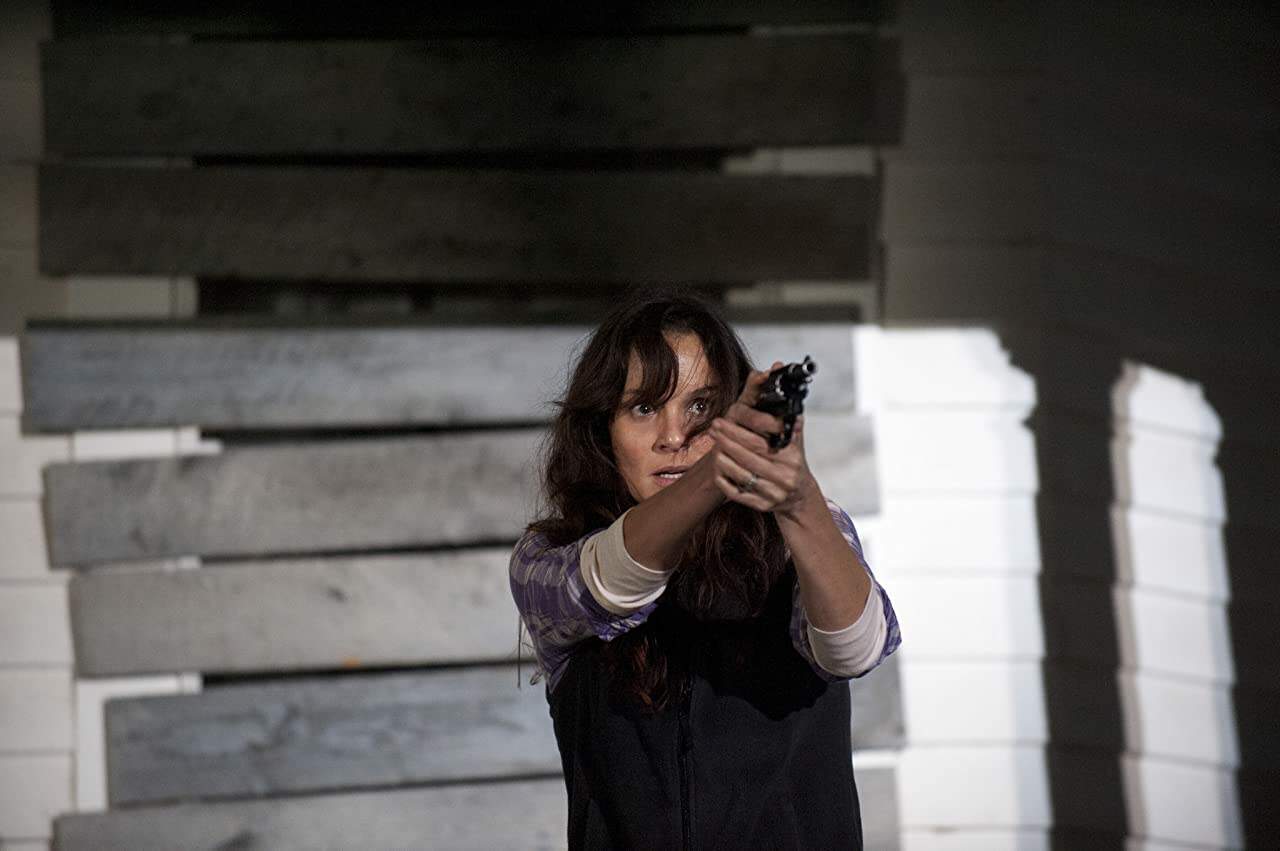 Lori’s labor doesn’t go as planned, and she asks Maggie to perform a C-section to protect the baby, even if it kills her. She farewells Carl with, “You’re the best thing I ever did.” Maggie proceeds with the C-section and saves the baby, but Lori dies. A mourning Carl shoots her preventing her from tuning. Rick and the group return but only see Carl, Maggie, and the baby, and he realizes Lori is dead.

TWD’s Season 3 Episode 4, was written by Sang Kyu Kim, directed by Guy Ferland, and released on November 4, 2012. Not only does the episode mark the death of Lori but also of T-Dog (played by IronE Singleton). According to the planned script, Carol was supposed to die instead of T-Dog. Singleton informed the press that he was happy with his death since it was “heroic.”

Lori’s death was unquestionable, and she was always supposed to die. Sarah Wayne Callies said in an interview that she chose the role knowing that she would die at some point. She told the interviewer that for her, both Shane’s and Lori’s death were emotional.

Her death was supposed to be a little late, but Glen Mazzara decided to kill her, and writers brought it up close. Though she died in Episode 4, her last appearance was in the final episode of Season 11, where she appears in a flashback.

How Did Lori Grimes Die In The Walking Dead Comic Series?

Lori’s death marks a massive change between the adaptation and the comic series. The writers, directors, and producers relieved the fans by not following the comics’ script. In the comics, Lori survives Judith’s birth, and Rick accepts her without knowing whether she is his biological daughter or Shane’s.

When the Governor attacks the prison, he sees Lori running away with Judith and orders Lilly Caul to kill her. Lilly shoots her in the back, and Lori falls; she dies with Judith crushed underneath her, suffocating the newborn to death.

Both Lori’s death and Judith’s fate are entirely different in the series adaptation. But had they followed the comic, many might have stopped watching it long ago. Well, any more words and it would only be spoilers. Good Luck is streaming the show.

Also Read: What Episode Does Deku Get His Second Quirk? Blackwhip Quirk Explained