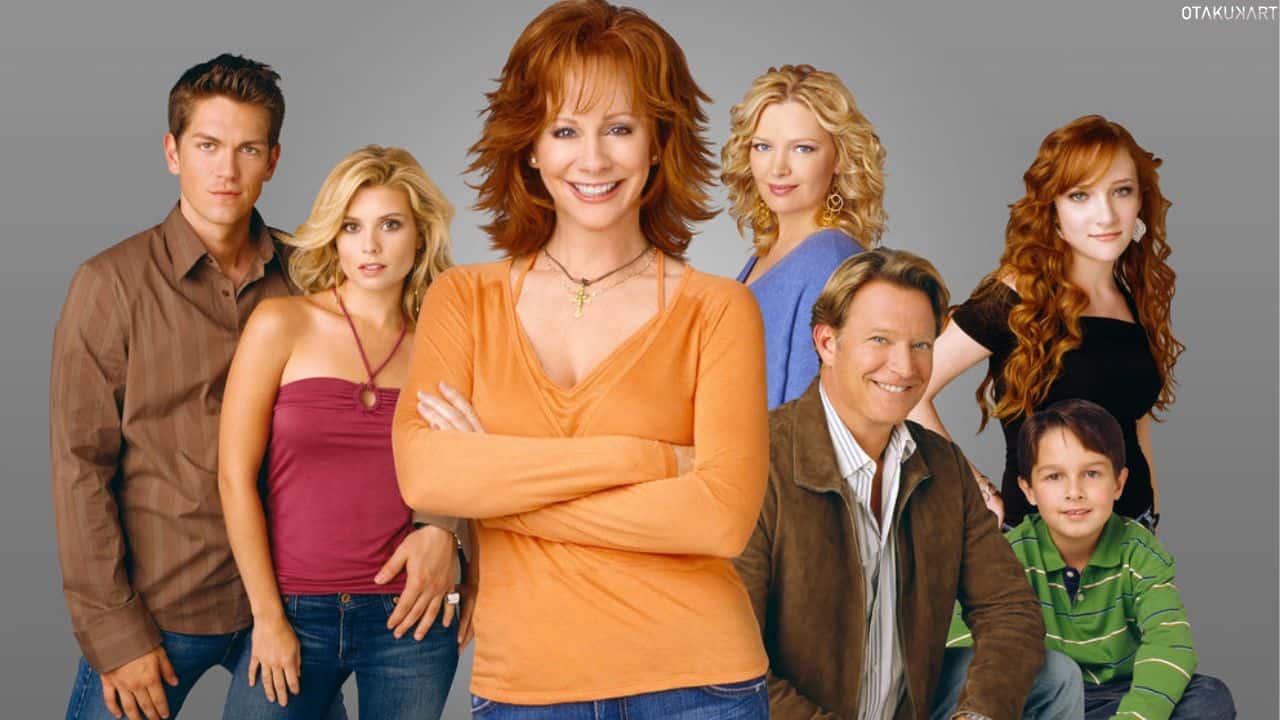 One of the most well-liked artists is Reba McEntire, and her CW TV show “Reba” is very acclaimed as well. However, in this post, we shall see about the cast of Reba and where they were then and now. From October 2001 to February 2007, when the successful sitcom series’ six seasons drew to an end, the cast stayed close.

Although the series finished 16 years ago, the cast and characters are still vivid in the viewers’ minds, which further fuels their interest in where they are all at the moment. The sitcom depicts the story of Reba, a solo mother who strives excessively yet has grit and determination in life and compassion for her child.

This sitcom has a distinction for being one of the funniest yet uplifting sitcoms and has kept viewers interested for six years. Most significantly, the cast of the series is what makes it entertaining to watch because each character has an entirely distinct personality and energy.

As per sources, we now know that the entire group is so close and attached to one another that they often go on vacation together and are frequently spotted hanging out. Of course, they have changed considerably since then, so we will see them all here. So, without any further ado, let us see about the whole cast of Reba.

Some of the show’s once-young characters have matured rather well and become amazingly strong adults. And seeing our favorite characters is definitely quite exciting. We will further briefly discuss the cast members’ lives, careers, and current positions in the following part. You will also get to see how they used to look vs. how they look now. So let’s get started with it.

The fantastic actor and singer Reba McEntire has maintained her reign over the music industry by delivering incredible recordings. In the television series Reba, Reba plays a single mother who has been divorced from Brock Hart. After Reba, she was also seen in Malibu Country, Spies in Disguise, Big Sky, Better with You, and much more. 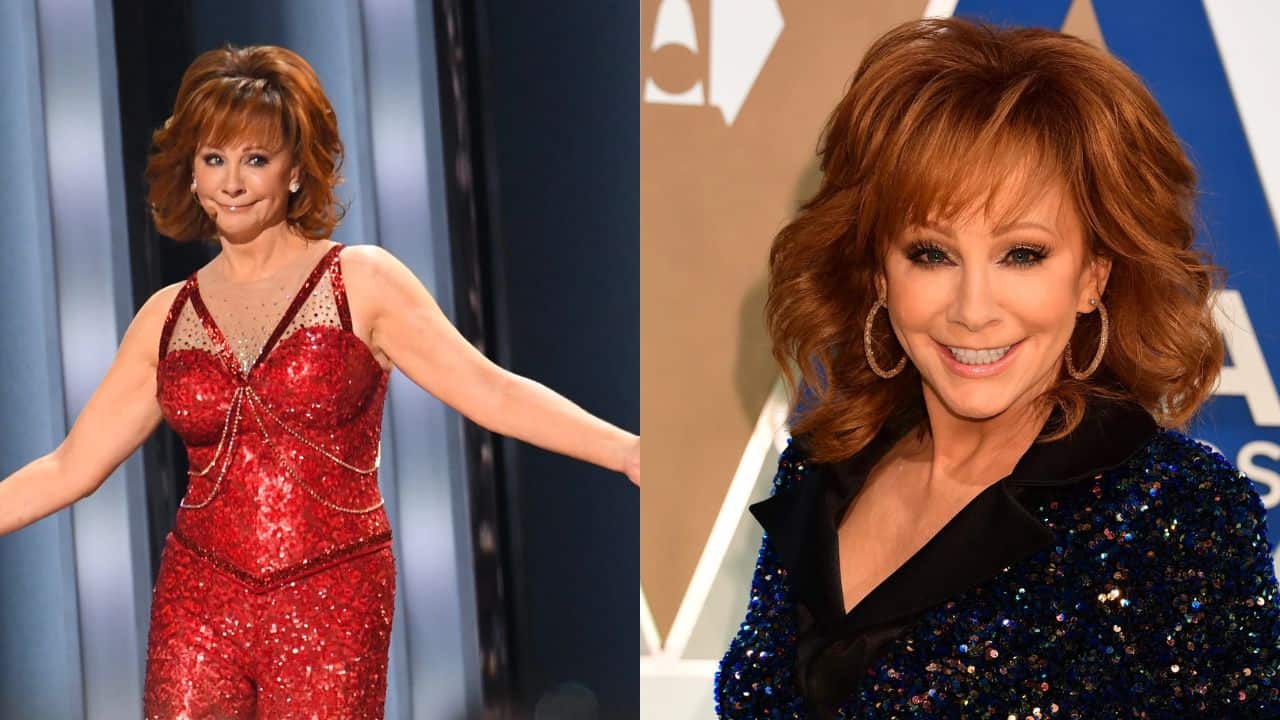 Her latest film with “Reba” co-star Melissa Peterman is “The Hammer,” and her most recent album was “Stronger Than the Truth.” This film has been one of Reba’s most eagerly anticipated, and it is already succeeding.

Speaking of her personal life, Narvel Blackstock, with whom she has a son named Shelby Blackstock, divorced in 2015. She did, however, date Miami actor Rex Linn in the early part of 2020, and their relationship gained a lot of buzz after they went on a dinner date.

Kyra Hart, whom Scarlett Pomers portrayed, was Reba and Brock’s second daughter, and like her mother, she had a keen intellect. Her final acting gig was as Kyra. She struggled with anorexia during the filming of the series, and after finishing Reba, she decided to stop acting. Since she is a photographer, she also has other interests and aspirations. 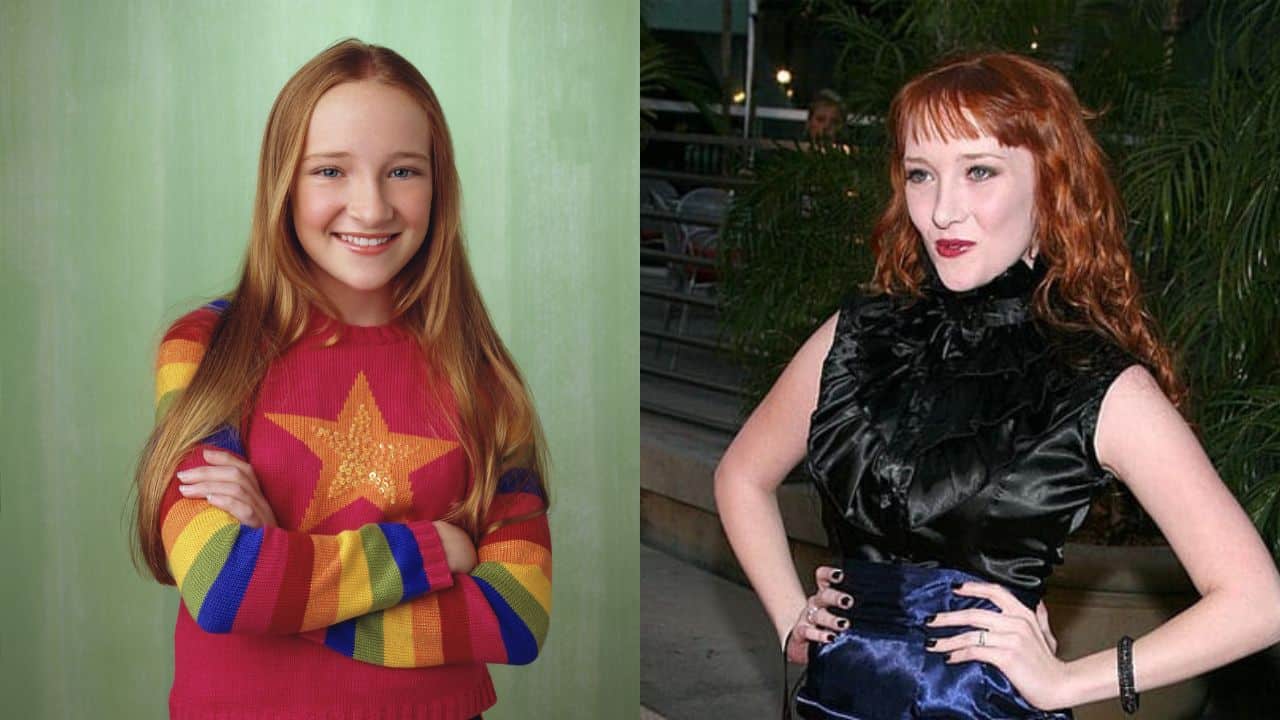 Besides Reba, her performance as Naomi Wildman on Star Trek: Voyager has received the greatest praise. After that, in 2010, her song “Insane” became well-known, and she received a lot of credit for it. Then, young lady, she evolved into a stunning woman.

Mitch Holleman portrays Reba’s youngest son Jake Hart. Holleman was seen in various movies and shows like The Hangover, Guadalajara, Shake It Up, Astrid Clover, and Bus Driver. He has also lent his voice to some of the anime series. 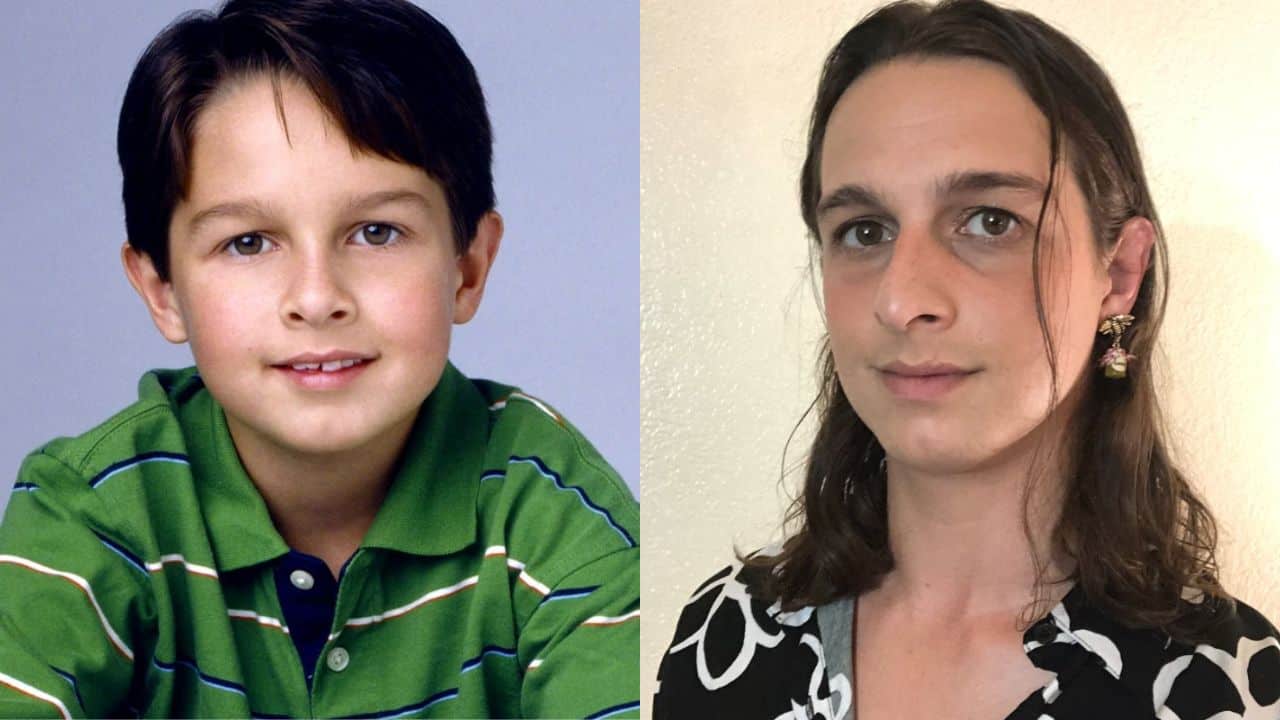 Mitch entered the field at a relatively young age, but Reba, the actor, has struggled in her professional life. But despite the fact that everything was not going as per his luck, he persisted in working, even in numerous smaller roles.

Most recently, he has hosted a podcast named “Extremely Internet” alongside Kyle Anderson and Gracie Todd. He got married to Emma Elizabeth in 2020.

Of course, no one can forget Christopher Rich, who portrayed Brock Hart, Reba’s ex-husband, in Reba. Because of what he has done, he is occasionally labeled as a flipper, a greedy person, and other things. He left Reba as a younger woman he is in love with, who also works in a profession very similar to his. However, Rich’s persona will always be remembered. 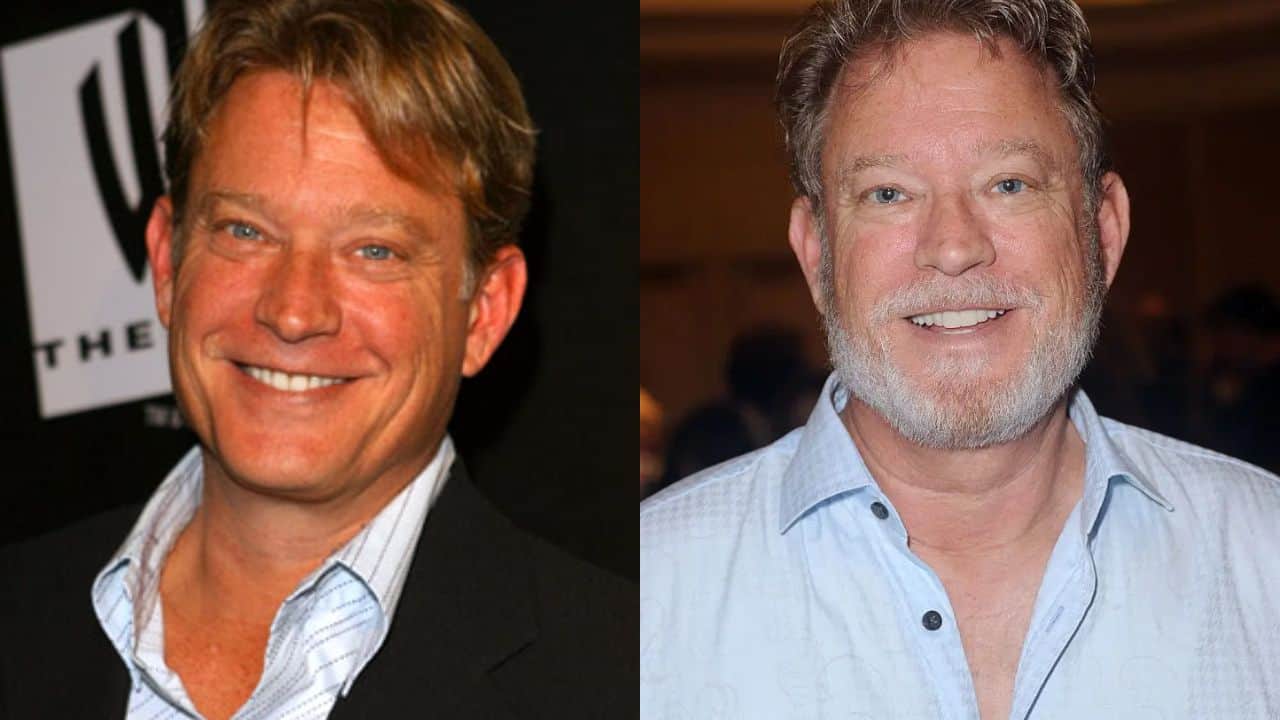 He has, however, also appeared in a number of films, including Spiked and Christmas in the Heartland. Since 2003, Rich has been wed to Eva Halina Rich. In total, he has three children—one with her ex-wife and two with her current spouse.

One of the most loved characters in Reba was Cheyenne Hart. She played the oldest daughter of Brock and Reba, who found out she was expecting a baby before starting high school. Nevertheless, she marries her partner after the incidents. The actress married MLB star Nick Swisher in 2010, and she now has two beautiful daughters, Sailor Stevie Swisher and Emerson Jay Swisher. 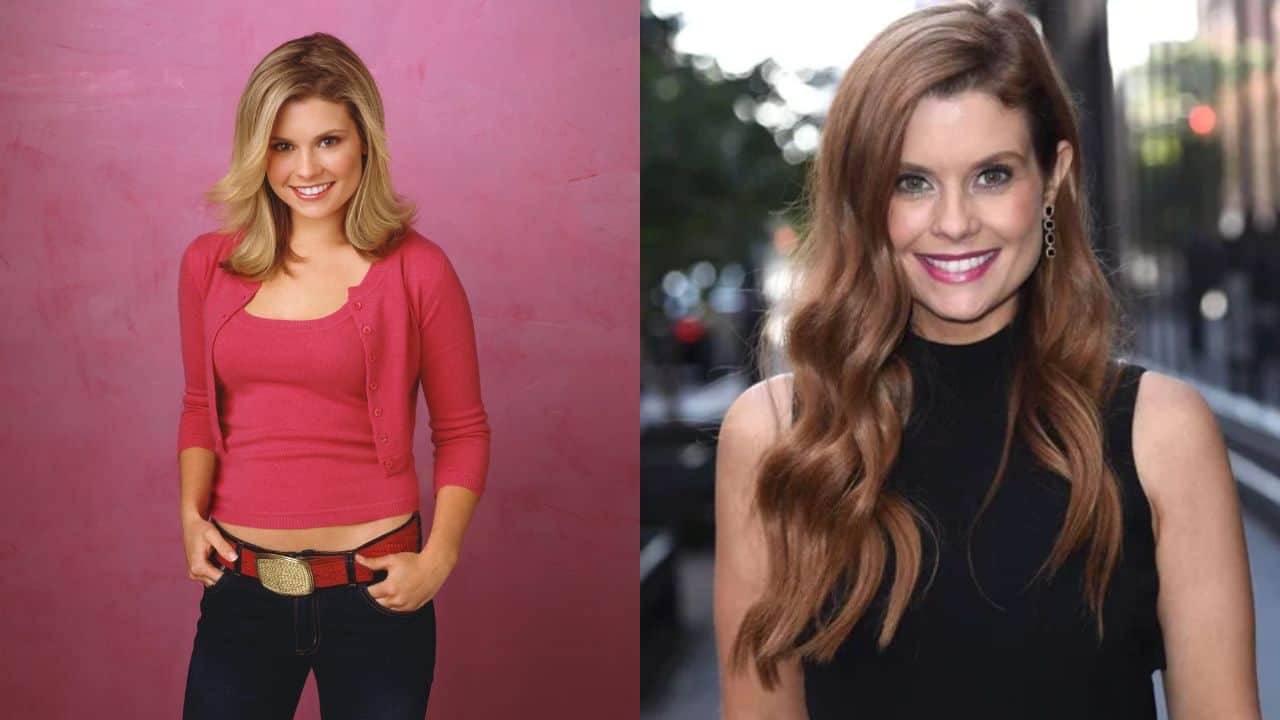 Following the sitcom, the actress appeared in other tv programs and motion pictures, including Once Upon a Time, Privileged, Revenge of the Bridesmaids, The Mindy Project, Fist Fight, and others. She received a lot of praise for her performance in the series Sweet Magnolias, which was her latest release.

Van Montgomery, depicted by Steve Howey, is Reba’s oldest daughter’s Cheyenne boyfriend, later husband, with whom she becomes pregnant. In order to be with her, he moves out of his parent’s house and into Reba’s. Until he learned about his spine issue, he was really driven to have a bright future in sports.

Van works closely with Reba as a realtor and is quite close to her. Reba’s support of him during this trying period has earned him a lifetime of gratitude. He loves her daughter a lot, but the only flaw he has is how he talks with his wife, which is just so nice. However, with other family members, he shared a great bond. 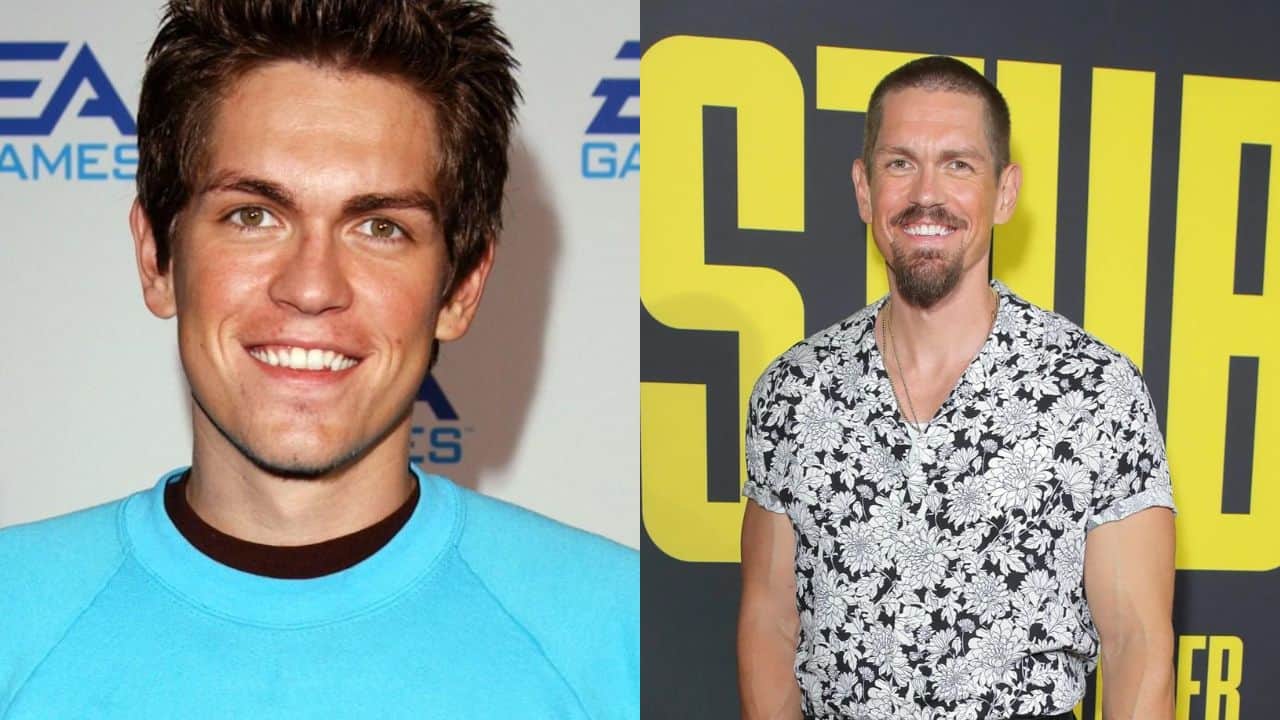 Steve appeared in a number of movies and tv shows, including Shameless, SEAL Team, Bride Wars, Twins, Day Shift, Sons of Anarchy, Making Babies, Something Borrowed, Shameless Hall of Shame, Unleashed, See You in Valhalla, Dead to Me, and many others. He will now appear in True Lies (2023).

He has three children with his eleven-year marriage with the actress Sarah Shahi. After 11 years, the couple decided to get a divorce, shocking both of their followers.

It was Melissa Peterman, a.k.a. The hygienist Barbra Jean with whom Reba’s ex-husband Brock had an affair. She has a loud personality and is kindhearted, but she frequently falls victim to jokes told by others. She also had a great attachment to Reba. She also becomes pregnant with Brock, though. Throughout the entire show, her comic timing has been a consistent source of amusement.

Peterman is seen in many shows like Baby Daddy, The Singing Bee, Working Class, Person, Place or Thing, Pretty the Series, Young Sheldon, Bet on Your Baby, and Last Man Standing. She is a hyperactive woman and is also seen hosting some TV shows like Dancing Fools. 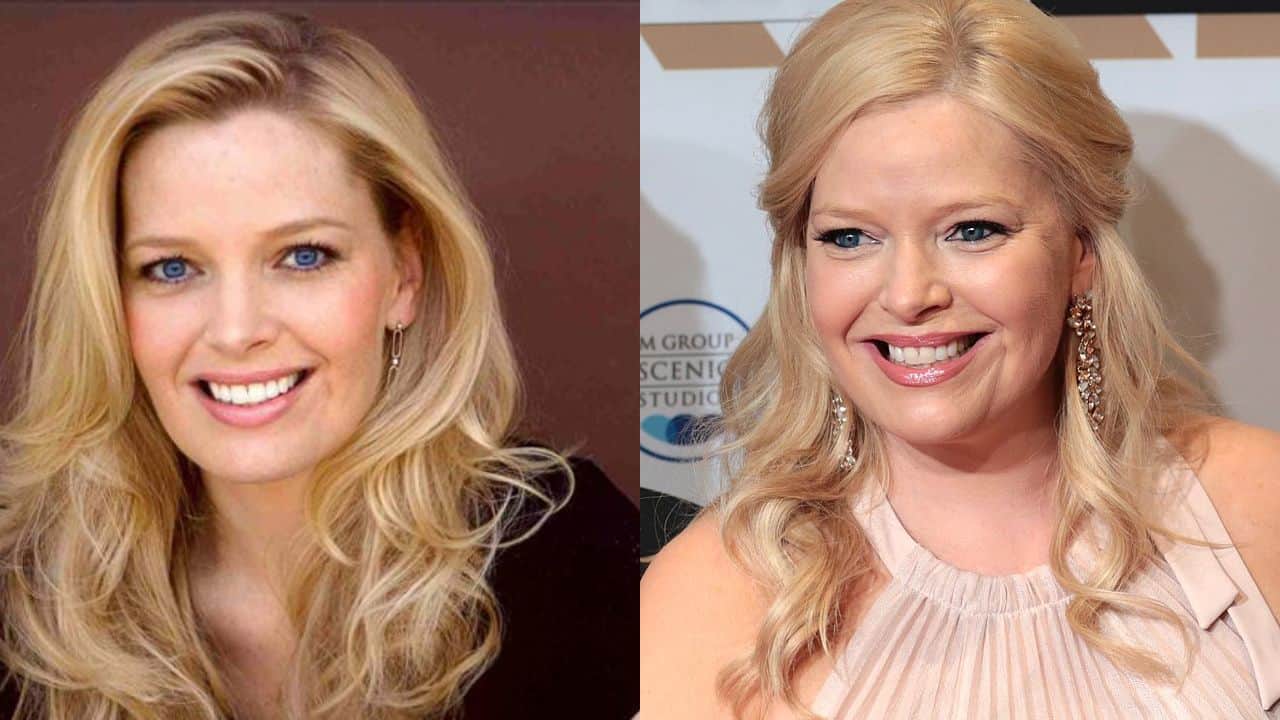 She has also acted in movies like Here Comes the Boom and Muffin Top: A Love Story. Her most recent release, though, is “The Hammer” featuring Reba McEntire. Melissa has been married to John Brady since 1999, and they also have a son Riley David Brady.

Everyone will always hold a special place in their emotions for Reba and her entire ensemble. The relationships don’t cease there; numerous cast members have appeared together at events like podcasts and awards shows. Melissa Peterman and Reba McEntire remain great friends after all these years, and their friendship is still very strong.

Reba was nominated for numerous categories and won the 2002 People’s Choice Award for Favorite Female Performer in a New Tv Show. The hit television show at the time was filmed in the neighborhoods of Houston, Texas. Thus, these were all the details about the cast of Reba and how the actors have changed throughout the years.