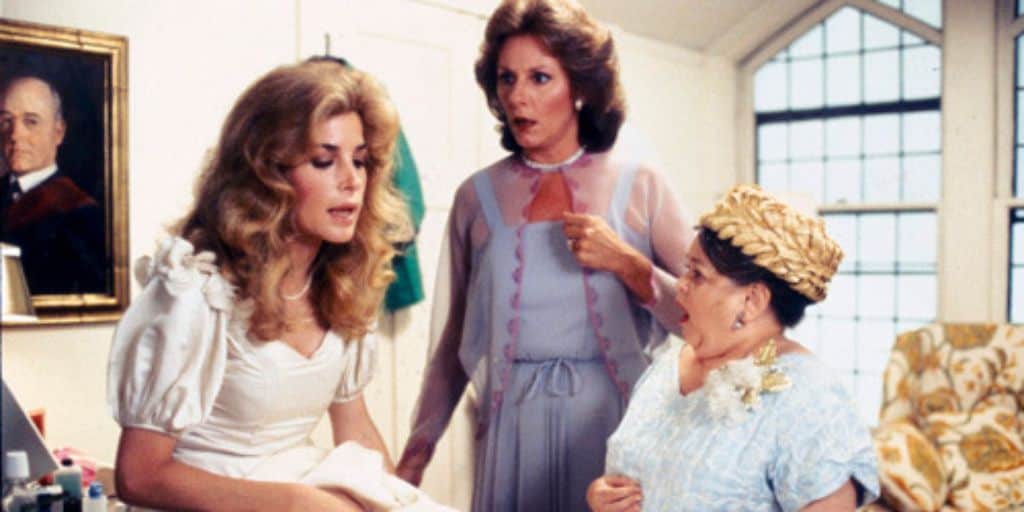 Sixteen Candles Cast Then And Now

Let us have a look at the Sixteen Candles Cast Then And Now. John Hughes was one of the famous movie directors of teen movies in the 80s. Some of his works include The Breakfast Club, Pretty in Pink, Ferris Bueller’s Day Off, and Sixteen Candles. The story revolves around Samantha who is now turning 16 years of age and is now about to join college at the same time her birthday is also there but everyone forgets about that because of her elder sister’s wedding.

The comedy movie shows forms of teenage life like awkwardness, confusion, and loneliness and due to this, it is considered one of the best teen movies of all time. Every teen can relate to this movie it doesn’t matter whether you belong to the 80s or the 90s because it has everything that a teenager faces in his life.

Sixteen Candles Cast Then And Now

Molly Ringwald played the role of Samantha Baker, a 16-year-old teenager in the movie. She worked with John Hughes for the first time in this movie but later went on to work in The Breakfast Club and Pretty In Pink with him. Molly is the main lead of the show, and the story revolves around her.

The movie begins on her 16th birthday, and she goes to high school. Her family didn’t remember her birthday. This movie was her first big hit in her teenage, and she became a star celeb in the 80s.

Some of Molly’s famous films are The Pick-up Artist, Fresh Horses, For Keeps, Something To Live For: The Alison Gertz Story, The Stand, SPF-18, The Kissing Booth, and King Cobra. She is now in her 50s and is married, and the couple has three children. She is also a writer, musician, and grown-up narrator. 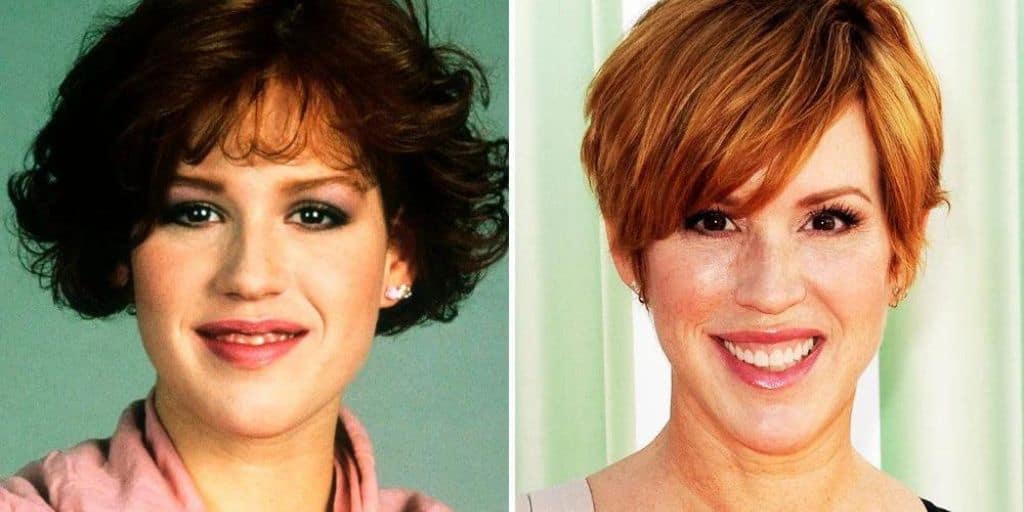 Molly Ringwald Then And Now

Anthony Michael Hall played the role of Geek in the movie, aka Farmer Ted. He was a school nerd. In the film, Anthony tries to hook up with Sam because Sam has challenged his friends that Anthony cannot do that. However, his plans didn’t work, and he accidently slept with Caroline. He worked in movies like The Breakfast Club and Weird Science.

Out Of Bounds, Johnny Be Good, Edward Scissorhands, Six Degrees Of Separation, The Dark Knight, Foxcatcher, Natural Selection, The Photographer, Live By Night, Bodied, and War Machine. He is still in the industry and is currently working in movies, and recently he worked in the TV series The Goldbergs. 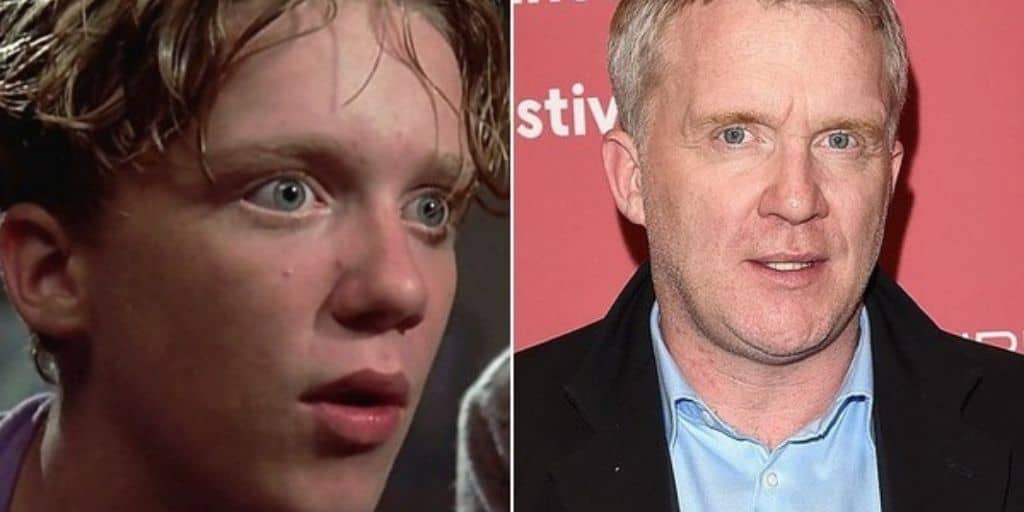 Anthony Michael Hall Then And Now

Justin Henry played the role of Mike, the younger brother of Samantha. He also received an Oscar nomination for the movie Kramer vs. Kramer when he was seven years old. Justin went on to work in Martin’s Day, Finding Home, The Junior Defenders, Sweet Hearts Dance, and Reaper. He took a break in 2014 but later, returned in 2019 to work in The New On Cinema Oscar Special. He is also a co-founder of the Slamdunk Film Festival which he founded in 1998. 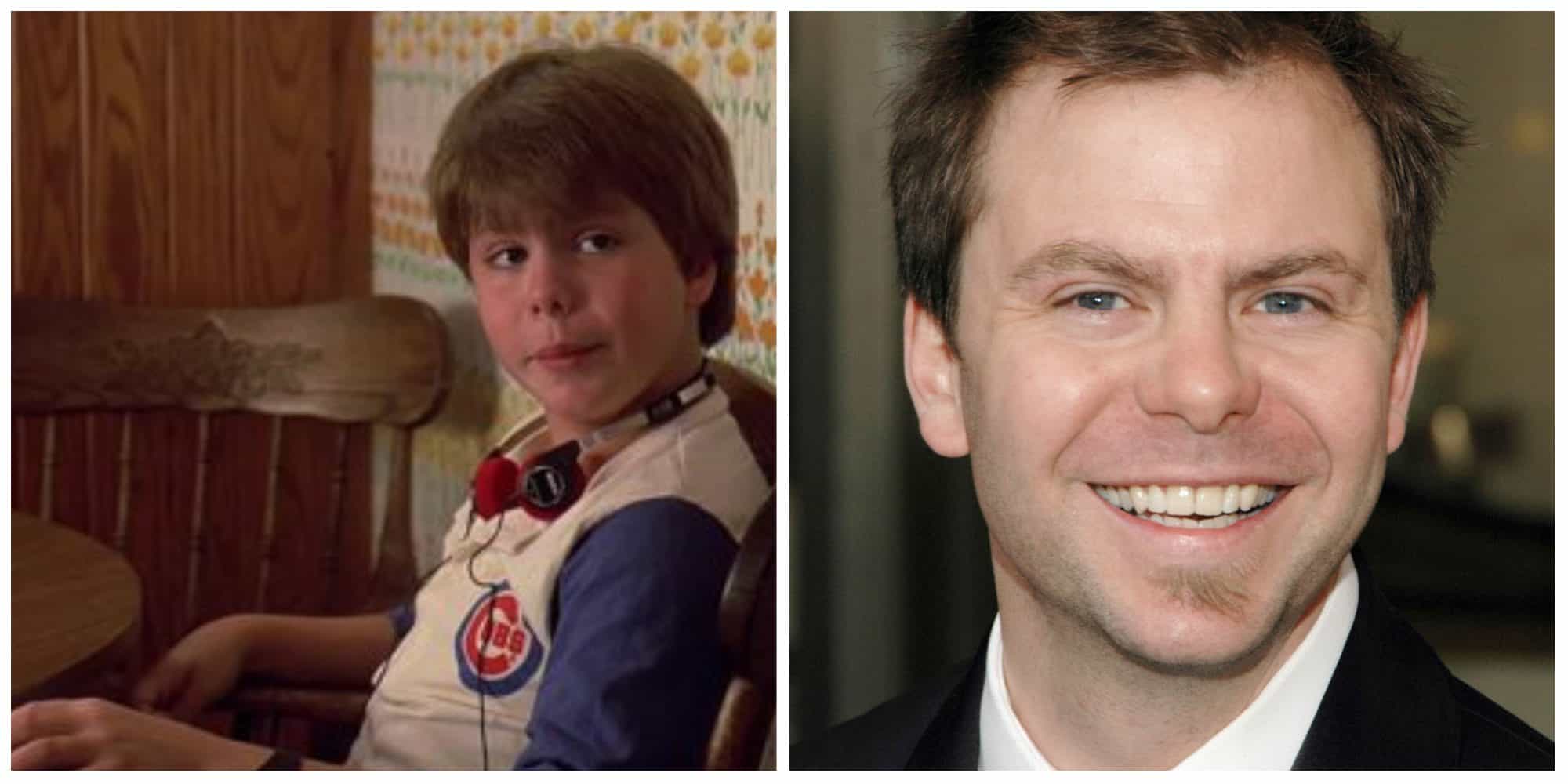 Justin Henry Then and Now

Michael Schoeffling played the role of Jake, who was Samantha’s crush. He made his debut in this movie. He worked in films like Let’s Get Harry, Sylvester, Vision Great, Longtime Companion, Slaves Of New York, Mermaids, and Belizaire the Cajun. He did his last movie in 1991, titled Wild Hearts Can’t Be Broken, in which he played the role of Al Carver. He is now enjoying his retired life with his wife, Valerie Robinson, in Pennsylvania and his two children, Scarlett and Zane. He also owns a Woodworking Shop. 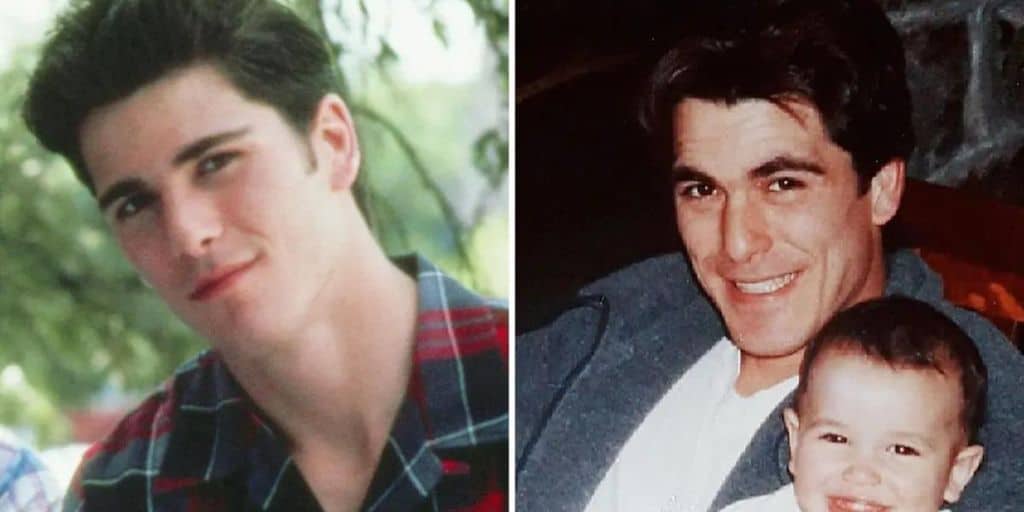 Haviland Morris played the role of Caroline in the movie Sixteen Candles, which was her debut film. She is Jake’s girlfriend and the most popular girl in the school. Haviland also did Reckless in the same year and has done movies like Cherry Crush, Home Alone 3, A Shock to the System, Love Or Money, Jack and Diane, Burning Blue, and Better Off Single.

She also did a TV series titled One Life To Live, in which she played the role of Claire Baxter. The show premiered from 1999 to 2003. She is now a real estate agent after she retired from the industry in 2014. Morris lives with her husband, Robert Score, and two children, a daughter named Faith and a son named Henry. 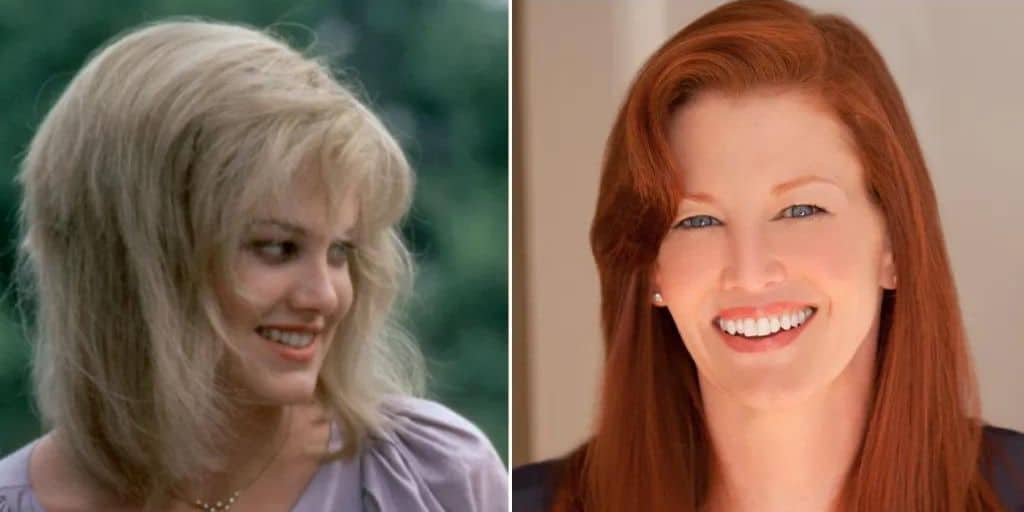 Haviland Morris Then And Now

Gedde Watanabe played the role of Long Duk Dong, a foreign exchange student from China who lived with Samantha’s parents’ whom he helped prepare for Ginny’s wedding. The movie was one of his first movies, but later, he established himself as a successful actor and acted in shows like Gung Ho and Gremlins 2: The New Batch.

Some of Gedde’s other movies and TV shows are Vamp, Perfect Alibi, Mulan, Two For the Money, Mulan 2, 47 Ronin, Parental Guidance, Forgetting Sarah Marshall, Murphy Brown, Everwood, Home Improvement, and Seinfeld. He did a show titled ER, which aired from 1997 to 2003, in which he played the role of Nurse Yoshi Takata. He had a long career and directed a short film titled She Had It Coming in 2020. 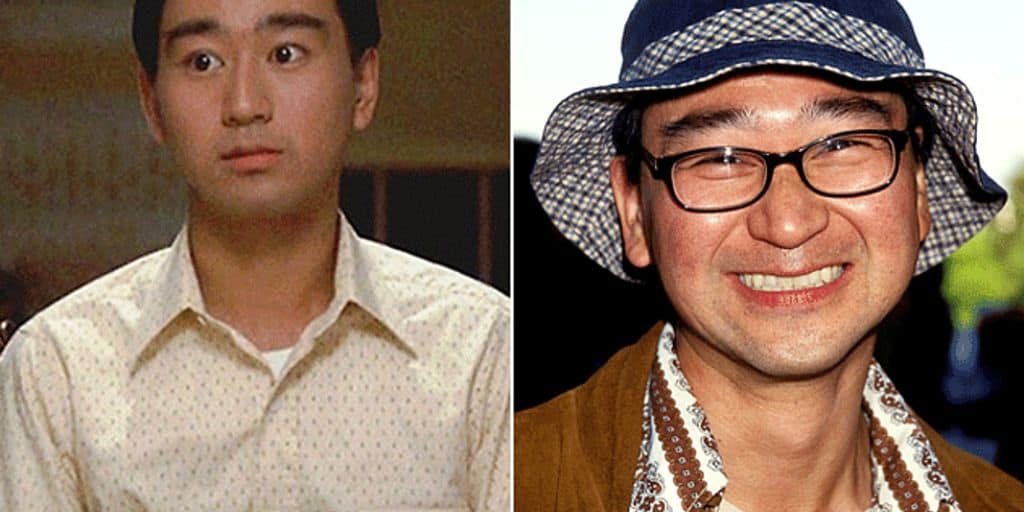 Gedde Watanabe Then And Now

Debbie Pollack played the role of Marlene, aka Lumberjack, in the movie and was the girlfriend of Long Duk Dong. Sixteen Candles was her first professional film debut. She took a break from acting from 1993 to 2007 before doing some memorable roles. She did a show titled Santa Barbara and played the role of Sister Agatha. Her other appearance includes ER, American Horror Story, Desperate Housewives, Criminal Minds, Hooperman, and Casual. Her recent appearance was in 2022, in which she did a TV series for Apple TV, and the show’s title was For All Mankind. 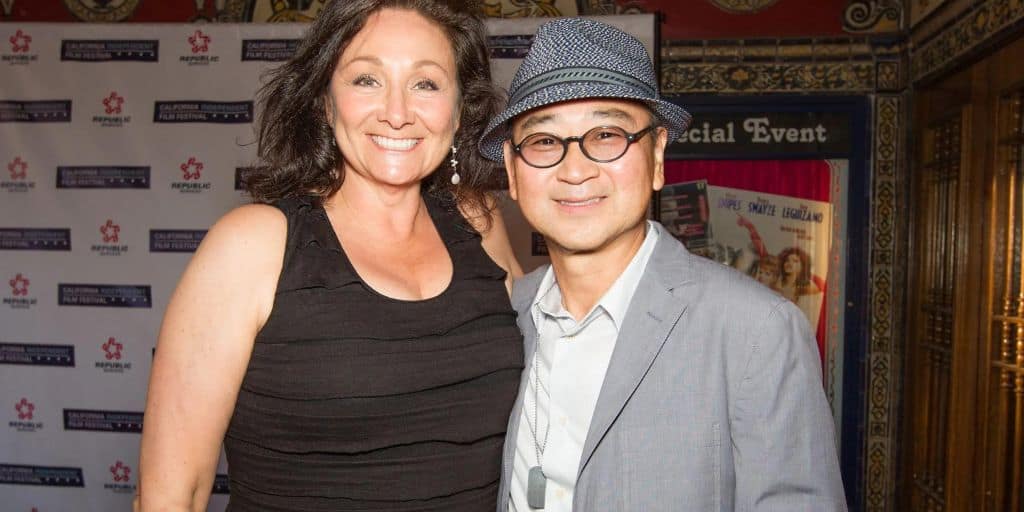 John Cusack played the role of Bryce, a friend of The Geek in the movie. Sixteen Candles was one of his first films of John, and later on, he went on to act in movies like Say Anything and The Sure Thing. In the 80s and 90s, he was a famous actor in the industry. Some of John’s famous movies are Being John Malkovich, High Fidelity, Grosse Pointe Blank, The Raven, Hot Tub Time Machine, 2012, and Maps to the Stars. His latest appearance was on Amazon Prime Series Utopia in 2020. He is now a social media activist along with a massive star. 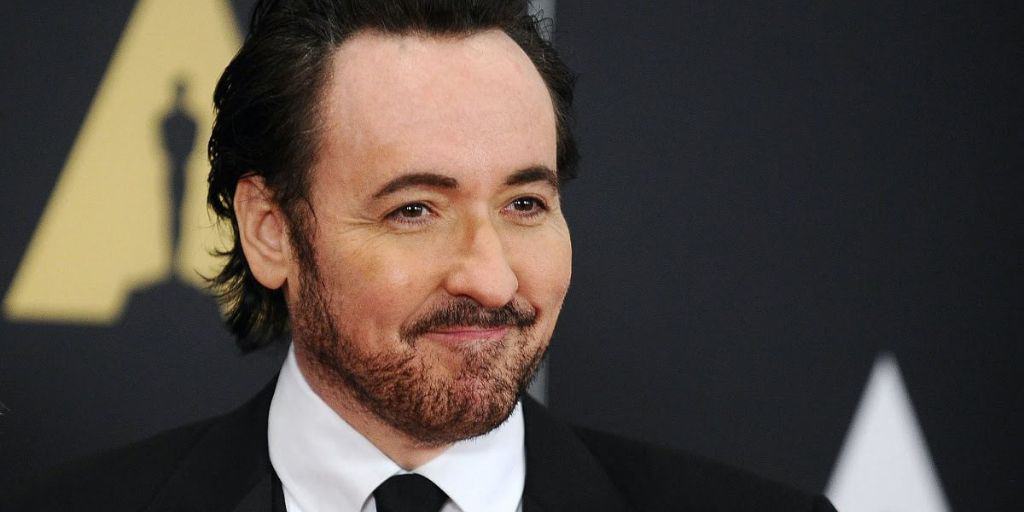 John Cusack Then And Now

Blance Baker played the role of Samantha’s older sister Ginny Baker who is also engaged and impatient. She won an Emmy award for the series Holocaust in 1978. Some of her famous works are Raw Deal, The Girl Next Door, The Grand Theft, The Handmaid’s Tale, Coin Heist, Curiosity Killed The Cat, Alice Fades Away, and Zoe. She has also worked as a writer, producer, and director in shows like The Coffee Shop and Make America Safe.

She took a break in 1995 for a decade after working in the movie Dead Funny and returned in the mid-2000s. She took the break to raise her four children. She is now living with her family and giving time to her family and career. 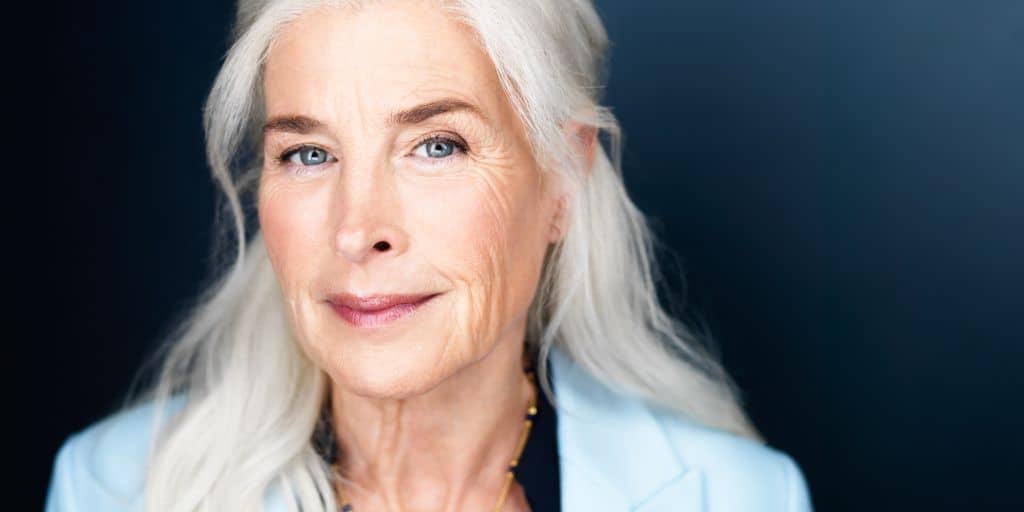 Blance Baker Then And Now

Paul Dooley played the role of Jim Baker who is Samantha’s father, and was the first to remember her birthday. He has been in the industry since his 40s. His other famous include Mother Of The Bride, Clockwatchers, Flashback, Shakes in the Clown, Runaway Bride, Insomnia, Saving Paradise, Hairspray, and Other People, and gave voice for Sarge characters in the Cars franchise.

He is also a writer and a producer for the movie The Middle Ages in 2015. He got married to Winnie Holzman in 1984. Now he is 94 years old and is working in the industry with the same spirit and has more than 200 works in the industry. 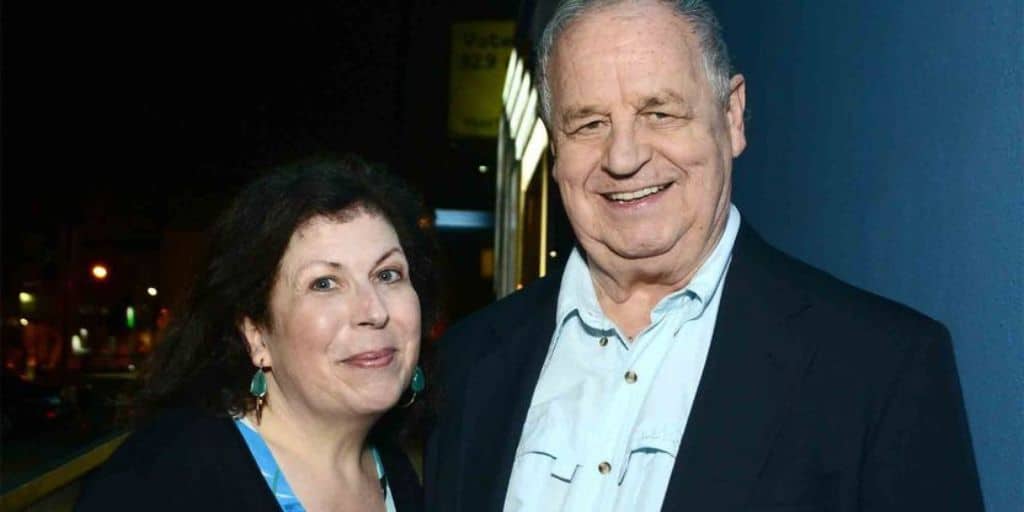 Carlin Glynn played the role of Brenda Baker, Samantha’s mother. She has only worked on 26 projects with some famous names like the sitcom Mr. President, A woman Named Jackie, The Trip To Bountiful, Resurrection, The Escape Artist, Gardens of Stone, Blood Red, Night Game, and Continental Divide. 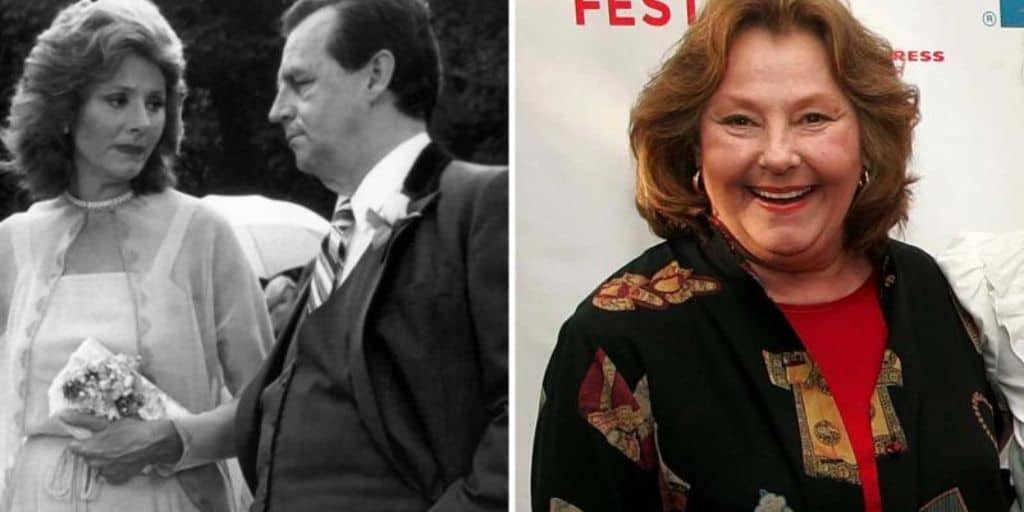 Carlin Glynn Then And Now

Carlin did her last work in 2006 was an episode of the show titled Law & Episode, and after that, she retired from the industry. Peter Masterson, the famous actor, director, writer, and producer, was her husband, but he died in 2018. She has three children.