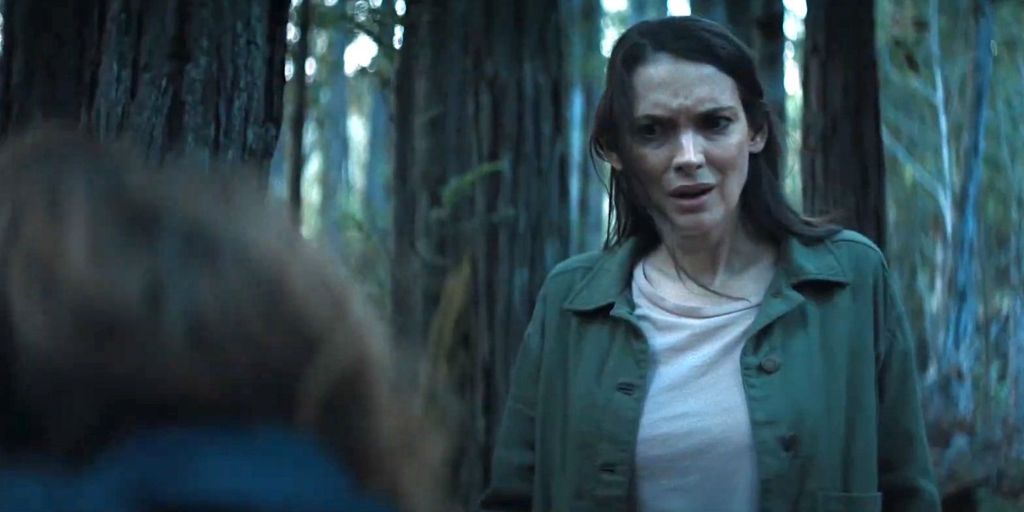 Let us find out what happened in Gone In The Night Ending. Eli Horowitz, making his directorial debut, adapted Horowitz and Matthew Derby’s screenplay for the 2022 American thriller Gone in the Night. Winona Ryder, Dermot Mulroney, John Gallagher, Jr., Owen Teague, and Brianne Tju are the film’s main actors. On March 13, 2022, South by Southwest hosted its world debut. On July 15, 2022, it was released in theatres, and on August 2, 2022, it will be made accessible online on demand.

Gone in the Night is a nasty little thriller with a frightening climax and several stressful moments where it is uncertain whether or not the characters will make wise decisions. The small ensemble’s strong performances, which expertly straddle the line between drama and horror, also contribute to the film’s elevation. Again, the middle drags and is poorly written, but Gone in the Night closes on a violent high note that will get more moos of appreciation than boos. Let us dive into Gone In The Night Ending.

Also Read: How to Watch Baby Driver in 2022? The Hot Thriller Movie

Gone In The Night Ending Explained

In Gone In The Night Ending, Nicholas encounters Al and Greta in the woods where they are hiding. (When Kath came, they were inside the cabin.) They pick Kath out of the shipping container and decide to confront her. Scientists Greta and Al (They were wearing the green lab coat to prepare to harvest Max that night.) Greta wants to harvest Max, but she reveals a significant secret: Nicholas does not have degenerative neuron disease (the letter states a negative test result), so his motivation for receiving a transfusion is to delay aging. Nicholas explains that he wants to spend more time with Al and doesn’t want to get old and frail like his father. He assists Kath in keeping track of her investigation, but they become close. 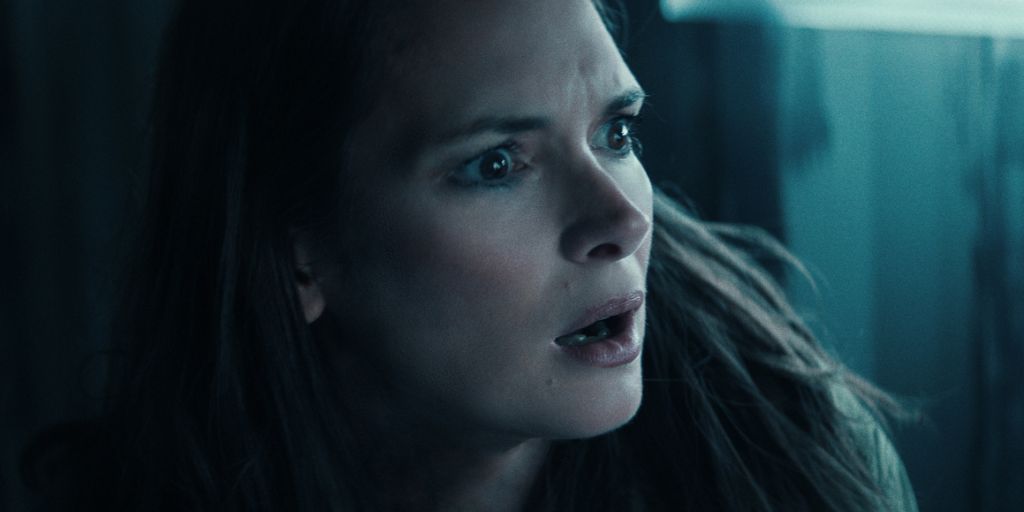 When Kath learns this, she appeals to Nicholas’s compassion by claiming that she also wants the blood transfusion. She claims that she is dating Max to avoid growing old since she fears it. That indicates that Greta must be harvested. Greta is sedative by Al and Nick. All of this, however, is a deception as Kath tries to leave with Max. Max bleeds out as soon as he rips a tube from his neck due to disorientation. Al, Greta, and Nicholas are locked inside the container after Kath exits the building. She goes to her car to gather herself before entering the cabin, opening a window and gazing outside. This was Gone In The Night Ending explained. 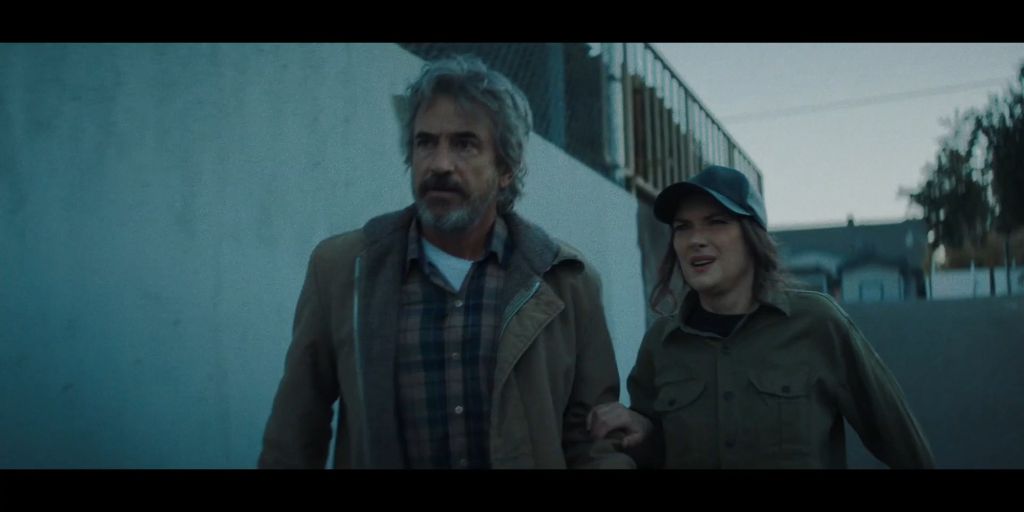 Gone In The Night Movie Review

According to one of the criticisms, Gone in the Night is too much fun to ruin by disclosing its real plot or even by revealing its odd original title. You could call it a sci-fi drama, a horror-thriller, or a dark comedy and be mostly correct. Horowitz and Derby have created a cunning genre-bender that is reminiscent of the outlandish horror comedies of Ryder’s childhood but with a more sober sense of fashion that heightens the impact of its genuinely twisted conclusion.

It’s tough to predict where Gone in the Night will take us because of the genre jumps and bizarre memories. So, like Kath, we can’t help but be fascinated and willing to go along for the ride. Gone in the Night develops a tense discussion about the generational divide within a tightly knit character drama, then pushes on the seams of that struggle to a satirical breaking point of dismal but interesting fantasy. 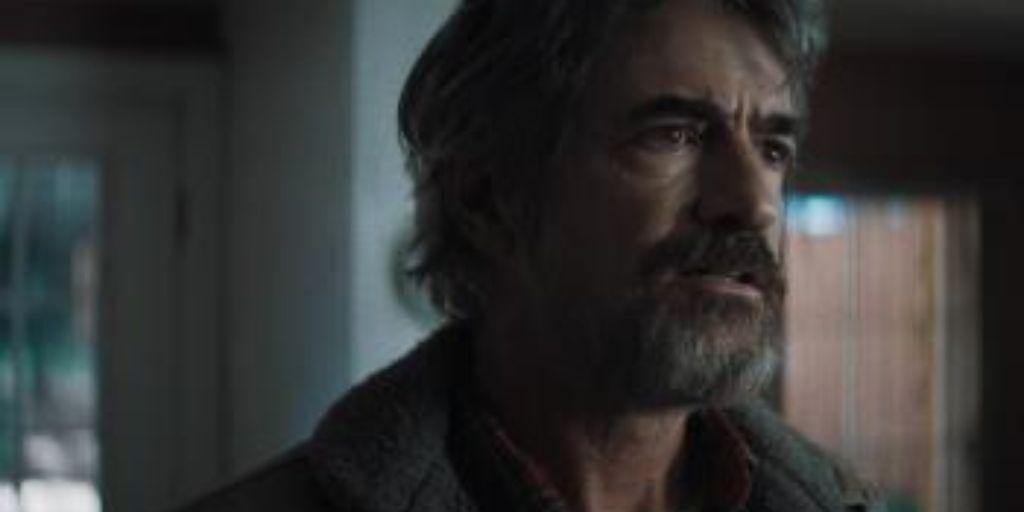 The film’s poor reception, in the opinion of the critics, was regrettable because it had so much potential. A more concentrated opening about a cabin getaway that turns much darker may have at least been entertaining. Instead, it stalls and explains how everyone got there in a boring manner that was meant to be exciting. While everything is going on, Kath moves glacially through her mediocre investigative tale. A slow-burning movie that keeps you in the dark can be intriguing, but there needs to be some sort of suspense.

Instead, we only see scenes where Kath behaves erratically and does nothing. There must be something to latch onto for a story to keep you guessing and genuinely be compelling. We hope Gone In The Night Ending is now easy for you to understand.